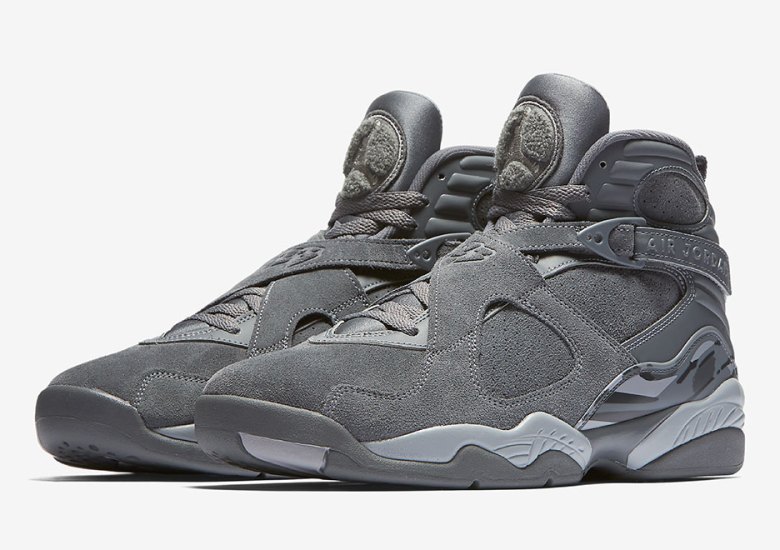 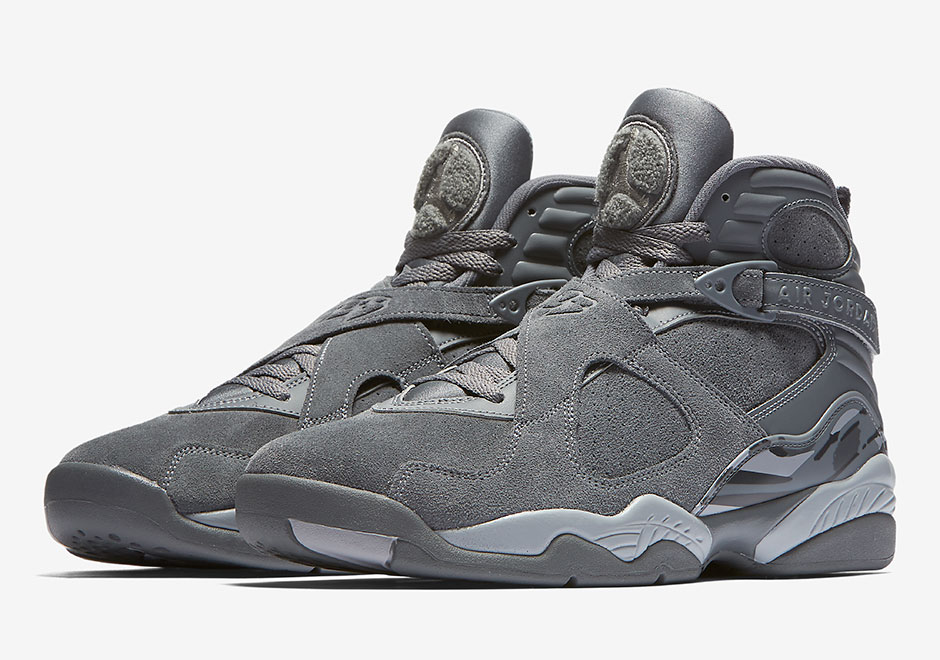 The Jordan 8 is one of the more polarizing signature models in the original Jordan signature series. Even Michael Jordan had issues with the dual-strapped model during the 1993 playoffs given an unexpected ankle injury that had His Airness believing he popped a ligament. Rumor has it Tinker and Nike advised MJ to wear a special shoe to prevent further injury, but MJ wouldn’t allow it. The man knew the strength of his brand even back then. Only three original colorways released, but Jordan Brand is having fun giving the model alternate toolings in Chicago colorways, collaborating with Drake on some upcoming OVO collaborations with a potential Kentucky-inspired Pack on the horizon as well.

Today we get a look at official images of the Jordan 8 Cool Grey set to release on August 26th for $190 USD. The Cool Grey series has always been a fan favorite ever since the colorway appeared on the Air Jordan 11 in 2001 (rumor has it an Air Jordan 11 Low Cool Grey could be on the way next summer). This pair adds a lifestyle twist thanks to suede throughout while a grayscale pattern hits the midsole. Will you be picking up the Cool Grey 8 at the end of the month? Check out more detailed shots below. 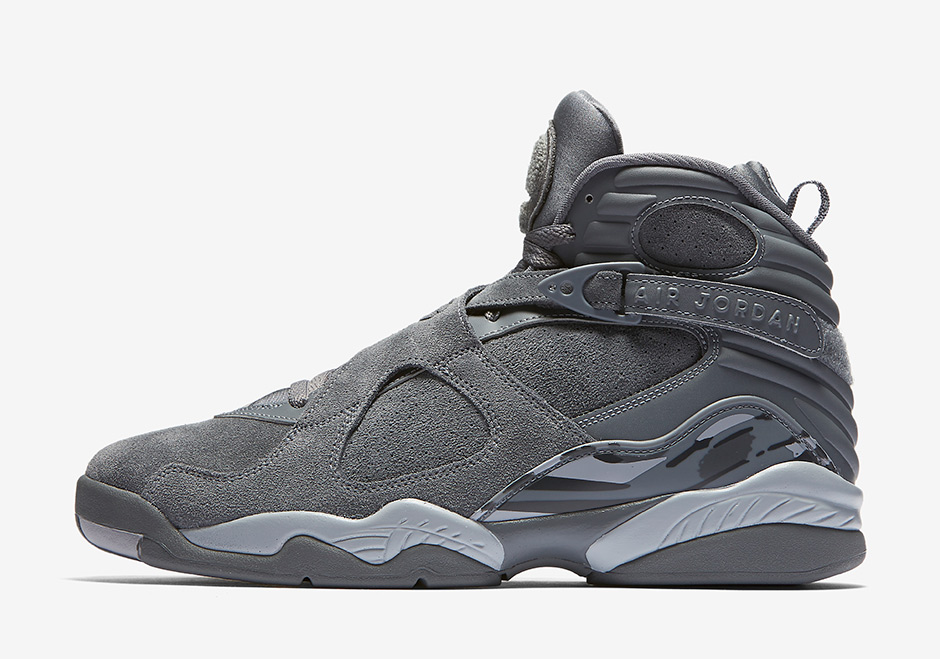 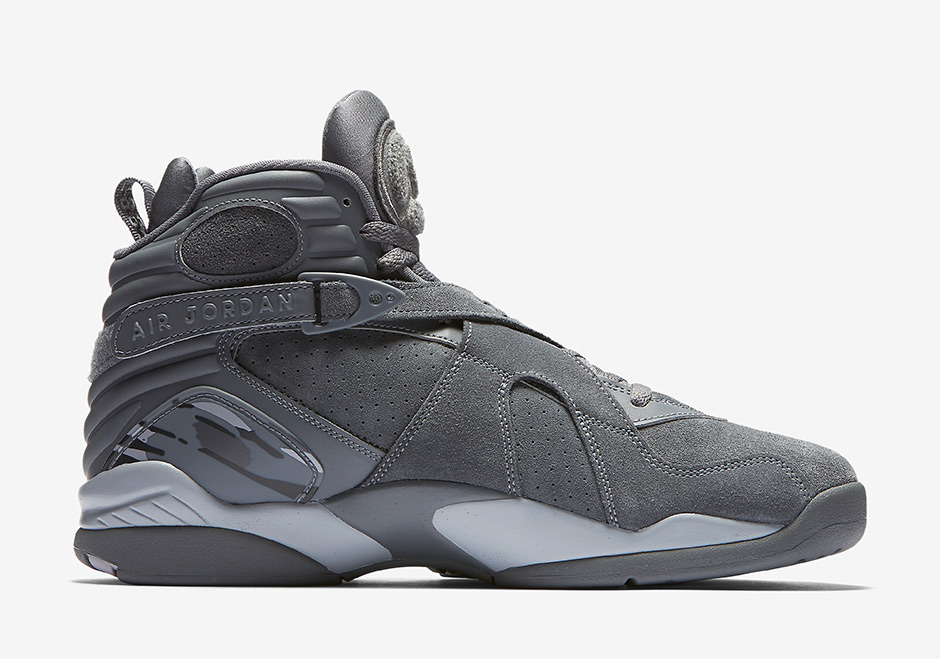 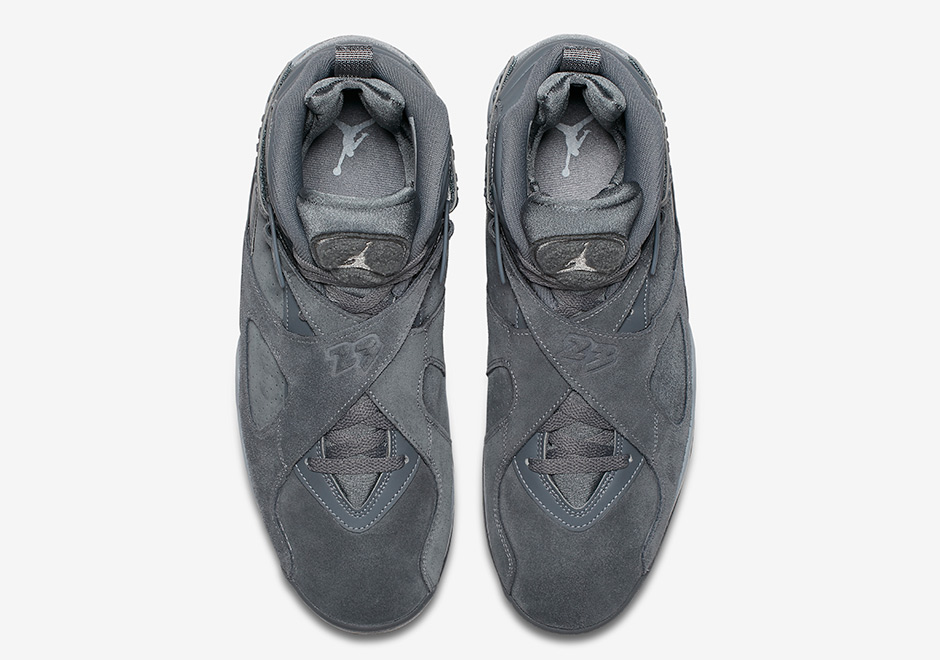 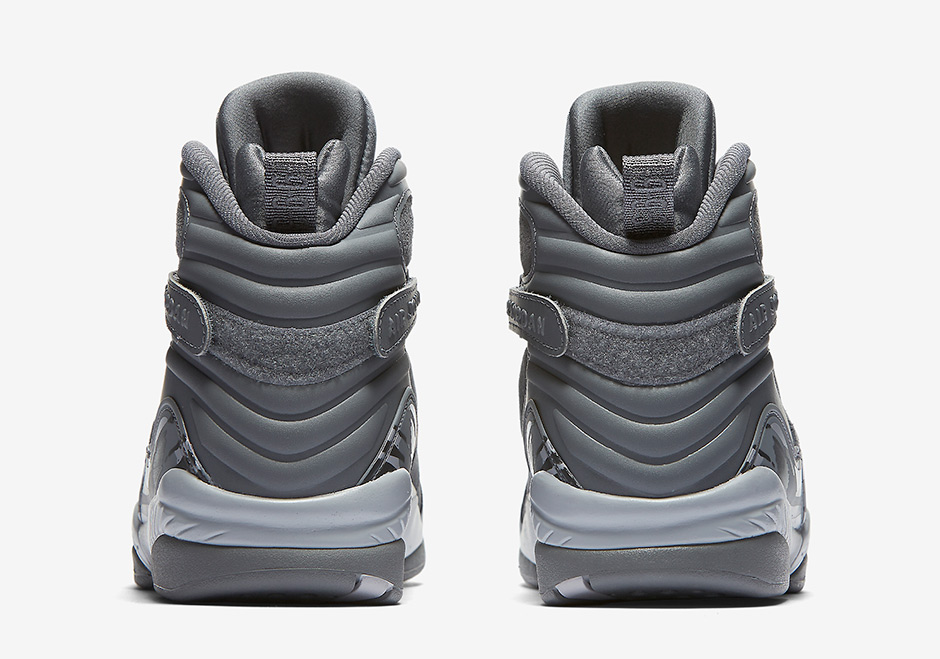 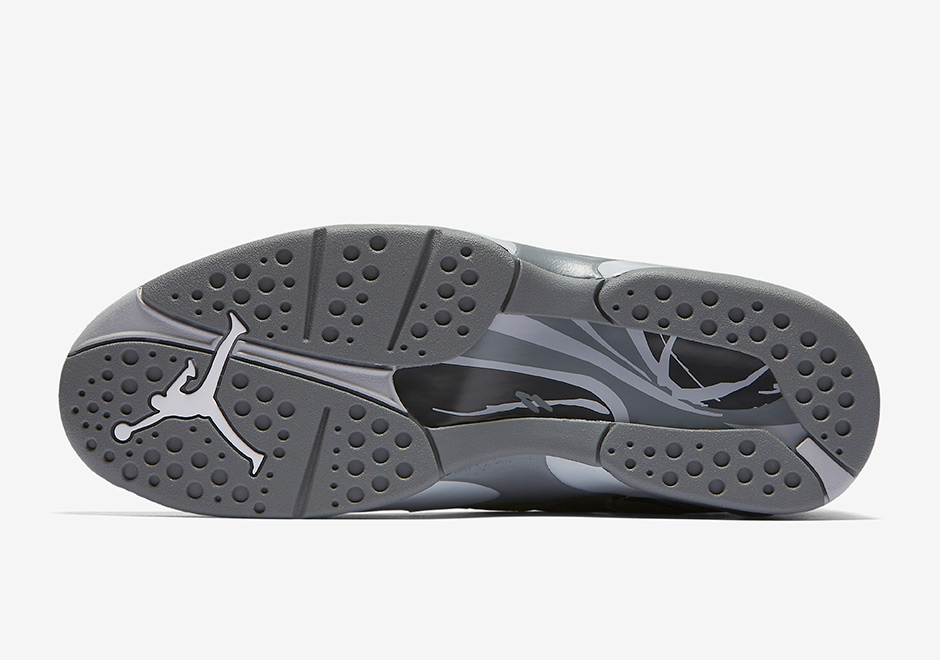