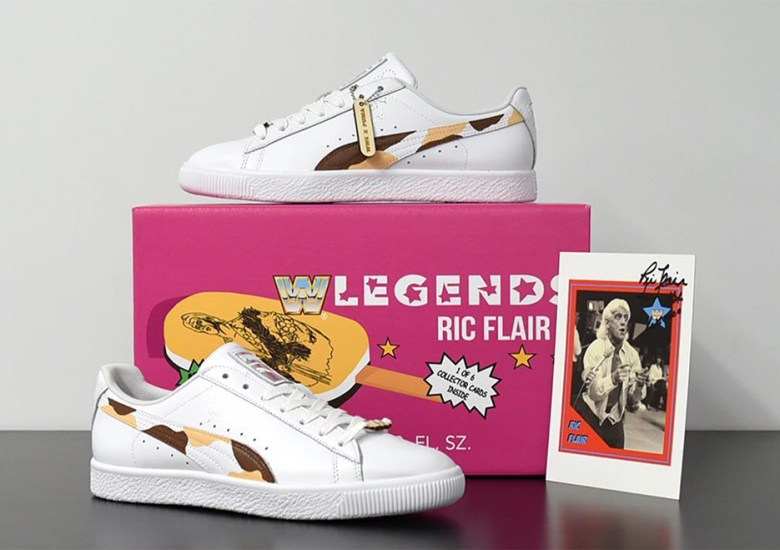 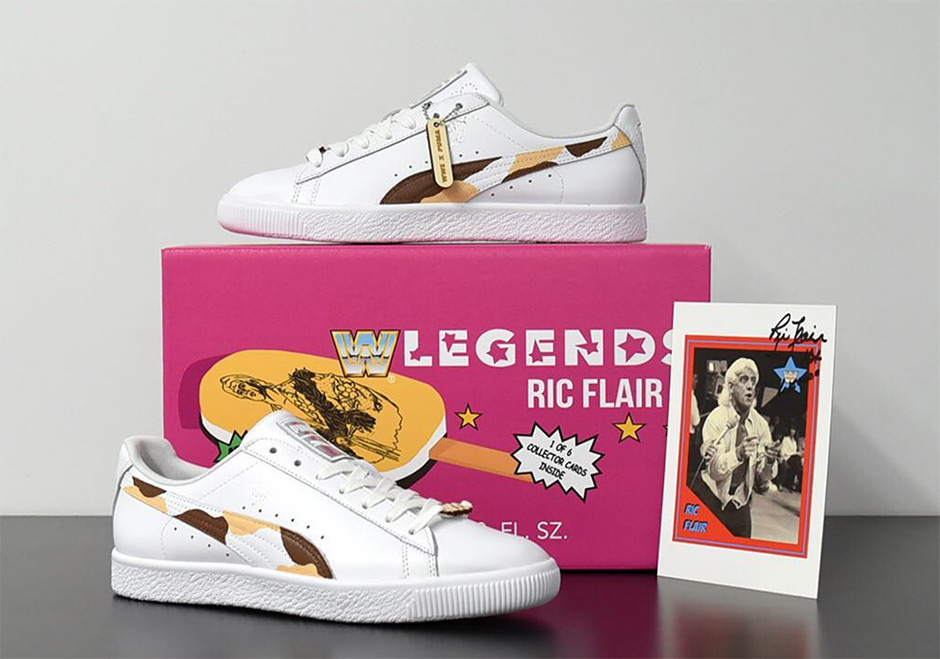 Peter Rosenberg and wrestling fans everywhere were thrilled to see WWE team up with PUMA for a recent Wrestlemania themed collaboration featuring tributes to The Undertaker, Andre the Giant, Ultimate Warrior, Stone Cold Steve Austin, Randy Savage, and Ric Flair. As WWE fans gear up for this Sunday’s Summer Slam event, the wrestling world is currently wishing the legendary Nature Boy a speedy recover during a recent health crisis.

Now PUMA is hosting another special WWE event with Foot Locker at their Times Square NYC Flagship location featuring an autographed ‘Legends Card’ from Ric Flair himself alongside the updated PUMA Tsugi Shinsei and the classic Puma Clyde; the shoe-boxes are inspired by old-school ice cream bars while the camo-style logo mimics the pattern created by the melting frozen treats You can grab each special edition pair tomorrow ($200 for the Tsugi Shinsei and $300 for the Clyde), August 18th in store only followed by an online release in the near future. The Clyde will be exclusive to NYC. 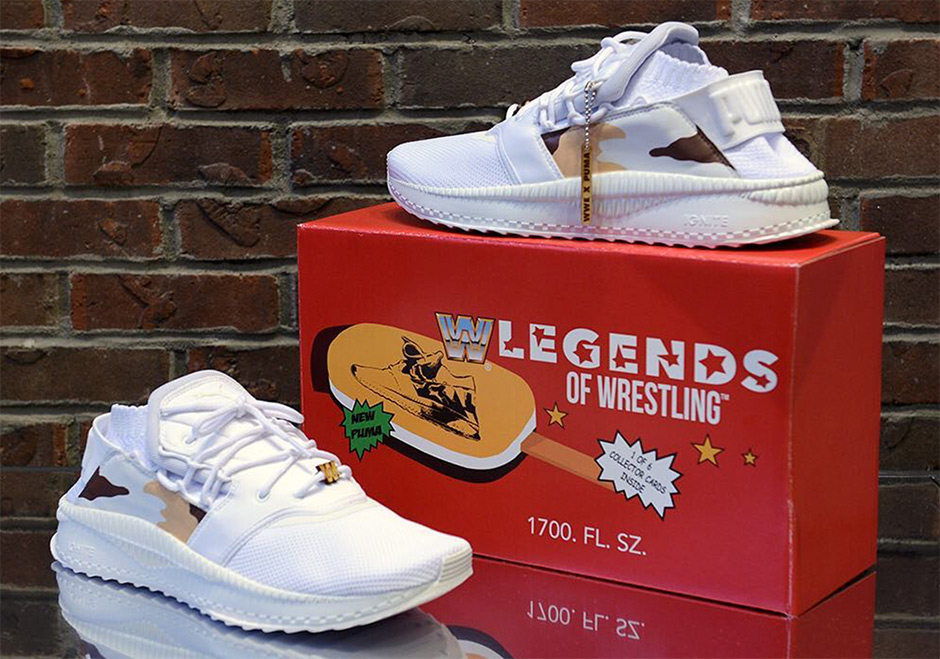