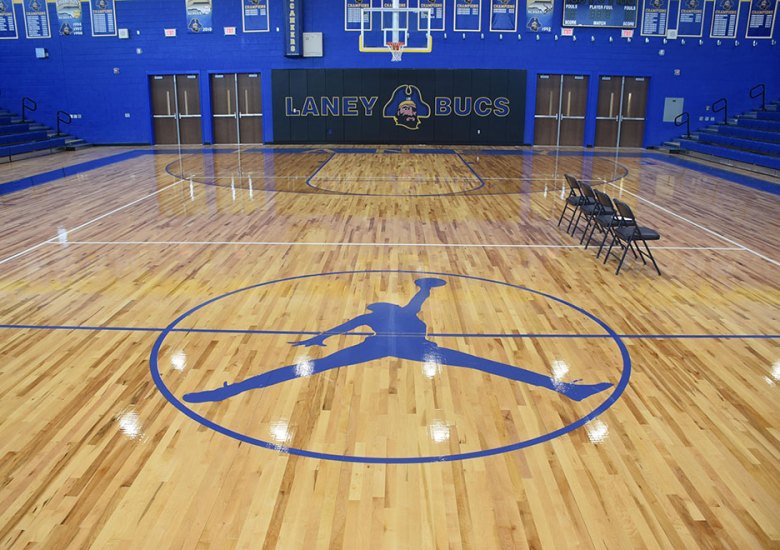 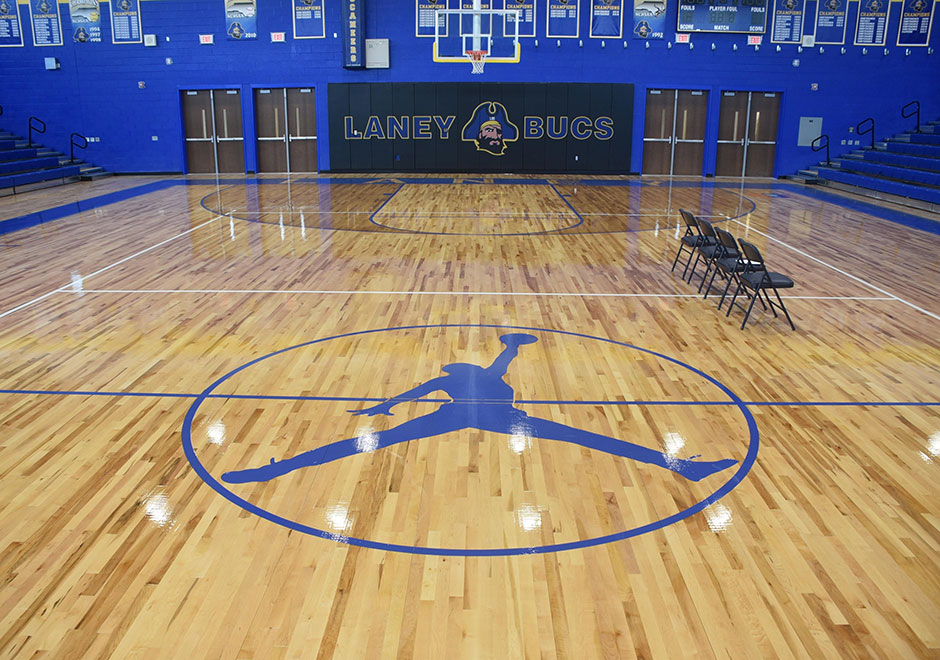 Michael Jordan‘s rise to prominence during his High School basketball career is often used as motivation to work harder as he famously didn’t make the cut for his varsity squad during the 1978 season. Mike was just 5’10” at the time and hadn’t dunked a basketball, but he used his coach’s decision to develop his insane work ethic that would go on to make him the world’s greatest basketball player. Now anyone who attends Laney High School in North Carolina will be reminded of MJ every time they set foot on the basketball court as the Jumpman logo is now prominently placed at mid-court instead of the Buc’s signature logo.

Jordan Brand helped overhaul the school’s new media center, classrooms, and locker rooms in the school’s largest addition ever. The new gym will be part of the Michael Jordan Sports Complex with a centerpiece lobby display with his Laney number 23 jersey flanked with a number of exclusive Air Jordan models in all white showcased in a premium display case. Check out a brief look below and stay tuned for more updates regarding Jordan Brand’s involvement with Mike’s alma mater right here on Sneaker News. 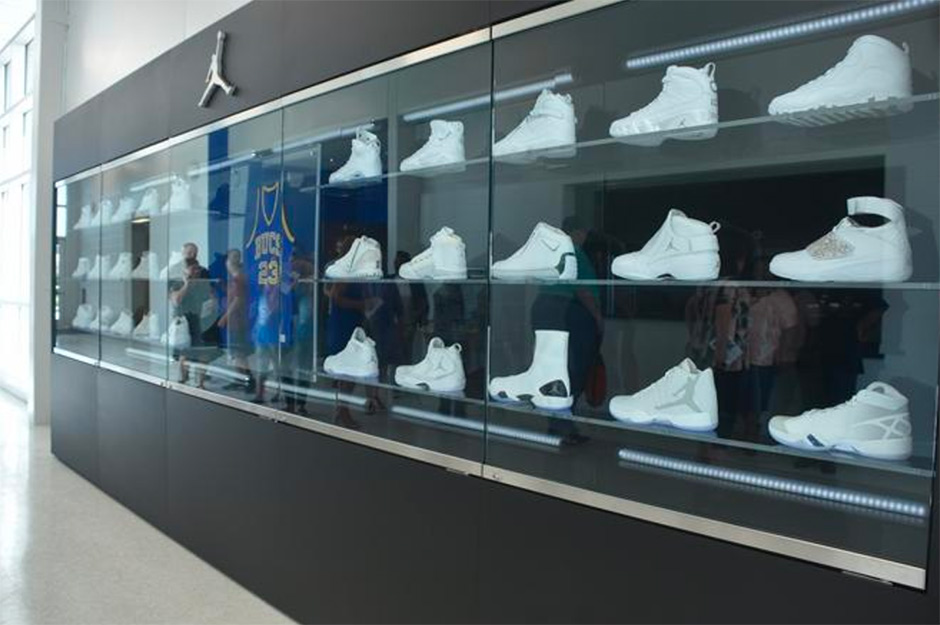 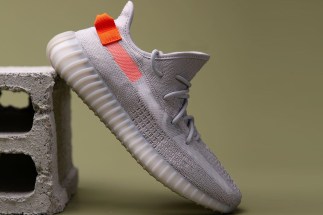