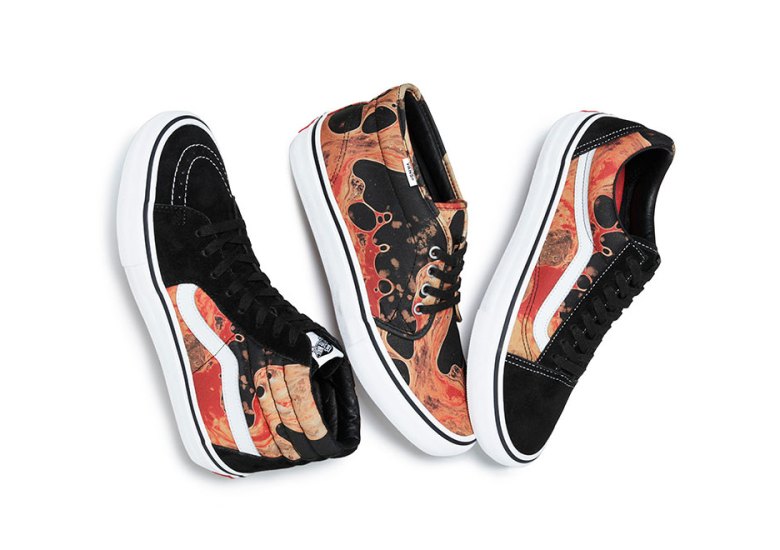 Never straying from bold imagery and subversive content, Supreme has partnered for a capsule collection featuring the artwork of photographer Andres Serrano, one of the most controversial artists in modern art. Most famous for his photograph Piss Christ, an image that depicts a crucifix submerged in a tank of his own urine, Serrano often creates beautiful images out of unorthodox materials including bodily fluids and religious icons that are inspired by, comment on, and defy his strict Roman Catholic upbringing.

Among Serrano’s most famous works is his Blood and Semen series, which is featured this fall on a capsule collection with Vans for the Sk8-Hi, Old Skool, and Chukka. The image titled Blood and Semen II is found printed across each of the sneakers, which accompany a collection of Andres Serrano apparel from Supreme that drops this Thursday, September 21st. 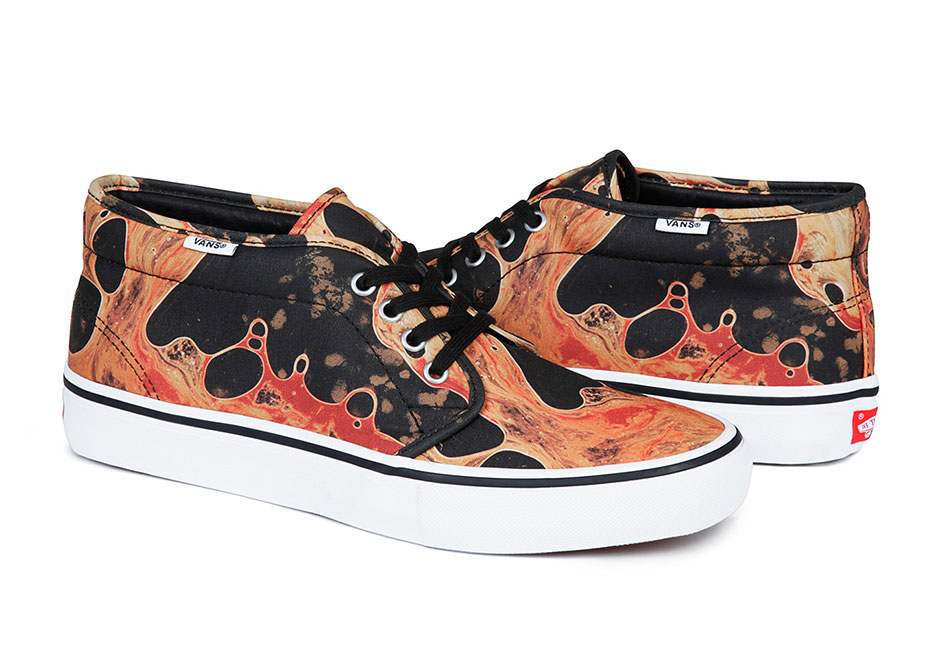 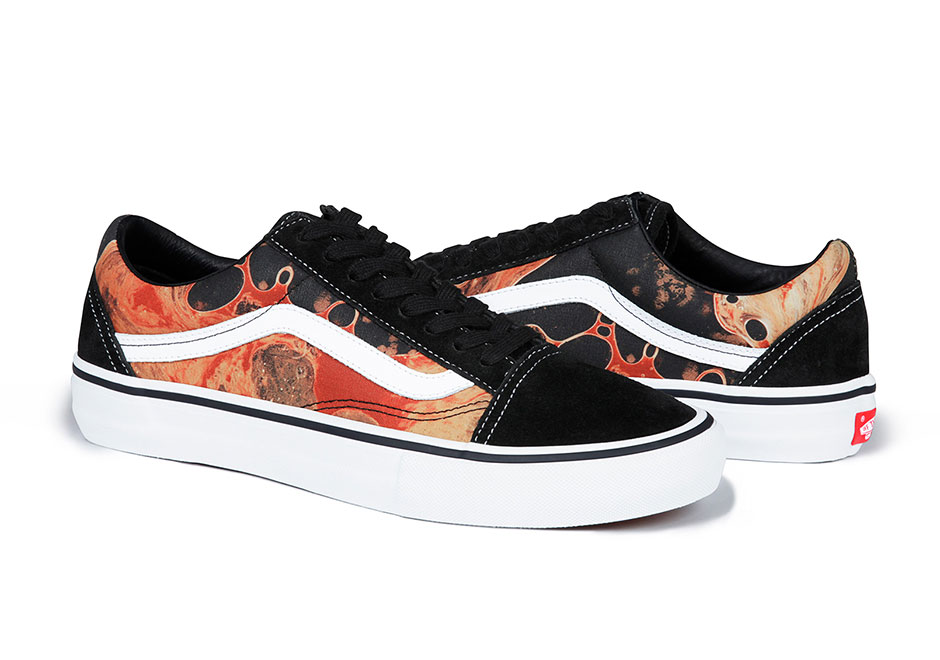