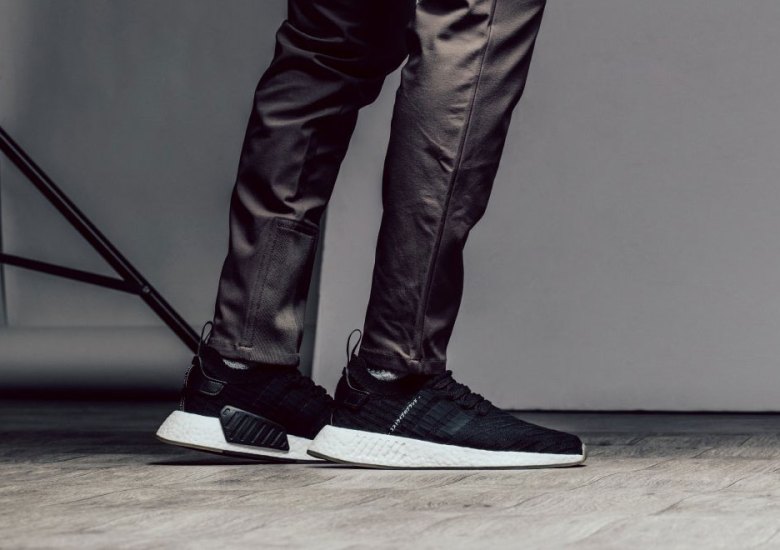 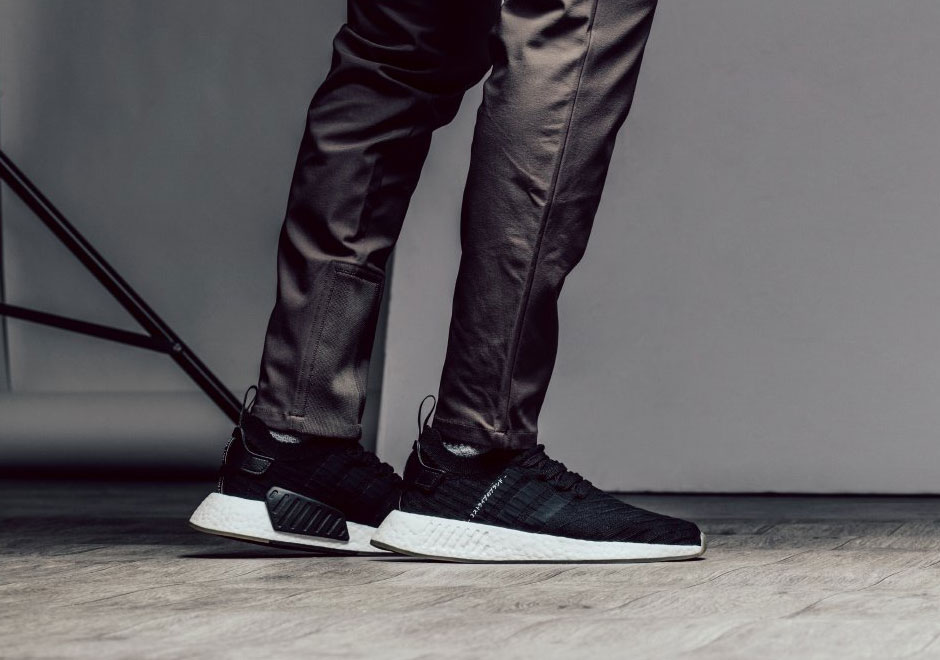 The most anticipated set of adidas NMD’s releasing this season so far is no doubt the “Japan Pack”, featuring the adidas NMD R2 Primeknit in four colorways with textured stripes throughout the woven upper and Japanese character detailing on the Three Stripe side logos. The colorways include hot pink, olive, white, and black colorways, each with gum soles. Today we get a closer look at the Core Black colorway, which should prove to be the most sought-after of the bunch—if the sell-out rate of previous black Primeknit NMD shoes is any indication. Las Vegas sneaker shop Feature provides an on-foot look at the shoe, but unfortunately they’ve already sold out of their pairs. However, that means the “Japan Pack” should also be arriving at other adidas Originals retailers now, so keep your eyes peeled if you want a pair. 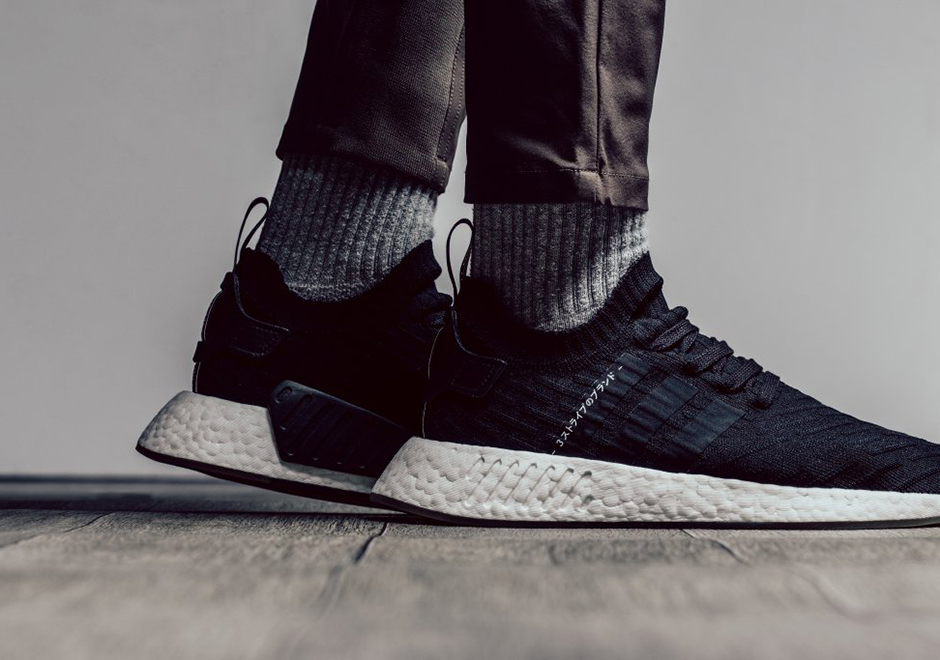 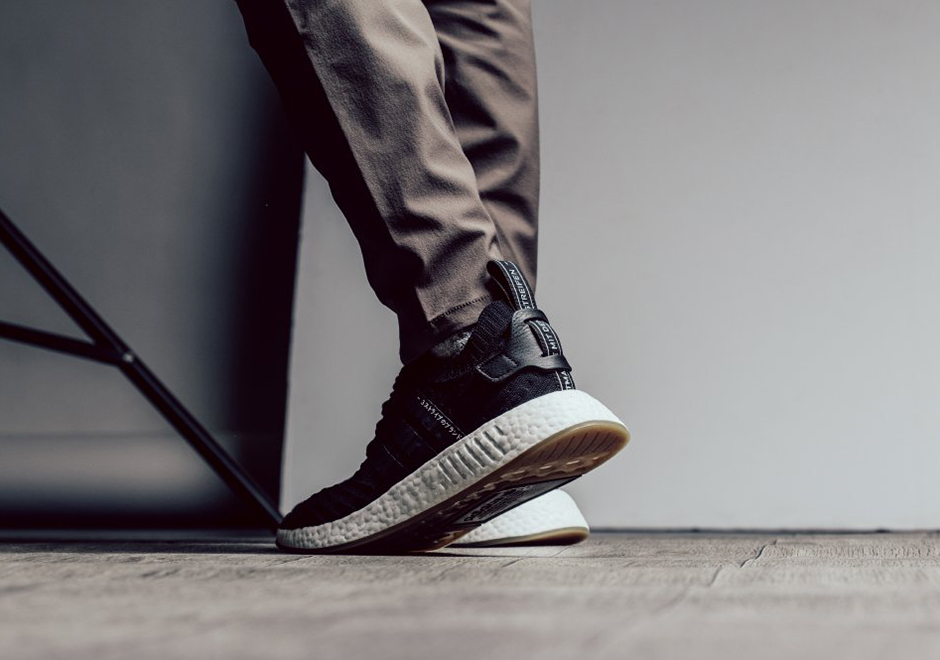 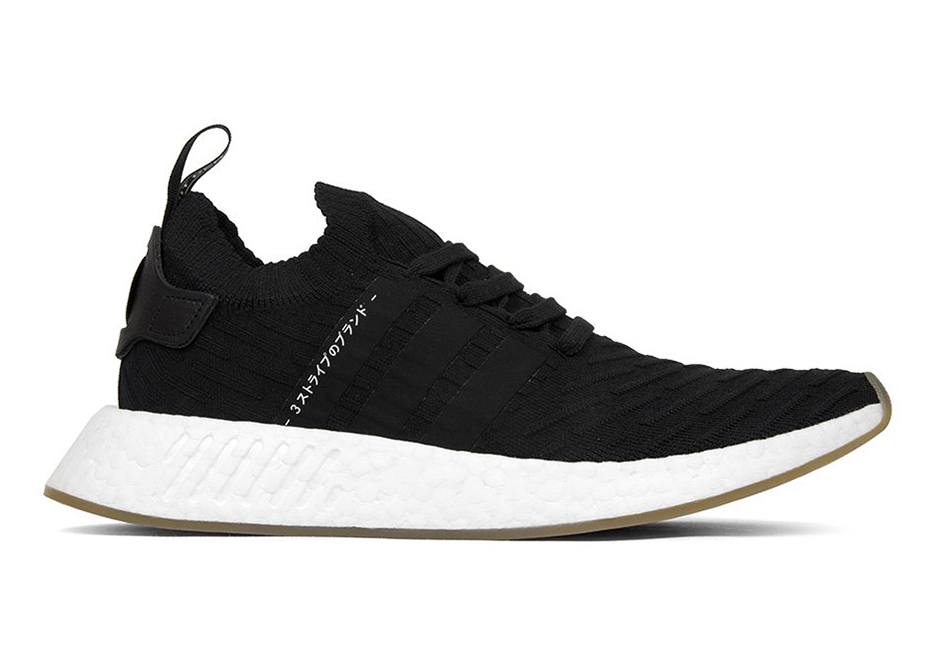