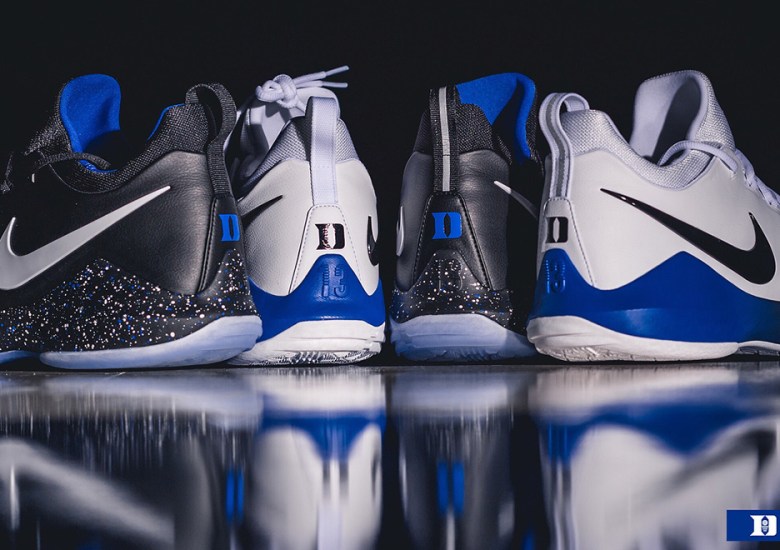 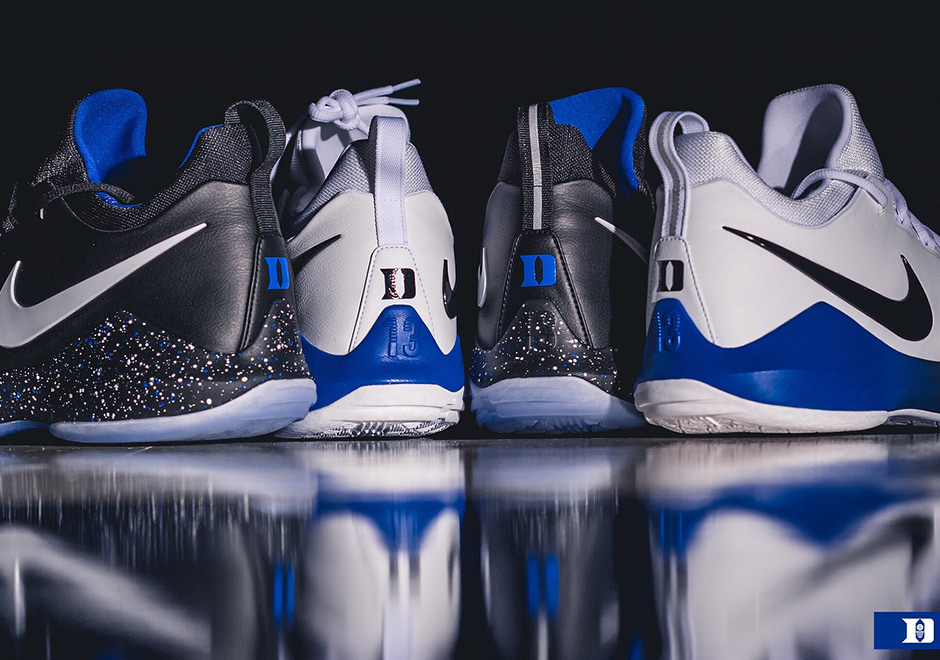 The Duke Men’s Basketball team is currently ranked number one in the nation and is coming off of a PK80 Tournament victory with a championship game win over fellow CBB powerhouse, Florida. With a mixture of veteran players like Grayson Allen and freshmen phenoms Marvin Bagley and Wendell Carter Jr., anything less than a Final Four appearance would have to be considered a failure for Coach K’s squad. Now, the Blue Devils are unveiling two clean player exclusive versions of the Nike PG1 in contrasting white and black, home and and away color schemes. Duke’s signature “D” logo makes its way onto the heel of the PE while the white version utilizes a gradient midsole compare to the speckled unit on the black. Sadly, these are strictly reserved for Coach K and the boys, so you’ll just have to admire them from afar. 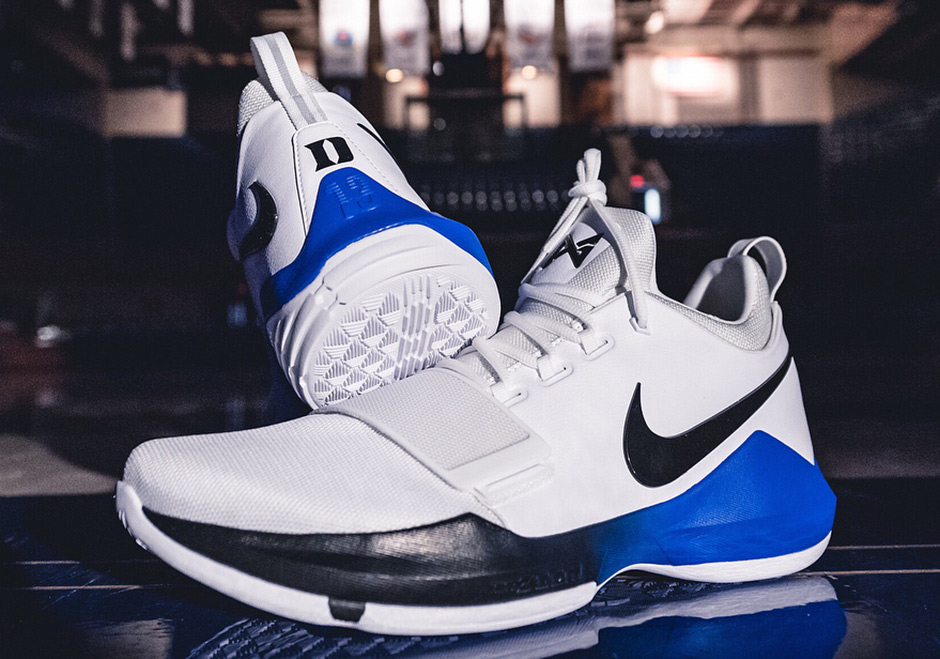 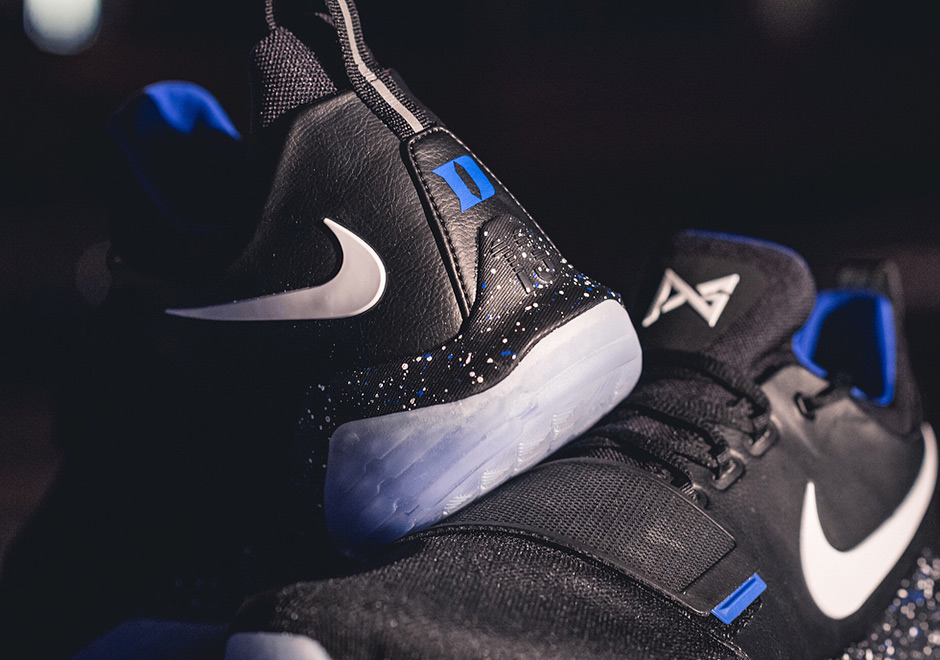