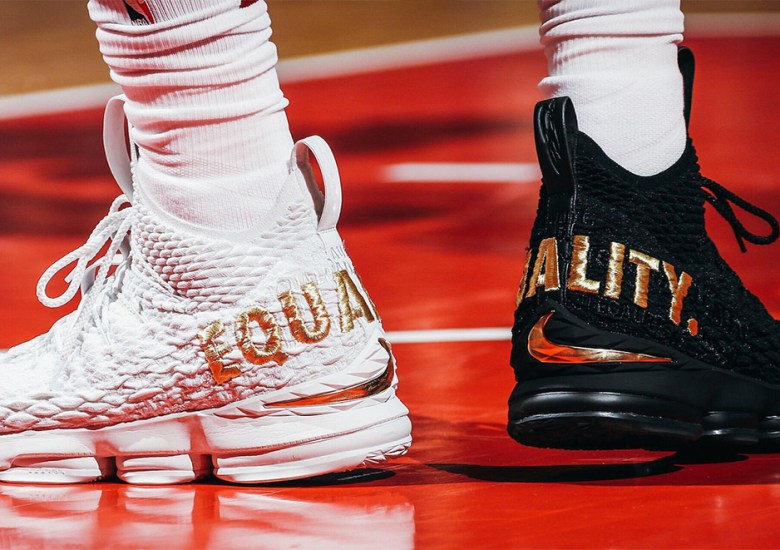 LeBron James broke out an alternate colorway of the Nike LeBron 15 “Equality” PE he wore on opening night for last night’s game against the Wizards. The new colorway of the statement-making shoe featured one white shoe and one black both with the word “EQUALITY.” emblazoned in gold on the heel. The kicks seemed to work for the King as he dropped a triple-double en route to a 106-99 Cavs win over the Washington Wizards. As was the case with the original “Equality” colorway, this one appears to just be a PE for now. However, that shouldn’t stop anyone from checking out the photos and appreciating the statement being made, James’ standout performance or the clean new LeBron 15 colorway. 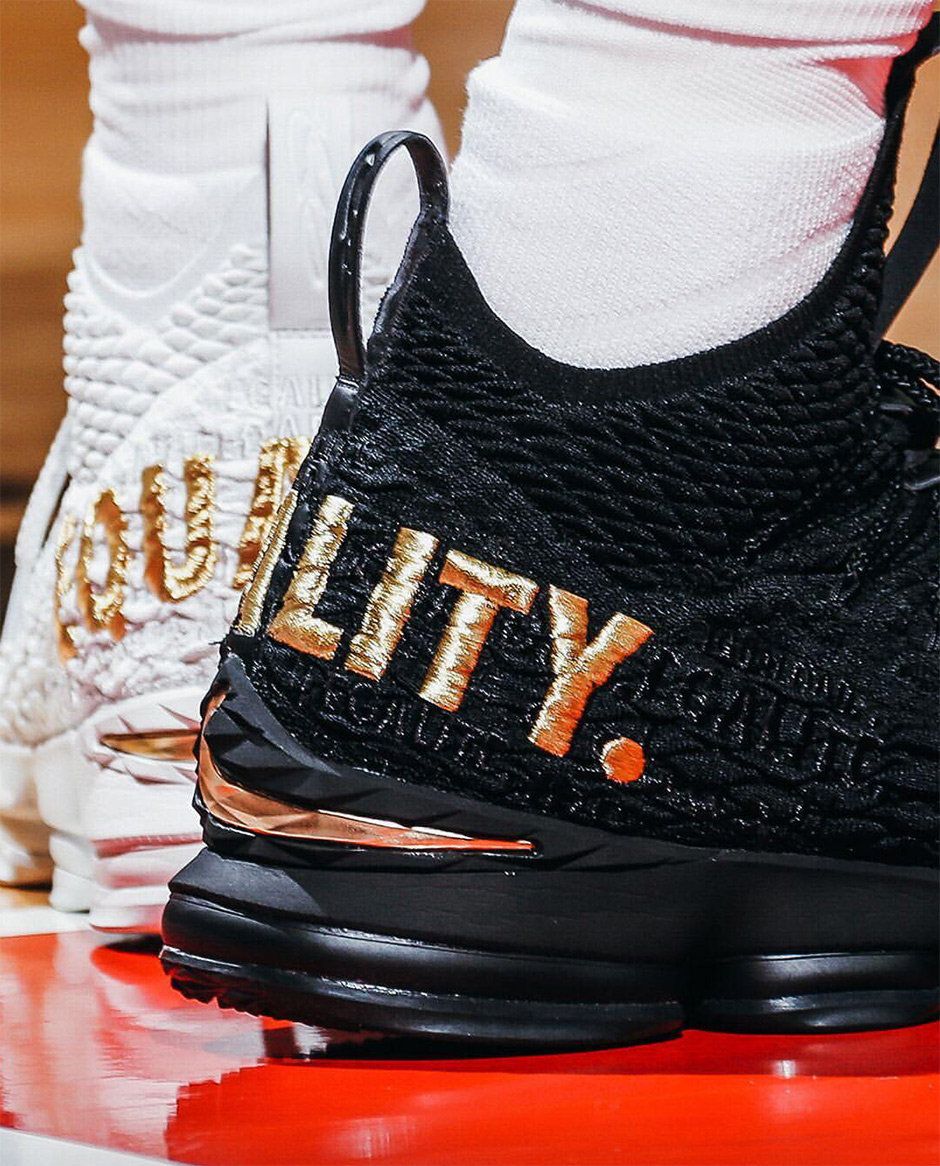 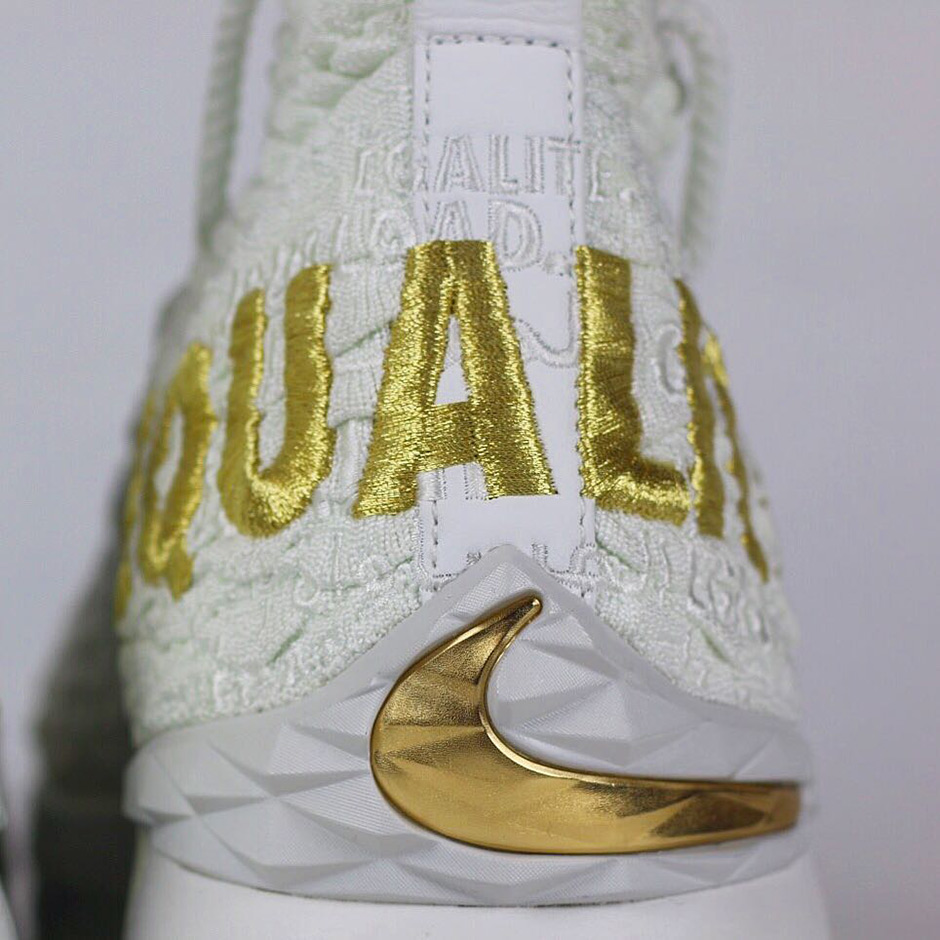 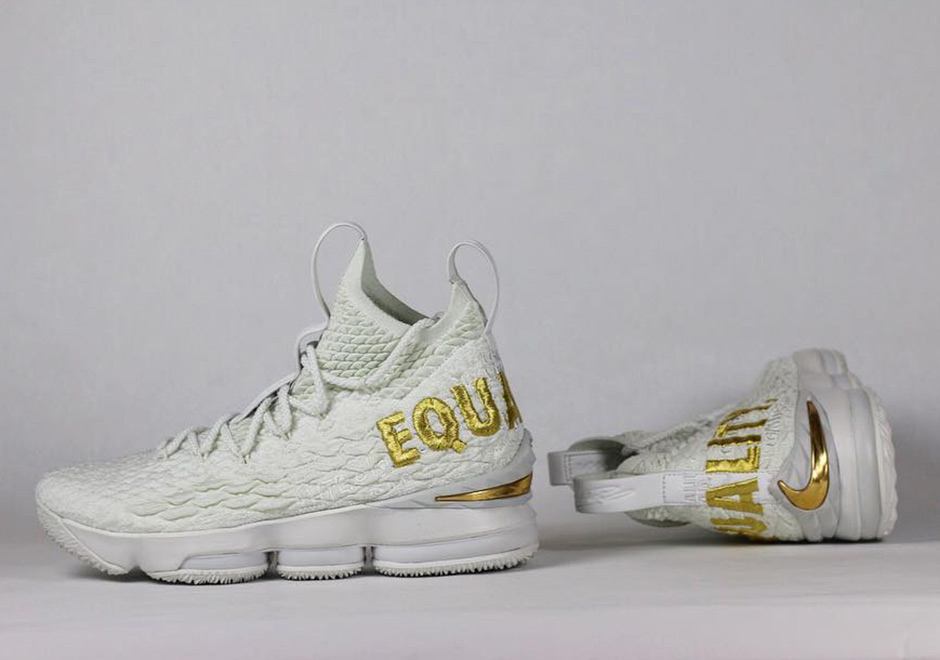 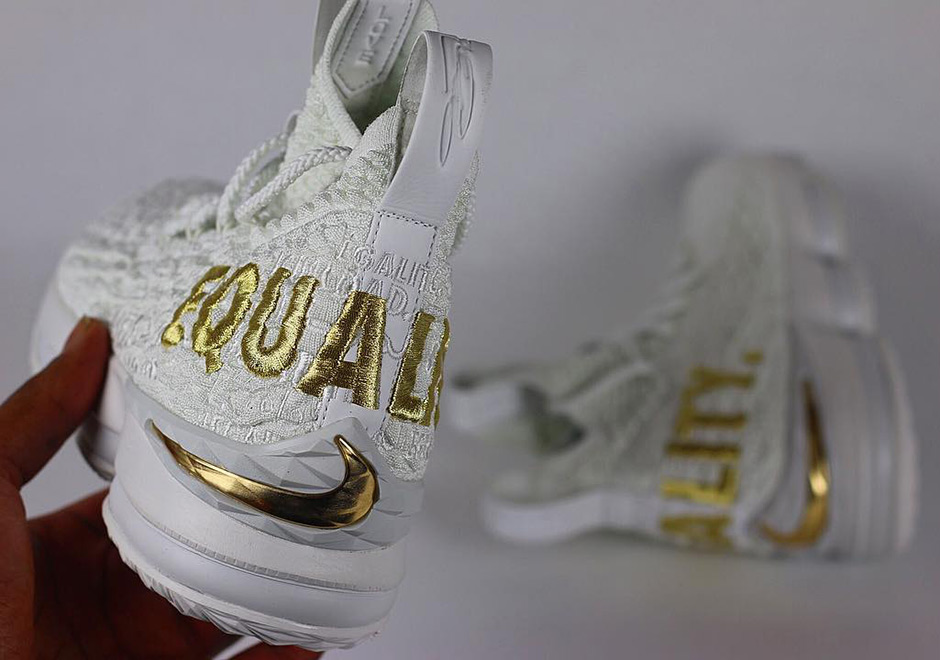