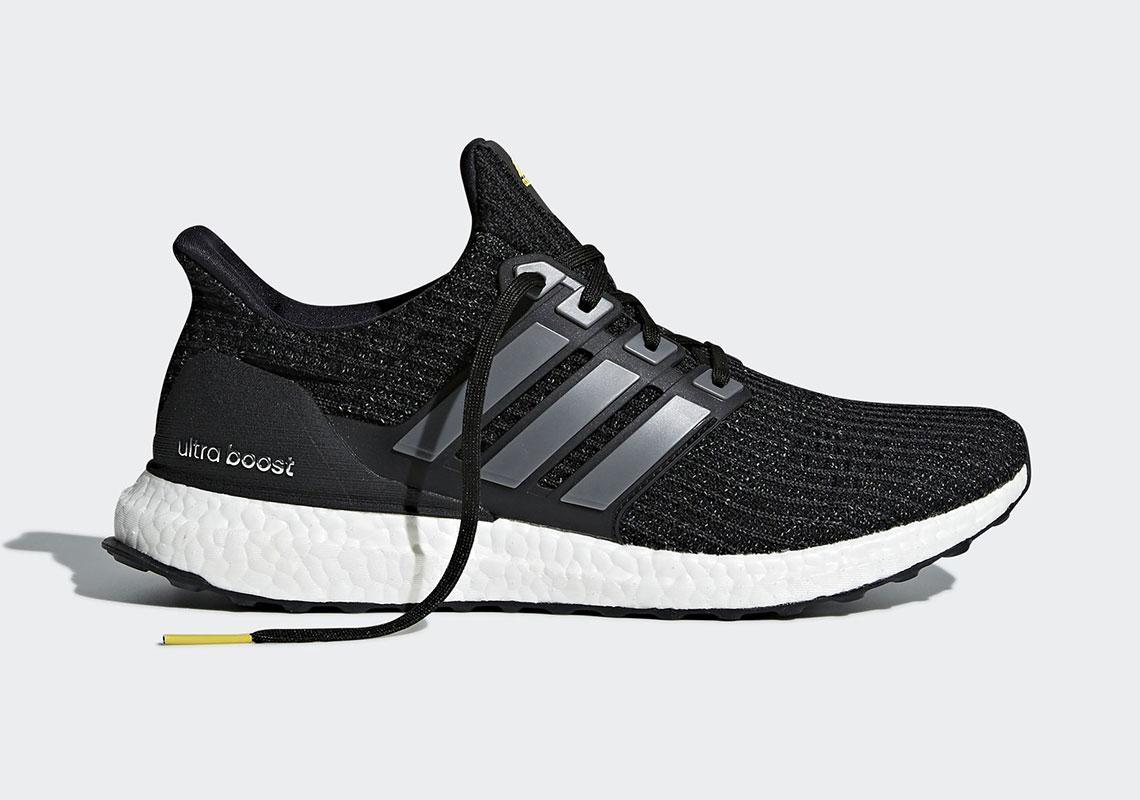 A potential major storyline of 2018 could be adidas’ celebration of the 5th Anniversary of BOOST. Debuting in early 2013, the brand’s pebble-foam cushion unit exploded onto the market in 2015 thanks to the popularity of the Ultra Boost as well as the Yeezy footwear line. The first-ever Boost sneaker was actually the Energy Boost, a shoe that was unveiled in a black/white colorway with hints of yellow. It appears that adidas is paying homage to that colorway with this special edition Ultra Boost release that features a black/grey Primeknit upper, grey stripes, and yellow detailing on the tongue logo, torsion bar, and the insoles. Expect a release on February 1st, and stay tuned for more 5th Anniversary of BOOST releases. 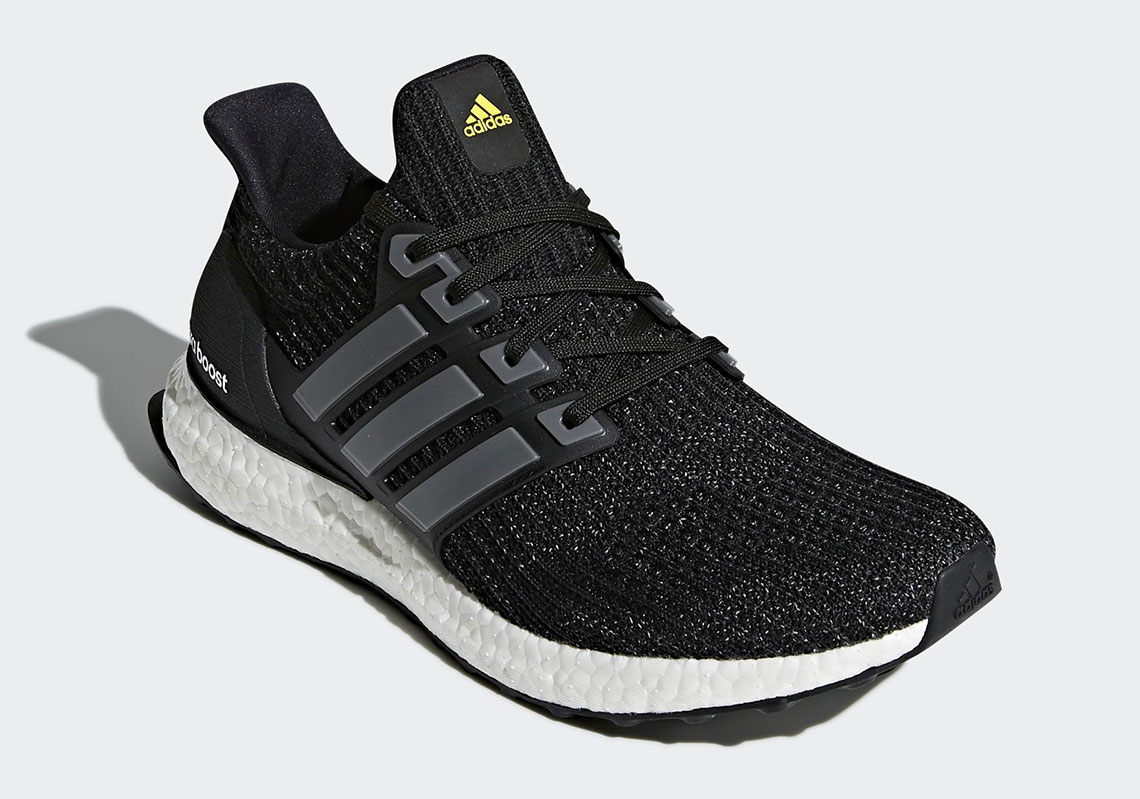 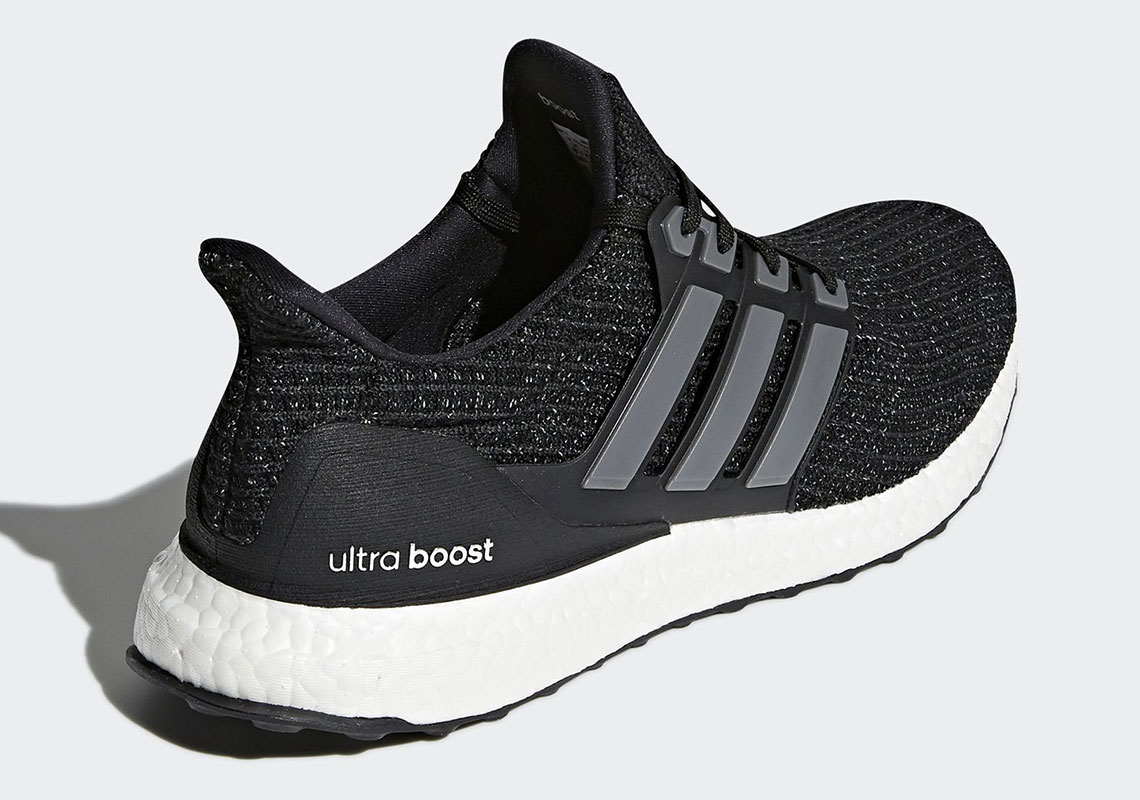 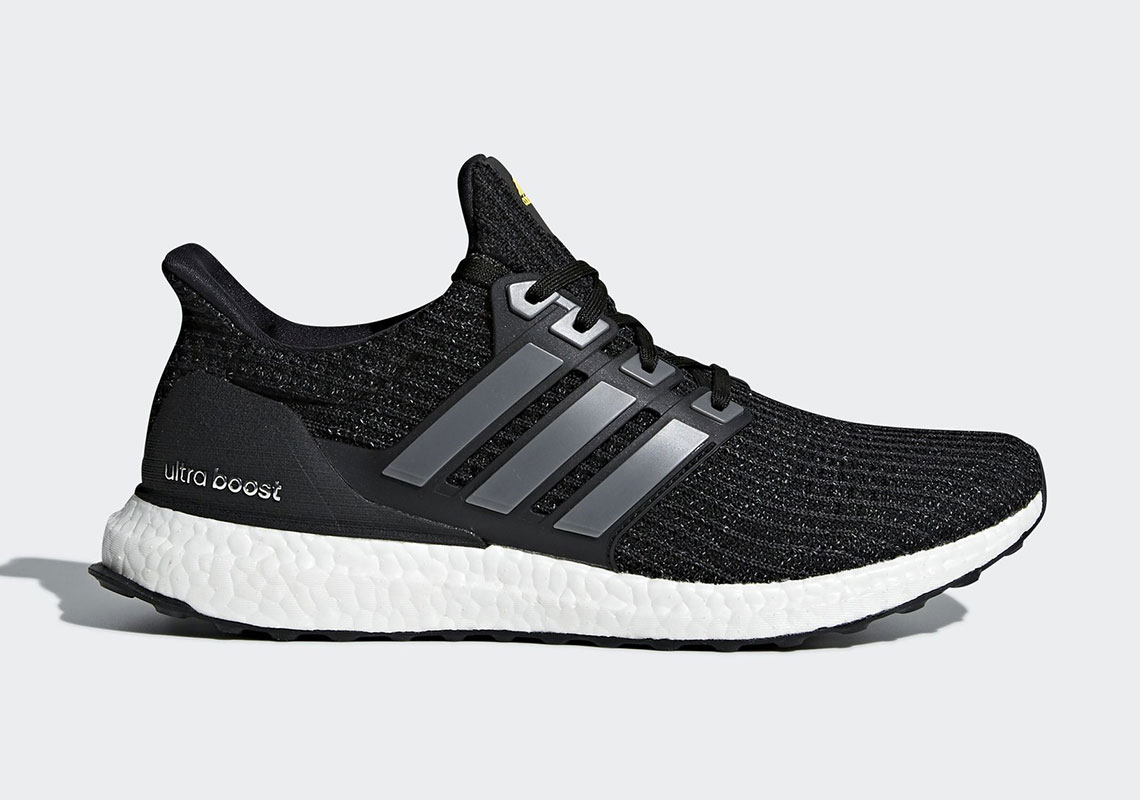 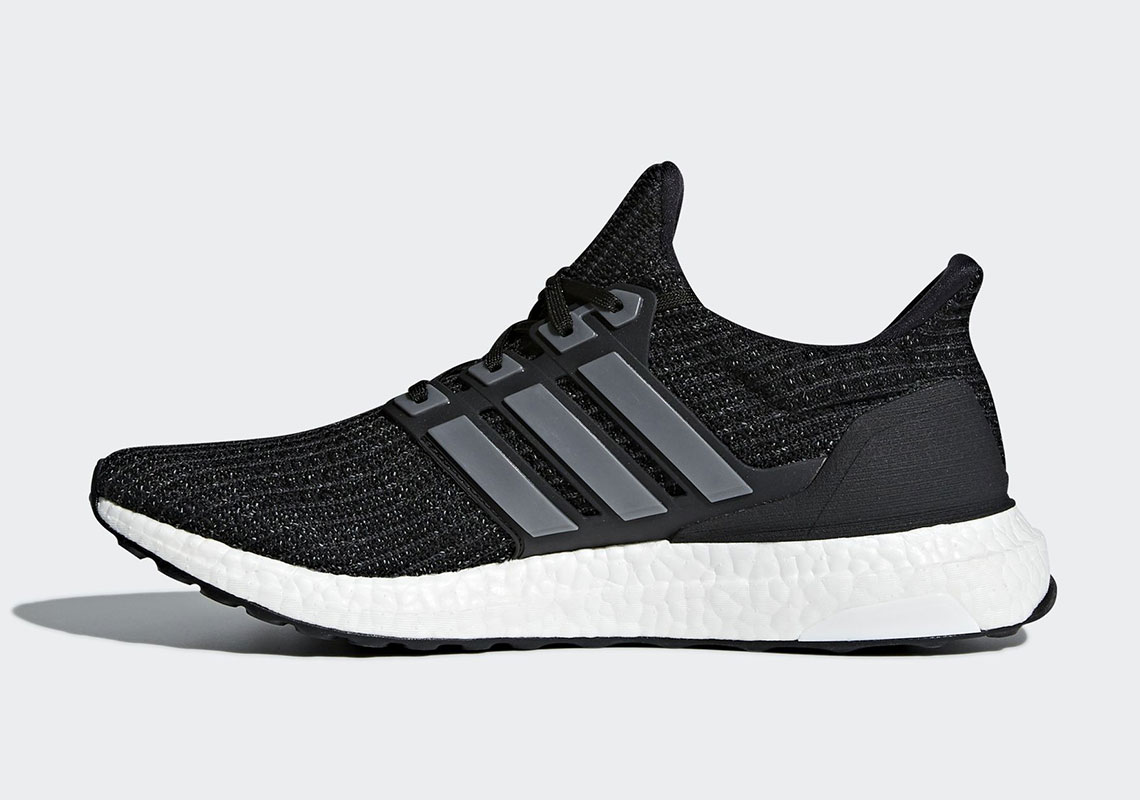 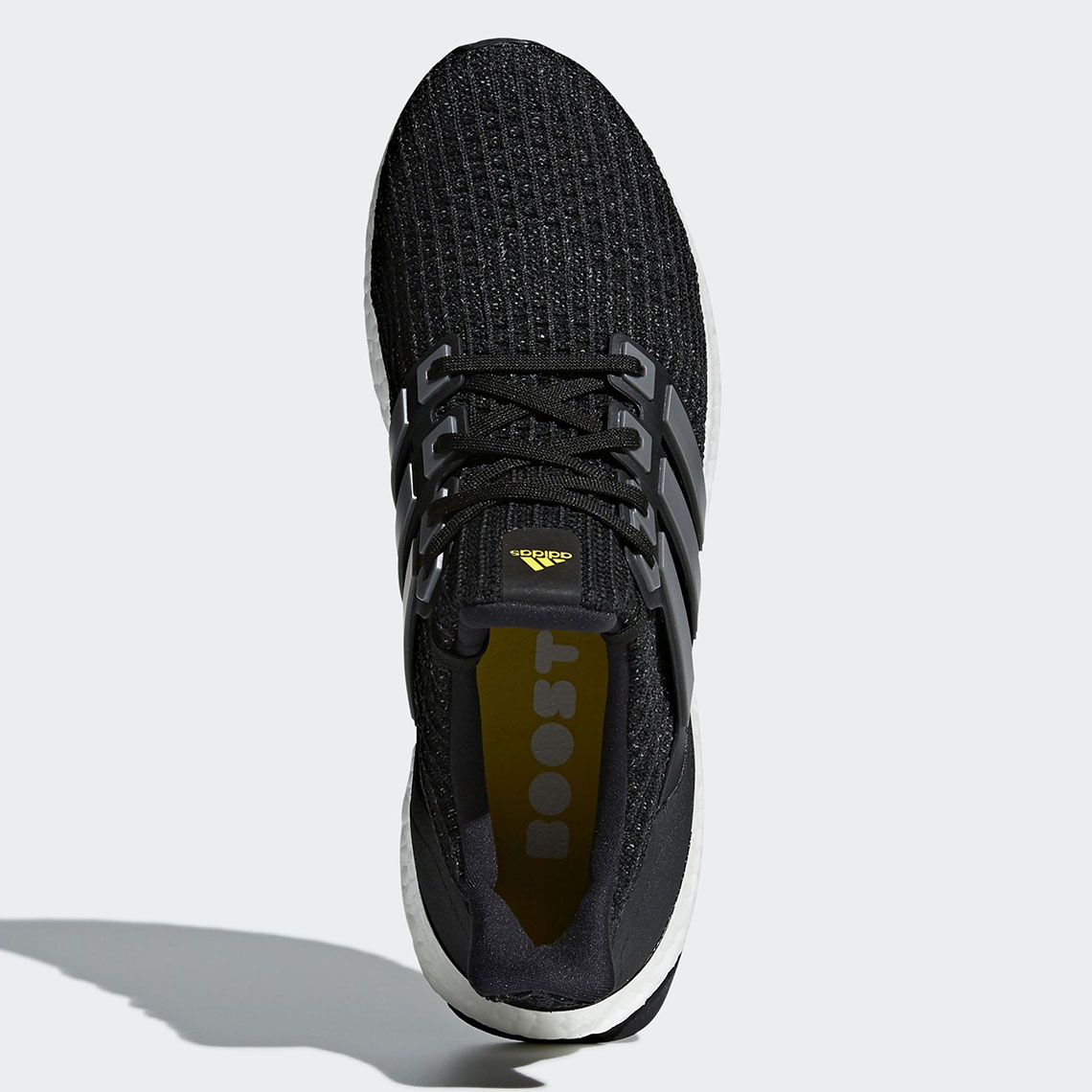 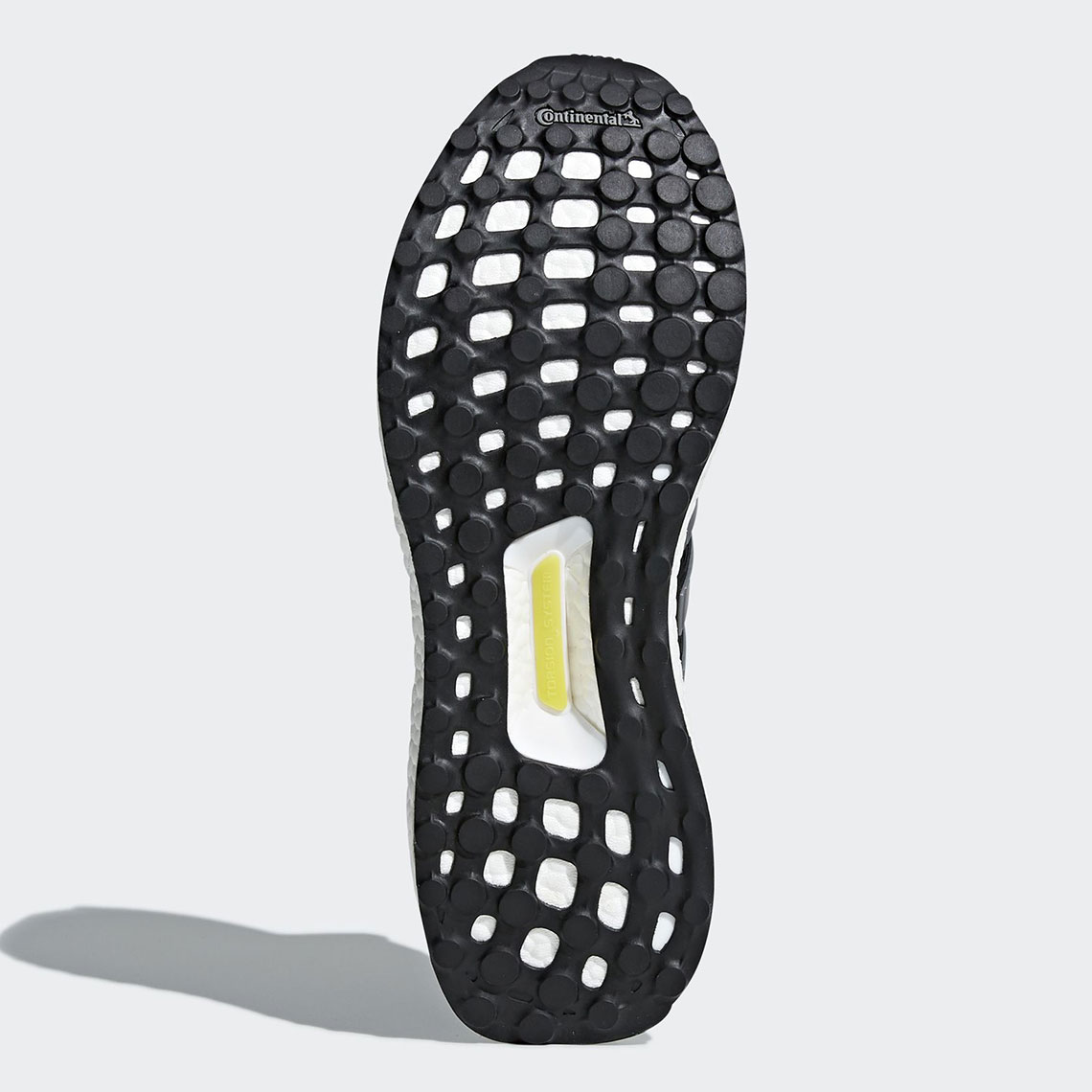