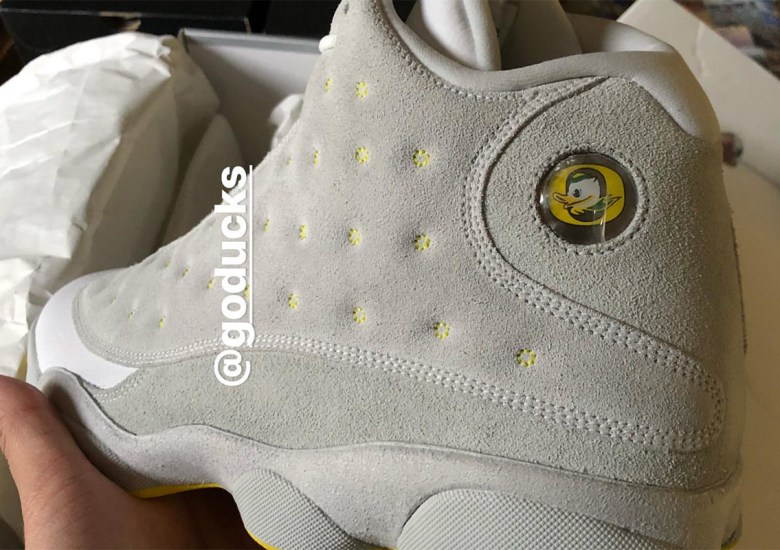 The Oregon Ducks Basketball Team Gets An Air Jordan 13 PE

Following last year’s Air Jordan 13 Oregon PE, it appears that the Swoosh brand has hooked the Ducks up again with another exclusive of that same silhouette. Most significantly, the signature Jordan 13 hologram has been replaced with an Oregon logo to mach the giant “O” embroidered on this offering’s tongue while being dressed up in grey suede with white leather detailing. Dubbed the “Mathew Knight” PE, this new look pays homage to nike founder Phil Knight’s son. Oregon’s basketball arena is also named after Mathew Knight, furthering the well-documented relationship between brand and school. Grab a look at the PE here and enjoy it, because this is likely the closest you will ever get to a pair. 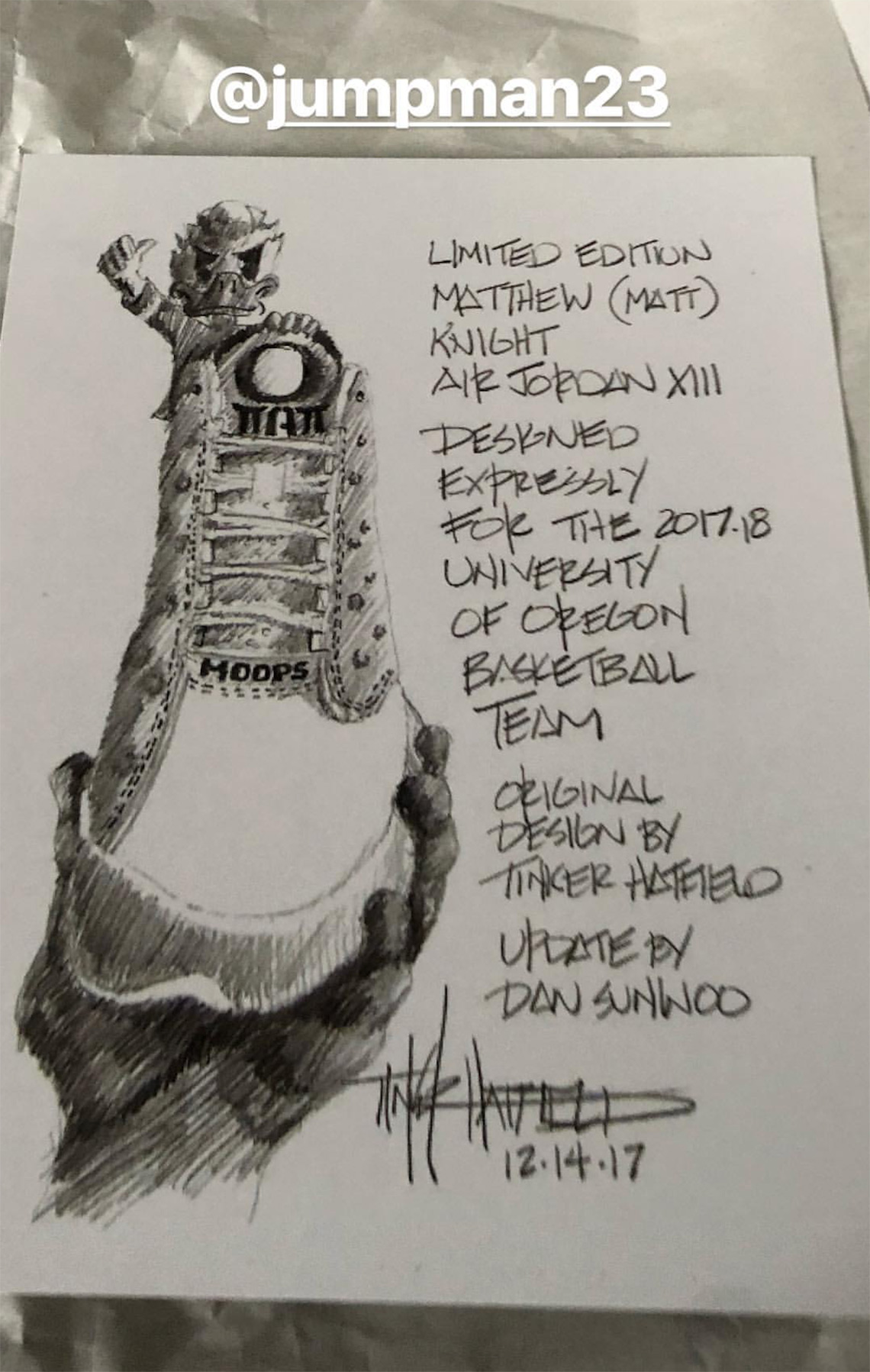