While it was already confirmed that Supreme’s upcoming collaboration with Nike was going to involve NBA apparel, it was not clear to what extent the Association was going to be involved. Now, it has been revealed that logos for all thirty NBA teams will be featured as the prominent detail of the Nike Air Force 1 Mid collaboration that will come in both a black and a white colorway. NBA teams that are considered to have more storied histories have their logos super-imposed on the design, although all of franchises are represented. It is not the first time NBA logos have been displayed this way on a sneaker; Reebok originally had the idea in the early 2000’s with their own low-top sneakers. However, it is safe to say that with Supreme‘s support and its branding embroidered across the ankle strap, this collection will garner a lot of attention from both collectors of the streetwear brand and NBA fans.

Stay tuned to Sneaker News for any and all updates regarding the Supreme Nike Air Force 1 Mid collection and enjoy a first look at both colorways below. You can expect more images and details to surface as Supreme launches its SS18 collection starting next month. 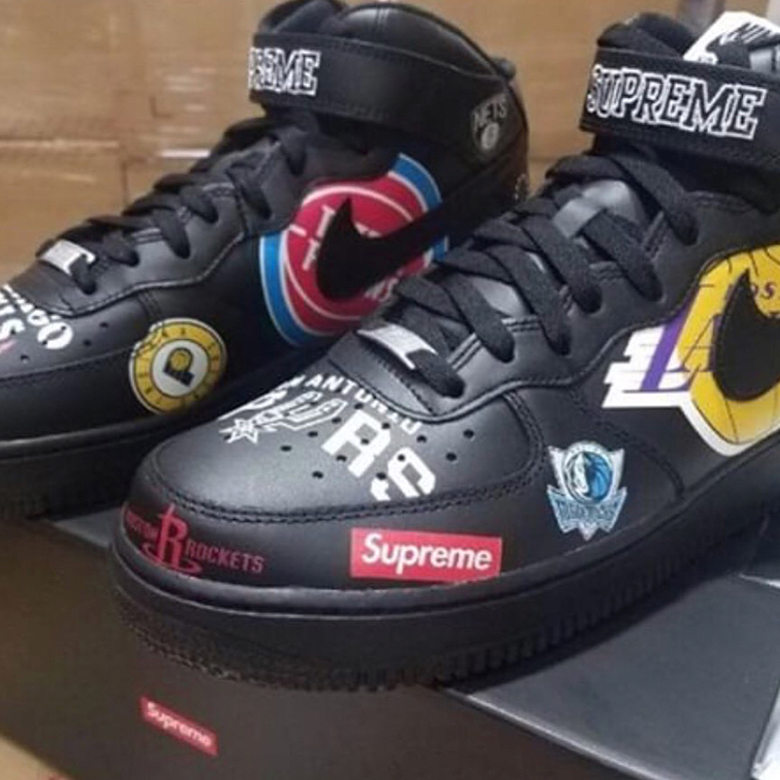 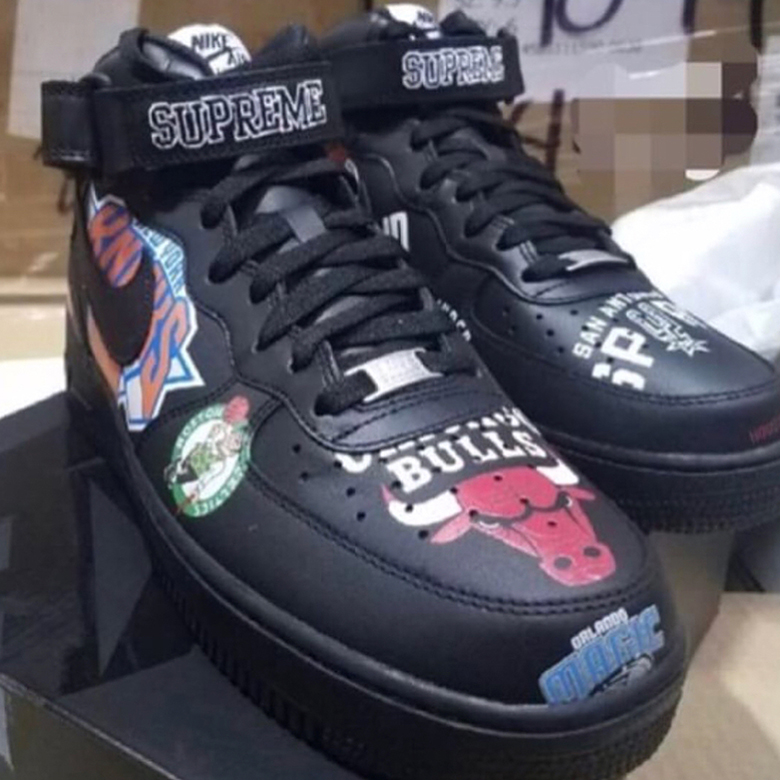 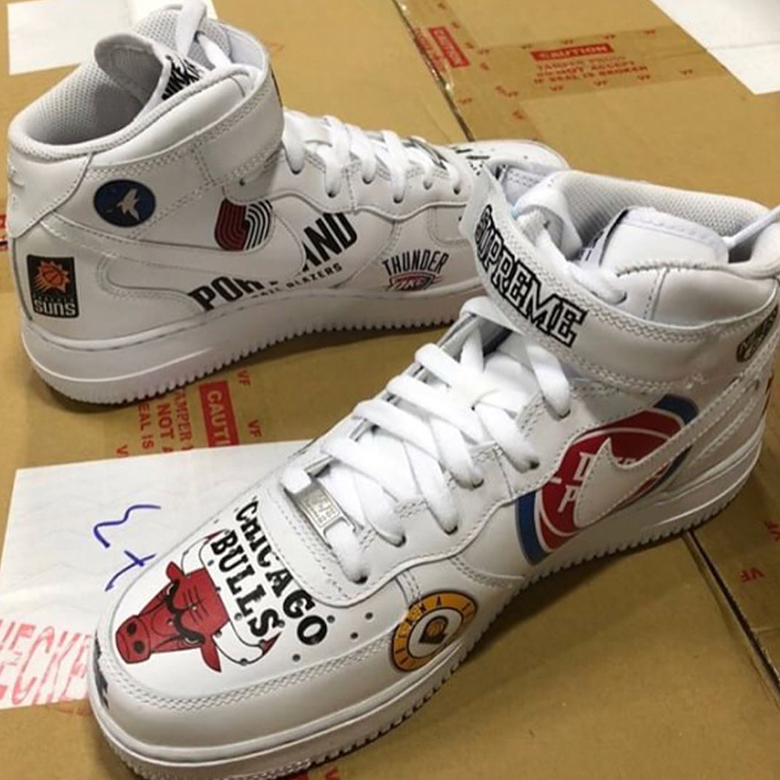 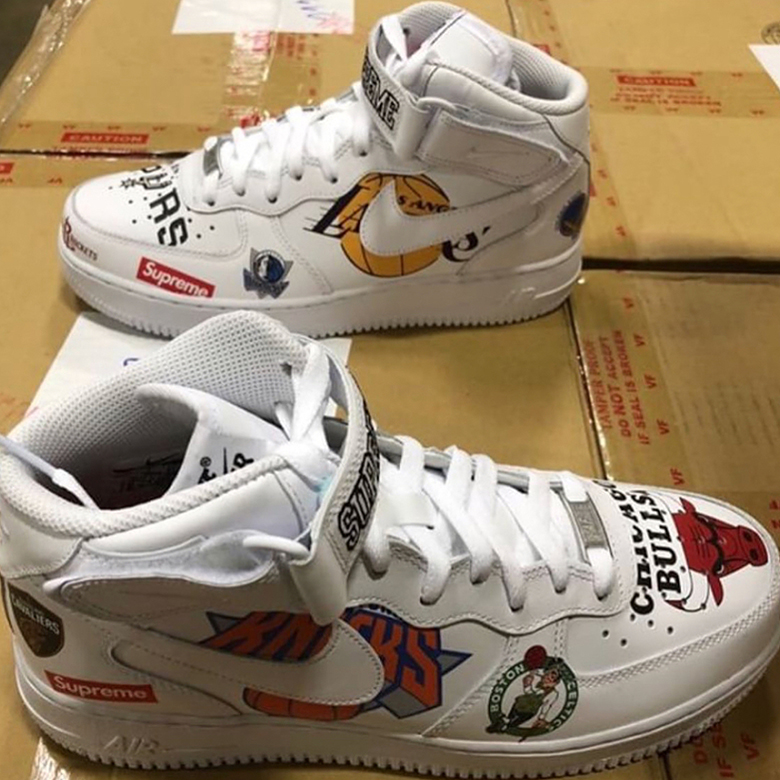