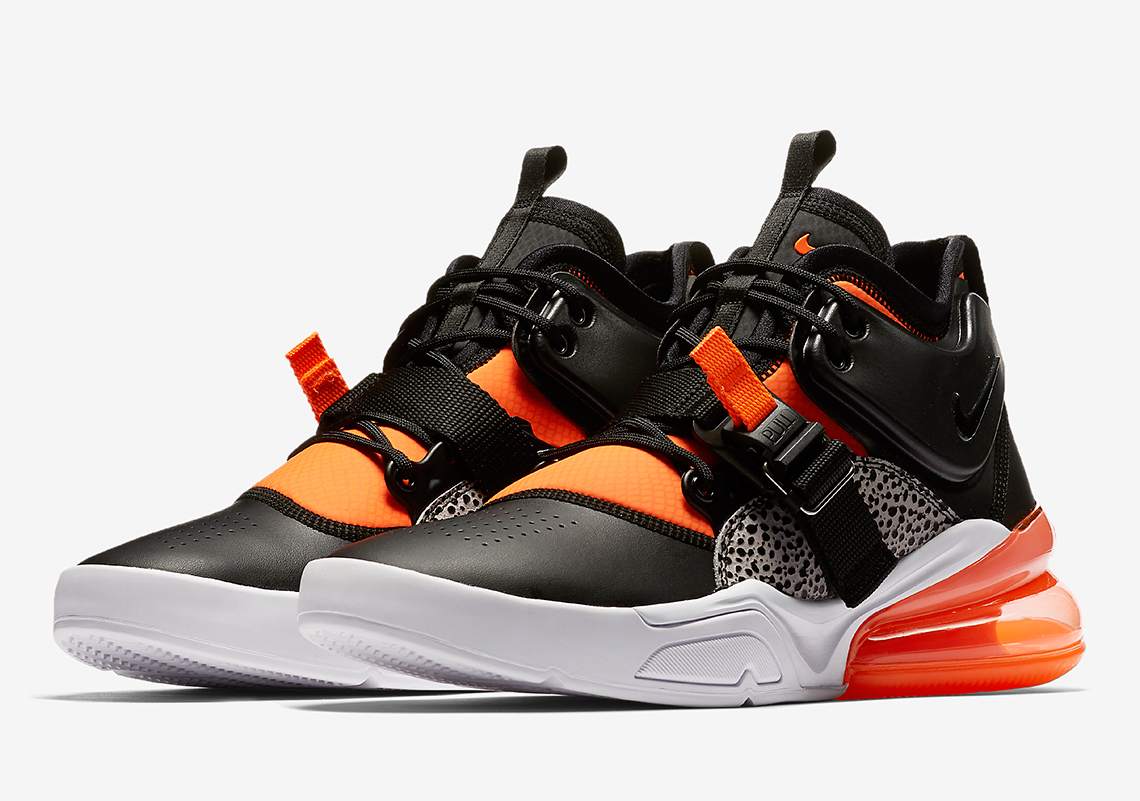 Update: The Air Force 270 Safari will release on February 20th.

Nike’s Air Max 270 silhouette made its global debut today, dropping in four simple colorways with blacked out uppers and colorful Air Bag units. The energy around the Swoosh’s newest sneaker has been high, as Nike has handled its roll-out in a smart way, saving its louder colors for a drop during Air Max Day. Now, Nike has plans to add its lifestyle engineered Air Max heel to a brand new design called the Air Force 270 – a combination of that aforementioned heel underneath an updated version of the Air Force 180. Initially sample photos of this look featured a Safari-print toe and an orange sockliner, but the photos you see below confirm tat it will come equipped with a leather to and black lining instead. Enjoy an official look of its introductory Safari color scheme below and expect this release to take place sometime this month. 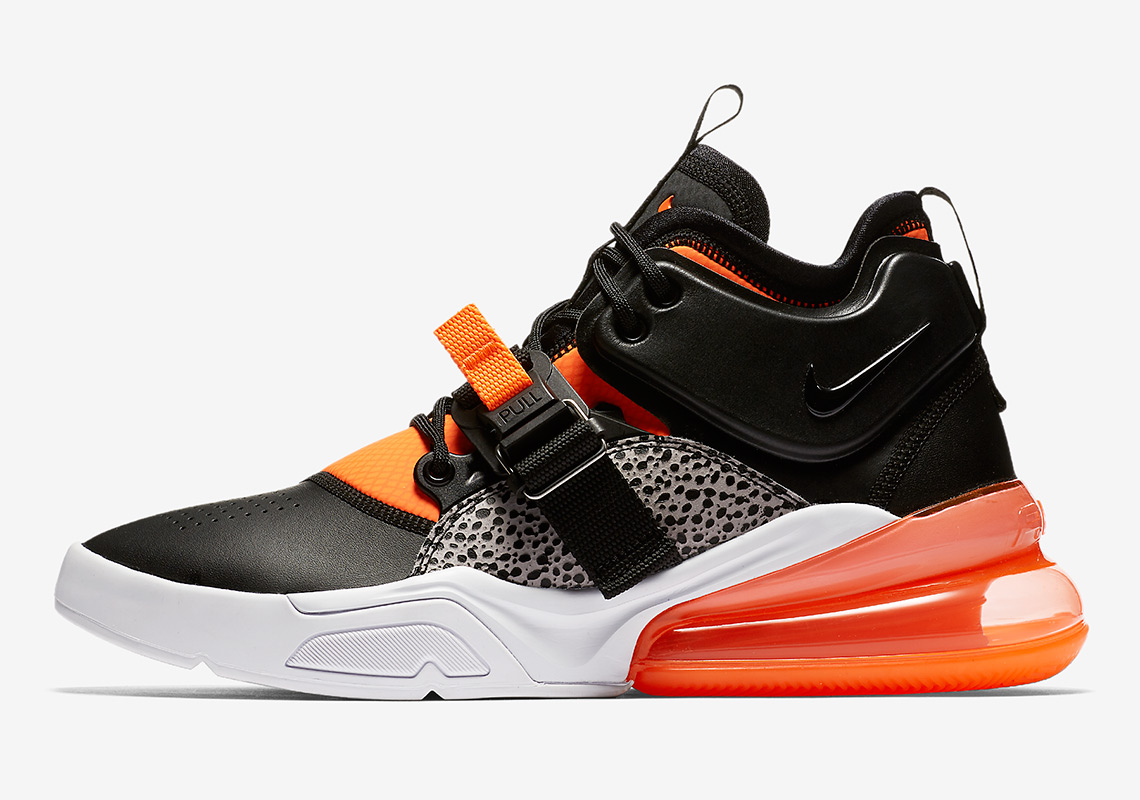 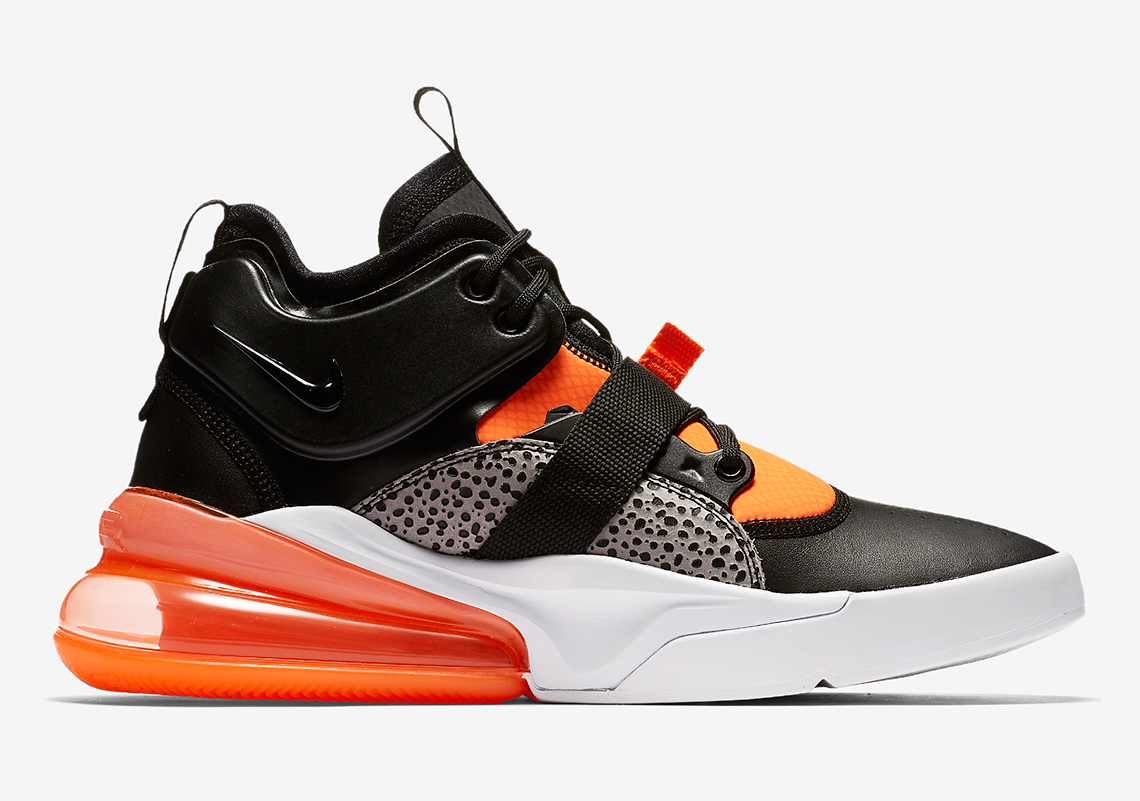 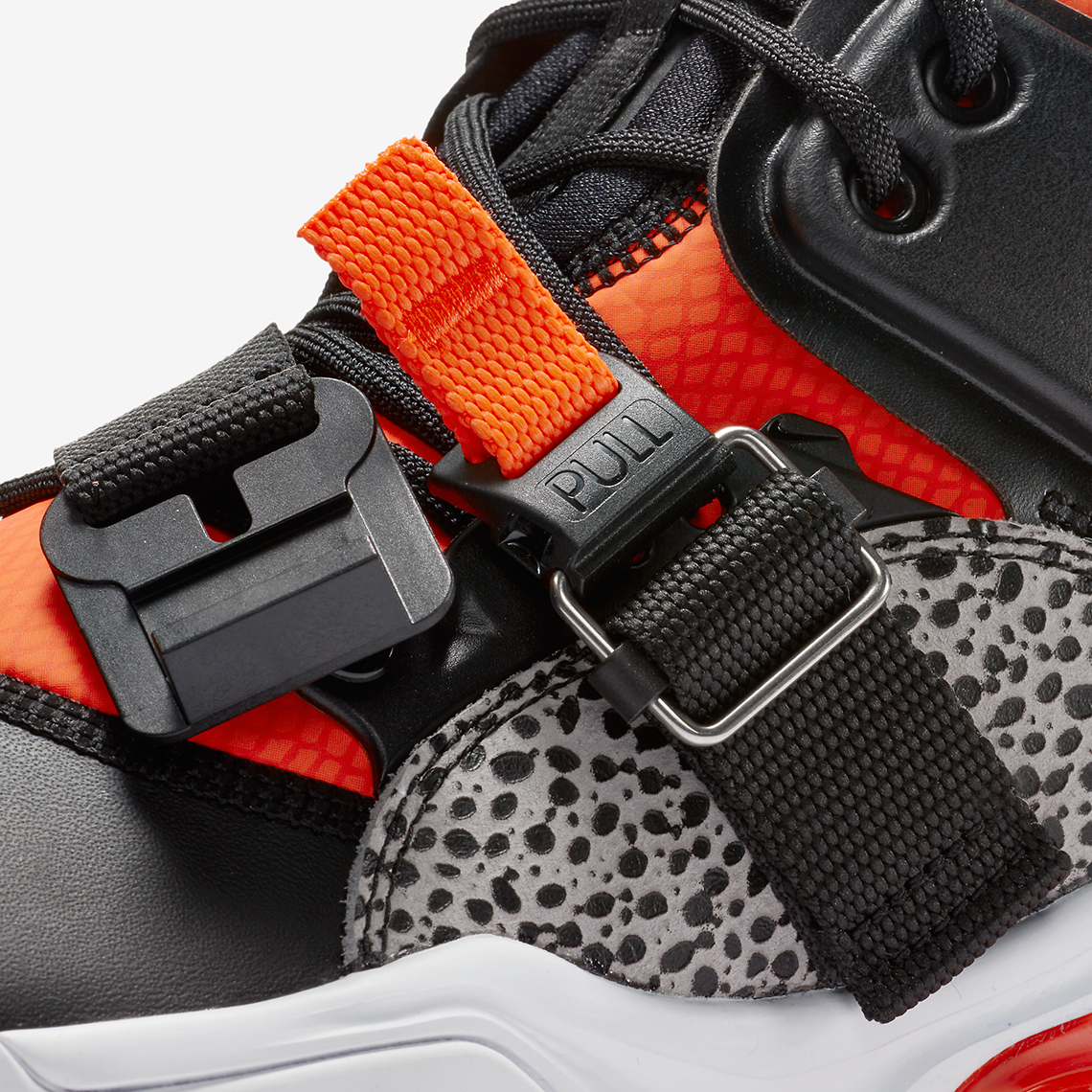 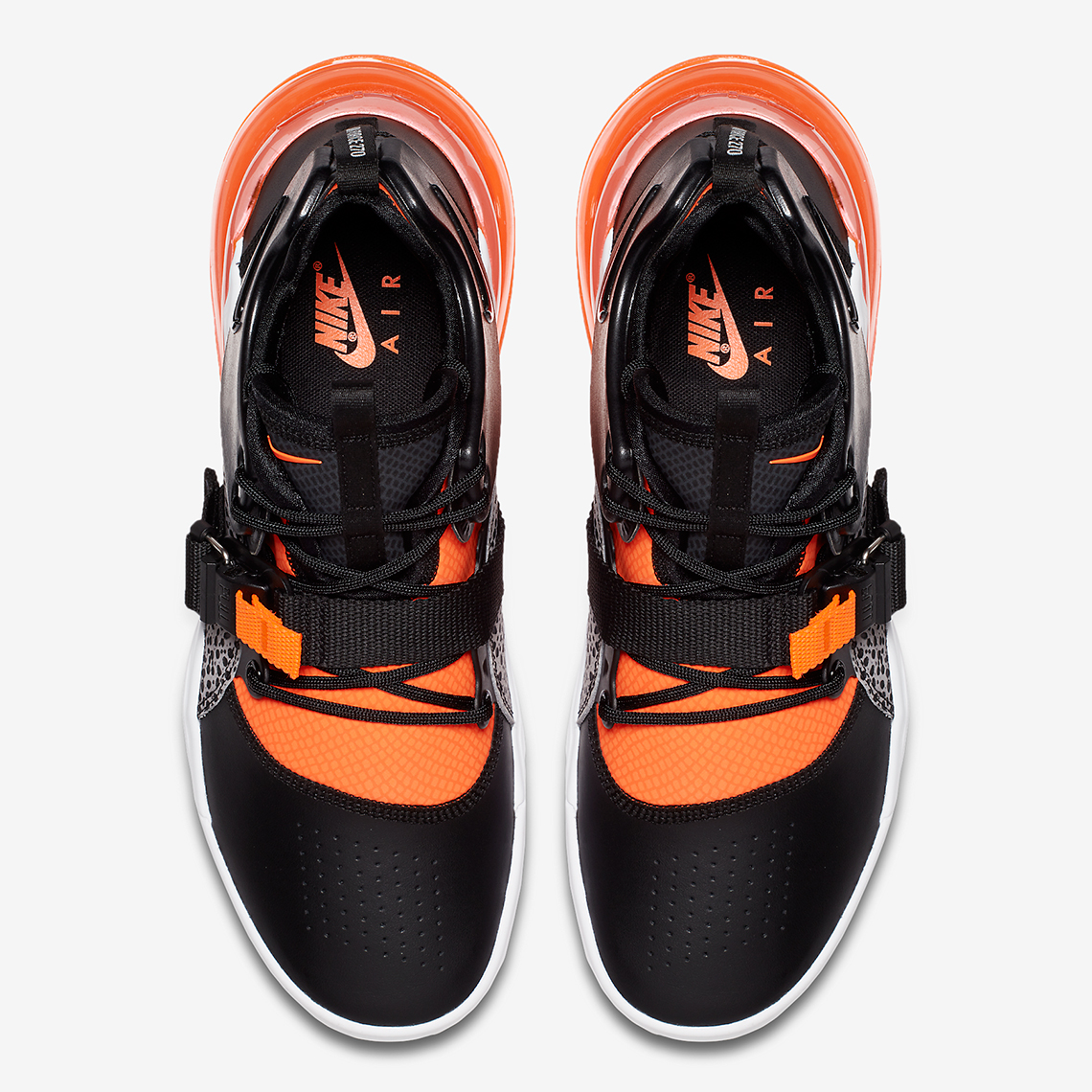 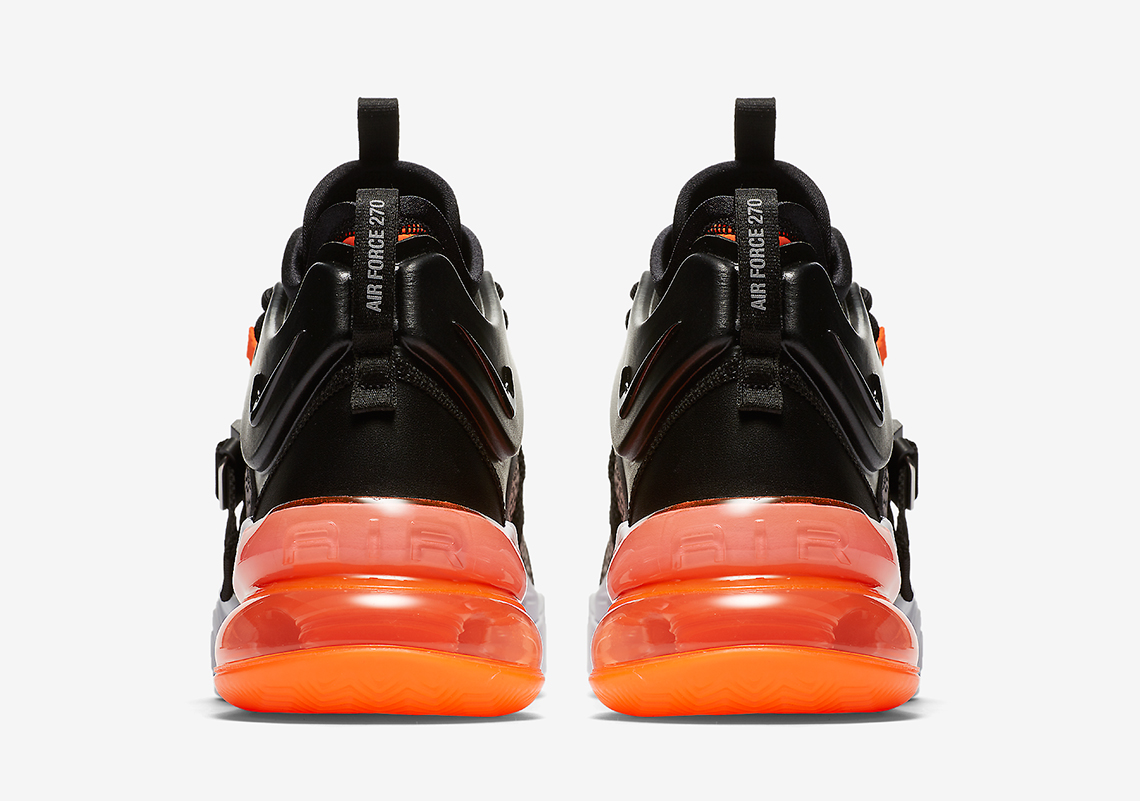