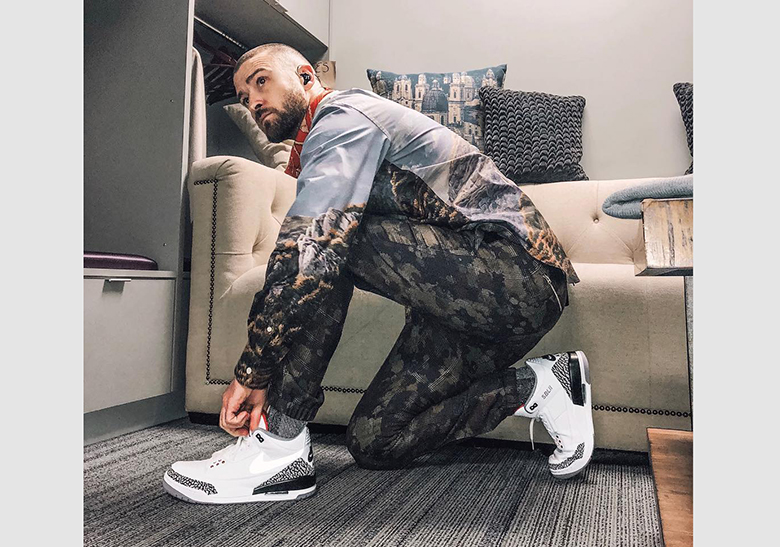 While Justin Timberlake’s Super Bowl halftime performance was an overall swing-and-a-miss, it was the exact opposite for Nike and Jordan Brand. Contrasted against the dark backdrop of the set and JT’s camouflage outfit, were his “JTH” Air Jordan 3s that boasted a similar aesthetic make-up to the Tinker Hatfield joints you were introduced to a few short weeks ago.

According to Apex Marketing Group, Timberlake’s footwear was worth about $2.86 million in marketing to the Swoosh brand – based on how big the brand logo is and how long it is visible on screen. If Nike were to have payed for a 30-second Super Bowl commercial spot, it would have cost the iconic company more than $5 million. Safe to say the Swoosh took advantage of an enormous opportunity and may have had the most effective Super Bowl marketing without spending the millions that other brands forked over for lackluster commercials.

Timberlake’s collaborative effort with Hatfield went on to release on Nike SNKRS immediately following his halftime performance, and due to its exposure and limited availability, the Jordan 3 sold out in a matter of seconds, and is currently garnering a resale value nearing $2,500. While the former NSYNC frontman’s performance was the main source of promotion, he has also been wearing 3s all throughout rehearsals and continues to post pictures of them on his Instagram account.

Additionally, Jordan Brand informed readers to , “Look for more special-edition JTH Air Jordan IIIs to be available during select stops of Timberlake’s upcoming North America tour,” which suggests that more shoes may be released.  Keep it locked to Sneaker News for any and all Timberlake x Air Jordan updates. 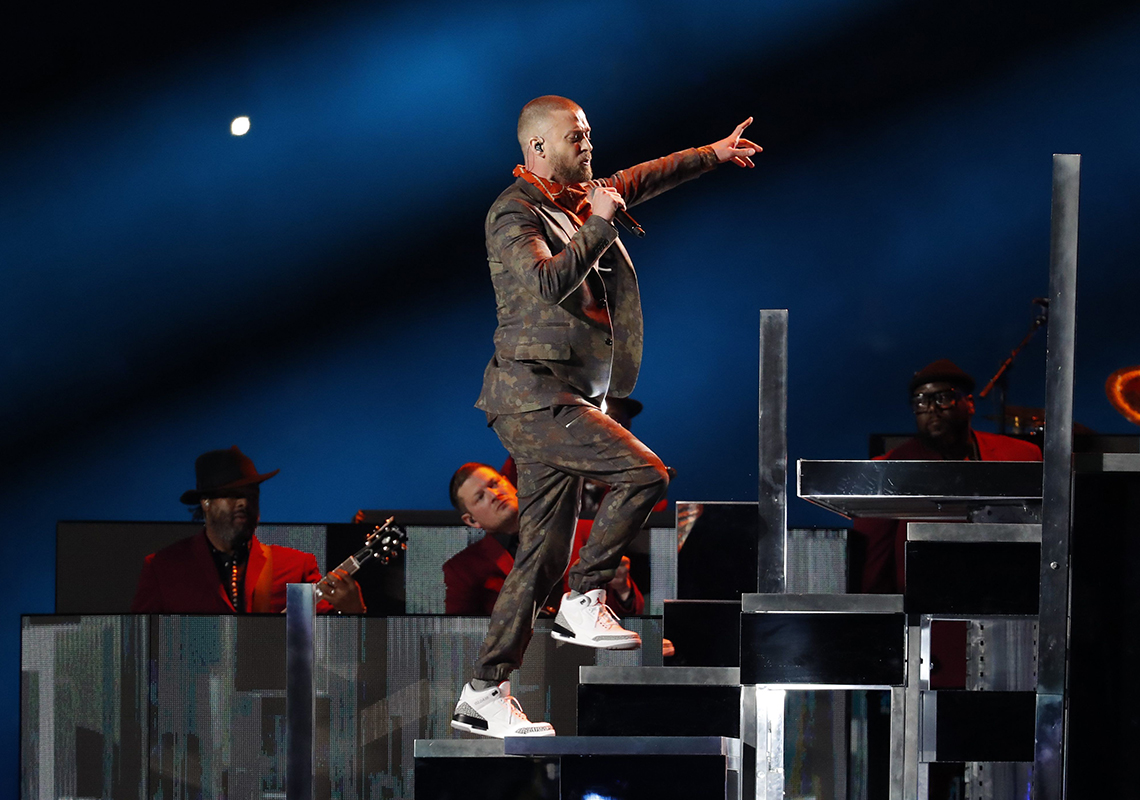 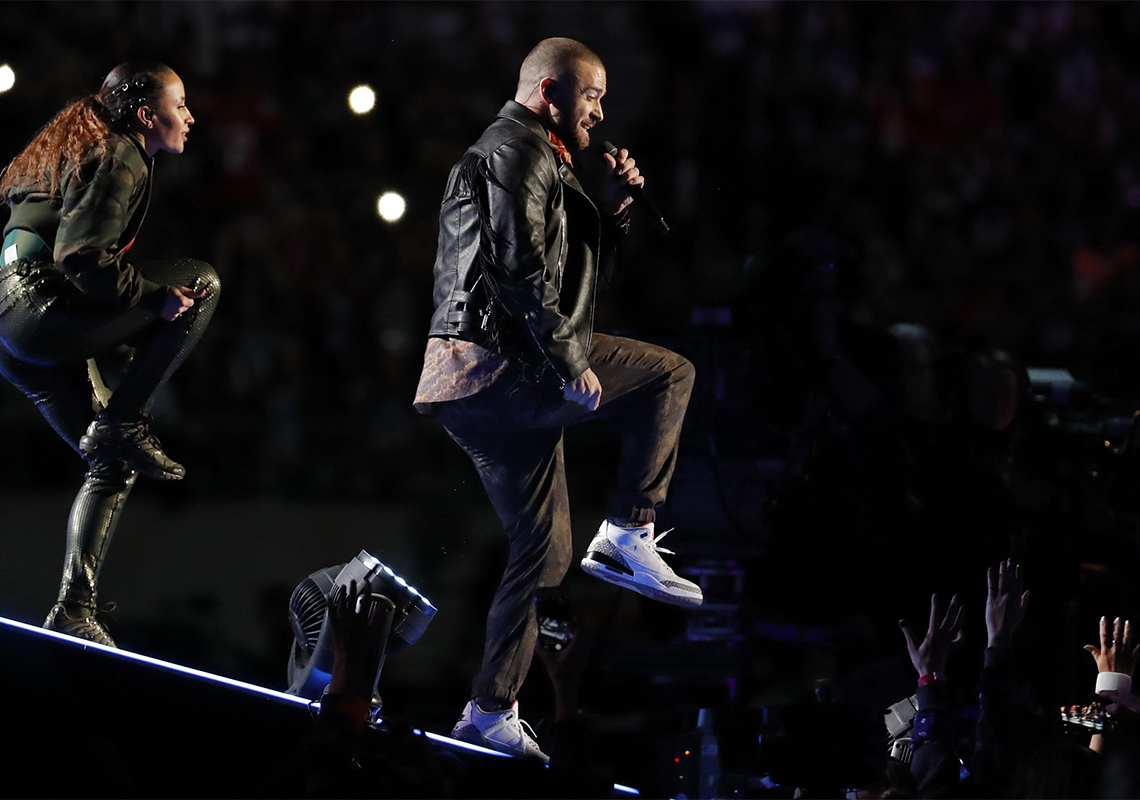