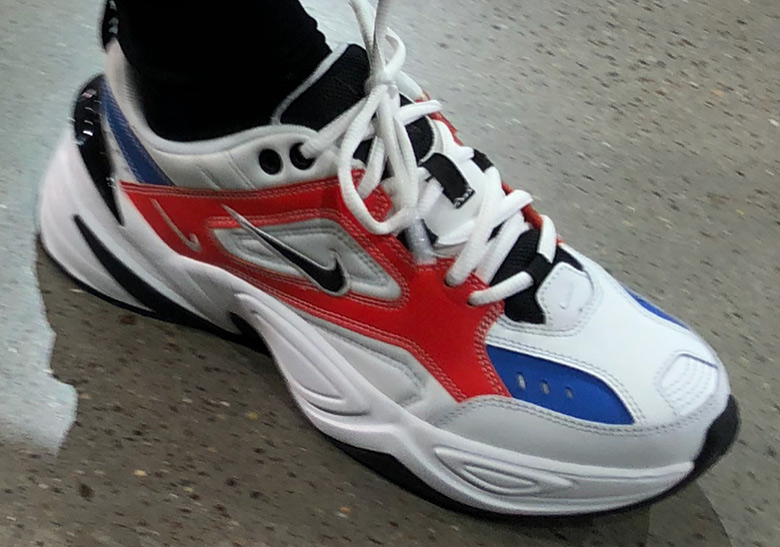 If you’re falling for the latest trend of chunky shoes, then consider Air Monarch the grandaddy of them all. Completely unforgiving of its spatial governance, the Air Monarch has literally been the “dad” of sneakers as its been one of the brand’s top bread-winners for Nike year after year. It puts food on the table and only asks for some respect and appreciation in return, and in 2018 the Monarch will finally get its shine without having to shed any of its dad-bod bulk.

John Elliott, the menswear designer who has been in cahoots with Nike over the last few seasons, featured this new style from the Air Monarch lineage with some millenial-friendly color-blocking and details that give this tank of a shoe the on-foot look that trend-hoppers can’t get enough of. Truth is, the Air Monarch has always been a cult hit, but maybe more as a joke than anything else. The older generation who were religiously loyal to the leather athletic sneaker were once deemed lost causes in cases of fashion, but it’s clear that dad knew best all along.

Congrats on the new collection @johnelliott_ but man these Monarchs almost stole the show. #HSkicks