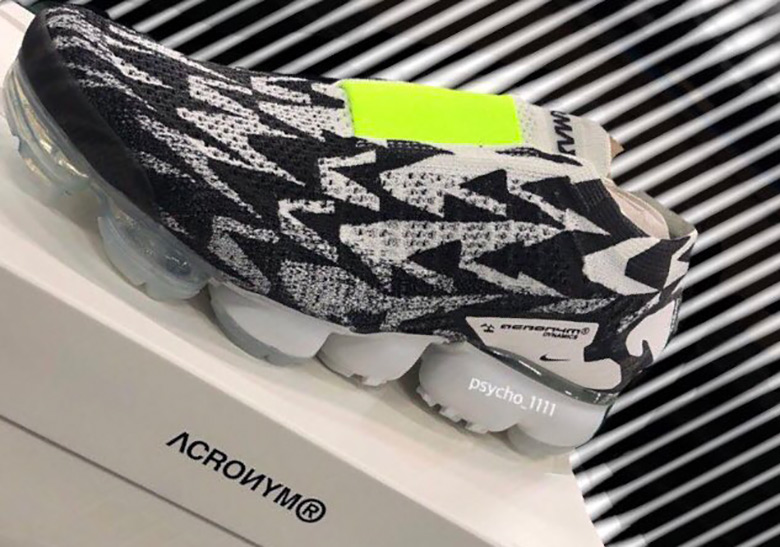 ACRONYM’s next collaboration with Nike has been revealed to be the Vapormax Flyknit Moc 2 silhouette, a slightly modified version of the laceless and strapped Vapormax Moc shoe. We got a first inkling of the ACRONYM x Nike Vapormax Moc last October, although many incorrect guesses assumed the shoe would be a Vapormax version of the Air Moc sneaker from the 1990s (we’re certain you’ve seen those hilarious mock-ups by now). This first look reveals a Light Bone/Black Flyknit pattern, a Volt mid-foot, and matted Air units; some may a bit disappointed that the shoes lack some sort of technical application, similar to how their Air Presto and Air Force 1 collaborations have turned out. Release information hasn’t been disclosed just yet, but expect these as well as another colorway soon.