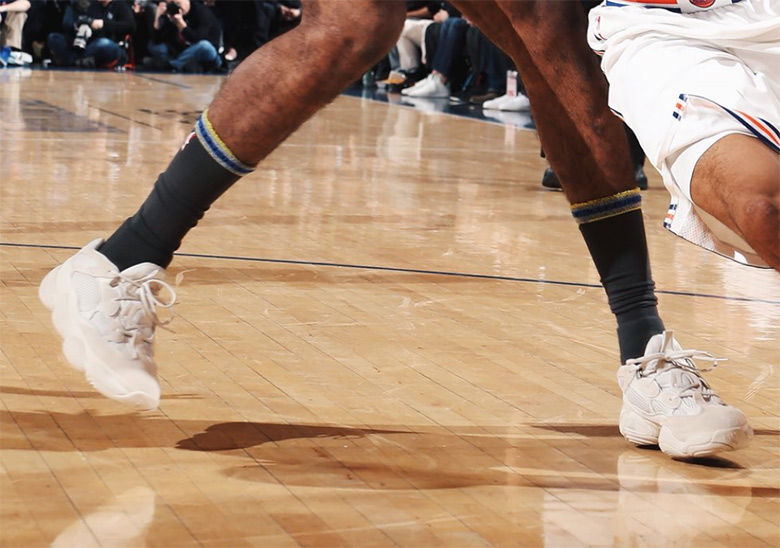 In last night’s 125-111 win against the Knicks at MSG, Warriors shooting guard Nick Young laced up a pair of the adidas Yeezy 500s in “Blush”. While the 500 is not specifically made for basketball, it does boast the same adiPrene tooling as Kobe Bryant’s adidas KB8 3 sneaker – making for a smoother ride than Young’s footwear in 2016. While young played for Bryant’s Lakers, he zipped up a pair of Yeezy 750s on court – marking the first and likely last time someone will ever do that. In 15 minutes of play last night, P tallied a mere 3 points with no rebounds and no assists, so expect to see him in some different footwear when the Dubs take on the Wizards tomorrow. Grab an on-foot look of the 500s below and tell us if you would ever hoop in them. 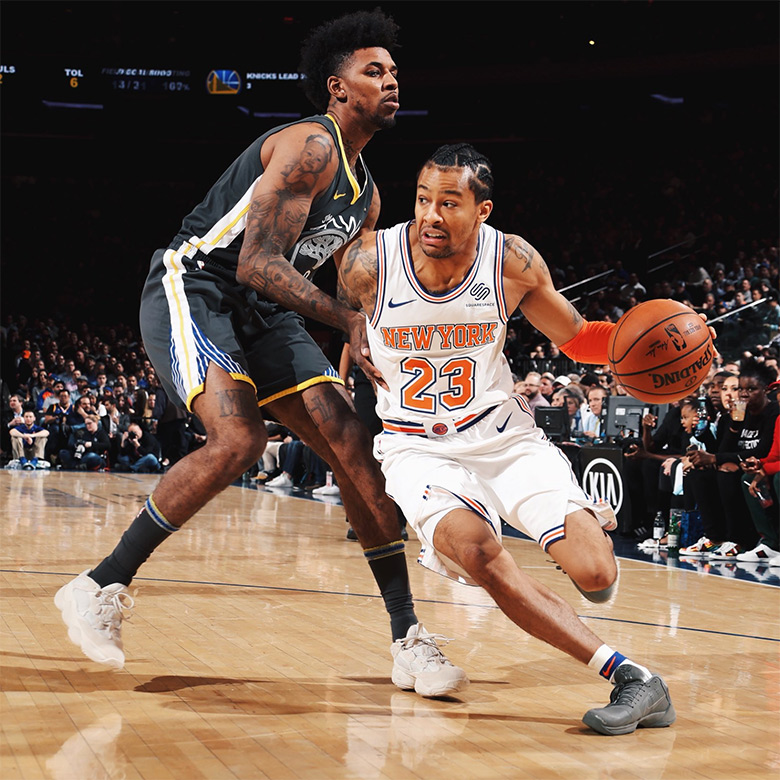 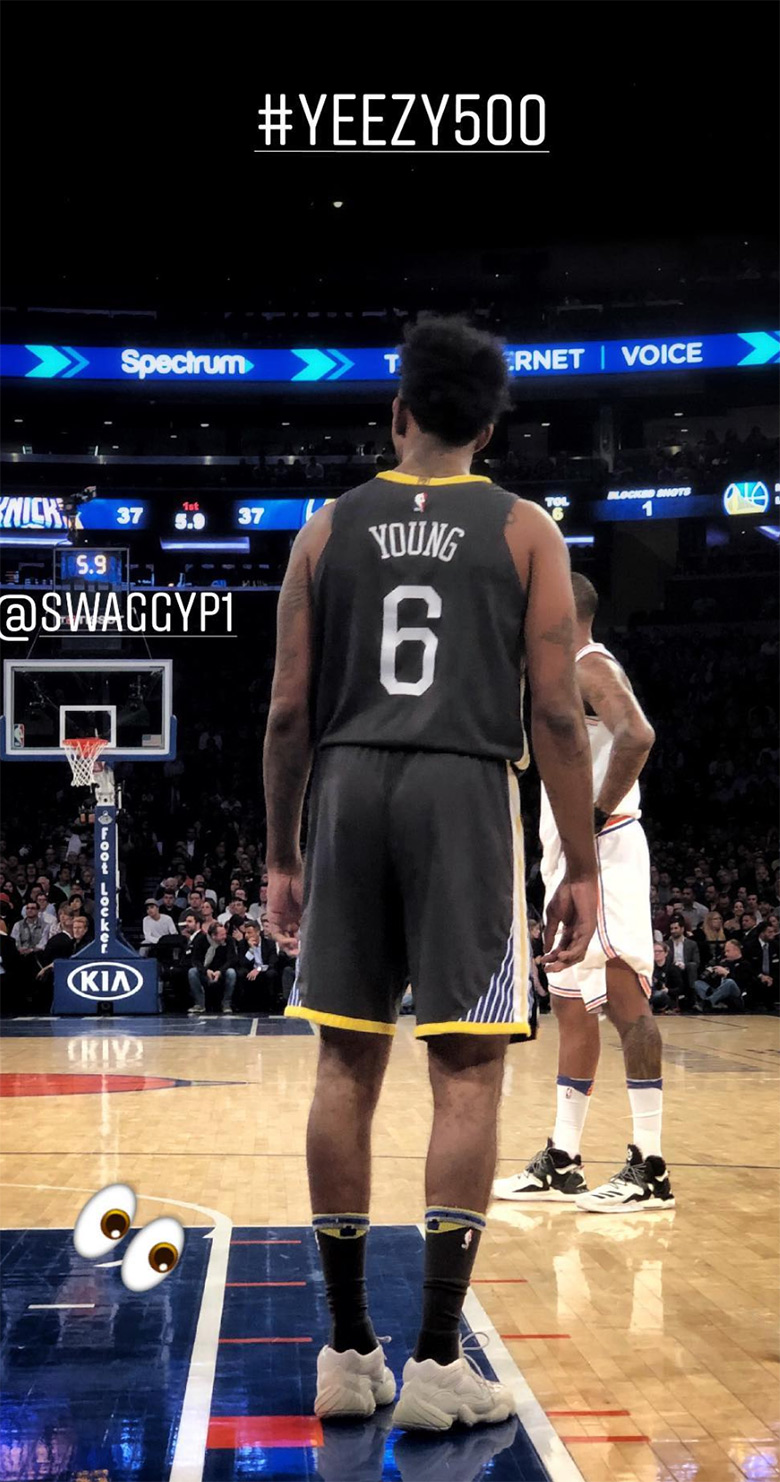