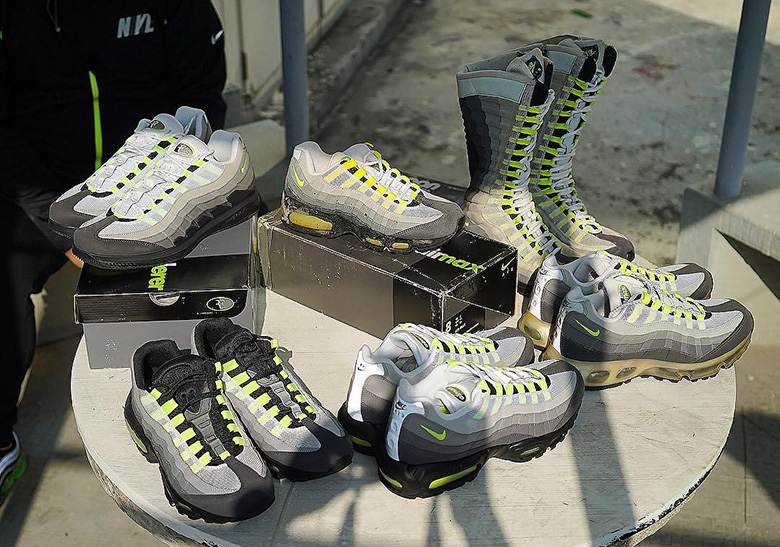 A Brief History Of The Nike Air Max 95 “Neon”

Few sneaker colorways in history have had an impact like the “Neon” affair of 1995. Originally debuting on the annual flagship Air Max shoe (it wouldn’t be called Air Max 95 until later), the pairing of the neon green with the timeless gradient of grey tones has evolved into one of the brand’s signatures, firmly etching itself into the fabric of the brand’s legacy. Over the years, we’ve seen the “Neon” colorway reprise its role on the Air Max 95 through various Retro releases, but it’s also been chosen as the anchor for some of Nike’s more experimental creations like the Air Max 95 360, part of 2006’s One Time Only Pack, and the mythical knee-high boot that became available in late 2007. There was also the Ueno-exclusive version, the Patch version, and several other iterations that have culminated with Roger Federer’s signature shoe, the Vapor RF. While not the most extensive display of Air Max 95s, these photos shared by gc911 have all the significant chapters laid out, complete with the original box. This, of course, is all leading up to the grand re-release of the Air Max 95 “Neon” (it already released in Japan), so stay tuned for a release date and enjoy this eye candy below. 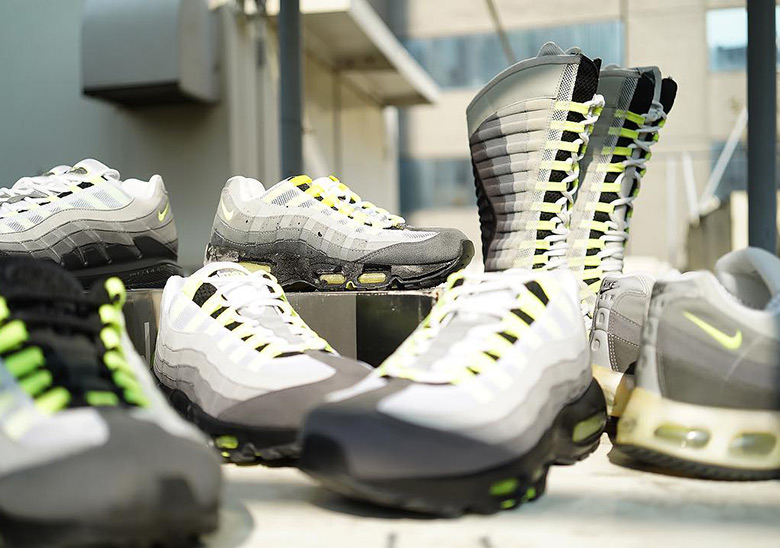 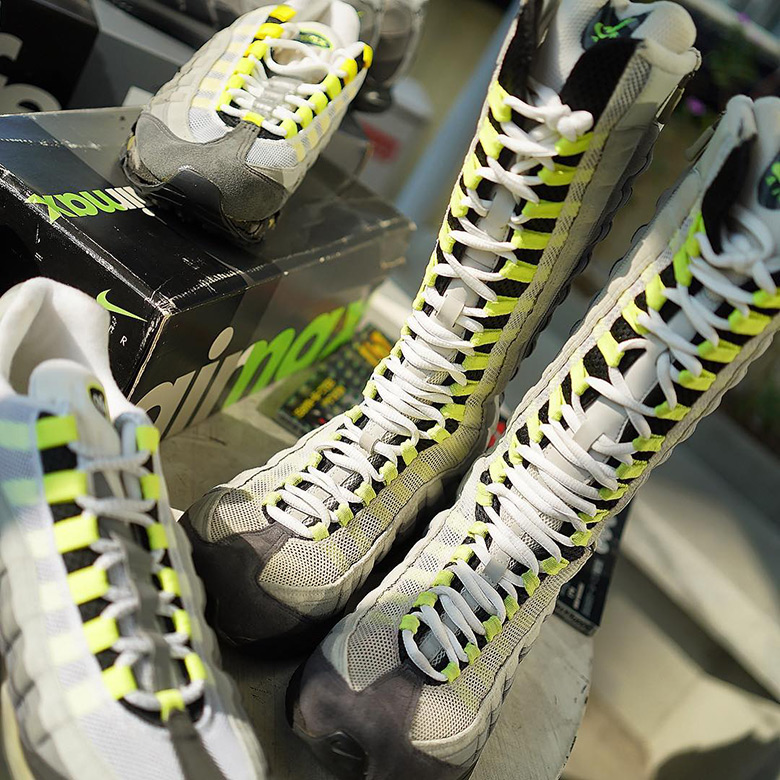 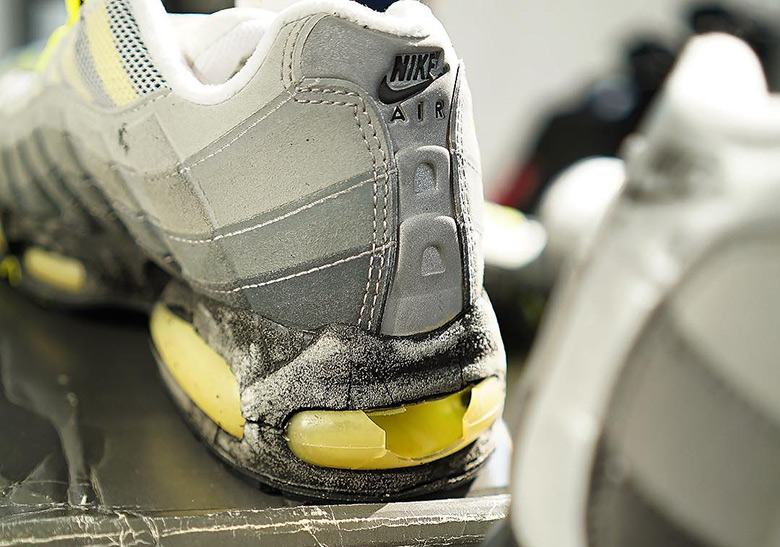 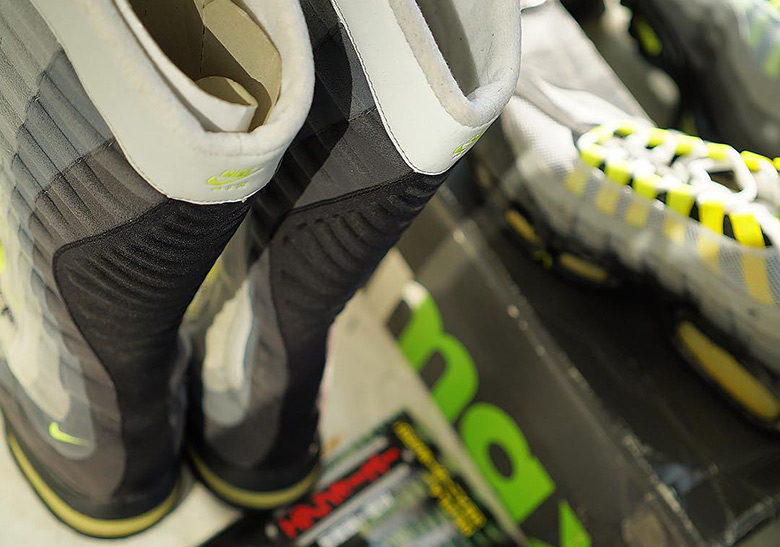