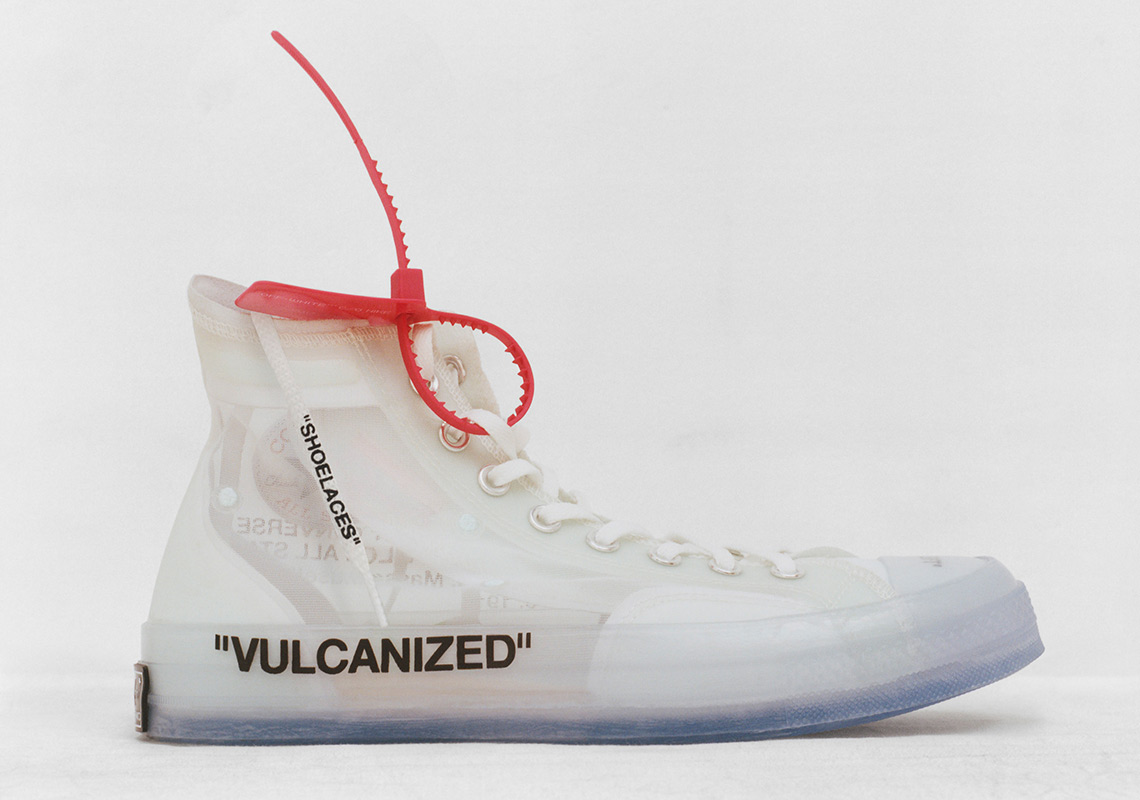 It looks like “The Ten” will finally be complete. Virgil Abloh’s game-changing collaboration with Nike featured ten icons of the Nike past and present, with no shoe reaching further back in history than the Converse Chuck Taylor. As part of the “GHOSTING” series of The Ten, the OFF WHITE Chuck Taylor features fully translucent uppers with “VULCANIZED” printed on the midsole. For reasons yet to be revealed by the brand, the release of this Chuck Taylor was indefinitely postponed, but it appears that May 10th will be release of this much-anticipated iteration. We’ll update you as that date nears, but for now update your sneaker release dates calendars to reflect this key development.

Update: The OFF WHITE x Converse Chuck 70 released on Nike.com on May 8th at 9 AM EST. A release on OFF WHITE and select retailers is still to come.