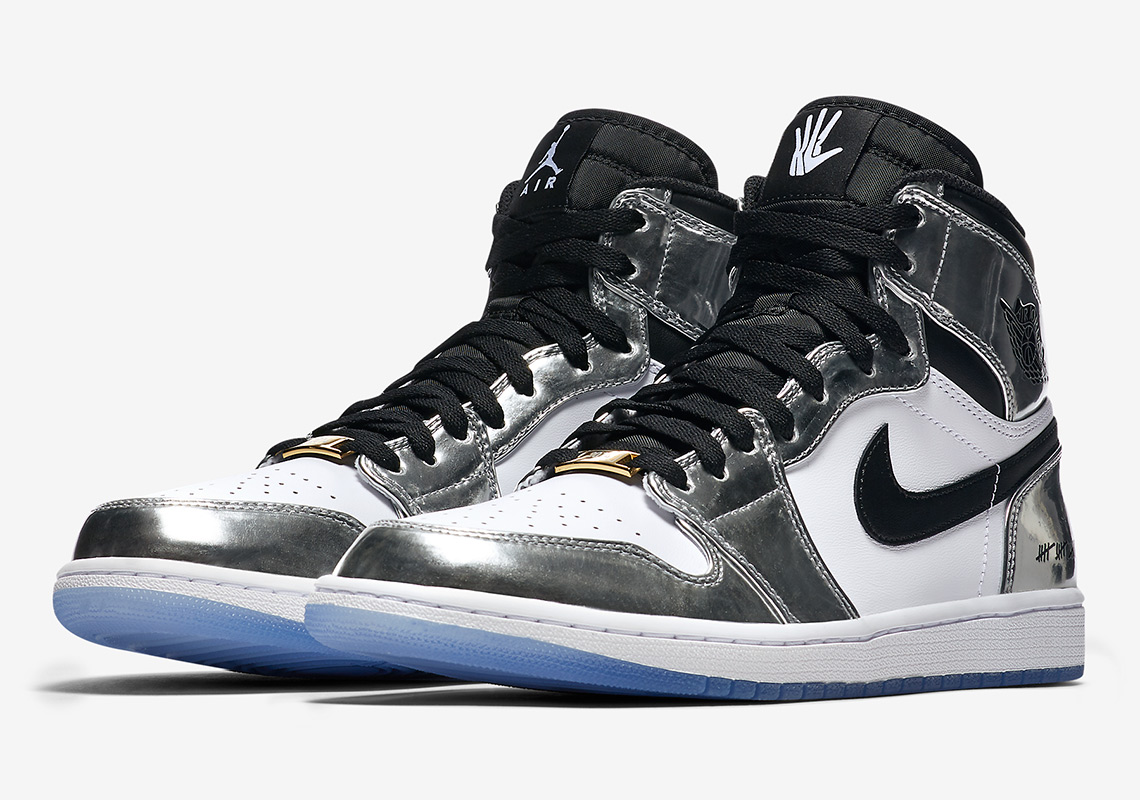 Jordan, Nike, and Converse’s extensive 16-shoe “Art Of A Champion” collection officially debuted earlier this week, and now official images of Kawhi Leonard’s contribution to the pack, the “Pass The Torch” Jordan 1 Highs have been unveiled as well. The shoes pay homage to Kawhi’s MVP performance in the 2014 NBA finals, and feature a chrome silver/white/black aesthetic replete with extensive detailing. The lateral side of the heel and the shoe’s laces are adorned with sixteen check marks, one for each win necessary to get through the playoffs and take home a Finals trophy, and the forefoot feature a gold deubré adorned with “2014” detailing. Leonard’s “hand” logo makes an appearance on the left shoe’s tongue, the right shoe’s insole and under the icy blue translucent outsole, and the championship-ready look is rounded off by “Finals” branding on the left shoe’s insole, gold lace tips and a gold championship trophy hangtag. Look for these trophy-worthy Air Jordan 1 Retro Highs to arrive April 28th for $145 USD. 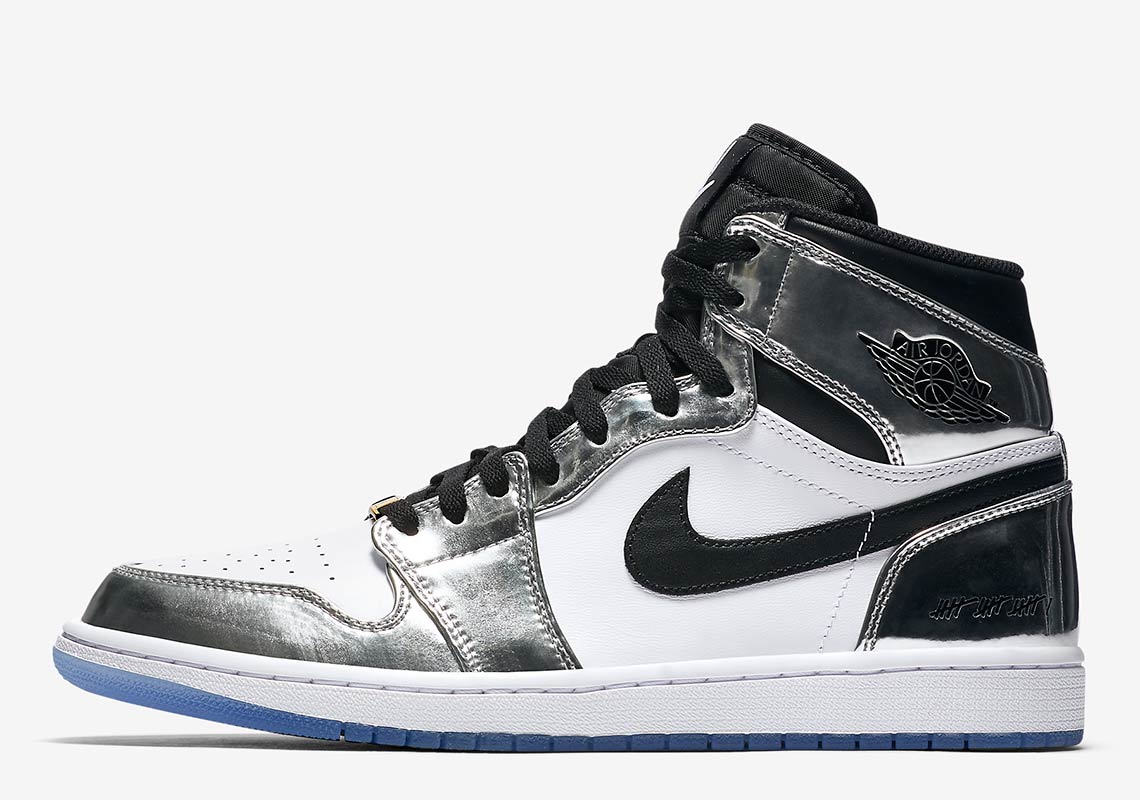 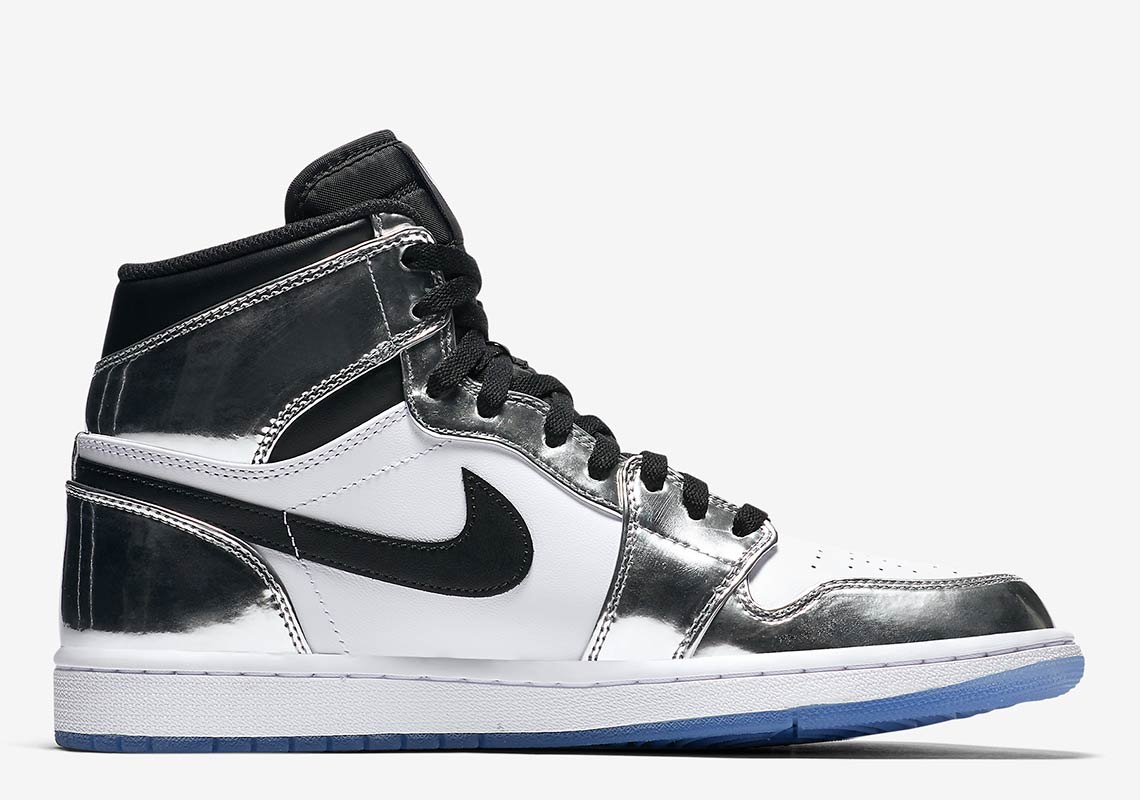 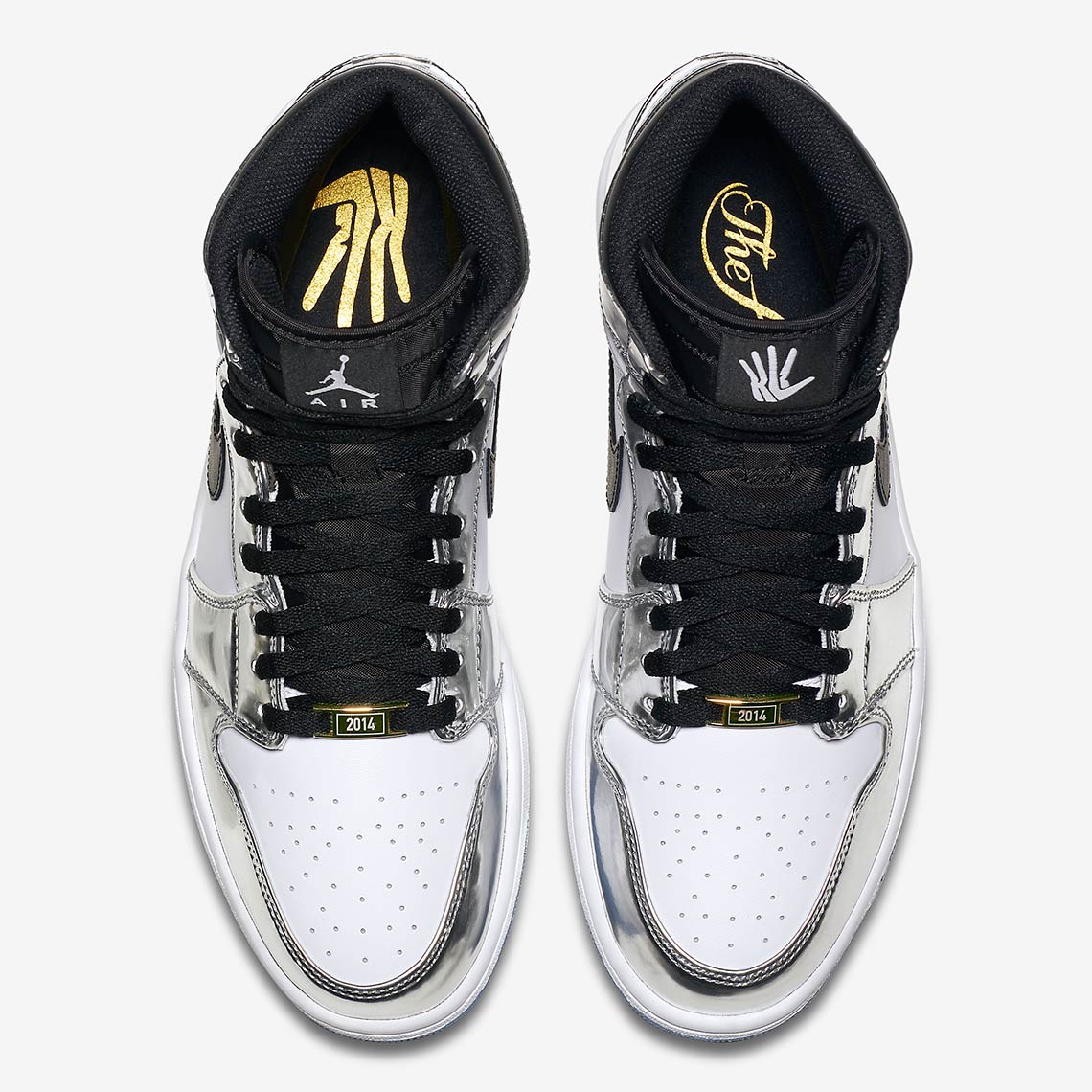 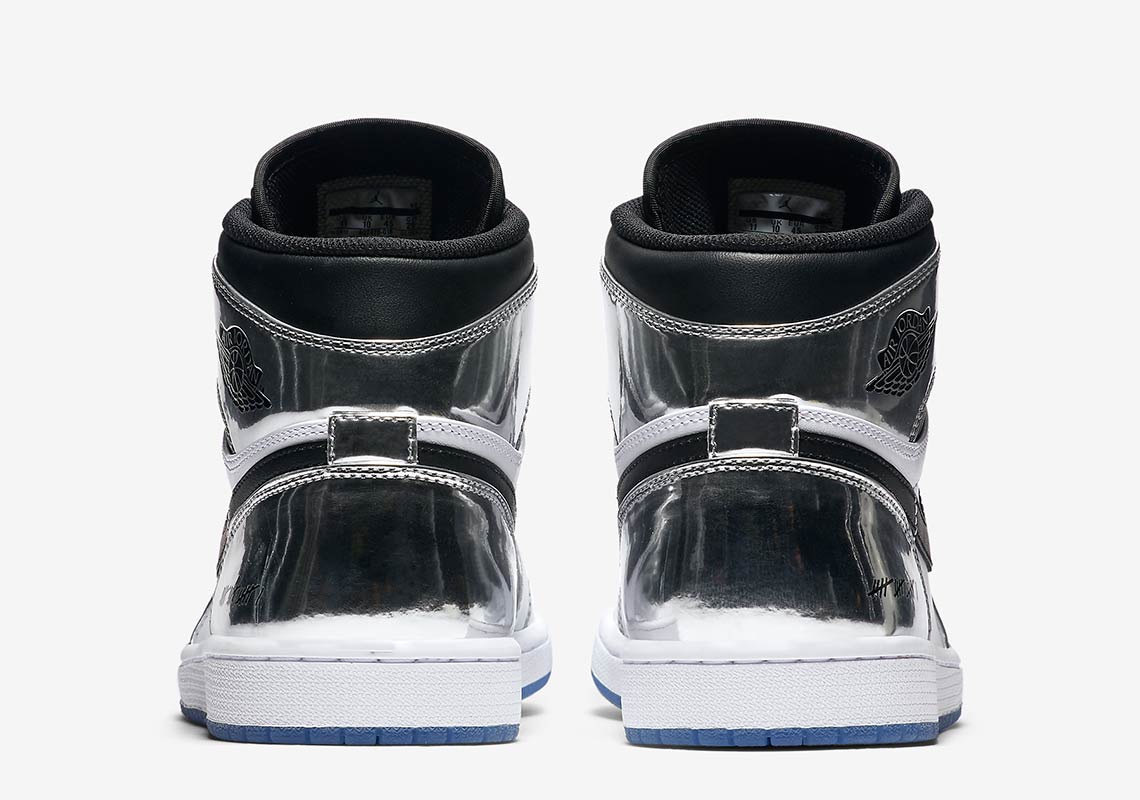 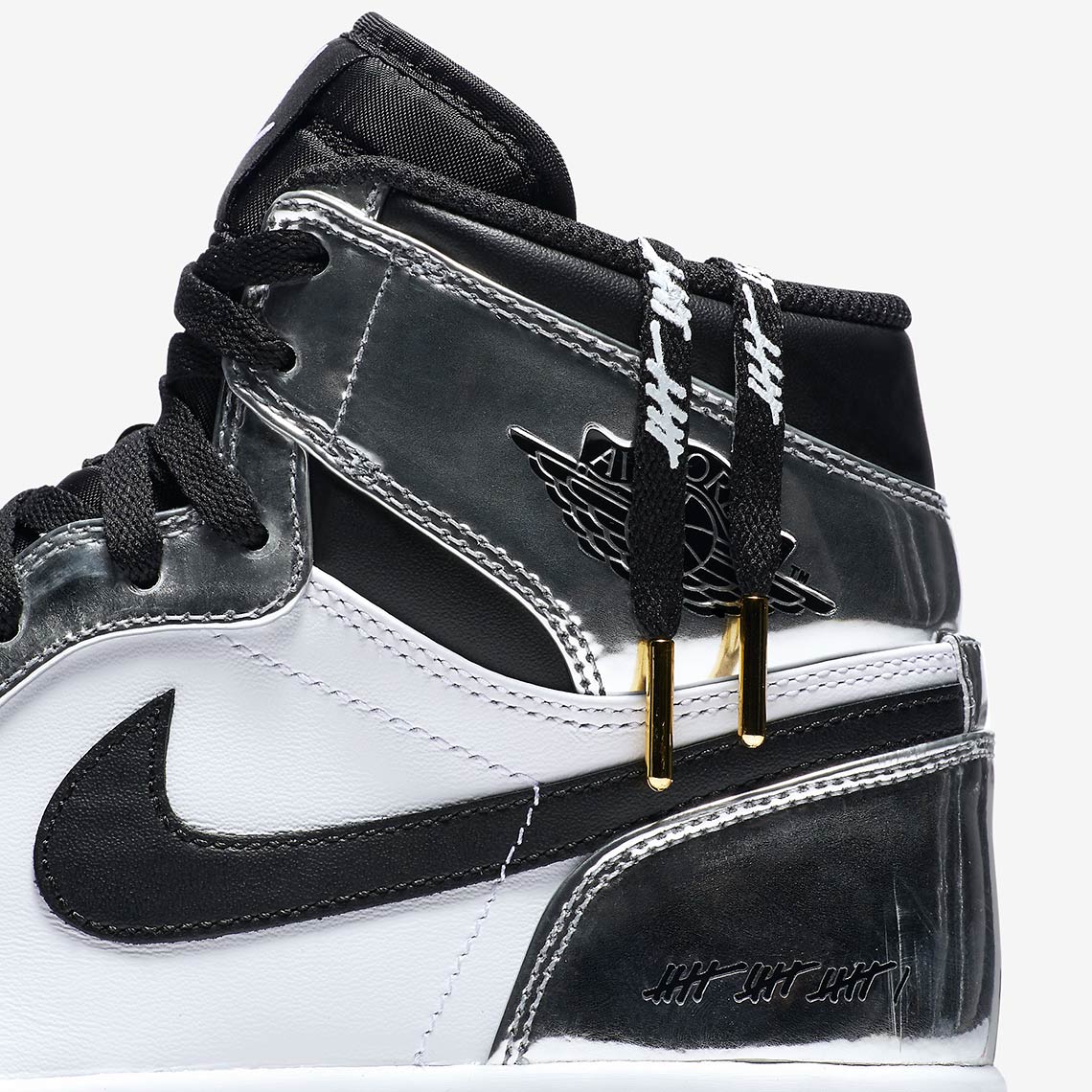 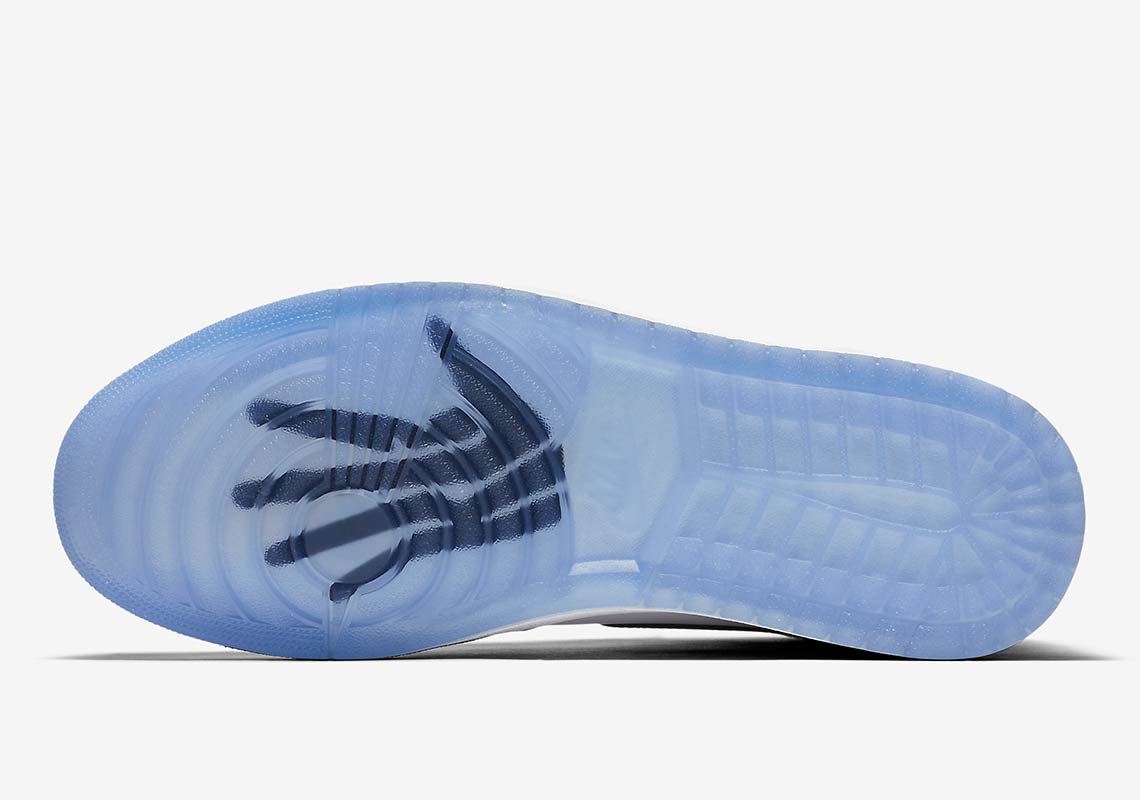 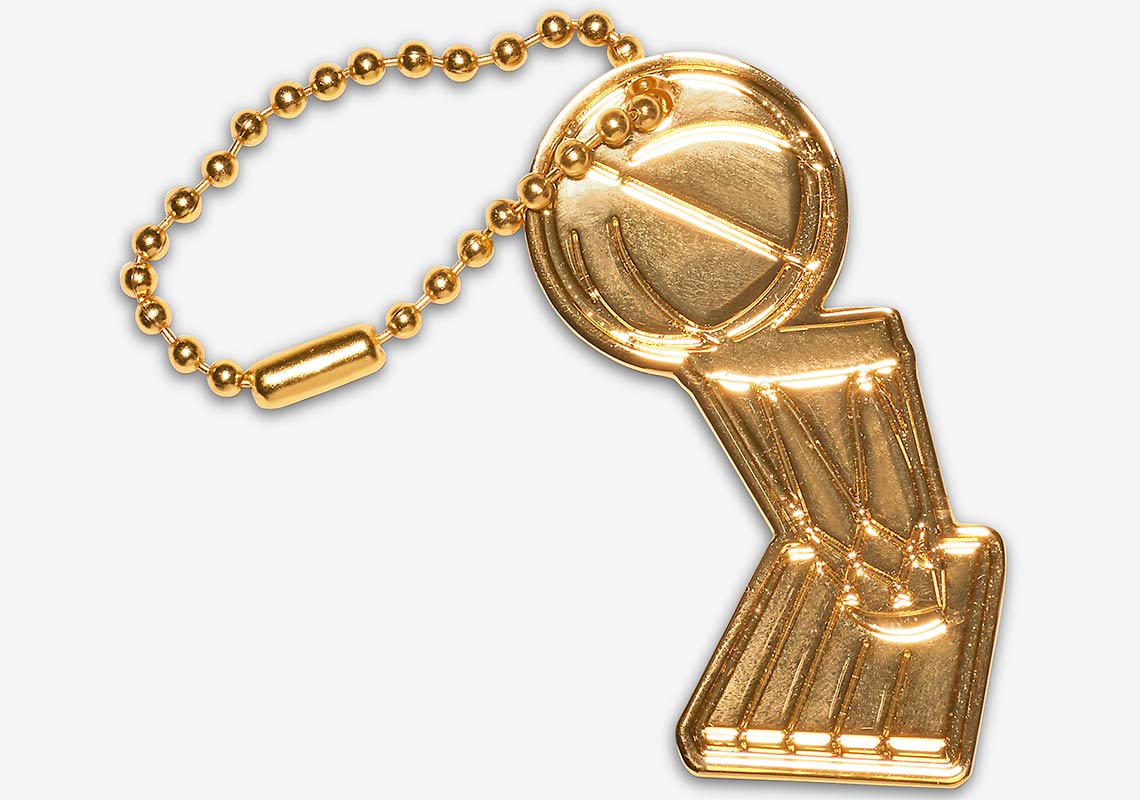