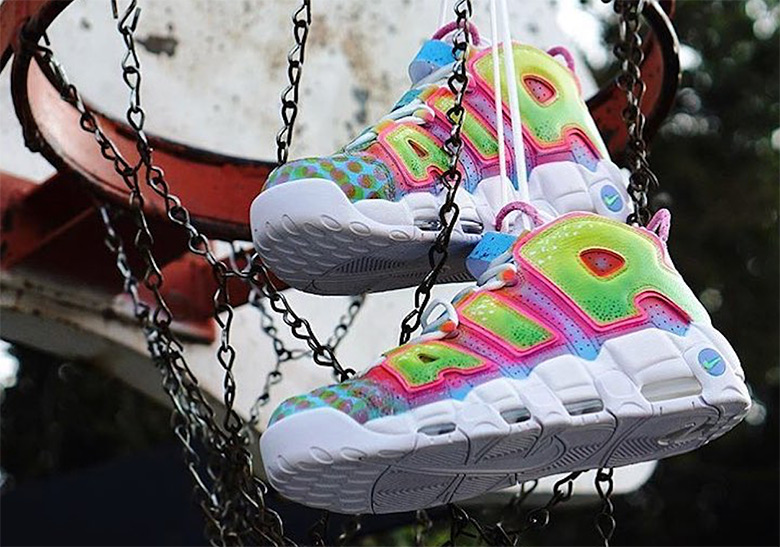 “The Fresh Prince Of Bel-Air,” a classic 90s sitcom starring Will Smith as a West Philadelphia teenager who’s sent to live with his aunt and uncle in Bel Air, California has always played a part in sneaker culture, from Smith wearing a pair of “Grape” Air Jordan 5’s on the show to 2013’s “Bel-Air” Jordan 5 release inspired by the bright colors that Smith’s character wore prominently during the show’s run. Now, more than 20 years after the show’s final episode aired, the Fresh Prince is still influential as ever in sneaker culture: Smith himself took to Instagram last week to show off a 1-of-1 pair Air More Uptempos that he’d received from customizer TheButcherBrand in honor of the show.

The shoes offer a loud rainbow aesthetic inspired by the show’s colorful logo with overlapping polka dots on the toebox, and paint splatter adorning the tongue and elastic bands on the lacing system. The ubiquitous “AIR” branding is done up in green with pink borders, while an aqua blue serves as the upper’s base color and a white midsole rounds off the colorful look. You won’t be able to get your own pair of these as they’re a 1-of-1 done for the Fresh Prince himself, but if you’re into retro silhouettes, there’s bound to be something that you’ll enjoy in Nike’s recently-announced “Art Of A Champion” pack. 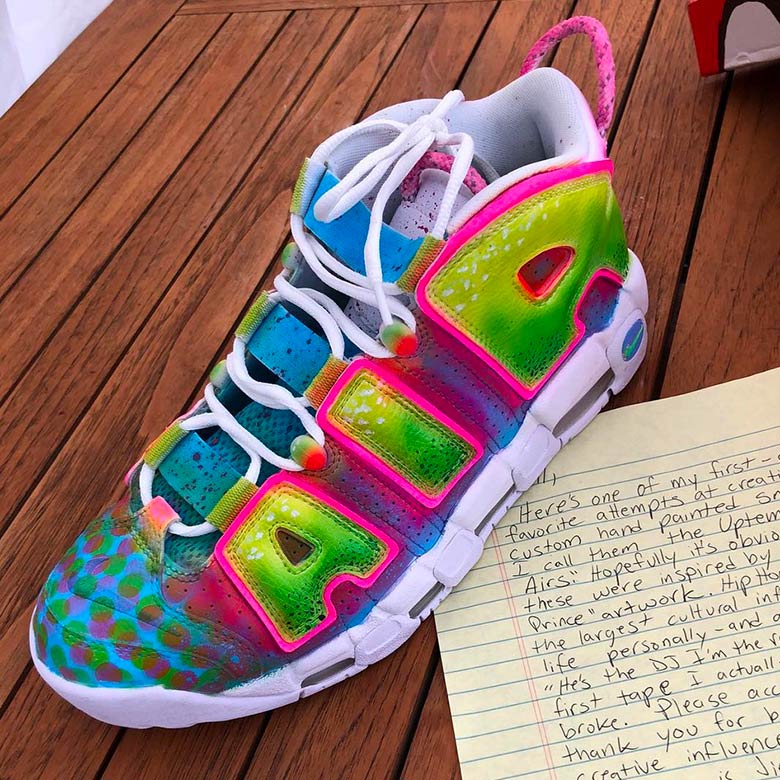