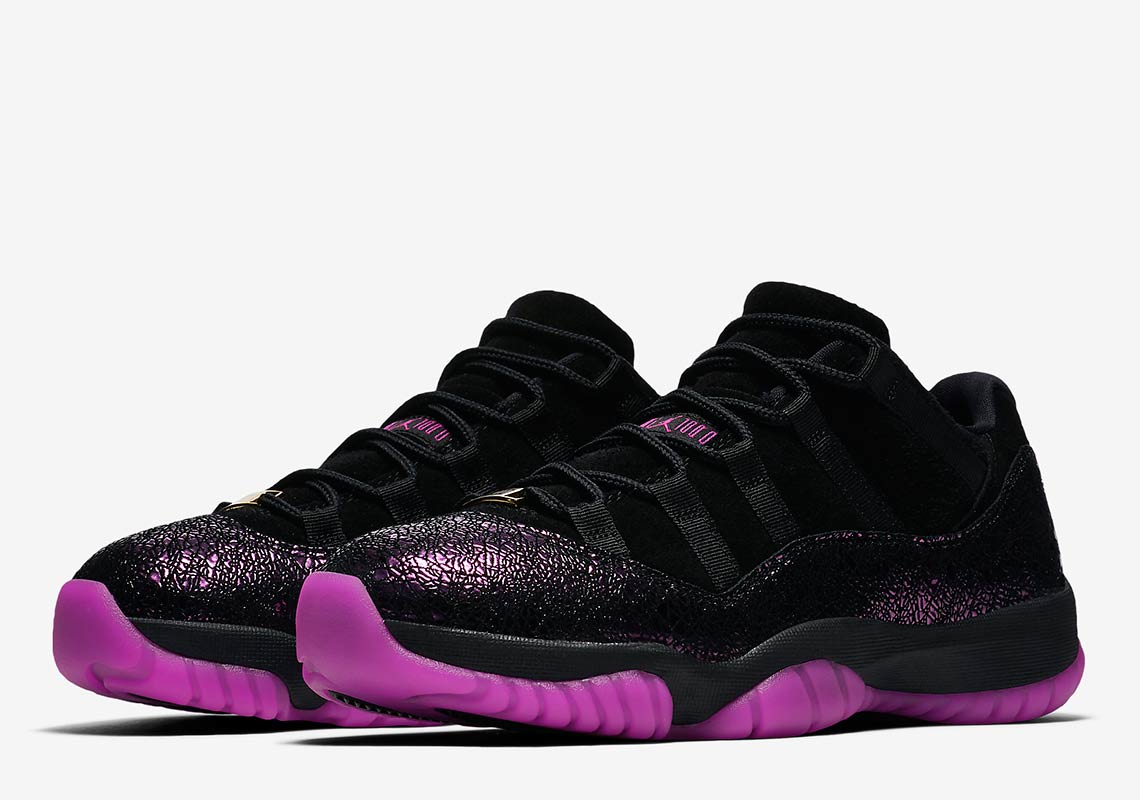 Maya Moore is unquestionably one of the most decorated players in WNBA history. With 4 championships, a league MVP and multiple other accolades like All-Star appearances and scoring titles under her belt, she’s firmly established her place in the pantheon of WNBA greats. Jordan Brand is paying homage to Moore and her rookie season of 2011, where she  won a Rookie Of The Year award and her first WNBA Championship with a Jordan 11 Low as part of the “Art Of A Champion” pack. Moore’s 11 Low features a black suede upper with a purple crackle print taking the place of the usual patent leather detailing the Jordan 11 is known for. Deubrés adorned with “2011” appear on both shoes, and gold “Finals” branding appears in the left shoe’s insole while Moore’s logo is placed in the right. A bright purple outsole rounds off the shoe’s royal aesthetic. Look for these commemorative 11 Lows to release May 24th for $175 USD. 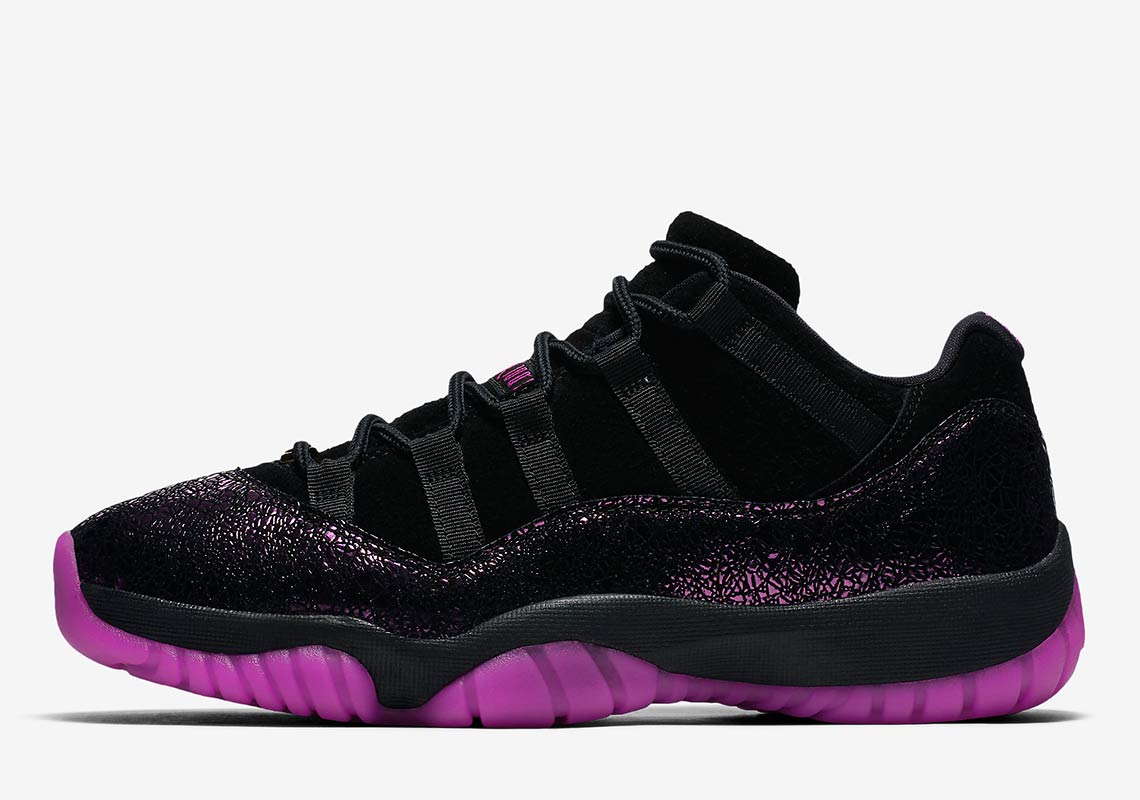 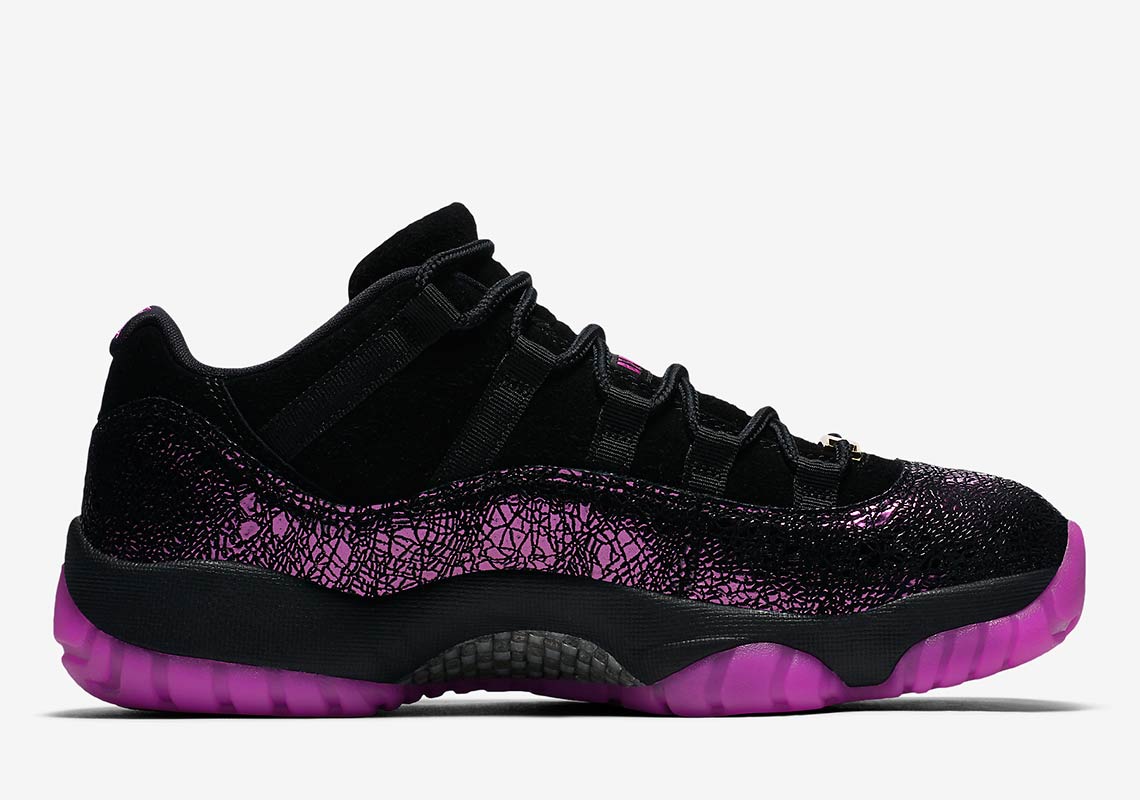 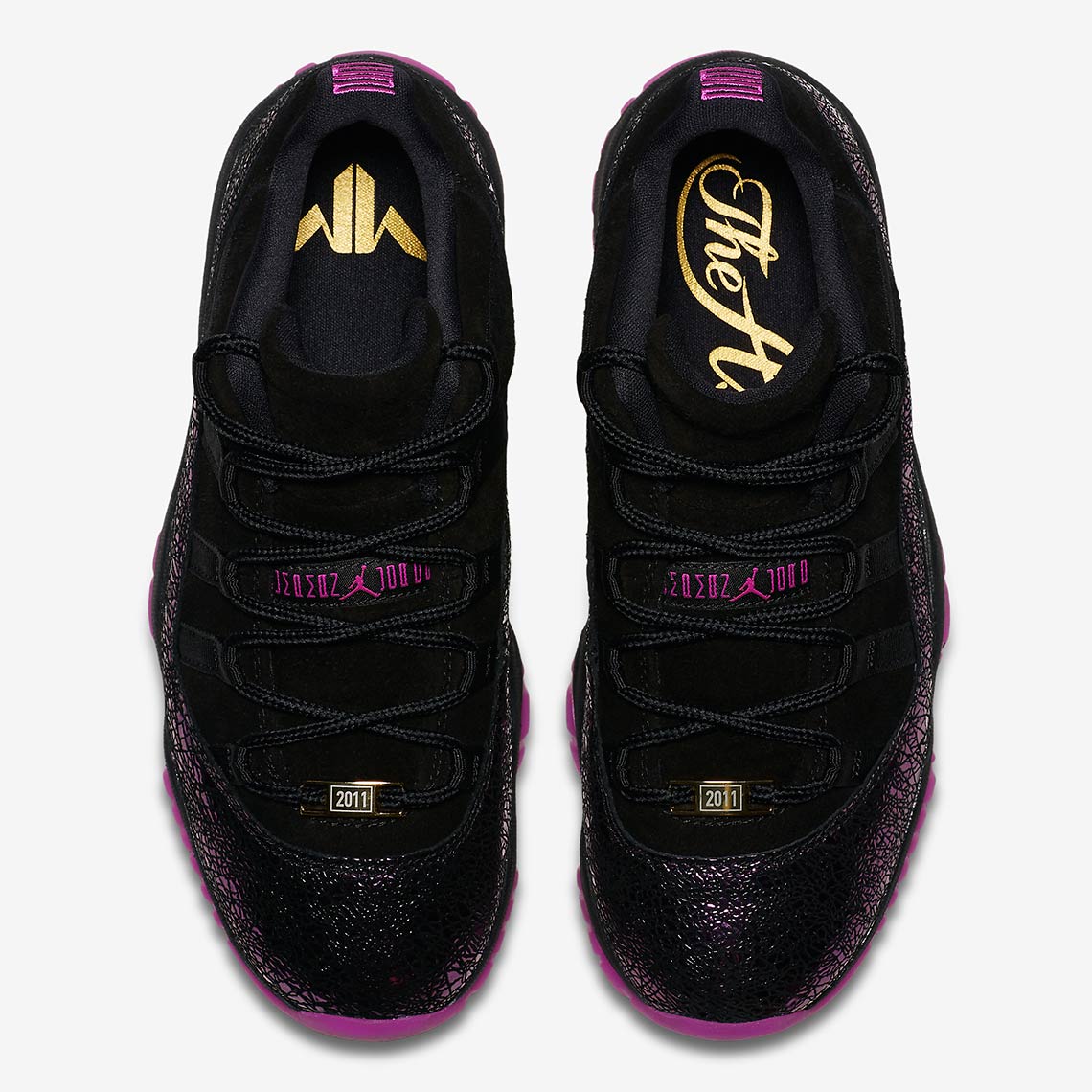 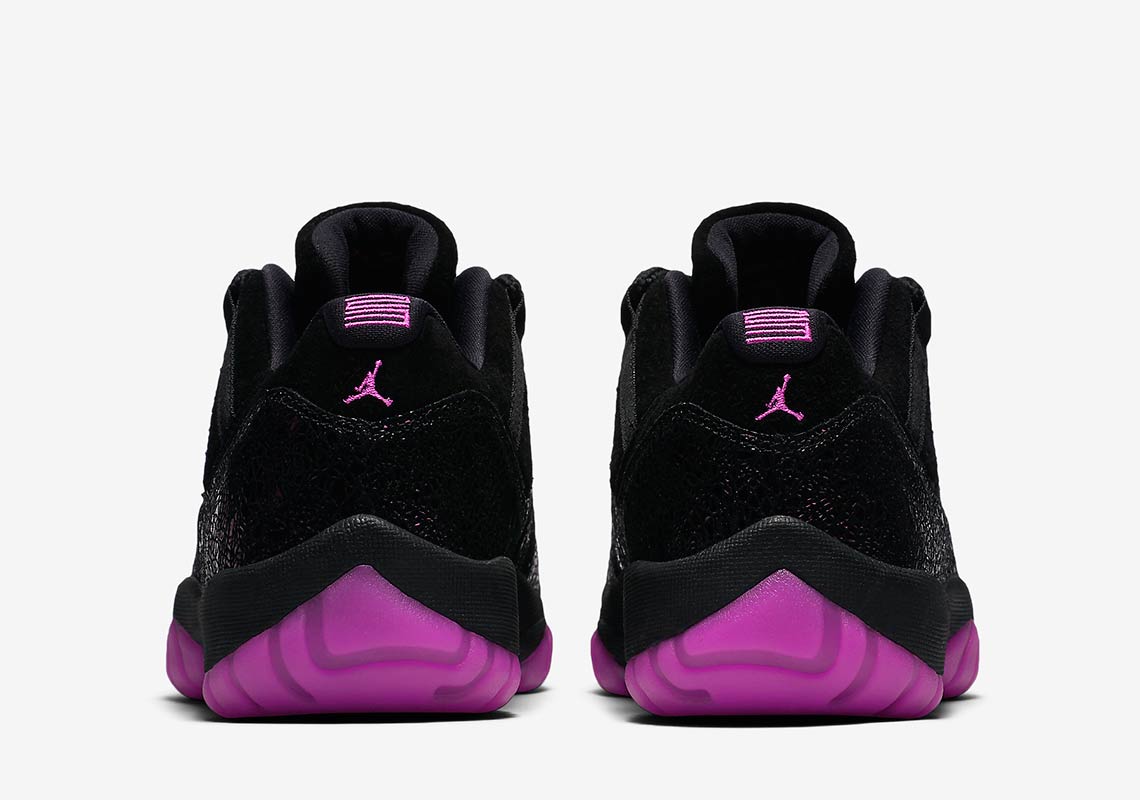 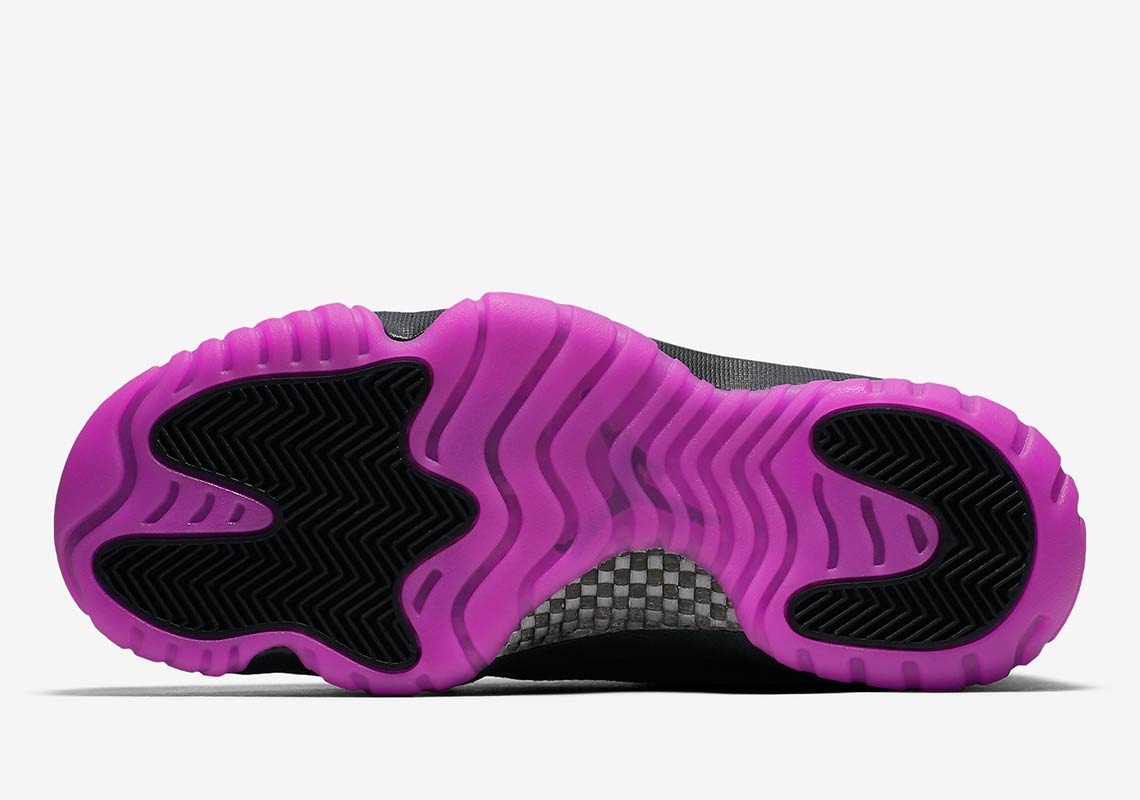 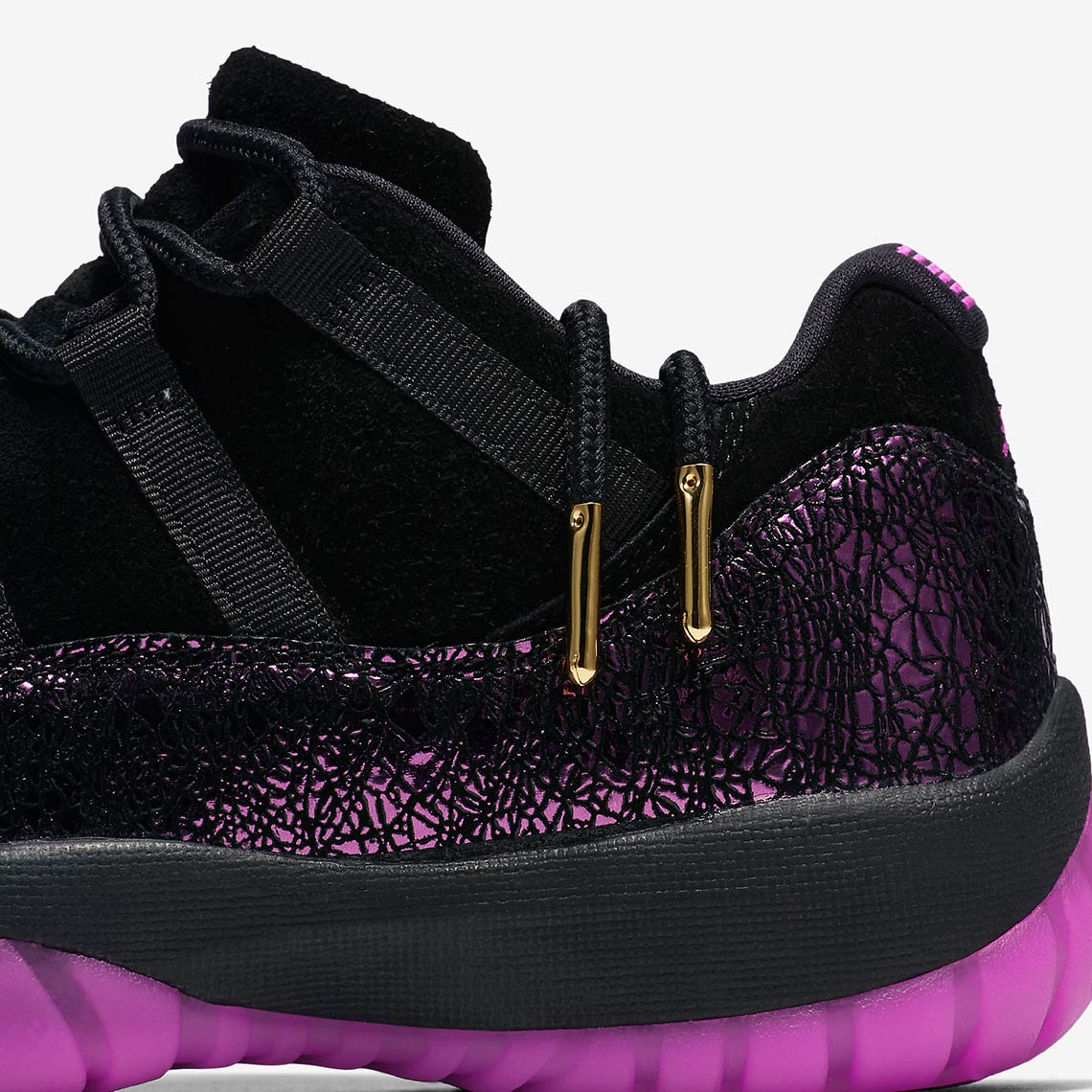