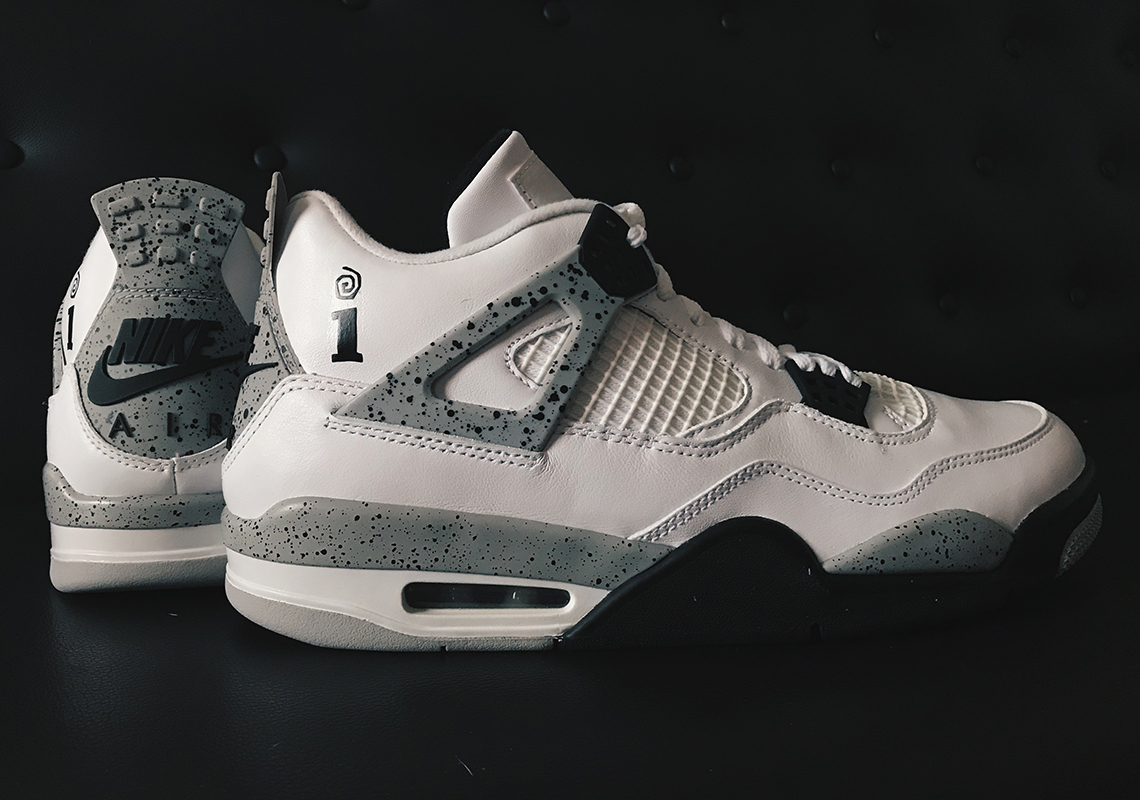 As part of Nike’s extensive NBA All-Star Weekend festivities this past February, Jordan Brand hosted an installation at the Interscope Records studios titled “Studio 23.” Complete with a fully functional studio, Jordan City Of Flight merchandise, product customization and live music, the event was an immersive interactive experience, combining music and basketball culture together in a city that has a rich history of both. One of the biggest surprises to come out of the installation was a co-branded Jordan 3: a classic pair of Black Cements with Interscope hits on the upper and the laces. That pair was thought to be the only collaborative silhouette produced at the installation until now, as Davis Huynh has shared images of a White Cement Jordan 4 featuring the same Interscope branding.

The classic colorway is largely unaltered, but the pair is set apart from a general retail release with Interscope’s “I” logo making an appearance near the lateral side of the heel collar, and “Interscope Records” spelled out in bold letters on the laces of the right and left shoe. As this is a special friends and family pair that was likely given away to those in Interscope or Jordan Brand’s inner circle, you shouldn’t expect to see a retail release, but for more unique Jordan info you can check out this “Raptors” 4 that was originally intended for Drake. 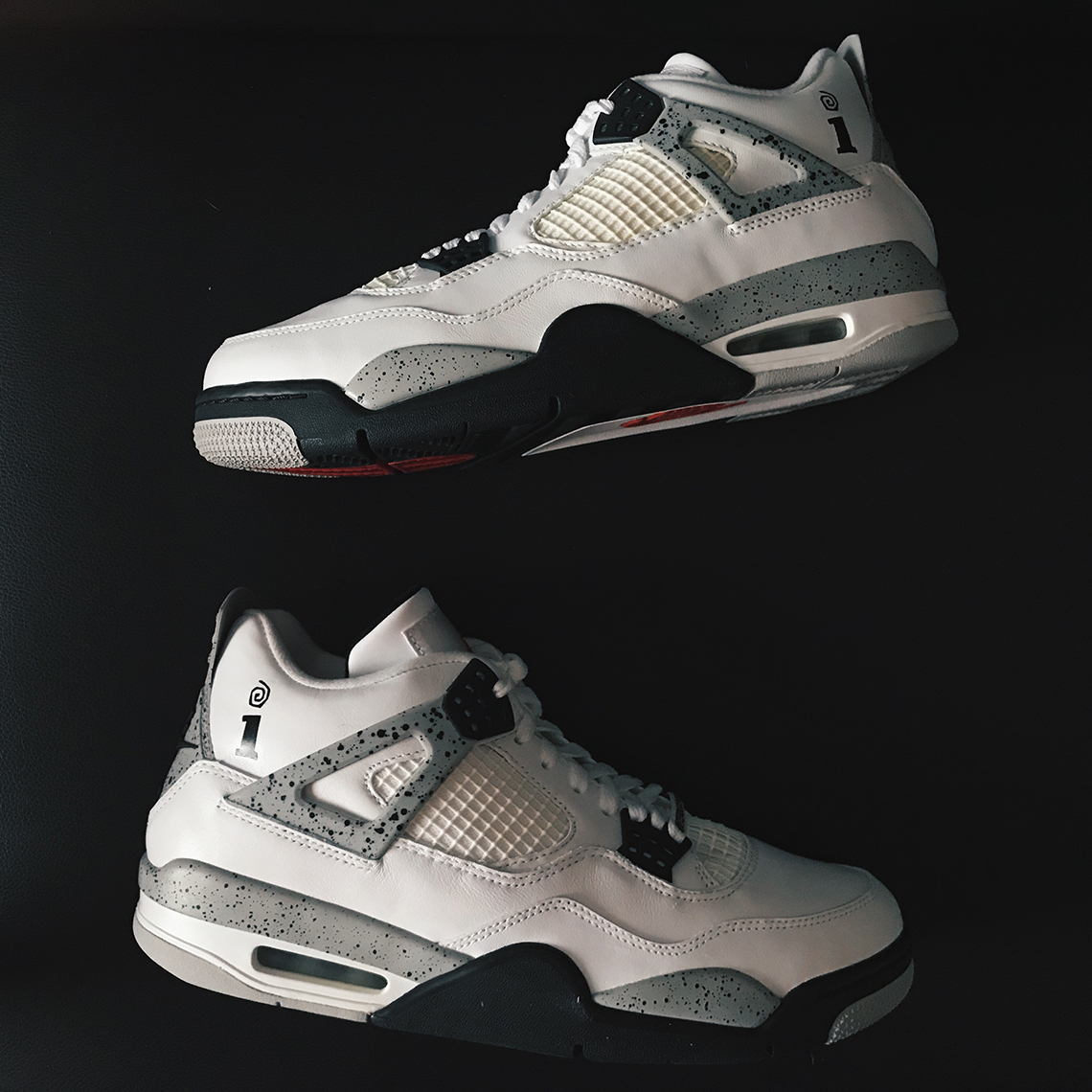 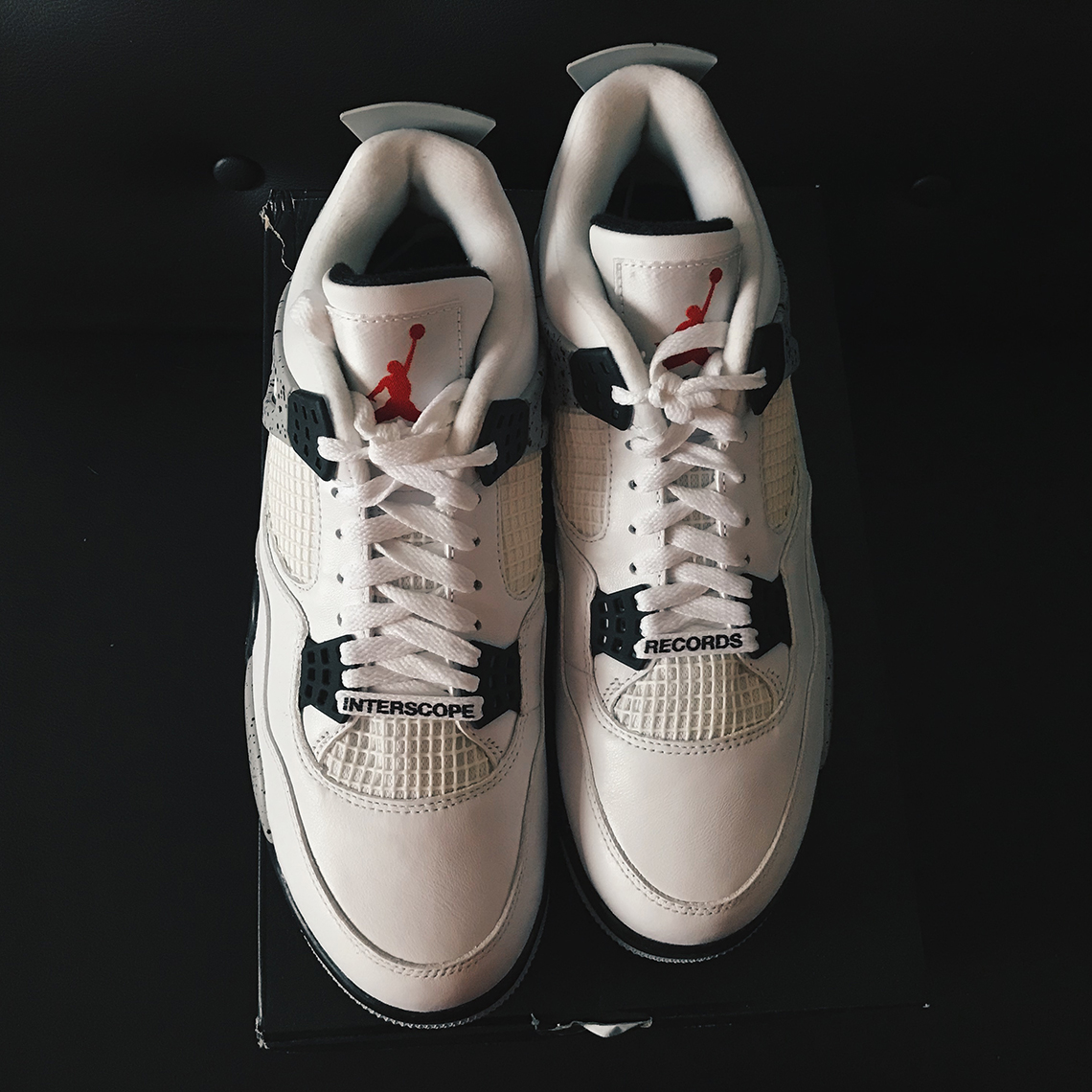