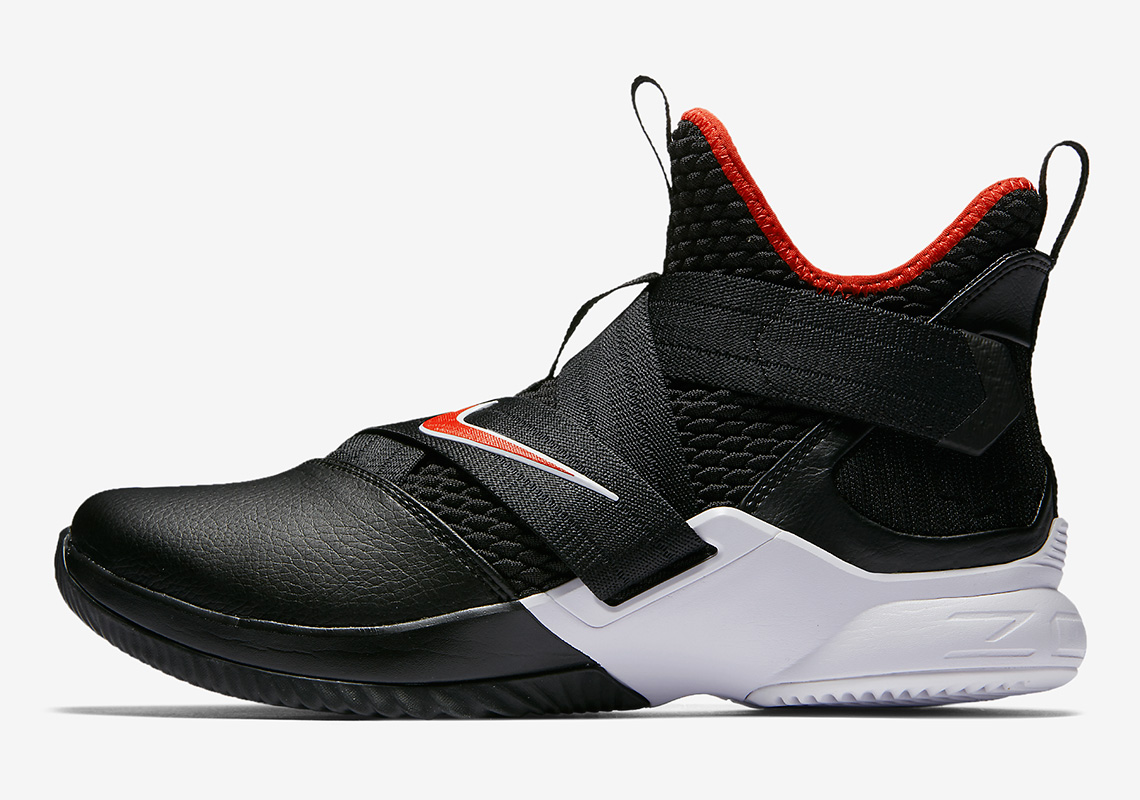 After LeBron’s astounding game-winning 3-pointer in game 5 against the Indiana Pacers last night, a new colorway of his battle-ready Soldier 12 has appeared. Featuring the classic black/red colorway that’s become synonymous with King James’s Nike Basketball line, the shoe features an all black upper with red accents arriving on the strap’s Swoosh/LeBron logos and heel collar. A white/black midsole with a large debossed Zoom Air heel logo and a two-tone white and black outsole complete this Soldier 12’s classic look. No official release date has been announced yet but look for these versatile LeBron Soldier 12s to drop soon, and check out another OG white/navy/gold colorway of the shoe as well. 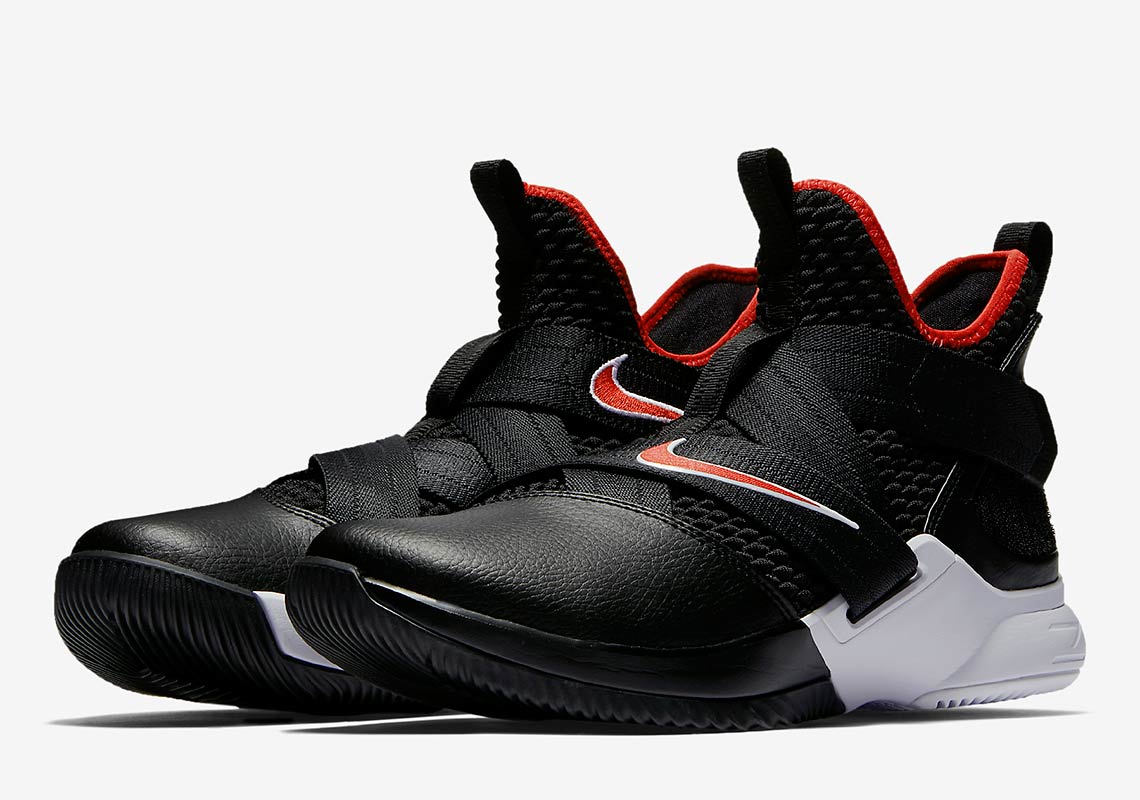 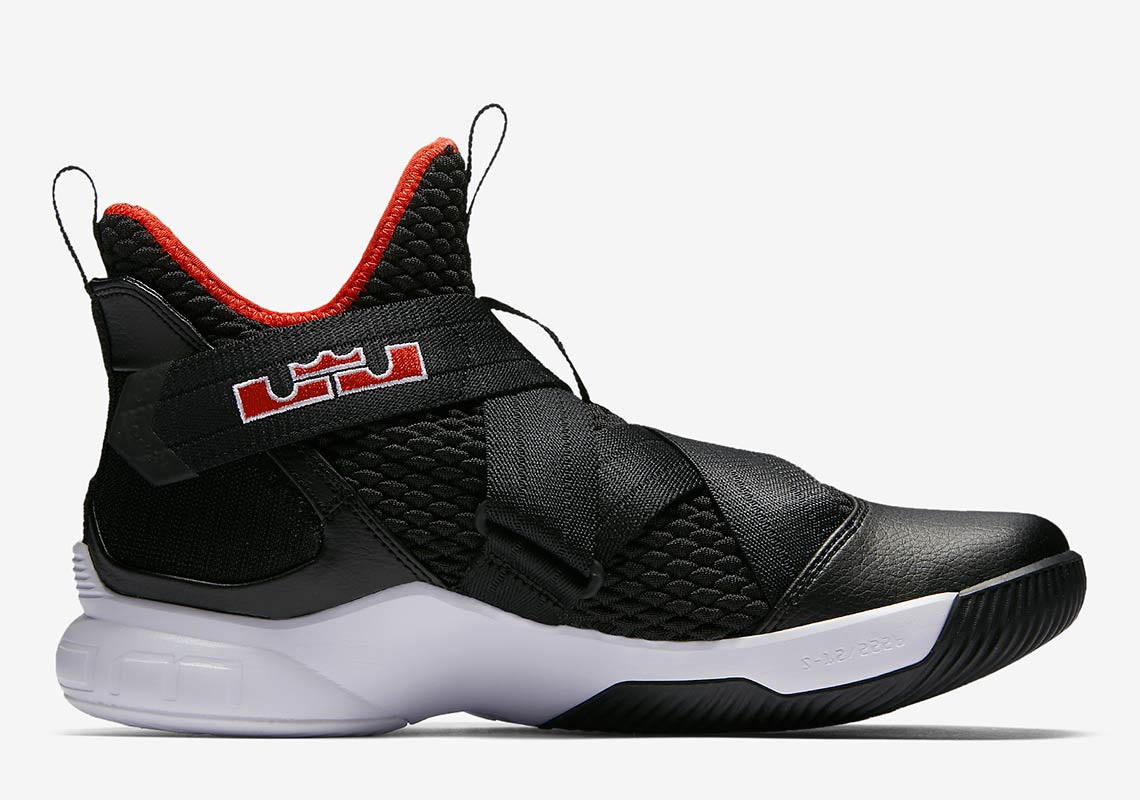 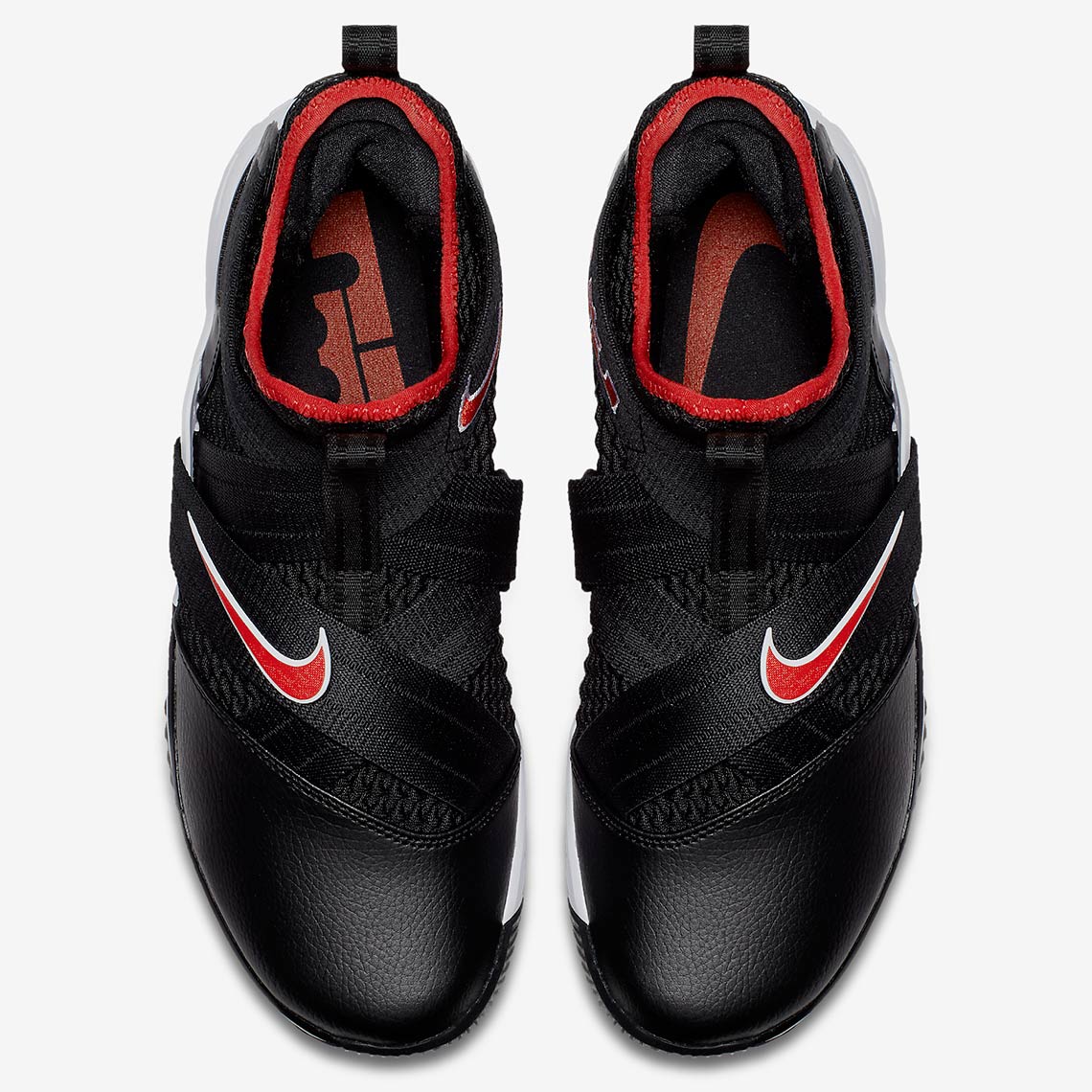 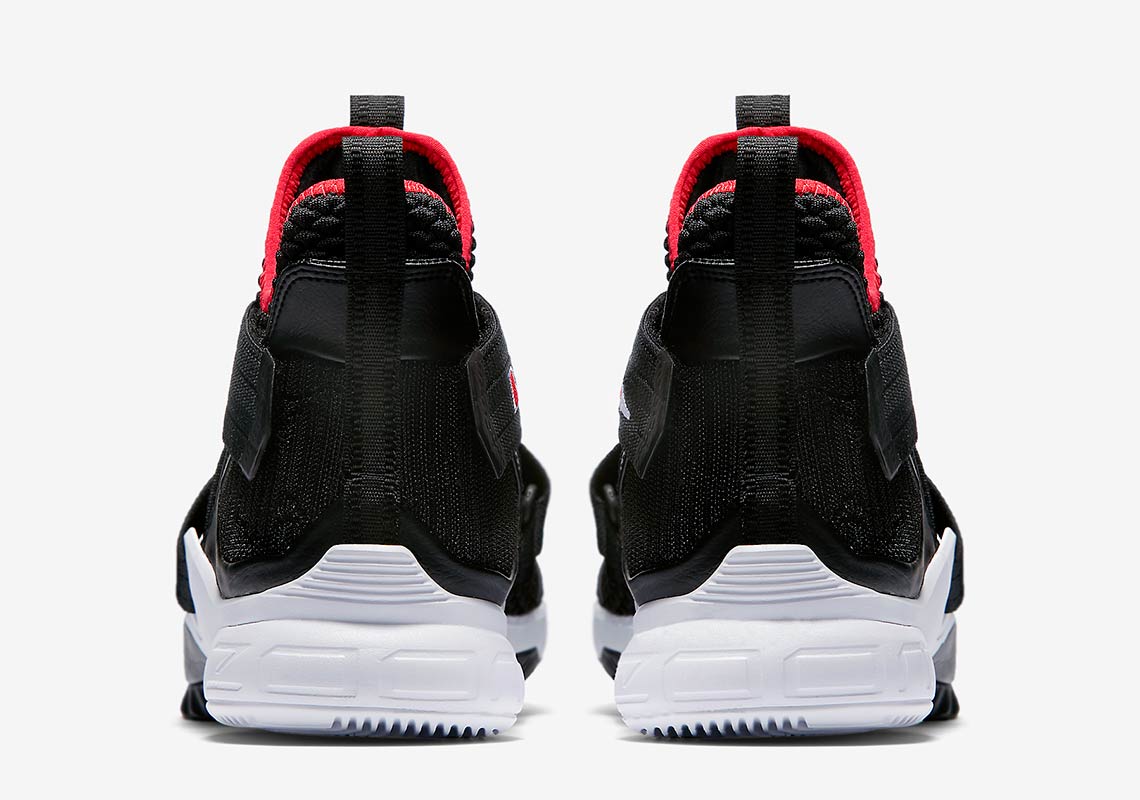 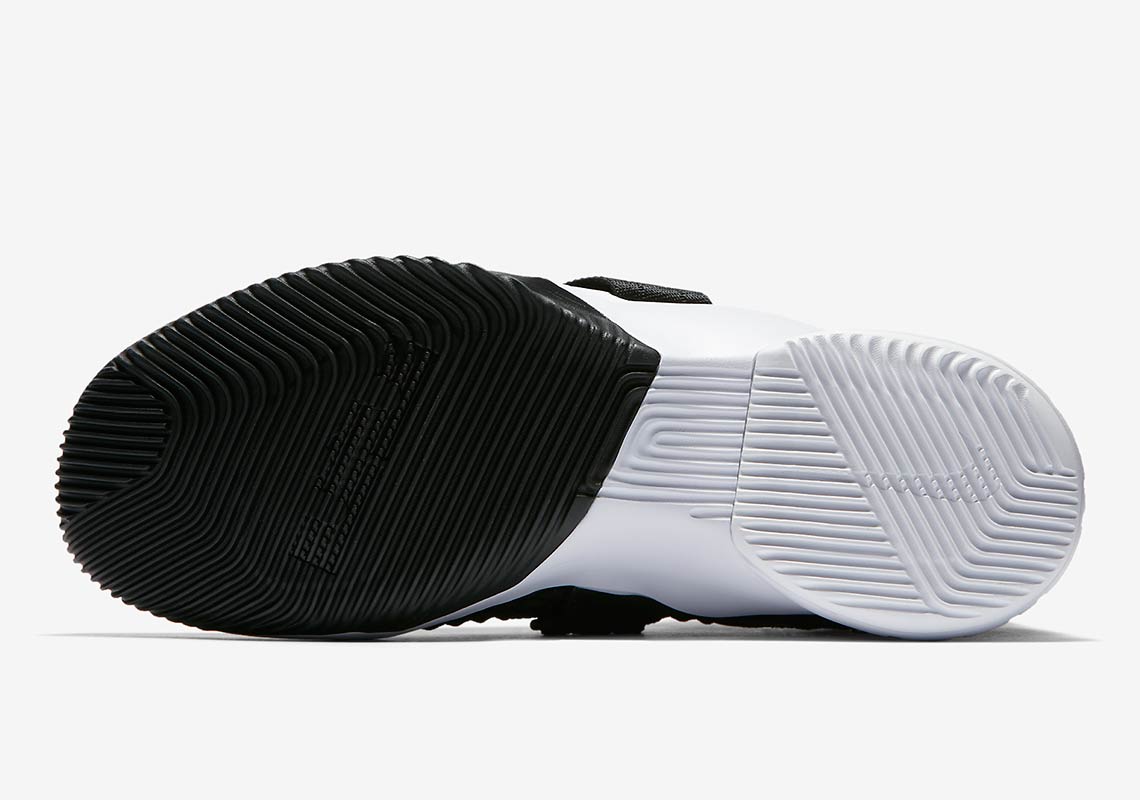