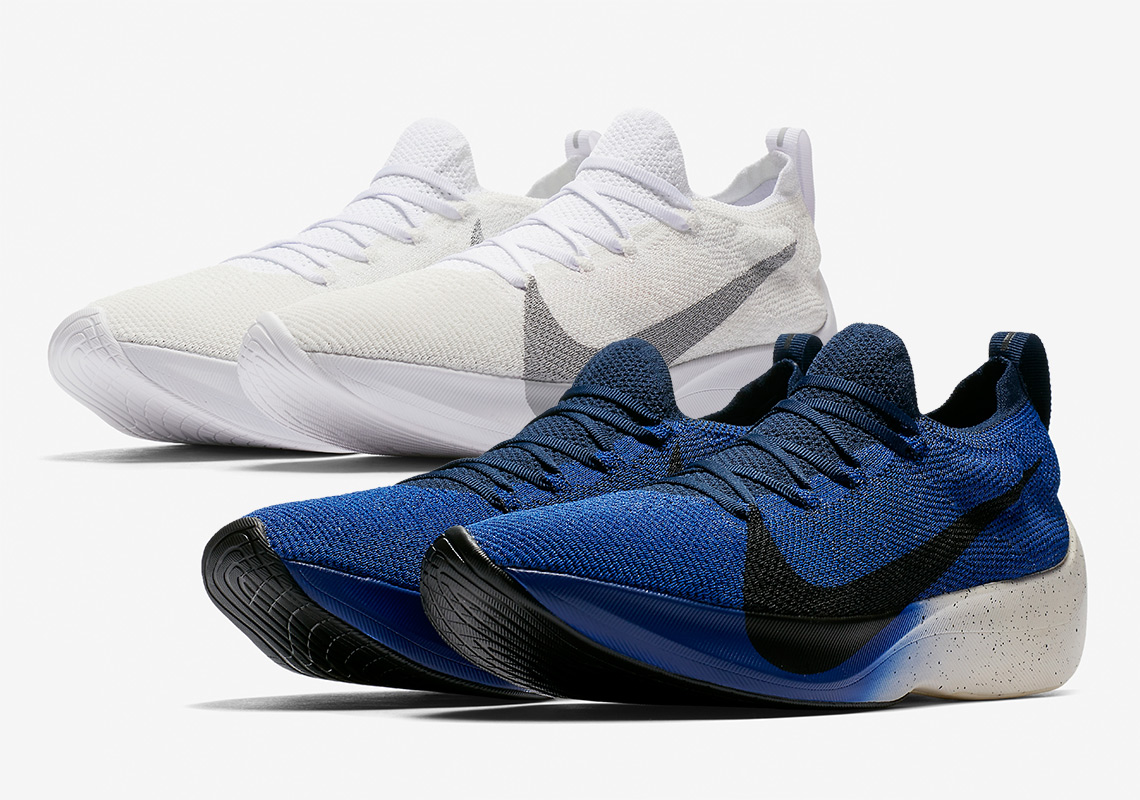 Nike’s revolutionary new Vapor Street Flyknit, a shoe that packages race day technology into a street-ready silhouette is set to arrive in two new colorways: a light tonal white and a dark royal blue. The white colorway features a sail Flyknit upper with a white tongue, collar and heel tab with the large, midsole-overlapping Swoosh that the Vapor Street Flyknit has become known for arriving in a light grey. A white midsole/outsole complete the shoe’s clean, straightforward look. The “Royal” colorway of the shoe features a royal blue Flyknit upper with a navy tongue and heel tab, a black swoosh, and a two-tone midsole that fades from royal blue on the front to a speckled sail on the back. There’s no official release info for either of these new Vapor Street Flyknit colorways yet, but look for them to drop on Nike.com for $175 USD soon, and for more info on new Nike tech check out their incredible Vaporfly Elite Flyprint. 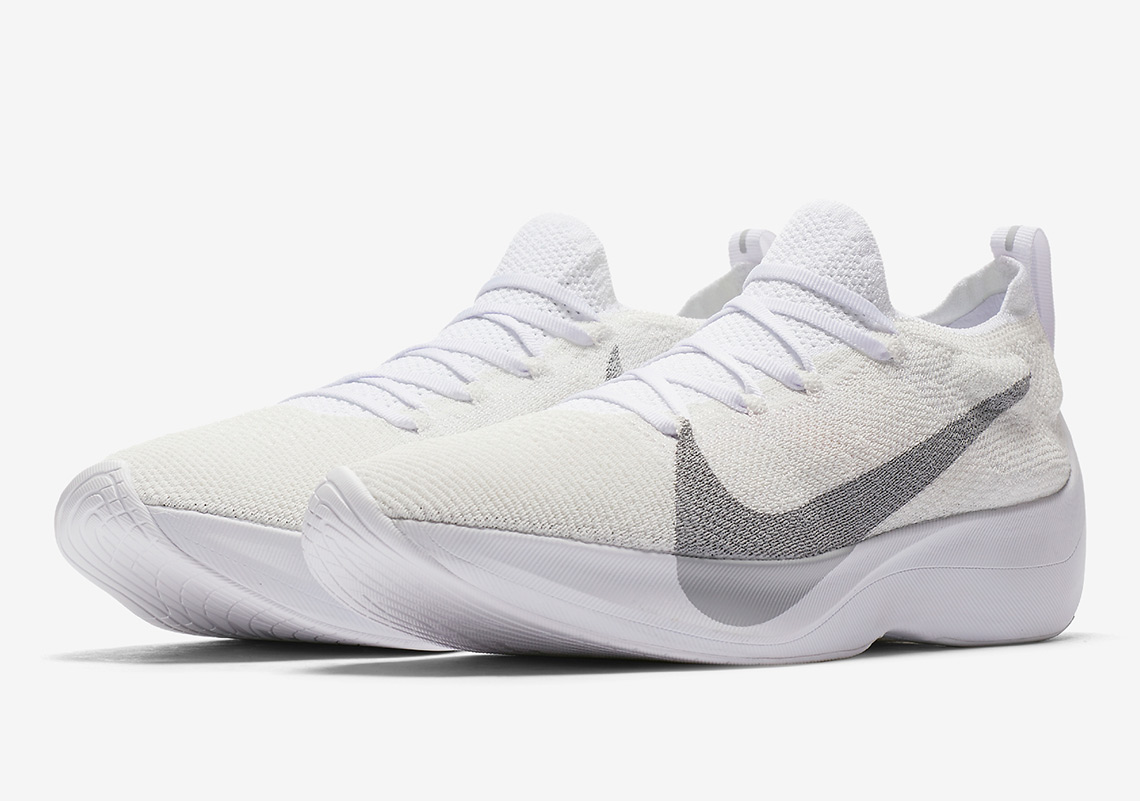 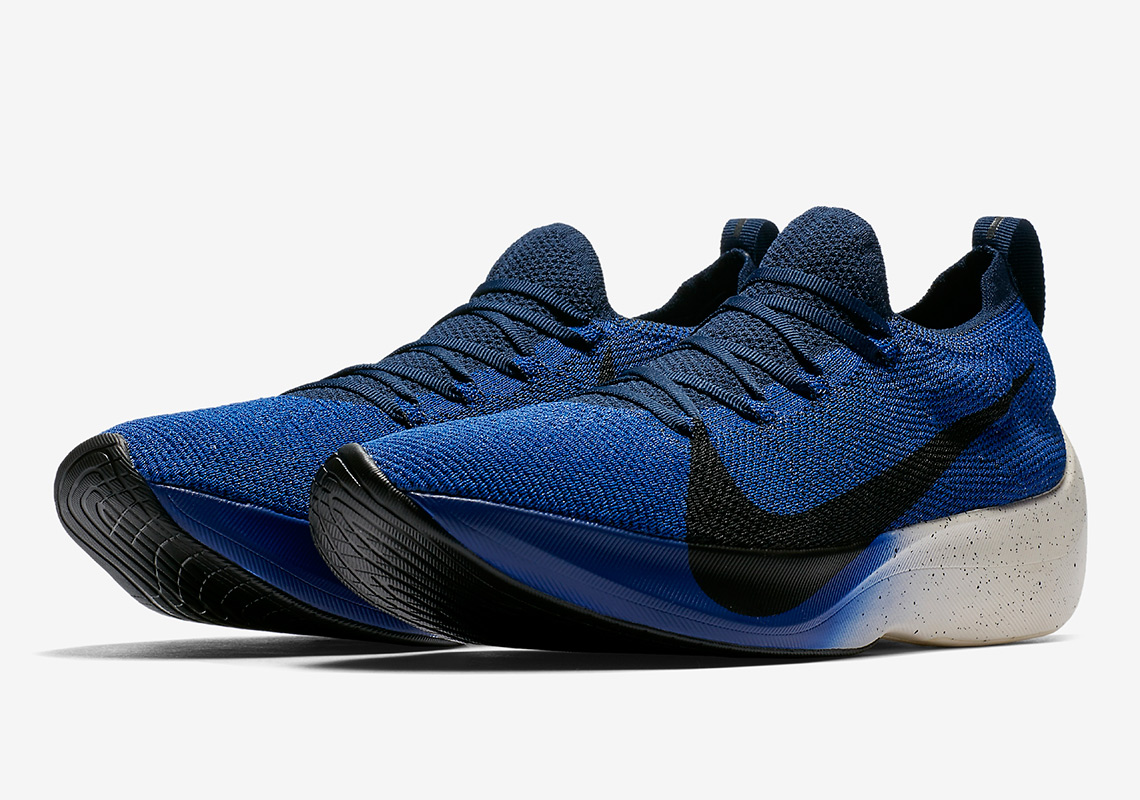 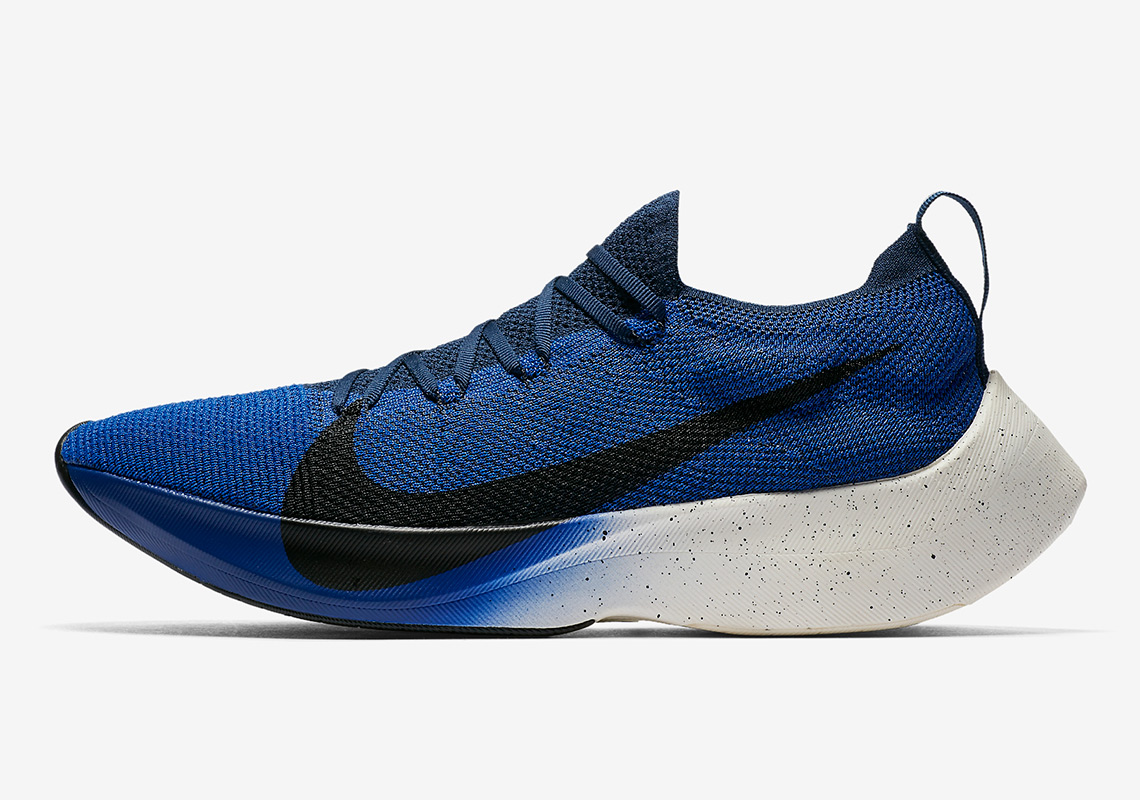 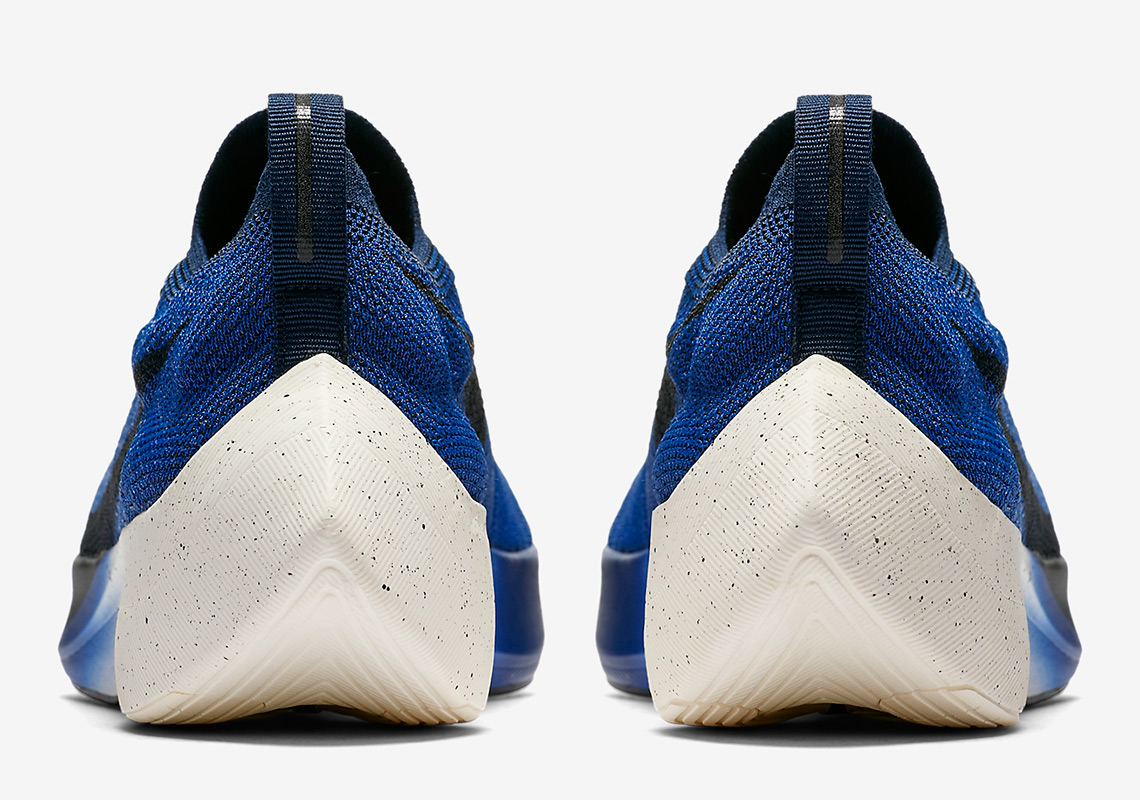 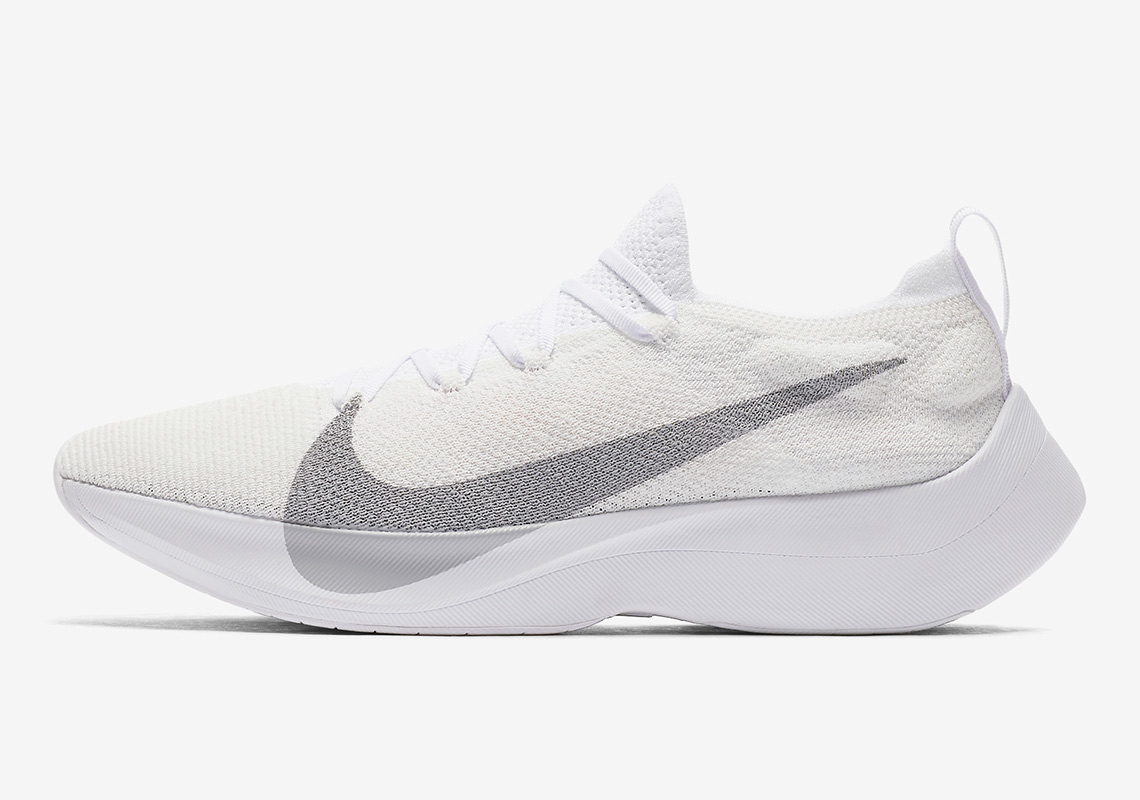 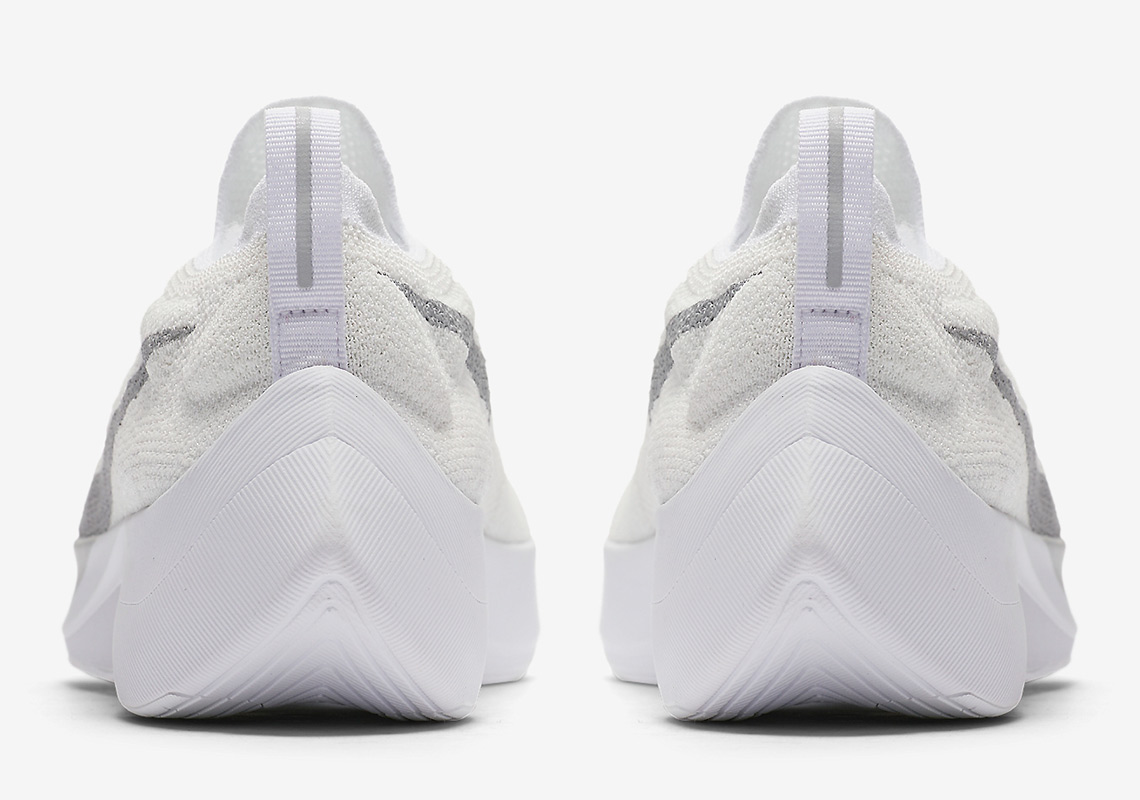