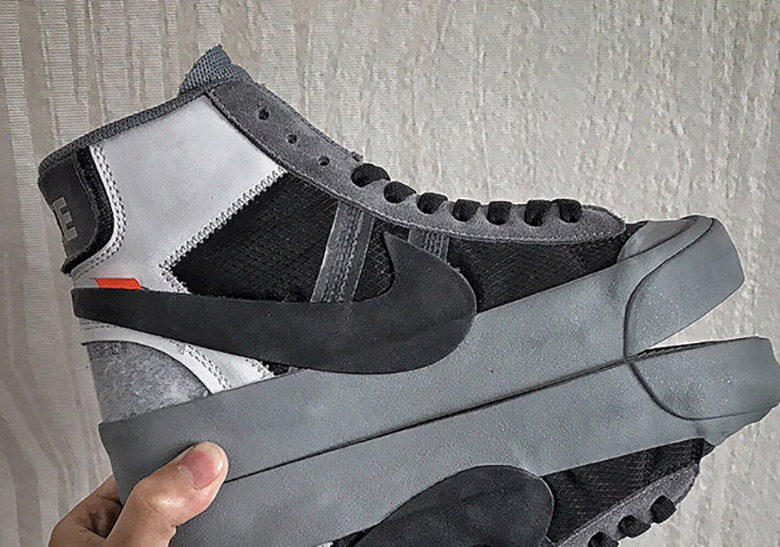 Earlier this week, we brought you a first look at an OFF WHITE x Nike Blazer dressed primarily in yellow with cream and grey accents. Now, another version of that same silhouette with Virgil Abloh’s creative imprint has been revealed with multiple shades of grey as well as black. Silver adorns the panelling underneath the ankle collar and on the medial side while black gets ushered in on the laces, midfoot Swoosh and heel. Elements from Abloh’s entire stable of Nike projects are present as well, the likes of a deconstructed tongue with exposed stitching and an orange tab that comes attached to the partially connected midfoot Swoosh. At the moment, no release information has been reported, but stay tuned to Sneaker News for updates as we have them. 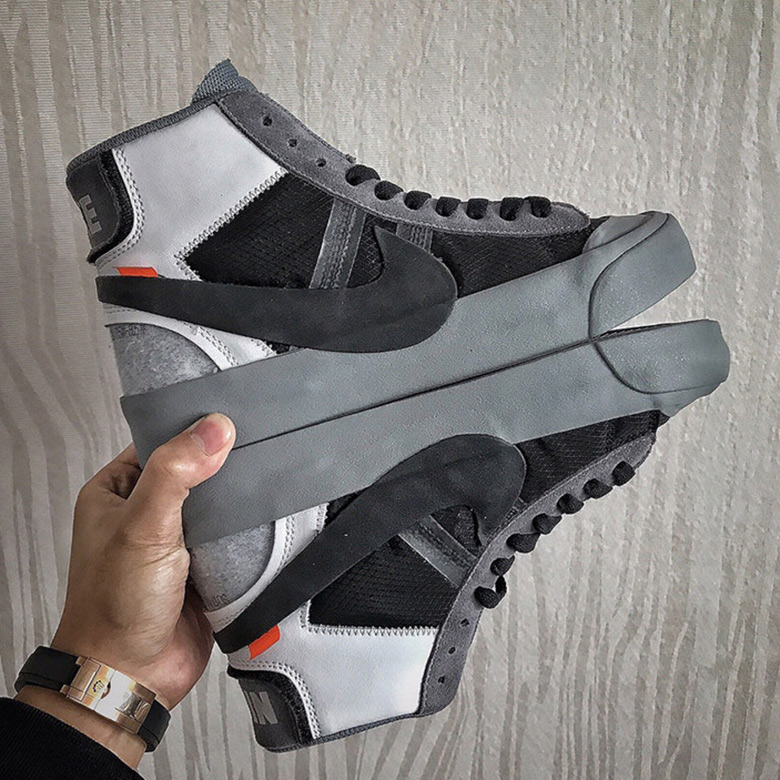 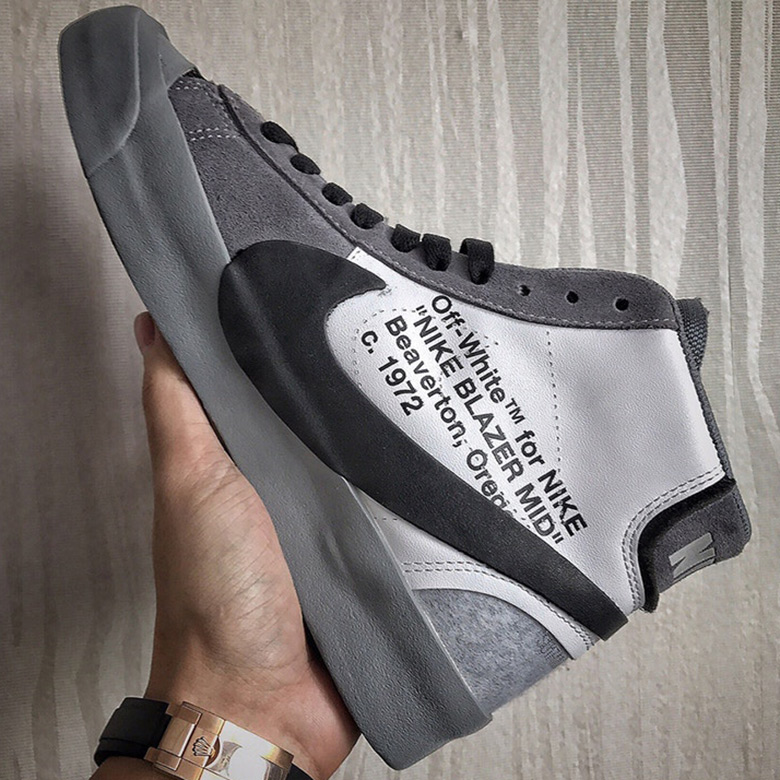