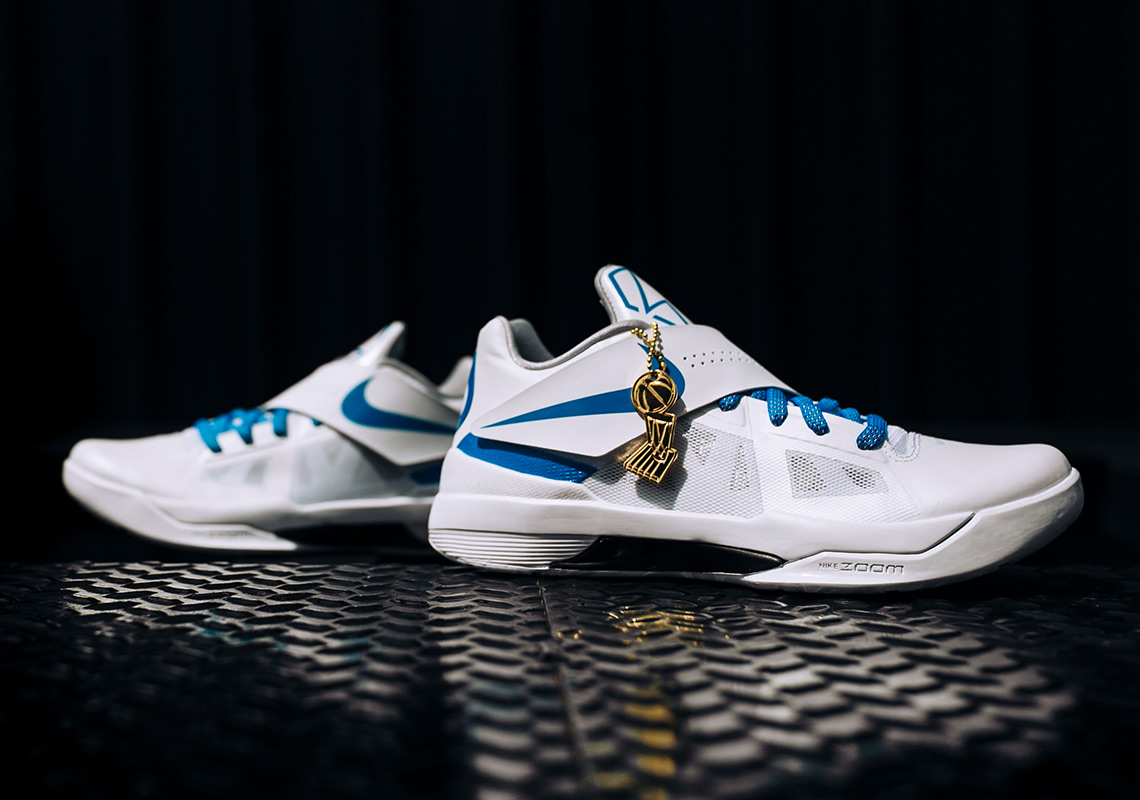 Somewhere out there in an alternate basketball universe, Kevin Durant, Russell Westbrook, and James Harden are still on the same team and winning championships left and right. It’s clearly the biggest “what if” scenario of this generation, but each of these three elite players have gone on to carve successful paths on their own and are now competing against one another for the same prize. Back in 2012, this short-lived trio ran through the Western Conference for a Finals showdown against South Beach. It was Kevin Durant’s first-ever trip to the NBA Finals, and in that series he laced up a crisp and clean white/blue colorway of the Zoom KD IV. Nike is indeed releasing this colorway as the first-ever retro of the KD 4 as part of the larger Art Of A Champion collection, so expect these to hit Nike.com and select retailers like Rock City Kicks on June 7th for $140. If you’d prefer the new over the old, the Nike KD 11 is set to release in June as well. 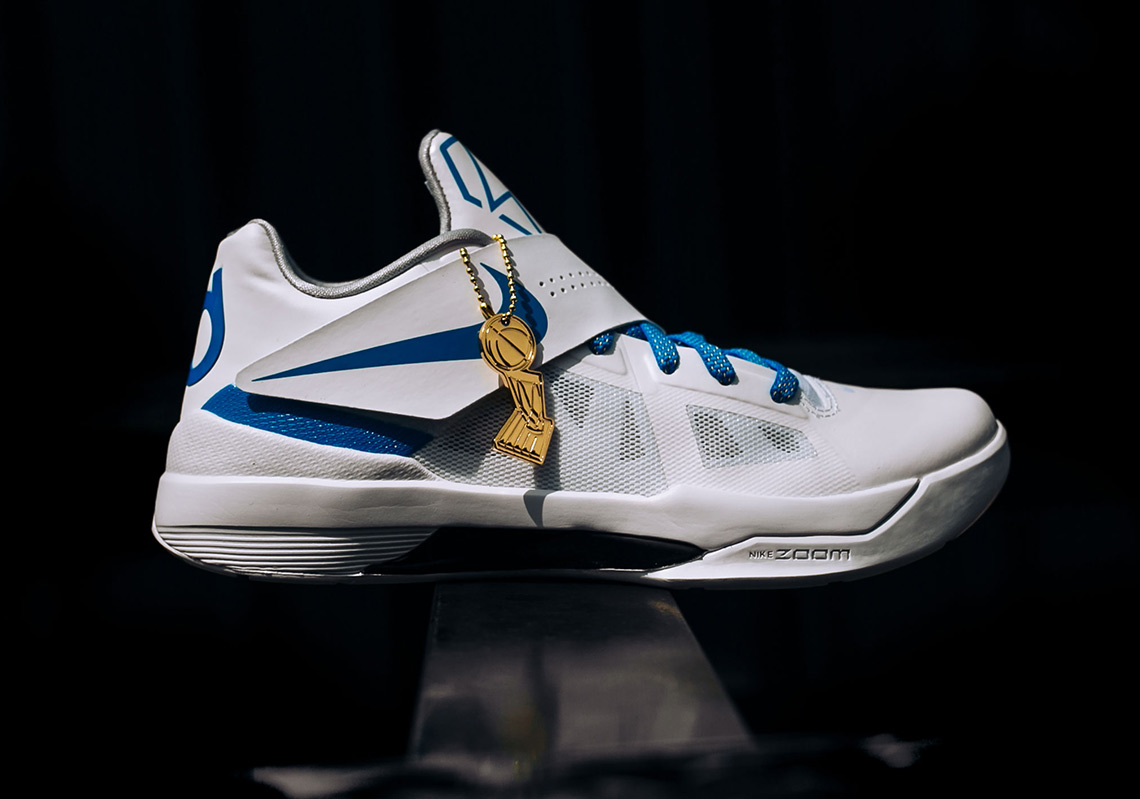 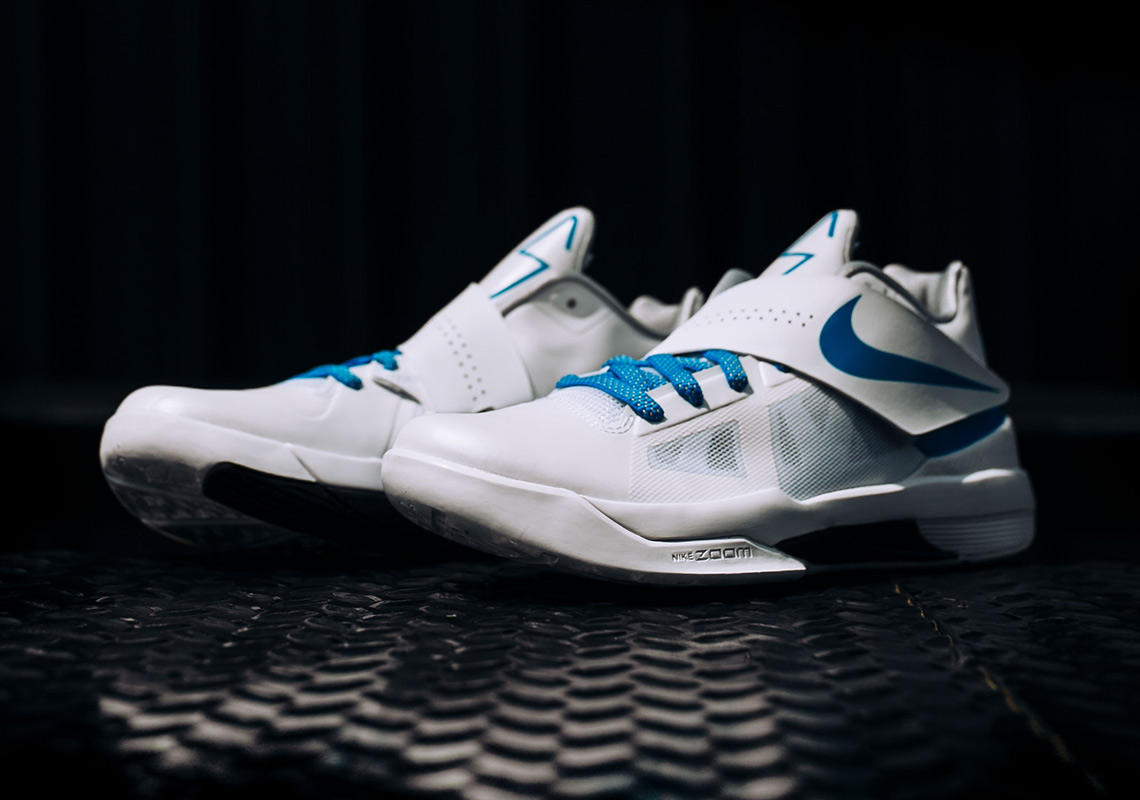 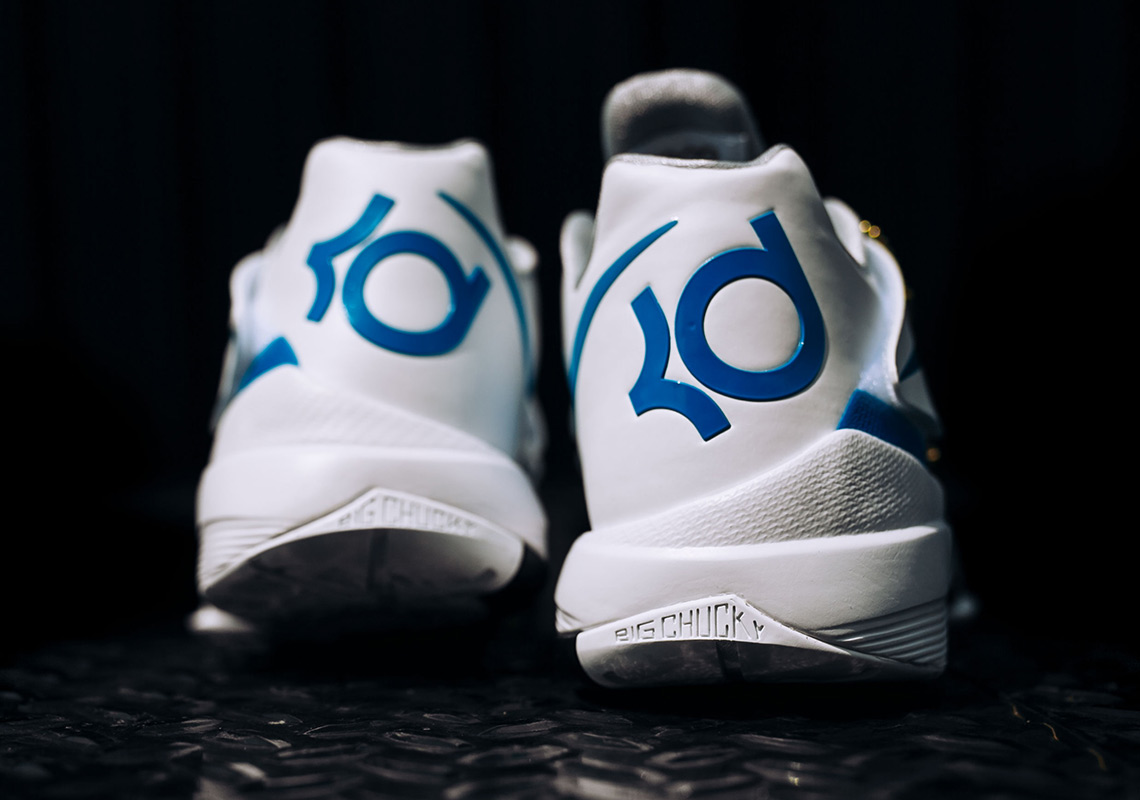 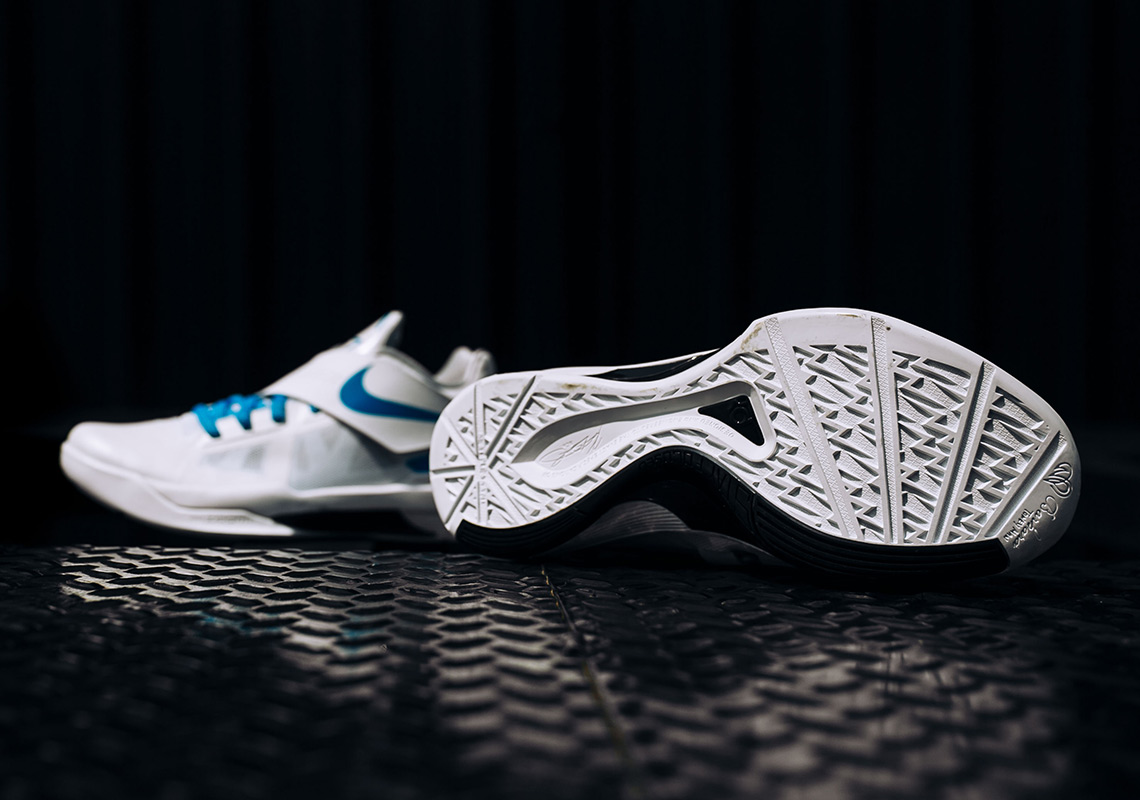 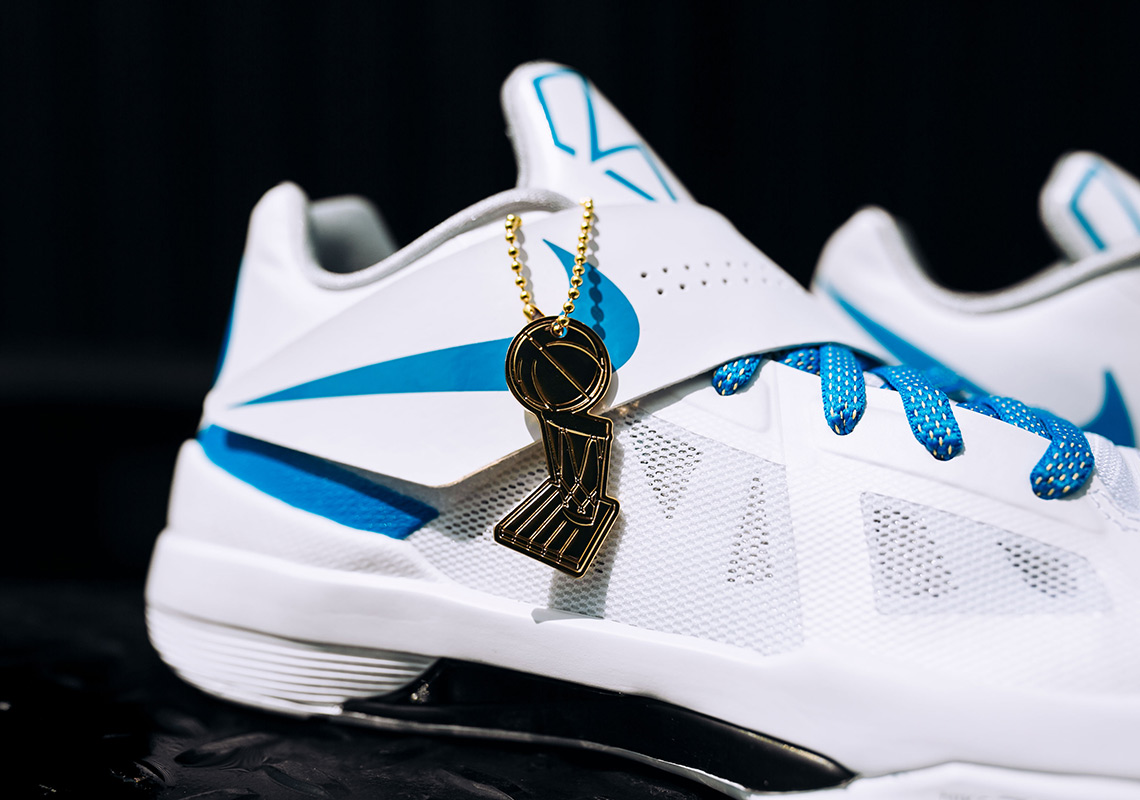 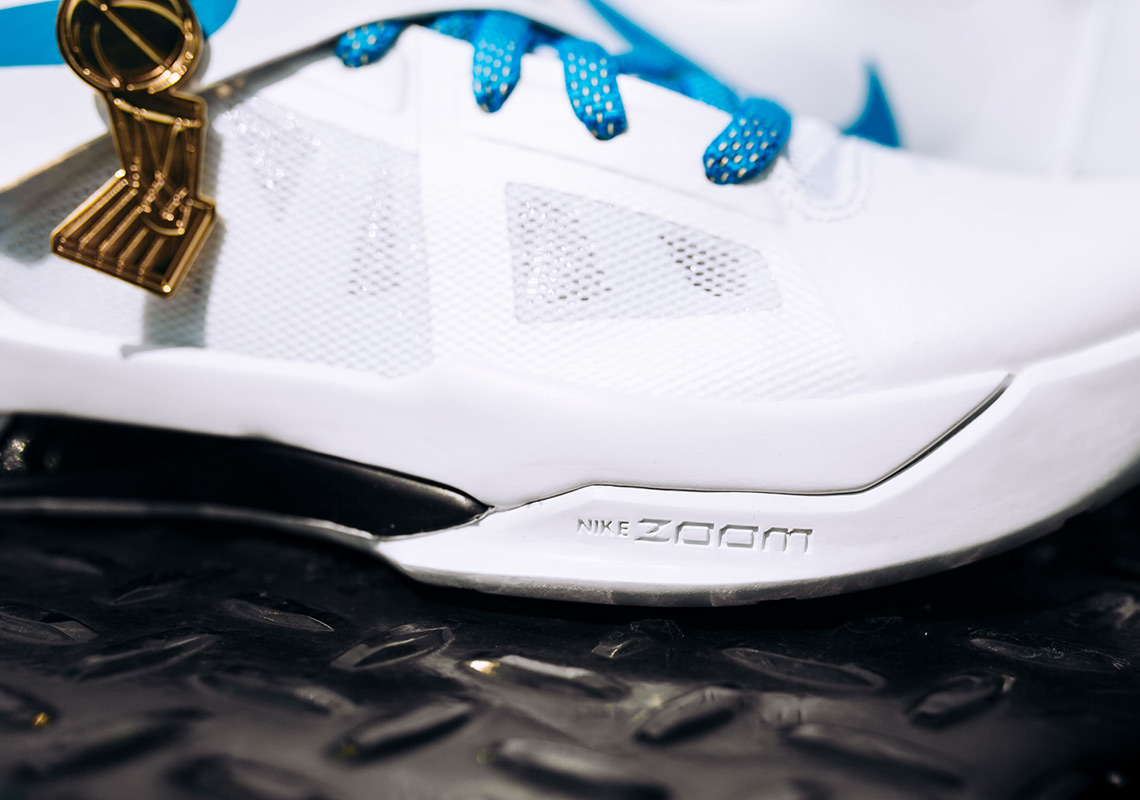 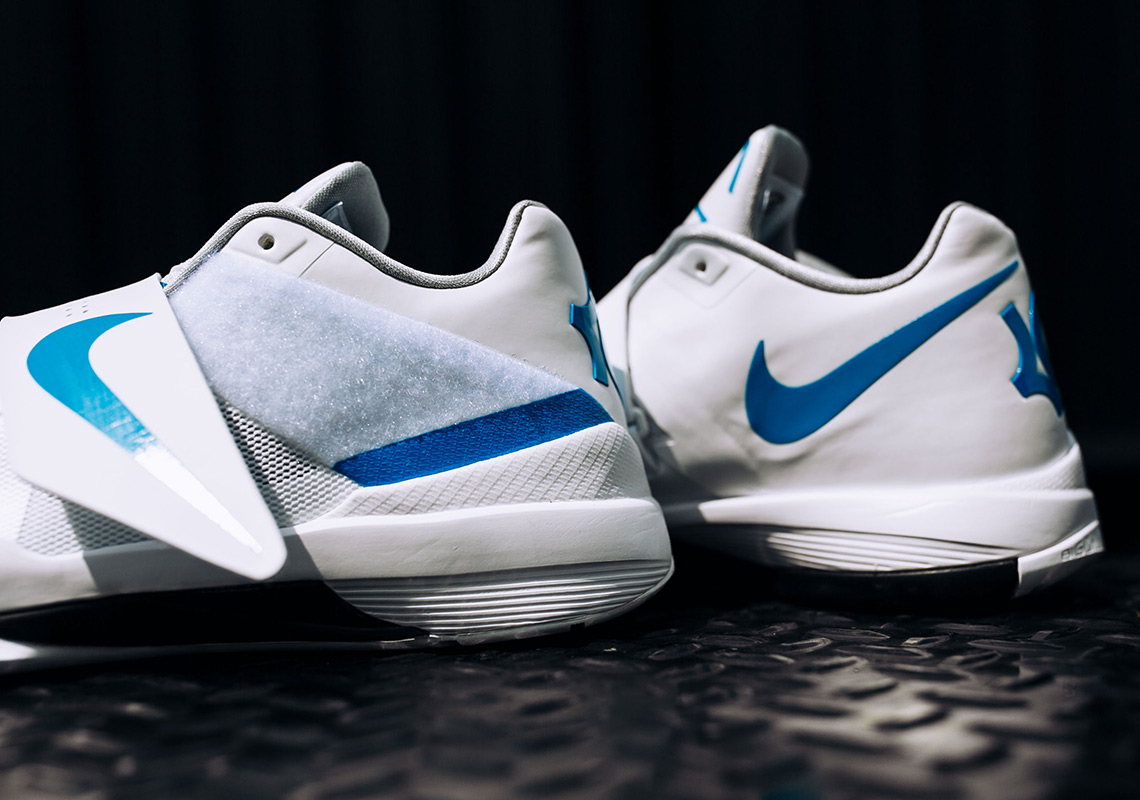 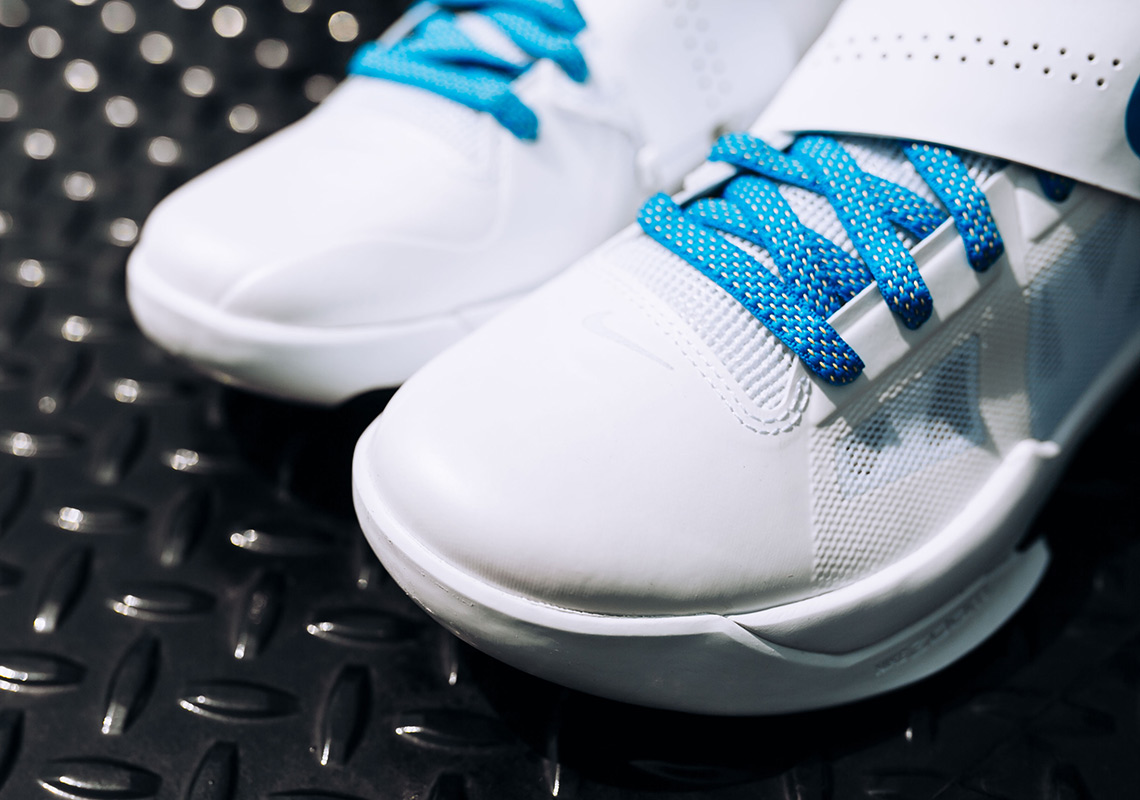