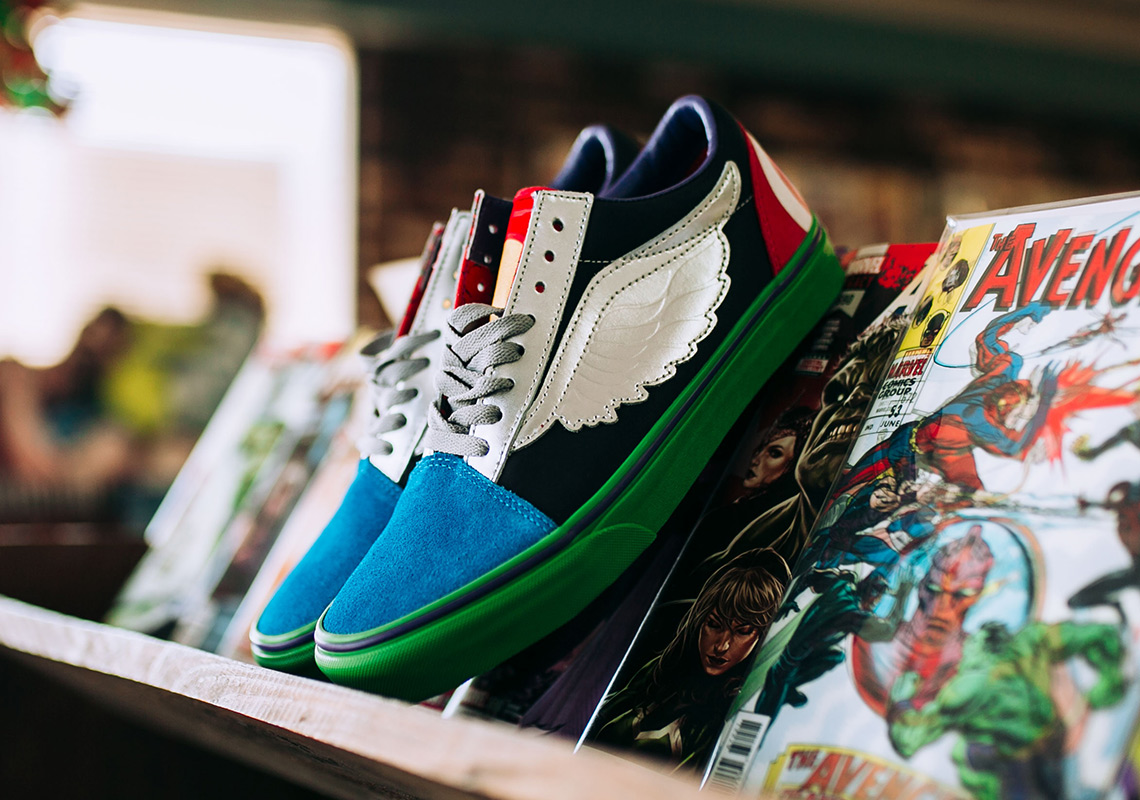 Vans Is Releasing A “What The” Avengers Shoe

In honor of the recently released Avengers: Infinity War movie that broke almost every box office record, Vans has teamed up with Marvel for a three-piece collection centered around Earth’s Mightiest Heroes. Die-hard comic book fans will have three options to choose from, with an Old Skool designed for the original four members of the Avengers – Hulk, Captain America, Iron Man, and Thor – while Black Panther and Spider Man get their own releases by way of a Sk8-Hi and Slip-On, respectively. While the pairs for Spidey and Black Panther feature more traditional designs, the Avengers Old Skool boasts a “What The”-styled aesthetic that combines elements from the four aforementioned OG Avenger’s members. Thor’s helmet wings replace Vans’ customary jazz stripe on the midfoot, Cap’s Vibranium shield makes up for the heel, a logo that resembles Iron Man’s chest plate can be seen on the tongue, and a green and purple sole unit represents the big green guy.

Check out a detailed set of imagery below, and pick up a pair from select Vans retailers officially on June 8th, with the Old Skool costing $70 USD, the Sk8-Hi $75, and the Slip-On $65.

Update: The full collection can be seen here. 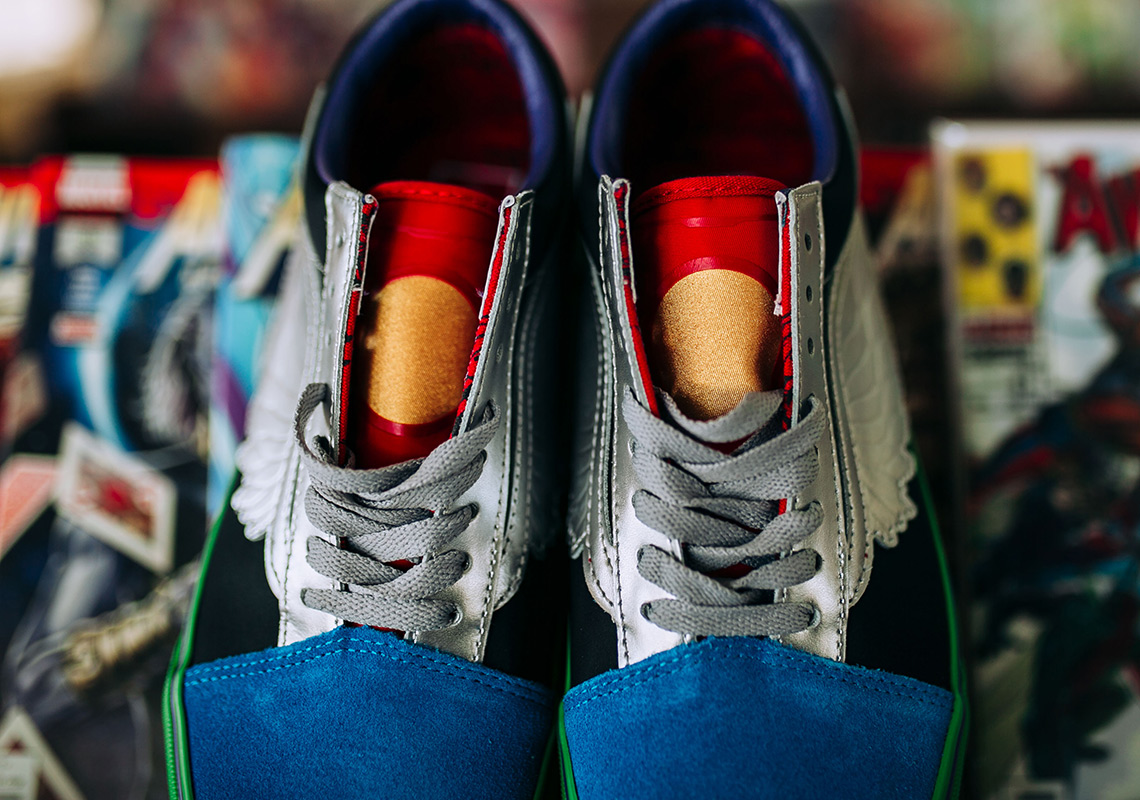 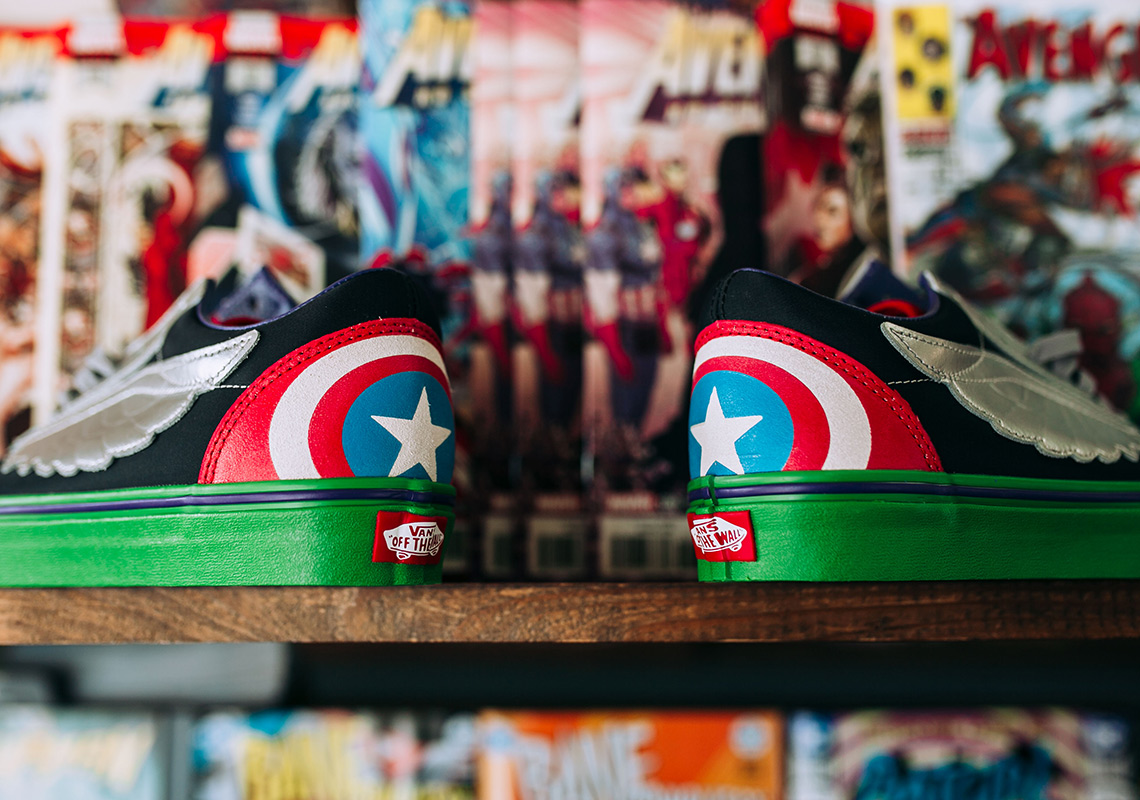 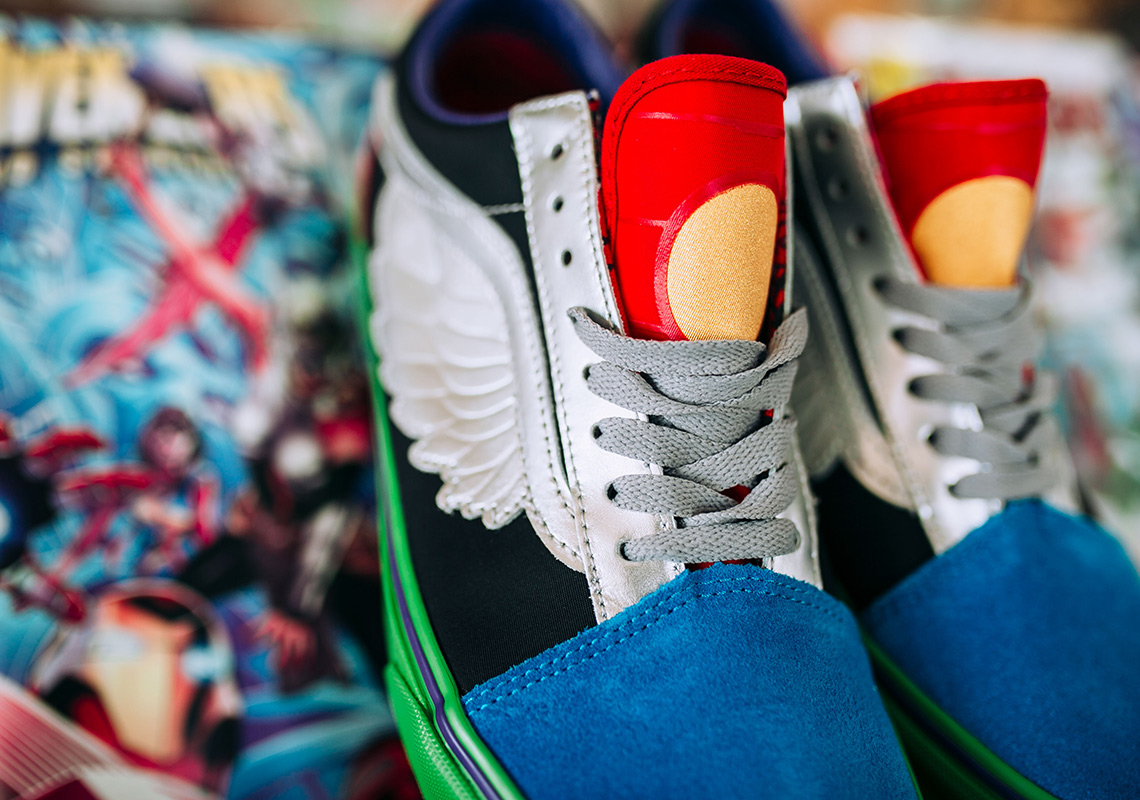 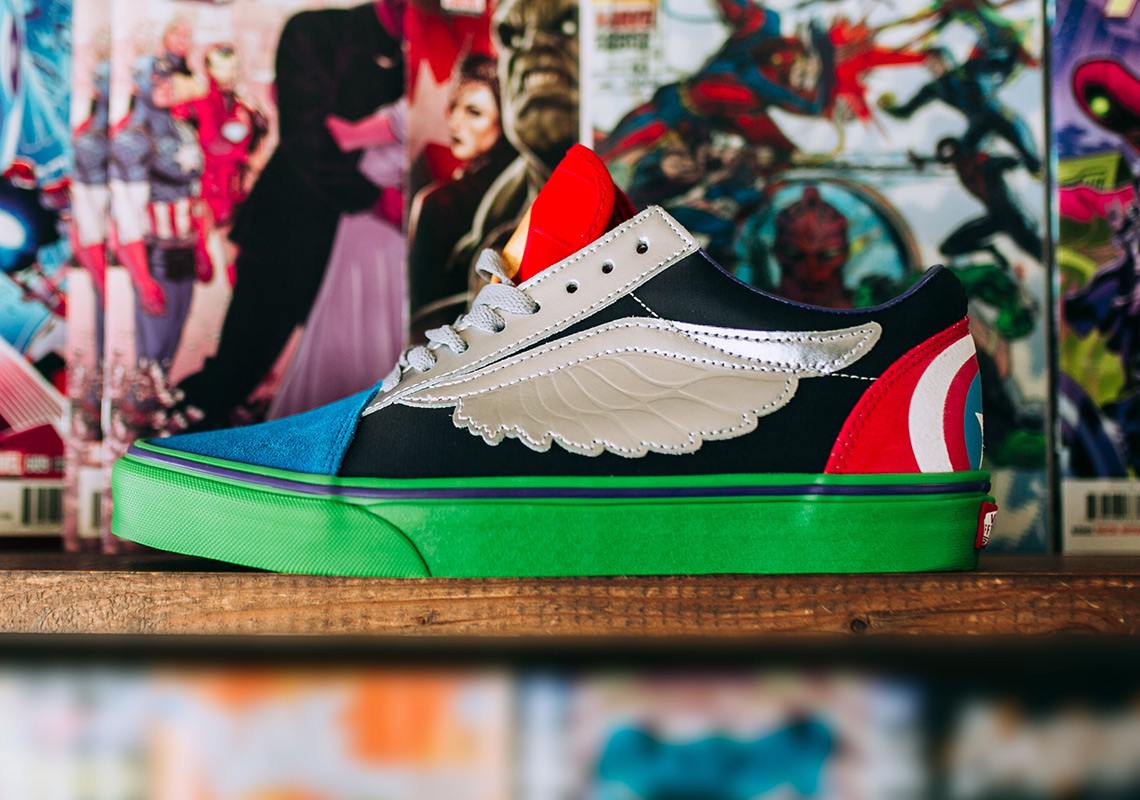 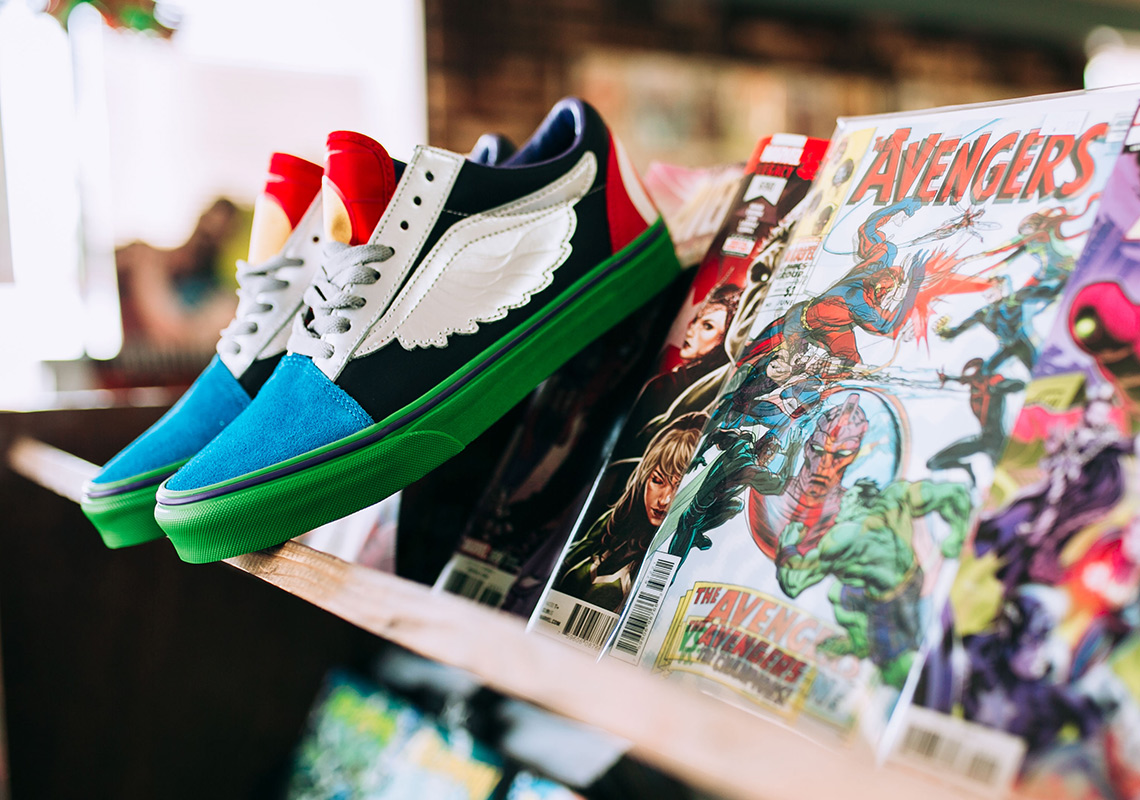 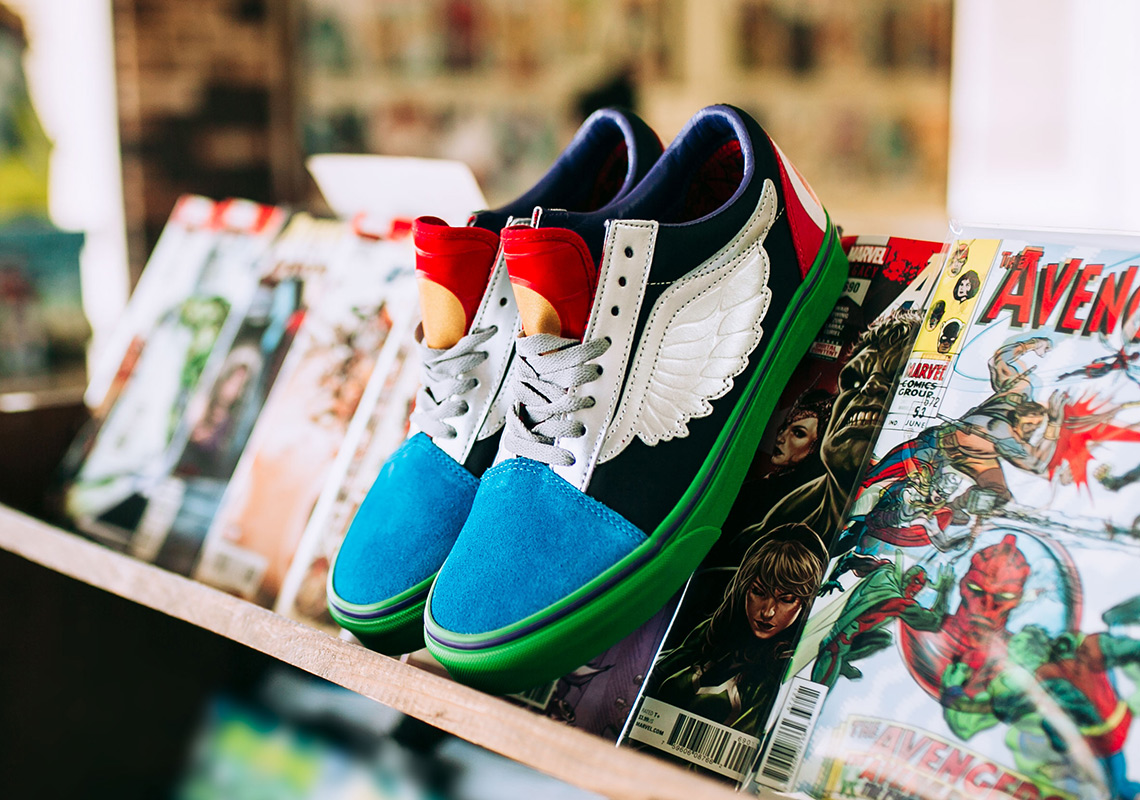 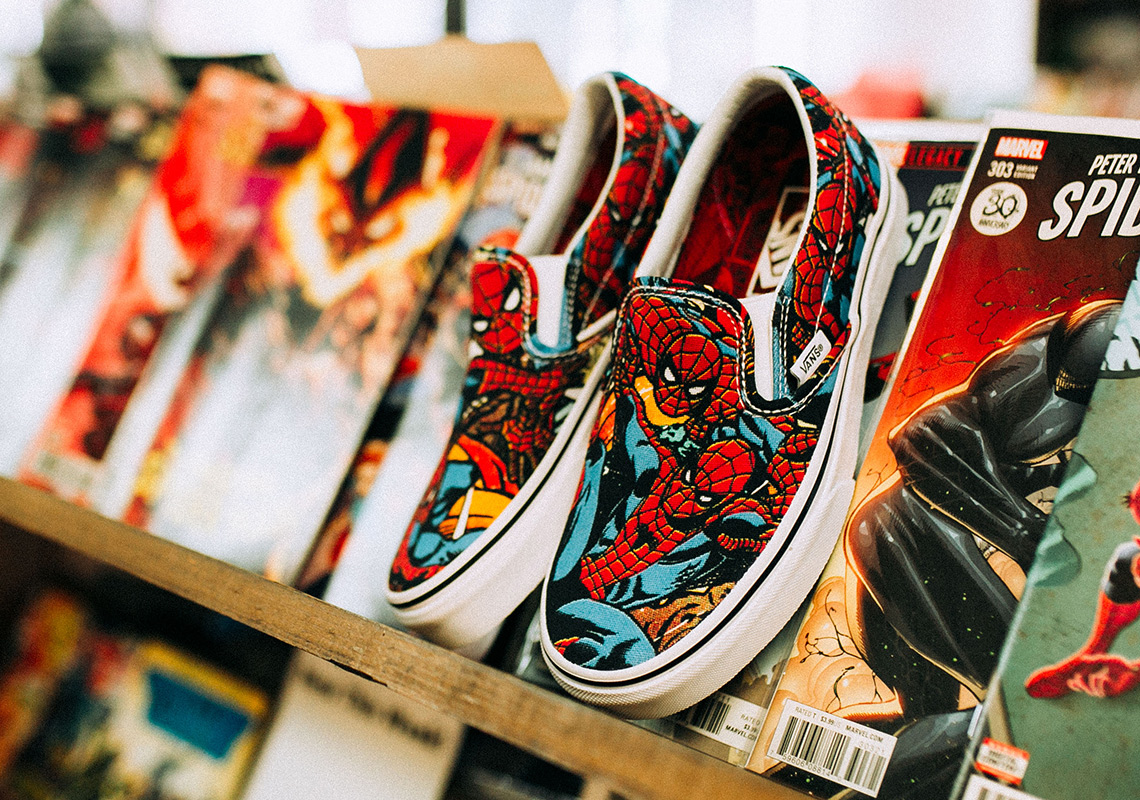 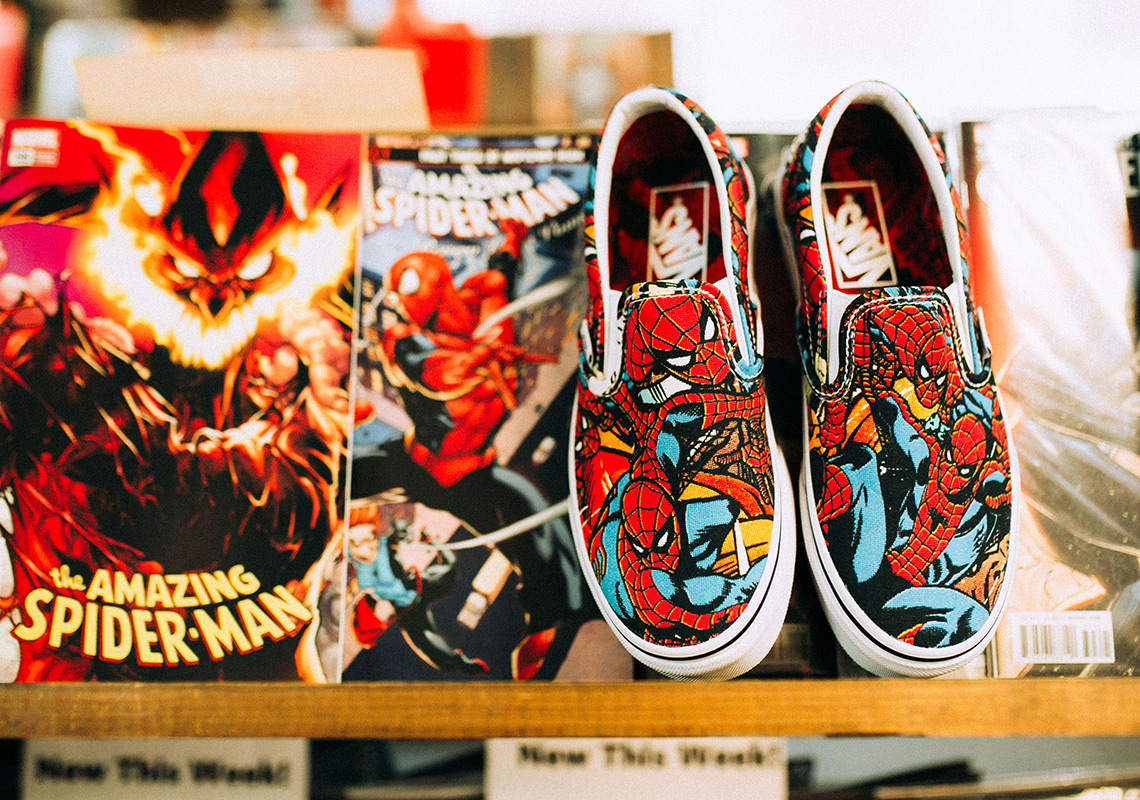 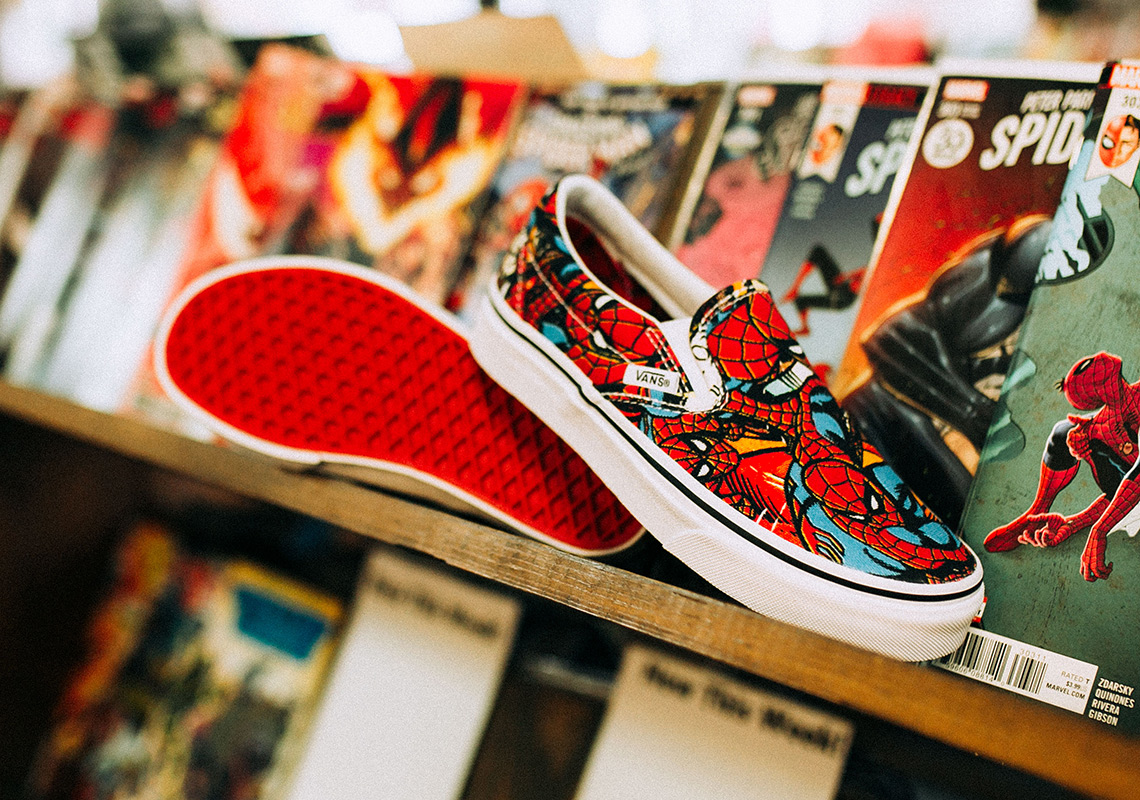 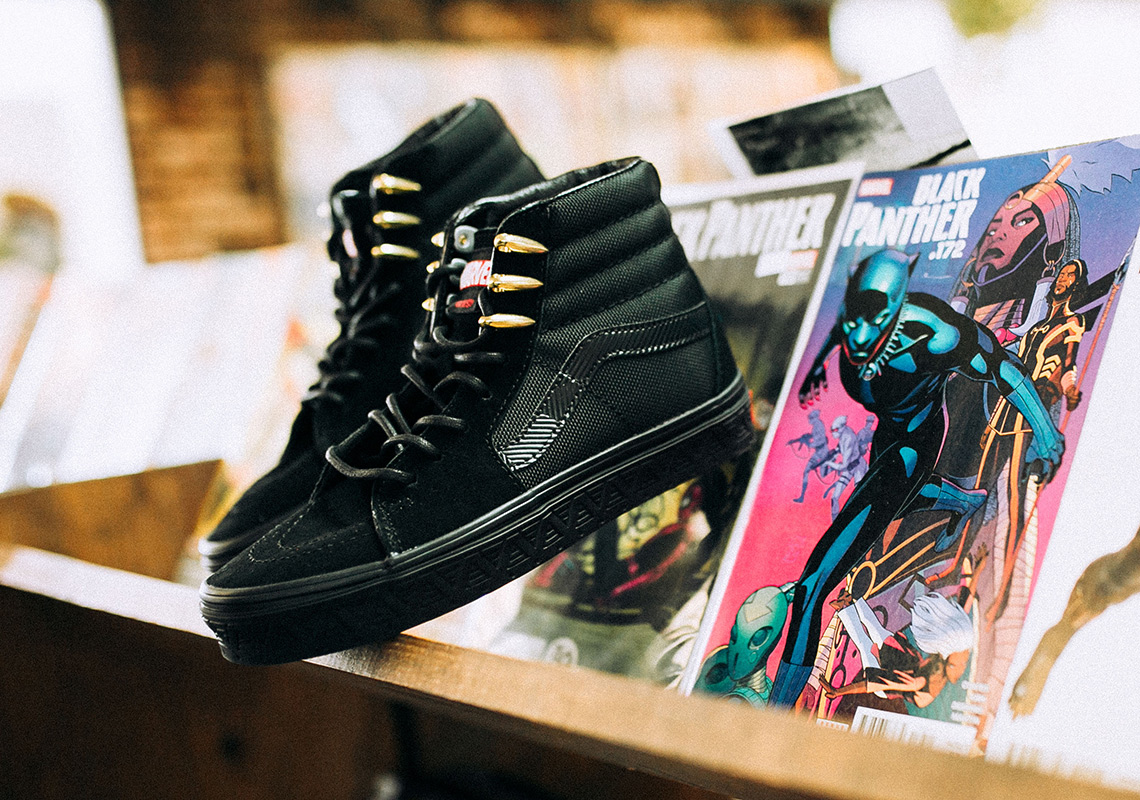 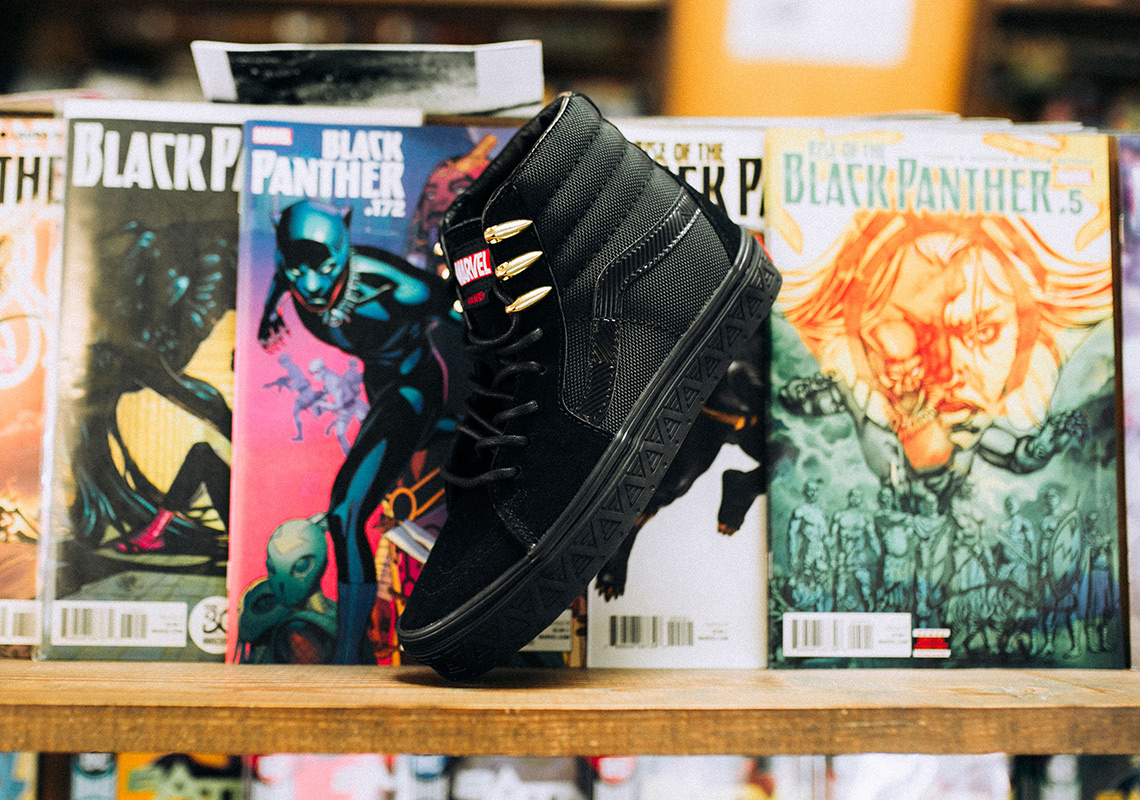 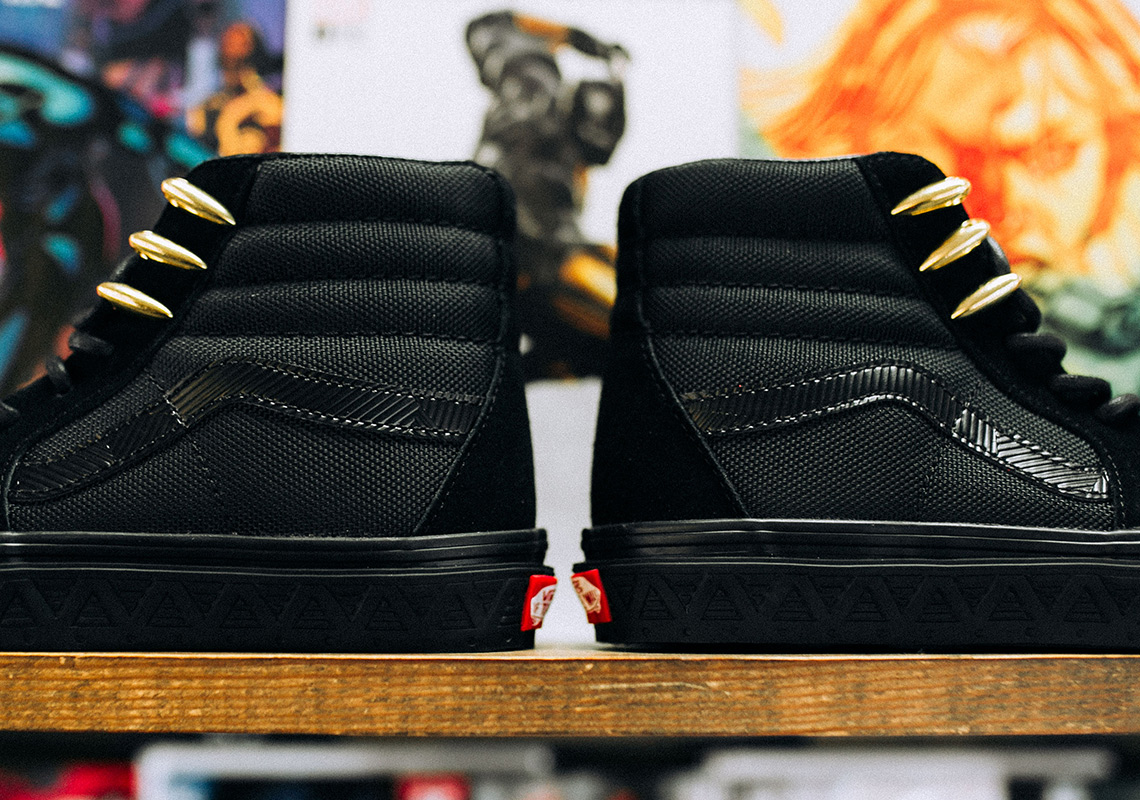 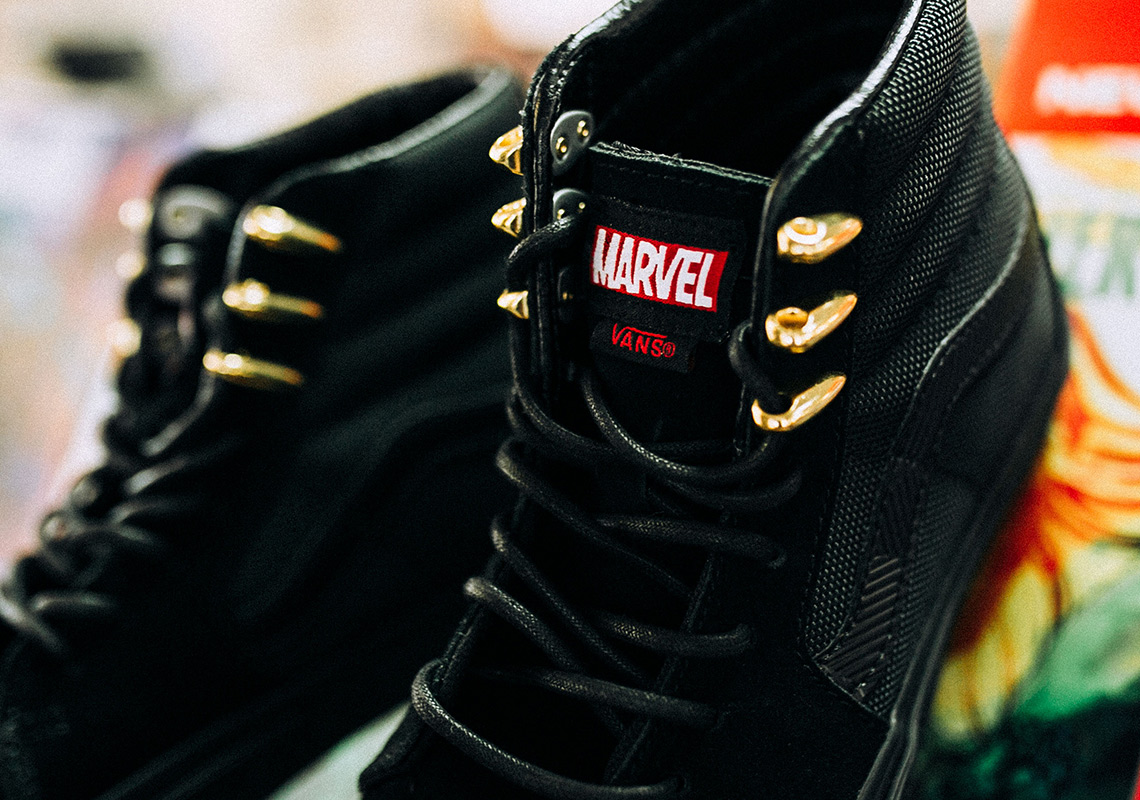