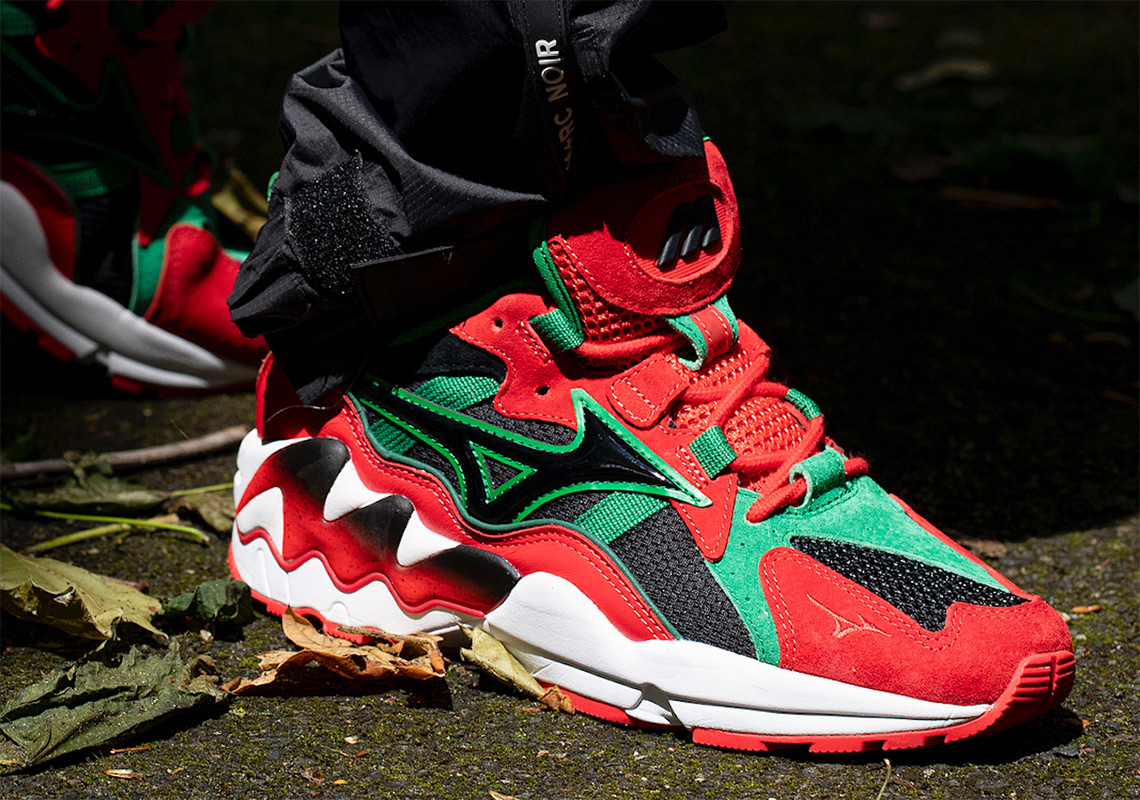 After bursting back onto the scene at the tail end of this March the Mizuno Wave Rider 1 is returning to market again, this time to celebrate the 3rd anniversary of French boutique Club 75. Created in collaboration with Michael Dupouy of La MJC and ALL GONE fame, the head-turning sneaker is inspired by Dupouy’s love of 90s art, specifically David Hammons’ red/green take on the American flag.

The shoe’s upper features a black mesh base with multiple red and green overlays, constructed of both soft suede and premium leather. A bold black patent Mizuno strike bordered by green arrives on the midfoot, while both co-branded La MJC hits and vintage Mizuno branding appear on the tongue and heel of both shoes. The Wave Runner’s abstract-style midsole arrives in white with red and black speckled accents, while the plain red outsole is left intact. The shoe is completed with co-branded leather insoles and heel tabs, plus three sets of laces: red, green, and black. These unique running shoes release exclusively at Club 75 Saturday, June 23rd, and if any pairs remain, they’ll be available on the Club 75 webstore Sunday, June 24th at 7PM French time.