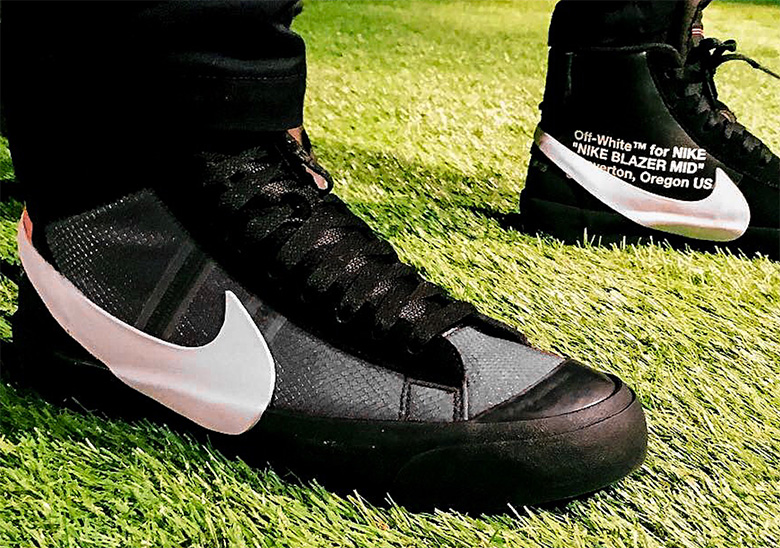 Paris Fashion Week turned into a significant outing for Virgil Abloh and his Off-White brand once again, as a number of new collaborative Nike sneakers were seen in person for the first time. Among these debuts was this black Off-White x Nike Blazer that we now have a first official look of. In recent months, both a grey and a yellow pair have surfaced on the internet, but the presence of this black version at Abloh’s SS19 show all but confirms its ensuing release. Much like the two Air Max 97s that we showed you earlier this morning, this pair sports an identical construction to the original Off-White project which has since gone on to become one of the favorites of the heralded “The Ten” collection.

While no red zip-tie hangtag can be seen in these pictures, it is a safe bet that Virgil won’t be changing up the formula drastically for this drop, and that customary detail will almost certainly be included.  As of now, the last known release date for this pair is September 15th, but all these dates are subject to change and are merely just placeholders. Stay tuned for updates on this Blazer as we have them as well as more Off-White news as its comes to fruition. 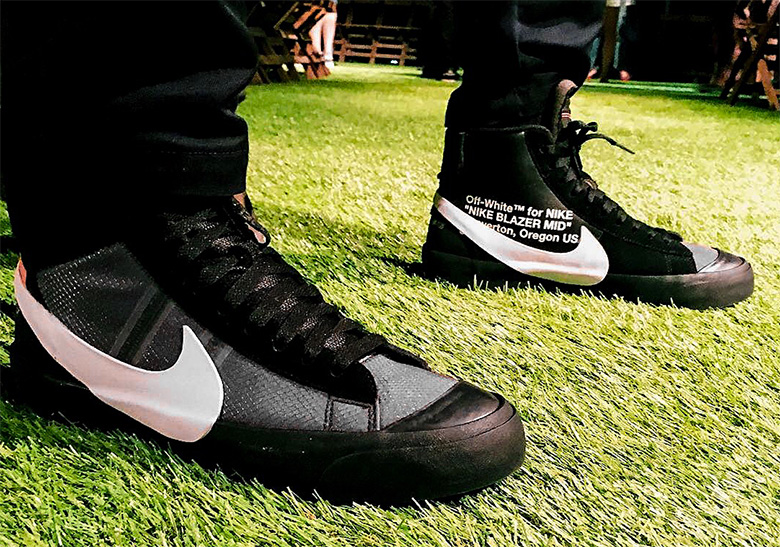