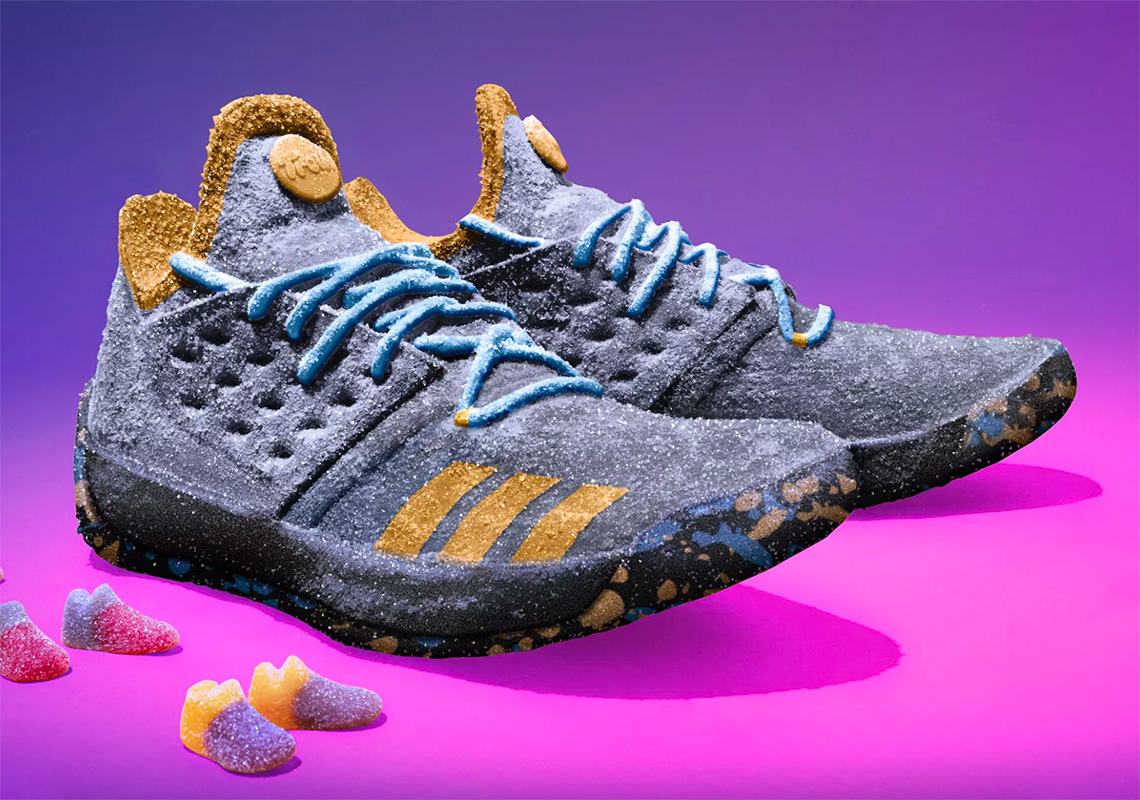 Freshly-minted NBA MVP James Harden is feeling the love. First, adidas released a preemptive three-pack of Harden shoes, all done up in special MVP colorways. Now candy company Trolli—one of the Beard’s other major sponsors—is nodding to the achievement as well with a life-size gummy candy take on the adidas Harden Vol. 2 “MVP.” Featuring the same colorway and detailing as the wearable variant of the sneaker, the candy iteration boasts a raspberry, lemon, strawberry, and blackberry flavor combination. Three pairs of the delectable sneakers will be available exclusively on eBay this Friday, June 29th with a price point of $2,677-Harden’s cumulative point total during his MVP campaign, making it the most expensive piece of candy that’s ever been sold. Let us know what you think of Harden’s sweet shoes below, and keep it locked to our Sneaker Release Dates page for all the release info and updates you need on further Harden kicks. 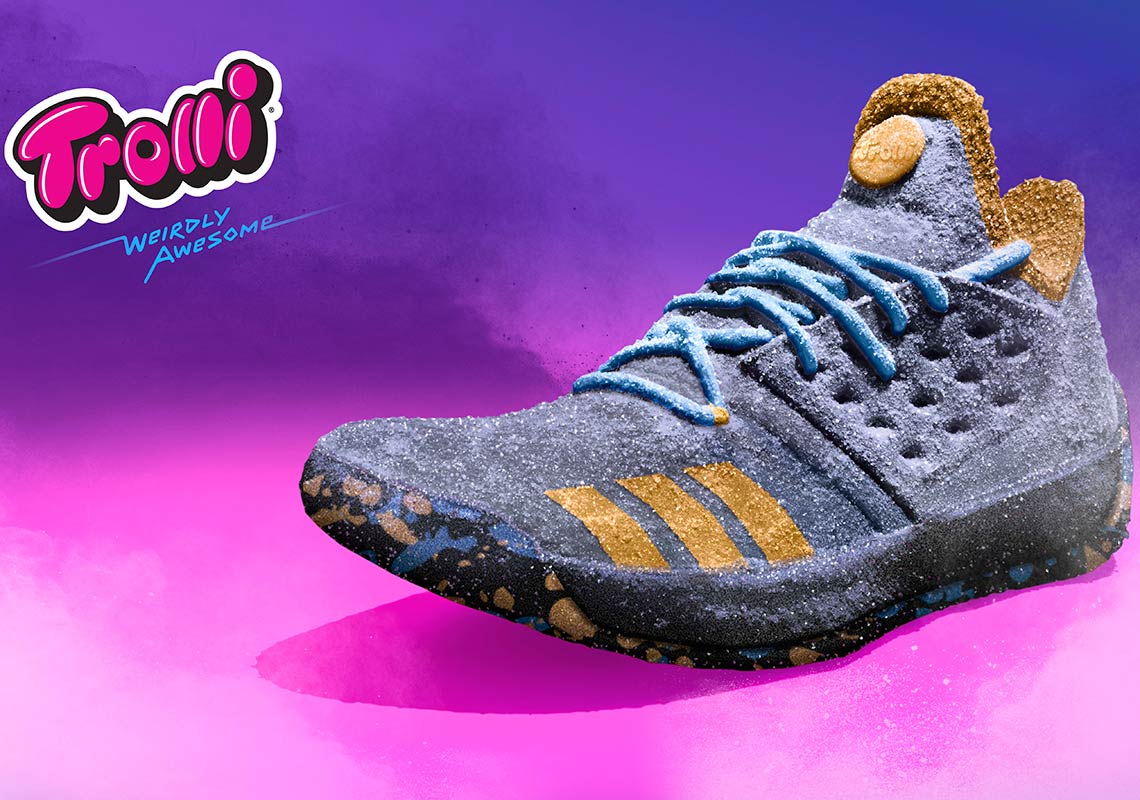