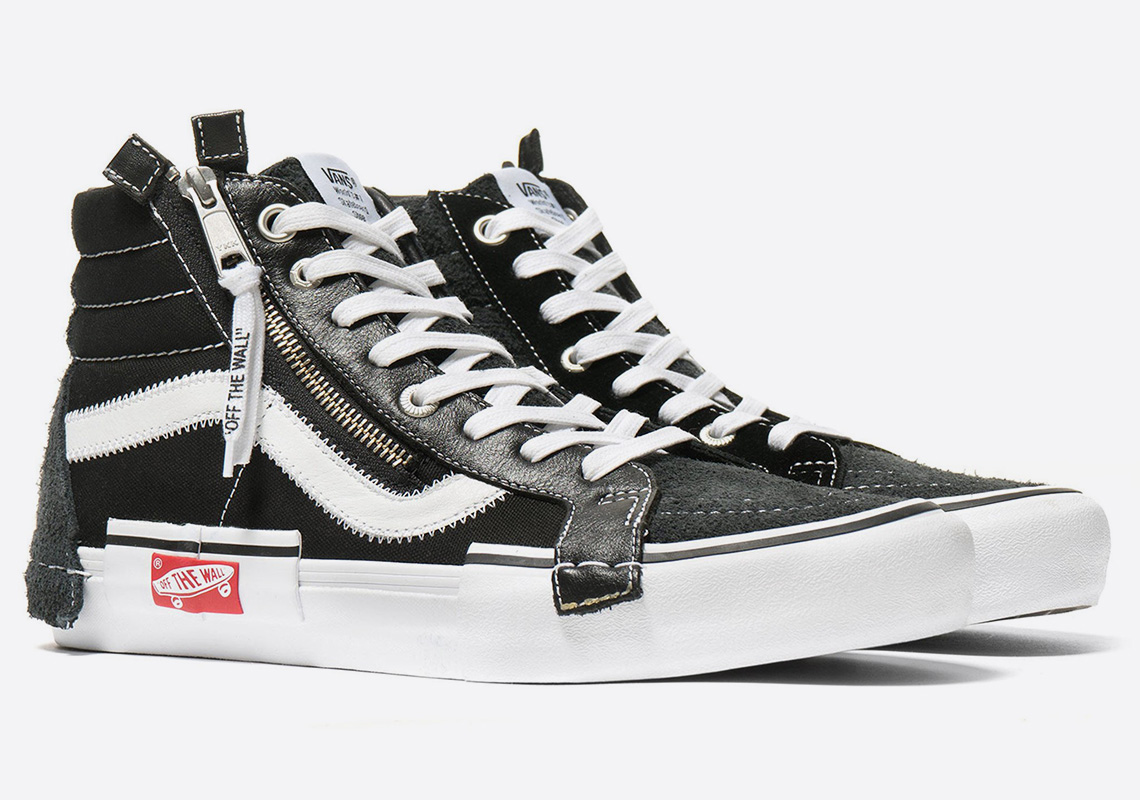 Were These Vans Designed By Virgil Abloh?

Virgil Abloh has established a solid seat in the pantheon of sneaker culture. His expansive “The Ten” collaboration with Nike shifted sneaker culture in 2017, with unique takes on Nike classics like the Jordan 1 and the Presto becoming some of the most highly desired shoes of the year. His first collection with Louis Vuitton featured chunky high and low top silhouettes seemingly inspired by the Avia 880 that had everyone talking. Now two deconstructed Vans—a Sk8 Hi and an Slip-On—have surfaced, featuring the same deconstructed aesthetic that “The Ten” became world-renowned for.

The Sk8-Hi receives a bold silver zipper with a white lace on the lateral side that features an “Off The Wall” text hit, surrounded by familiar-looking quotation marks. The shoe’s normal heel counter receives an extra-shaggy suede makeover and is dropped down from its normal position, landing halfway down the midsole, as does the upper’s leather eyelet strip. The standard red “Off The Wall” patch also receives a makeover, as it’s moved from the heel to the lateral side of the midsole.

The Slip-on features a cheeky lace system—strictly for aesthetic purposes—on its normally simple throat, while the exposed neoprene that keeps the shoe snug is covered by a patch of rough-hewn exposed white fabric on the medial side, another design charistic similar to Abloh’s Swoosh collaborations. The red rubber “Off The Wall” patch recieves the same midsole move as the Sk8-Hi, and the shoe is completed with a suede toebox and midfoot.

Thes sneaker designs provide an alternate take on the aesthetic Abloh originally popularized in 2017, and are also much more affordable than any collaborative Off-White releases, with the Sk8-His retailing at $113 and the Slip-ons sliding just under the century mark with a $98 price point. Enjoy a full set of images below, and if you love the deconstructed look, all four pairs of these Vans are available (Update: SOLD OUT) at Haven now. Also check eBay if you need a pair.

Updated June 29th, 2018: Virgil Abloh confirms that these Vans were not designed by him (via Sole Collector). 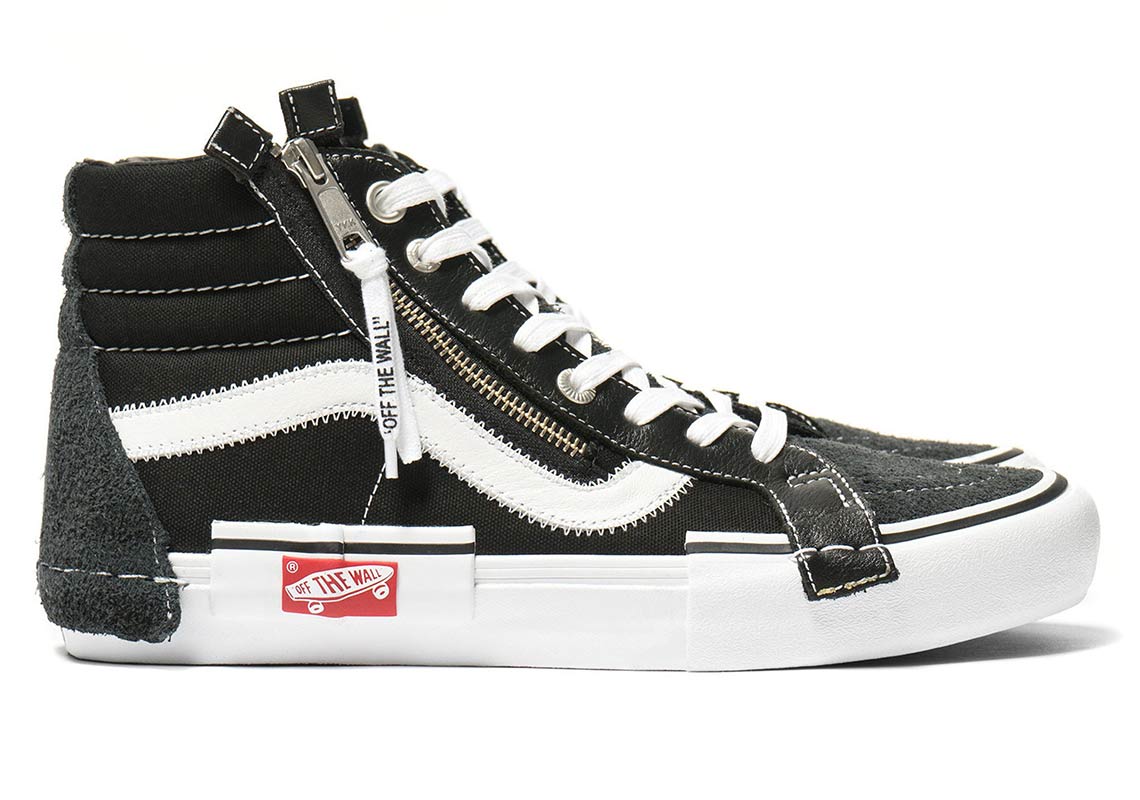 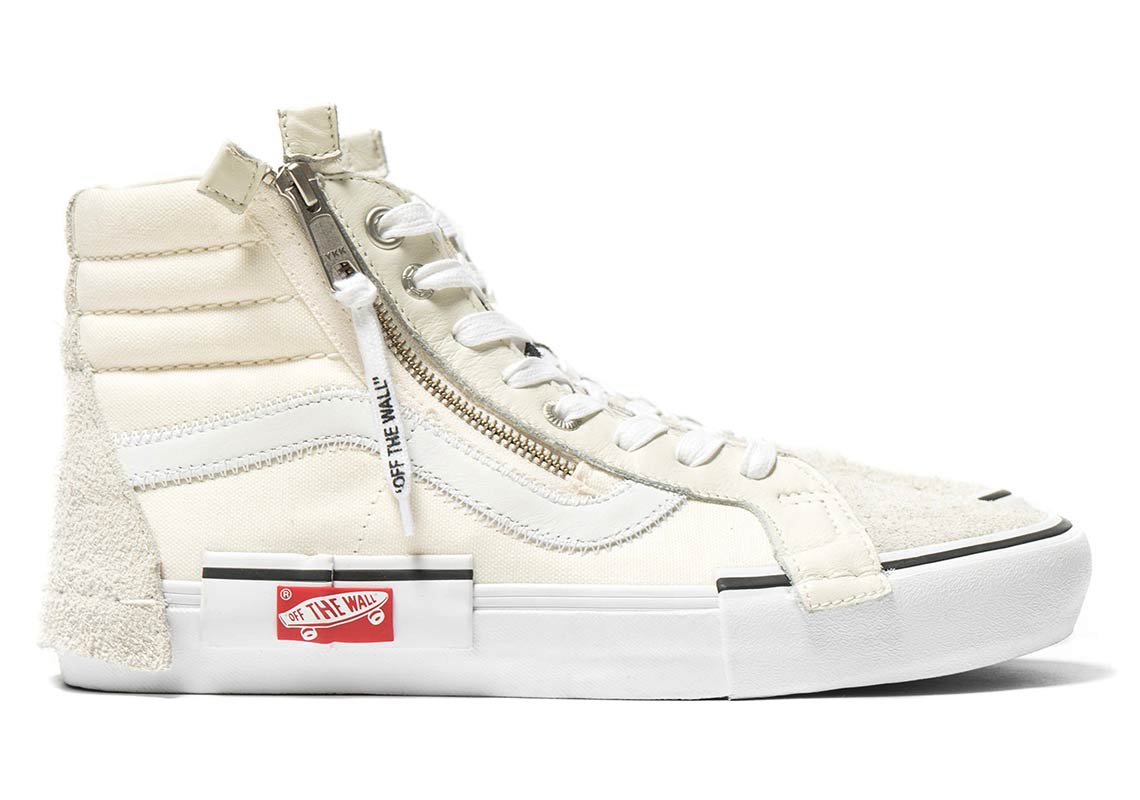 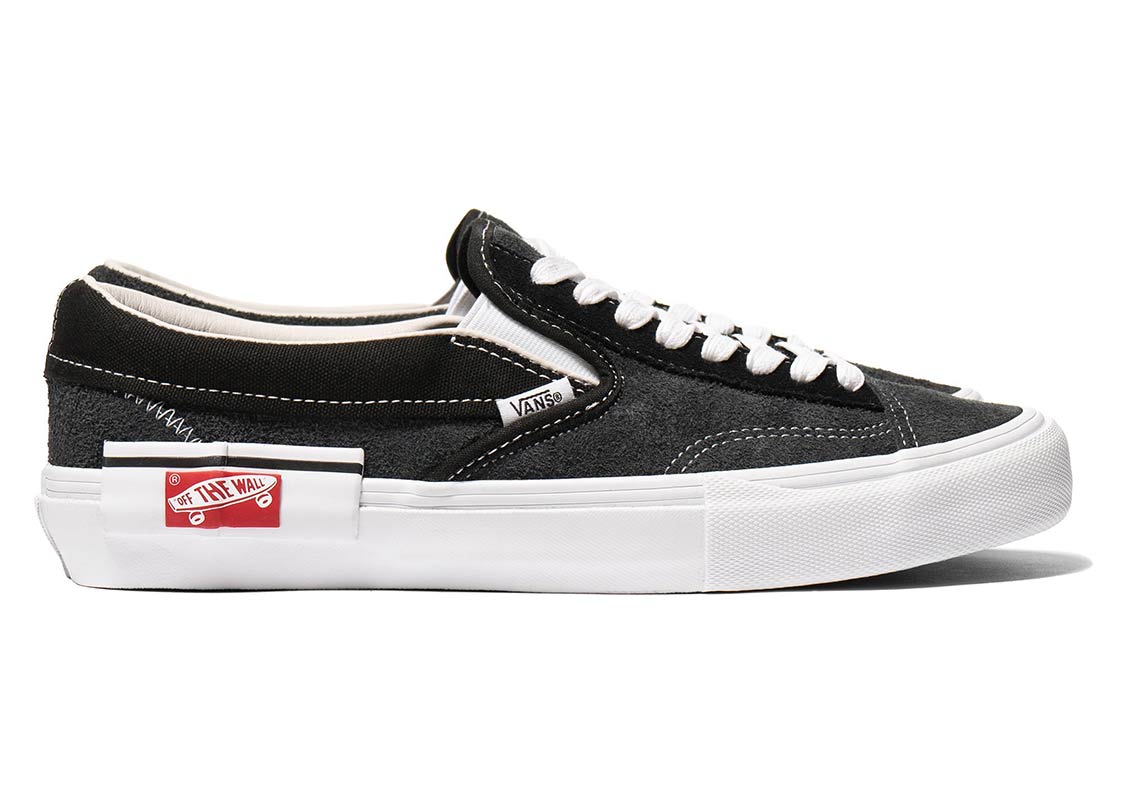 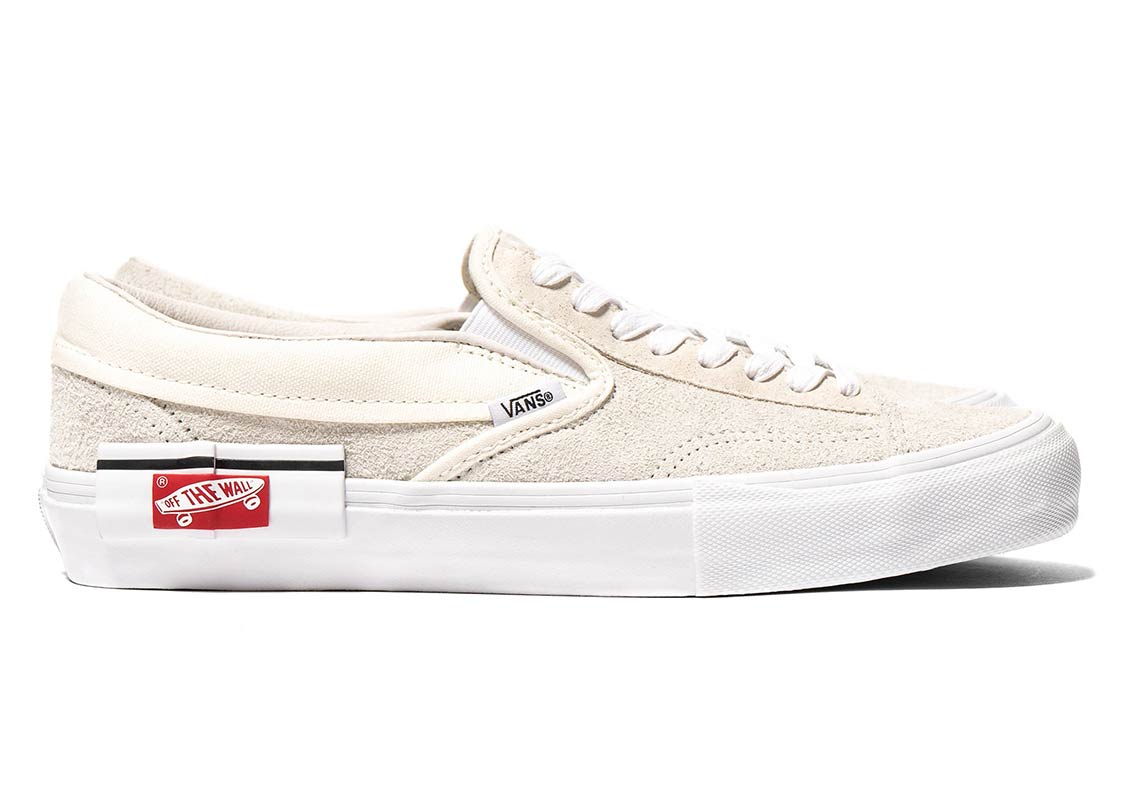 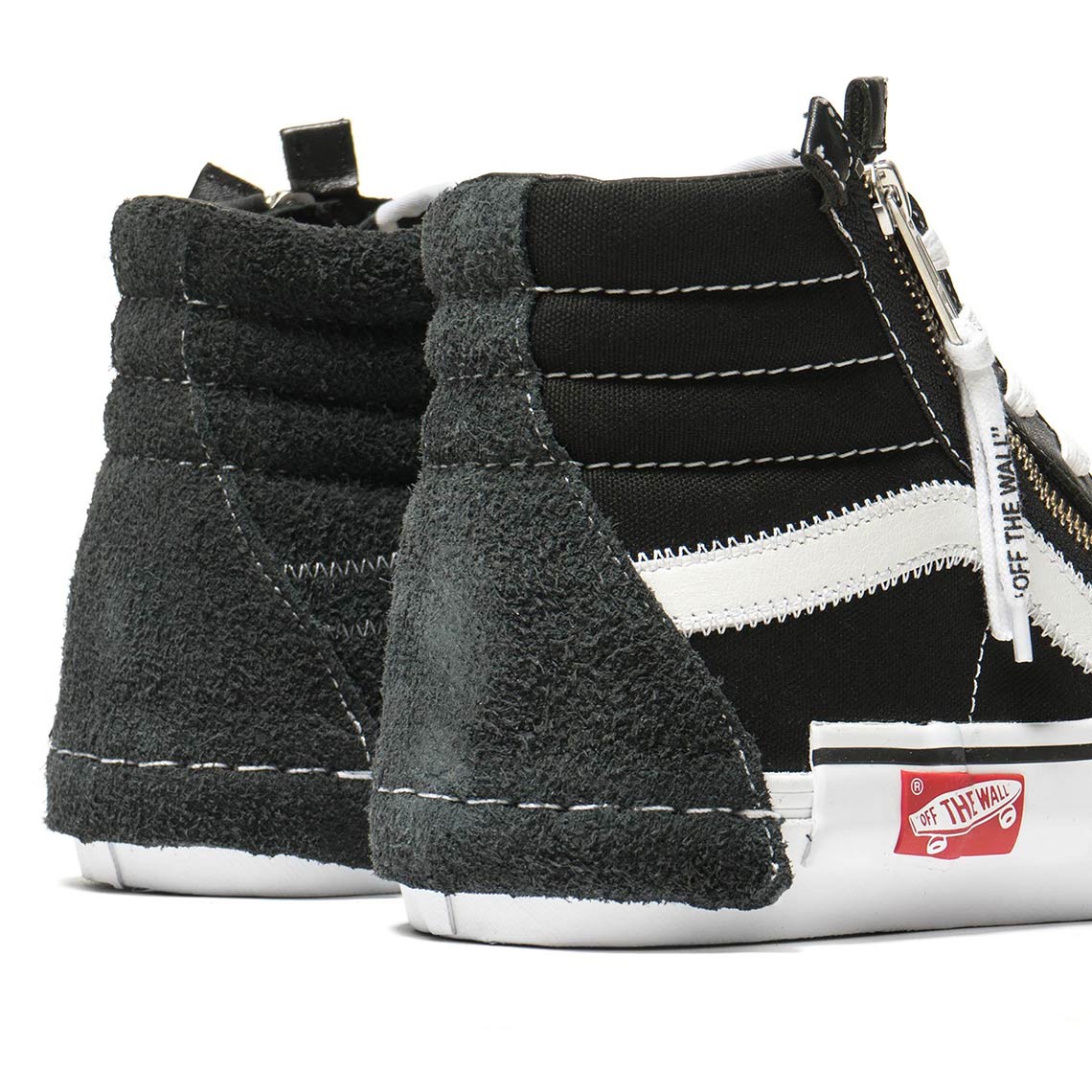 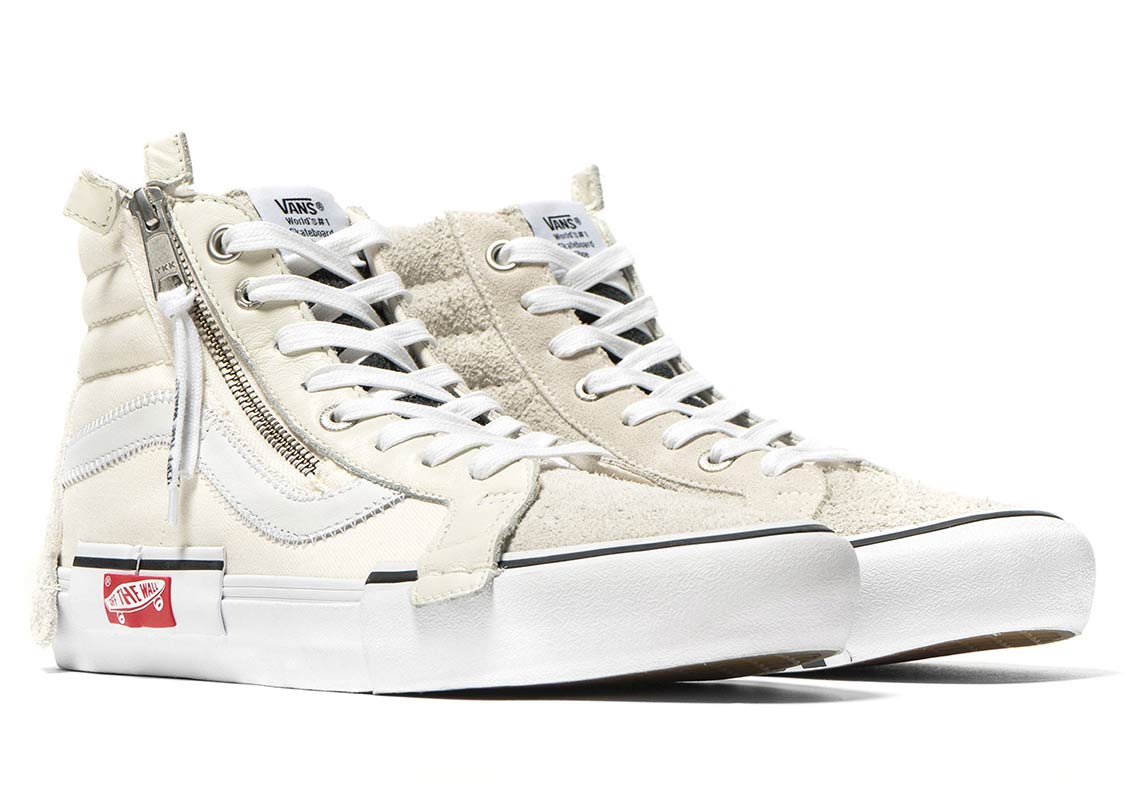 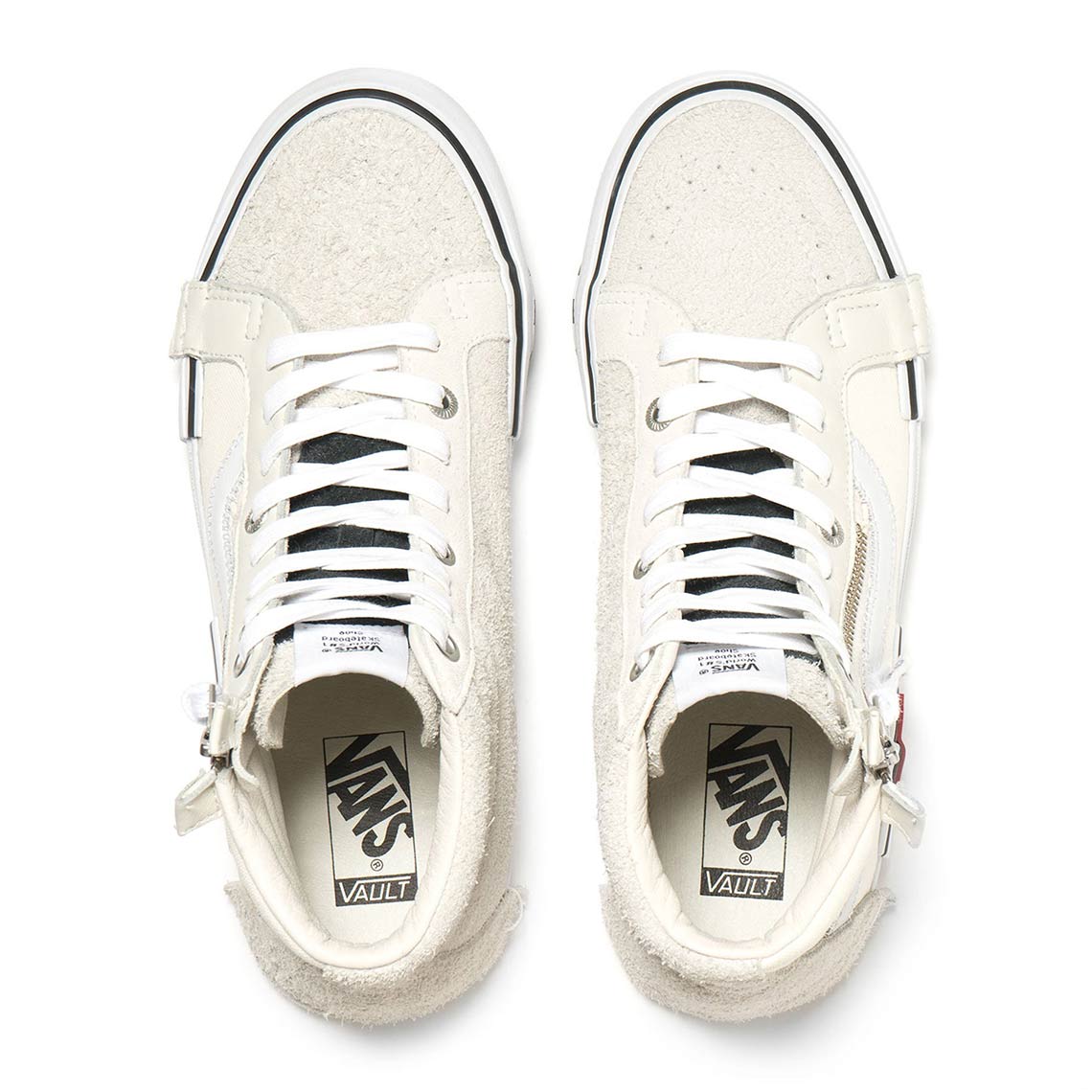 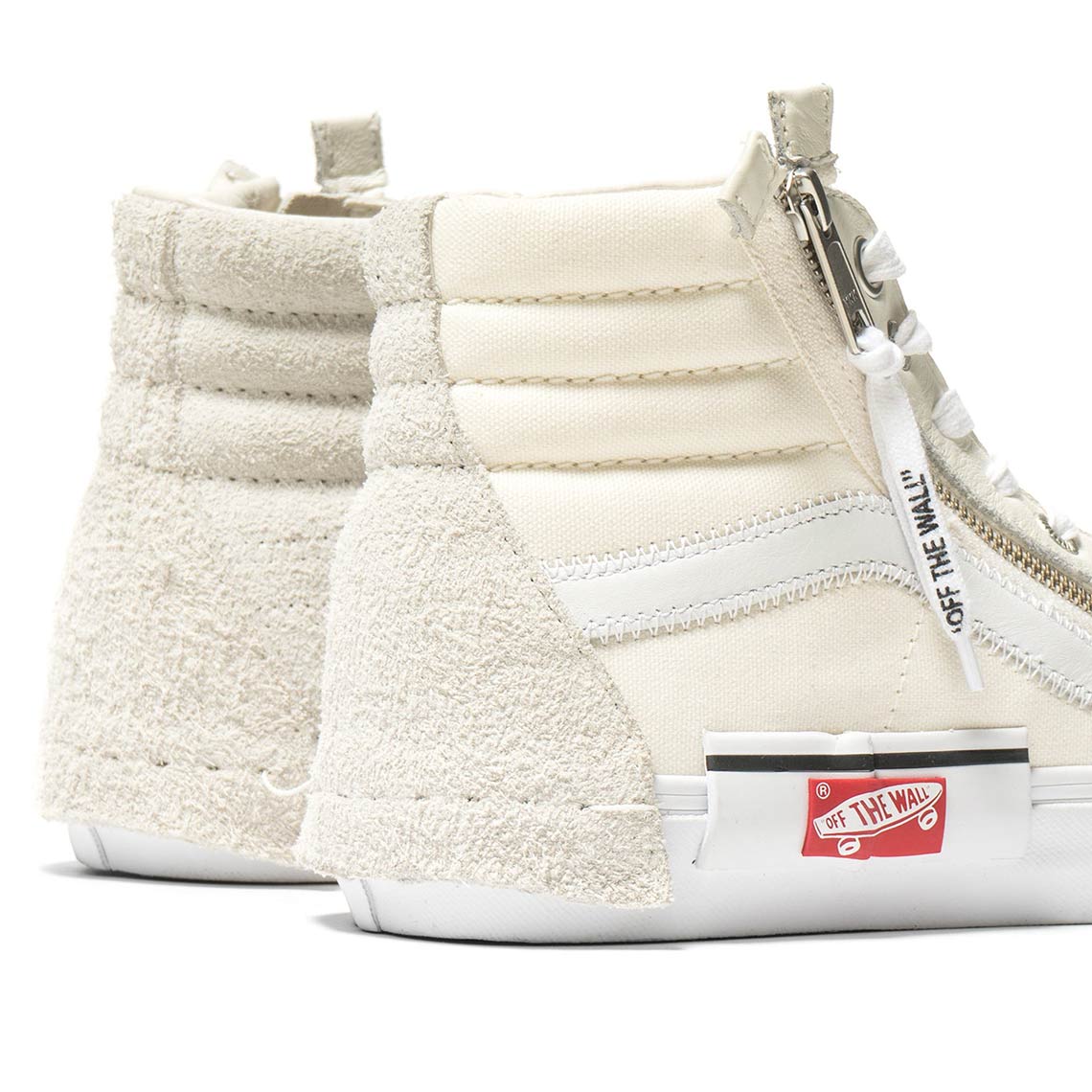 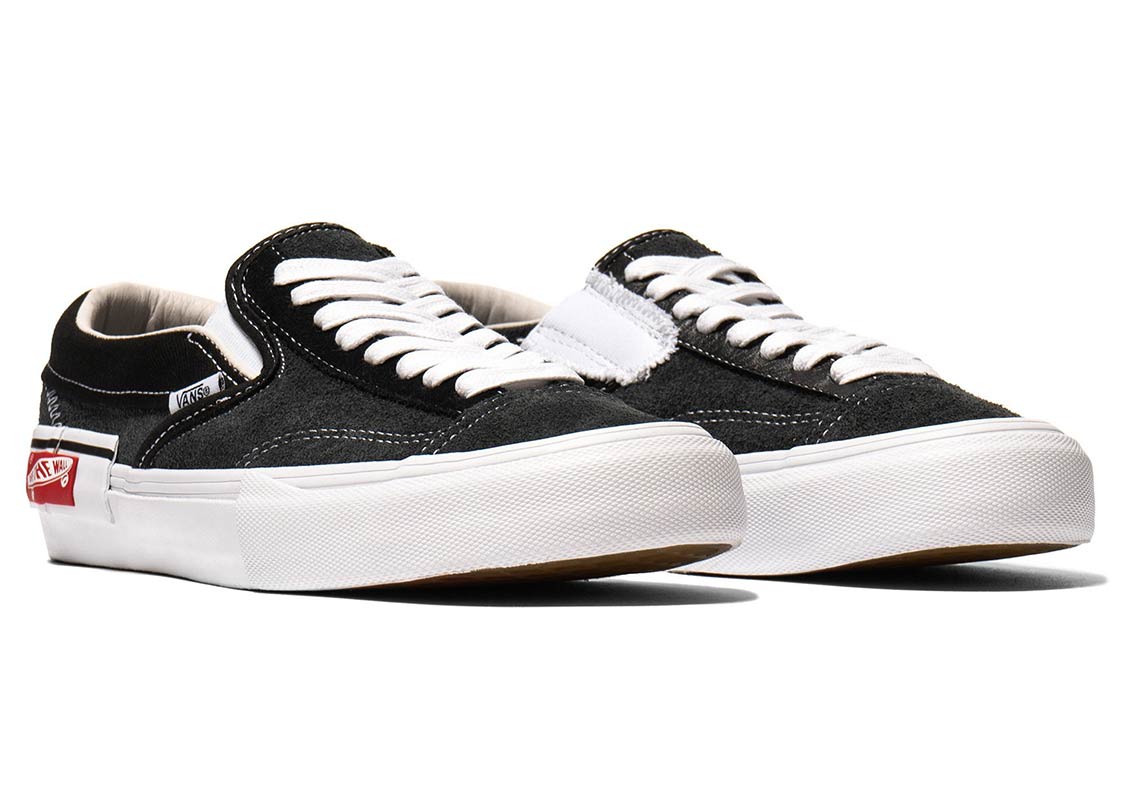 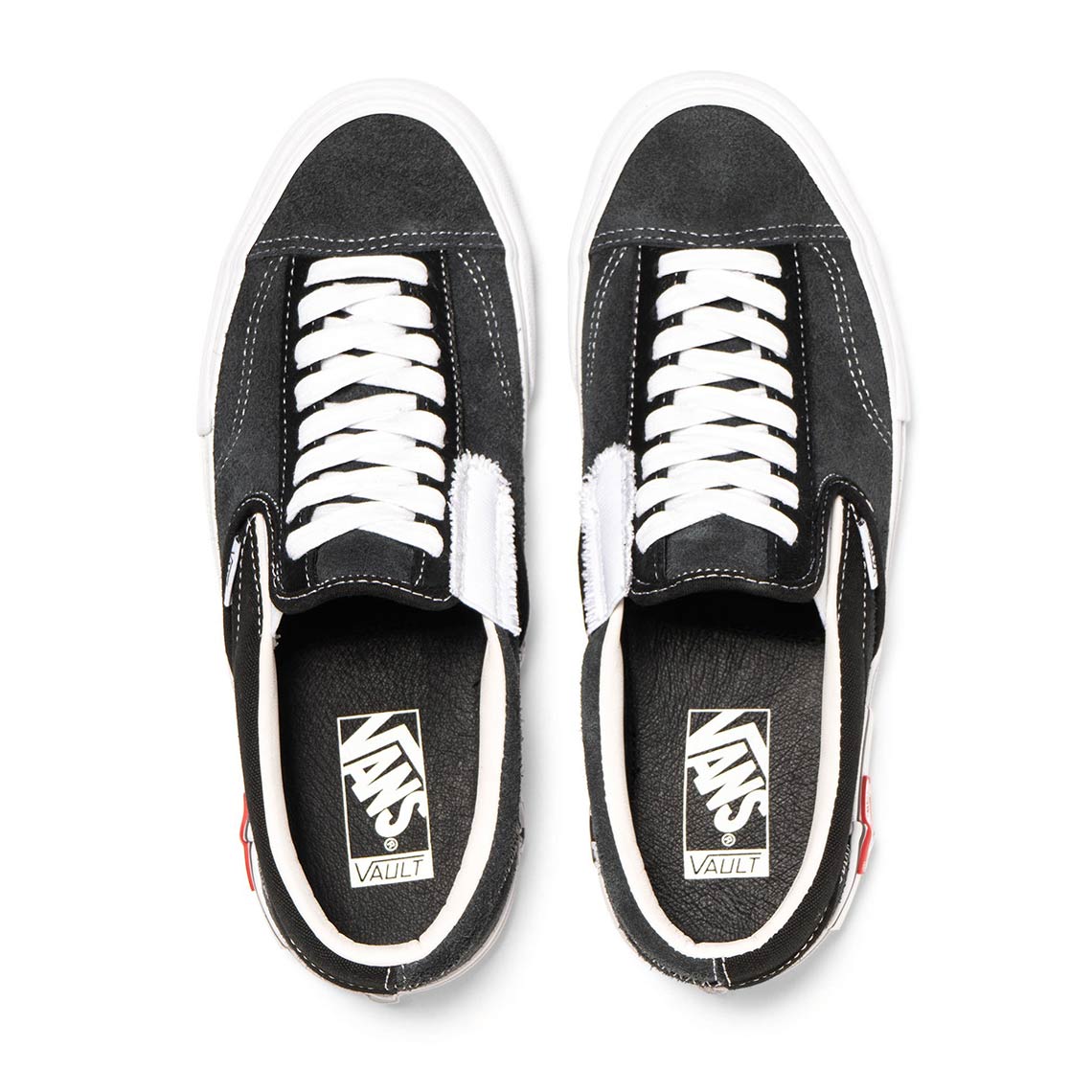 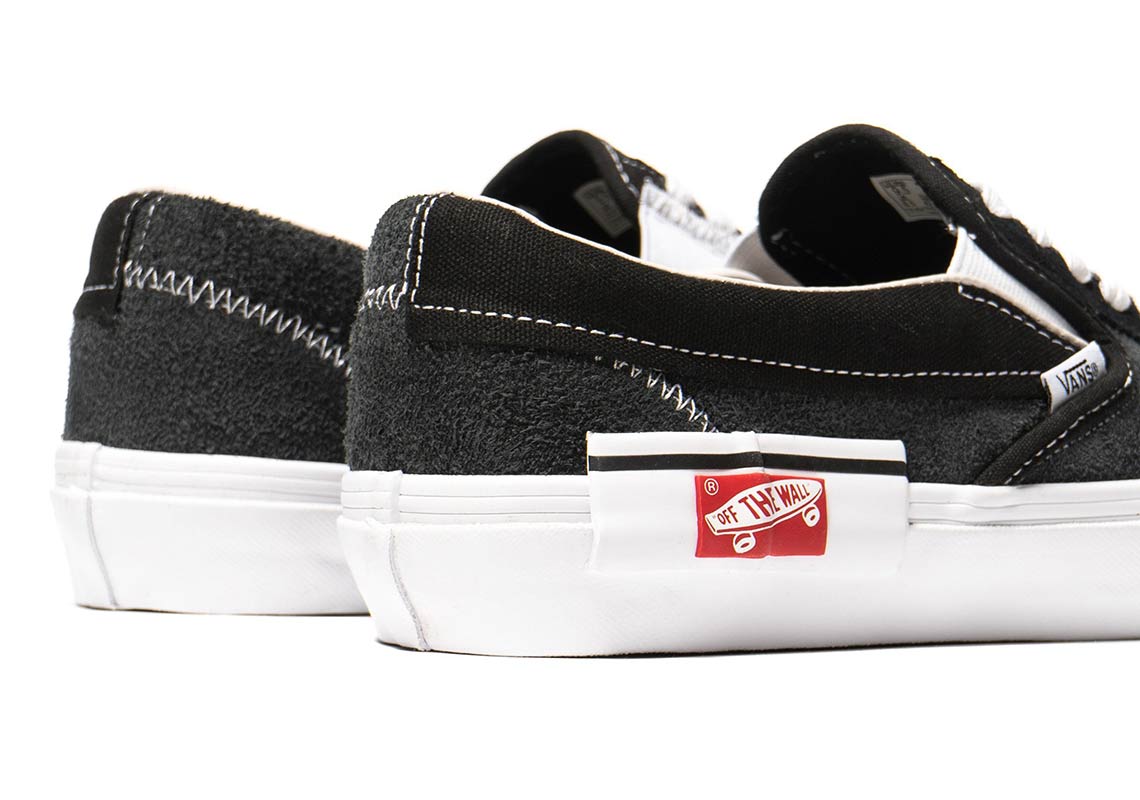 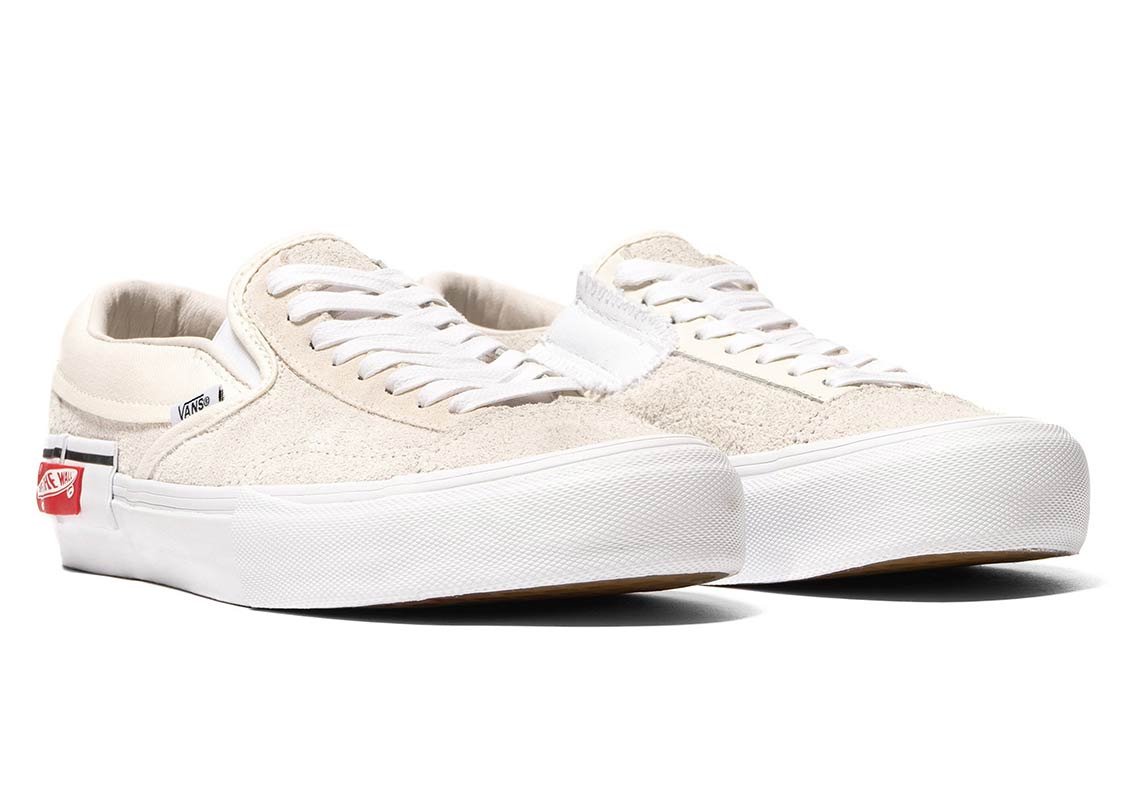 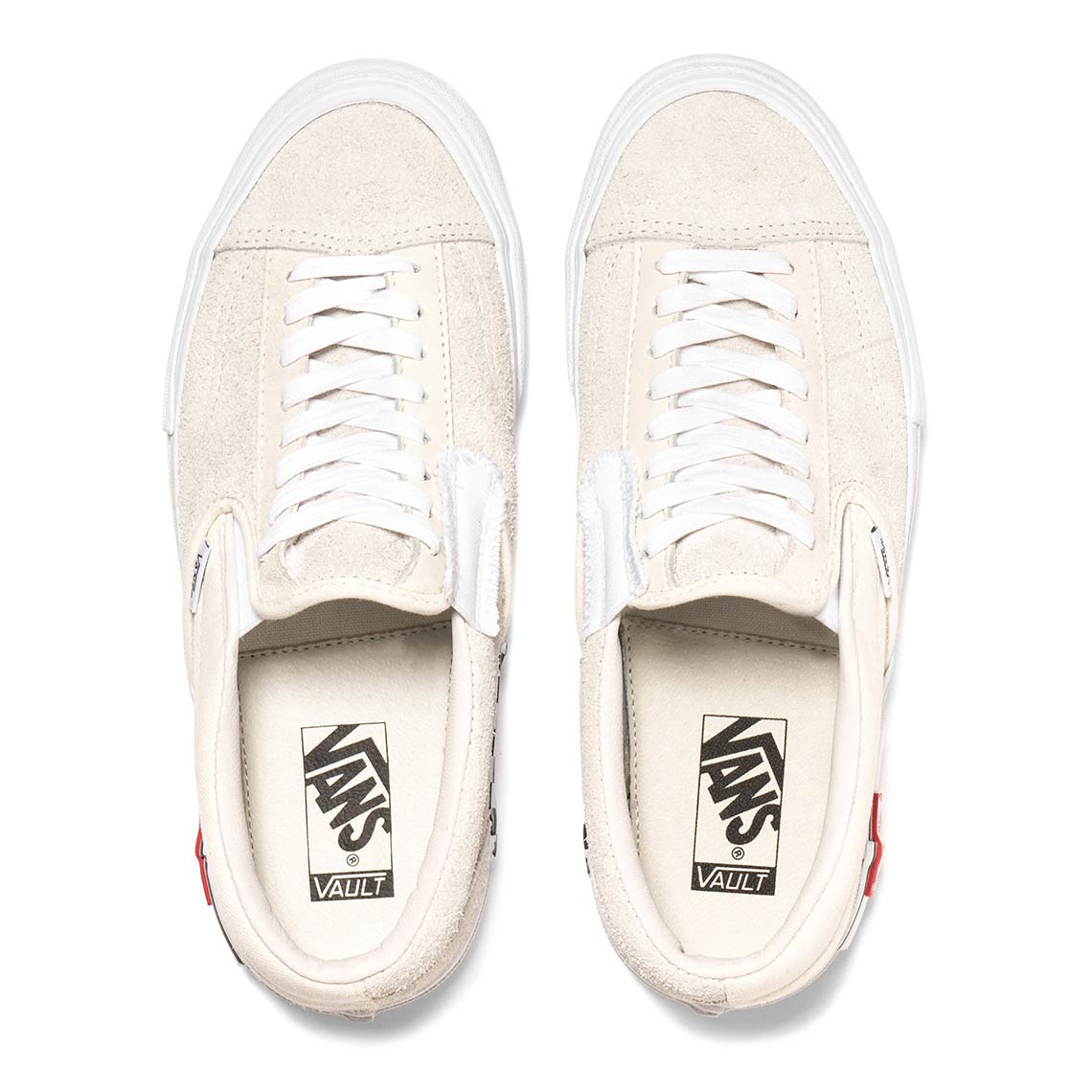 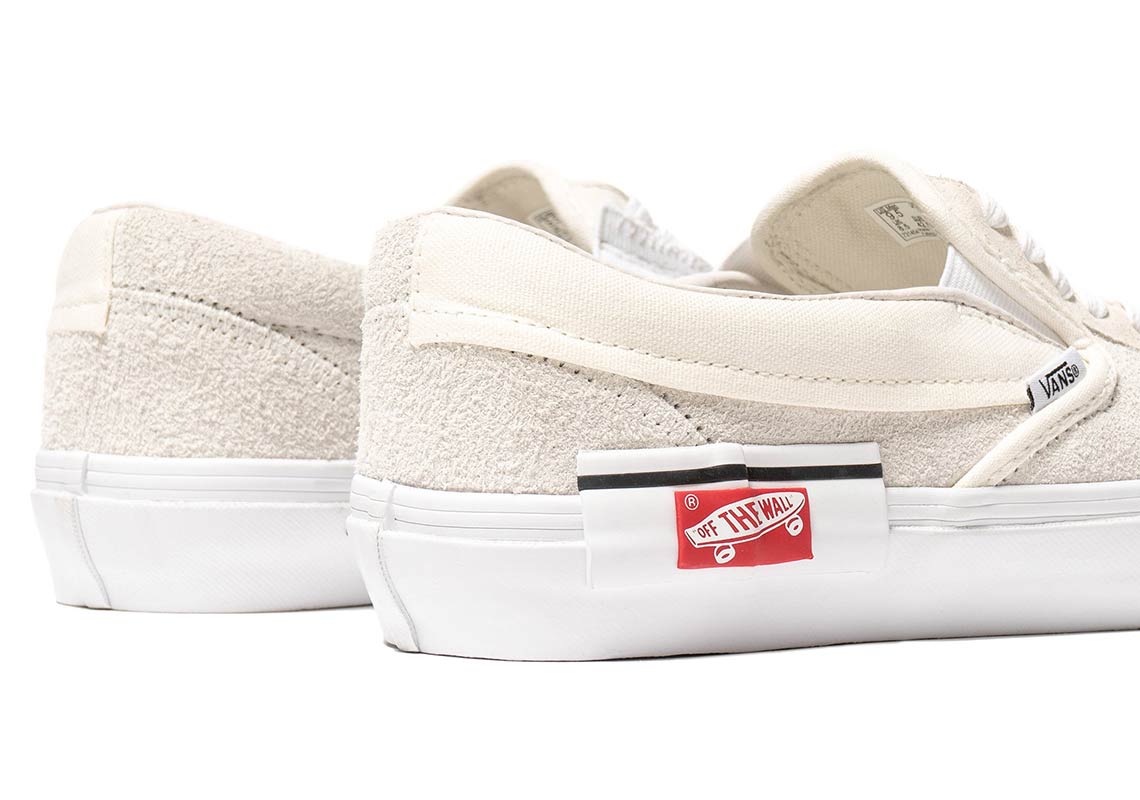