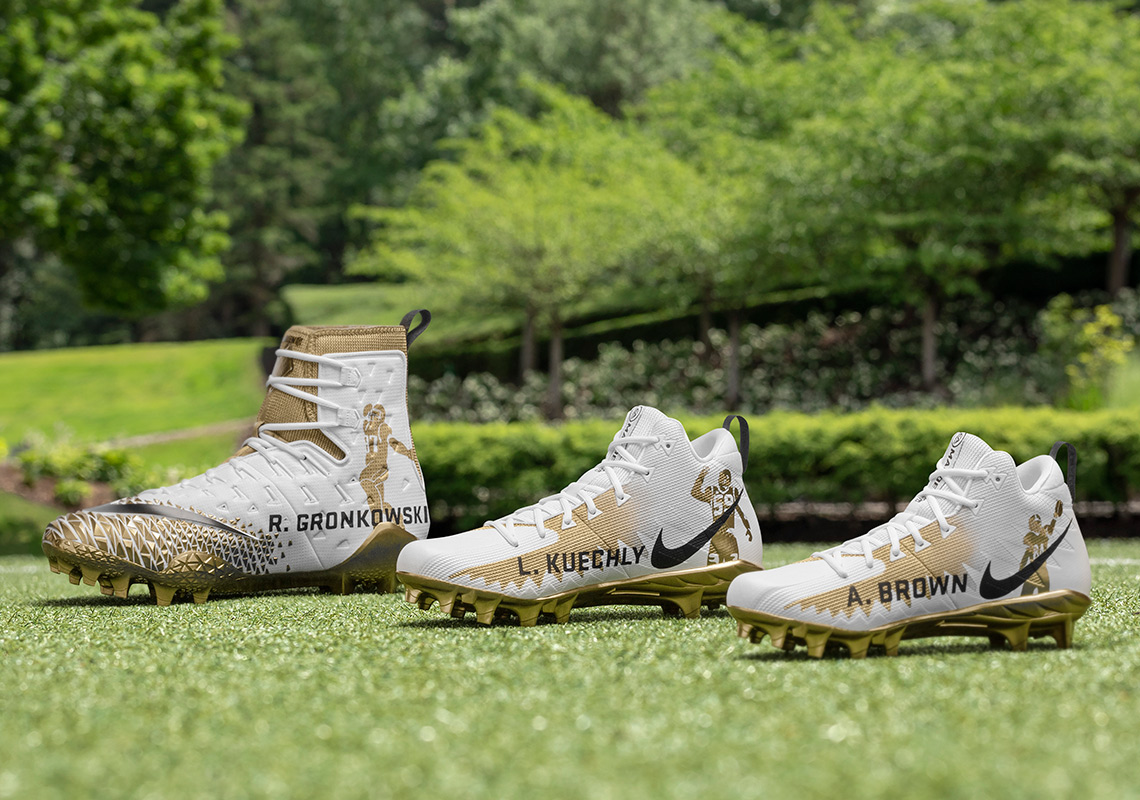 The 2018 NFL season is just weeks away and Nike is gearing up for the 16-plus games with a set of custom white/gold cleats for the game’s best. While you may already know that Antonio Brown, Rob Gronkowski, and Luke Kuechly are among the elite of the NFL, it’s their 99 rating in the upcoming Madden 19 game that truly cements them in the highest tier of pro football players in the league. To celebrate this honor, Nike has sent custom cleats to Brown, Gronk, and Kuechly, with each unique silhouette featuring a white/gold colorway with details close to the heart of each respective player. Brown’s pair features C.U.E.U.P.U. on the heel, which signifies his personal motto of “Chest Up Eyes Up Prayed Up”, while team mottos of “Keep Pounding” and “Do Your Job” are featured on the other two.

Joining these three Nike athletes among Madden’s 99-rated players is Tom Brady, Aaron Rodgers, Von Miller, and Aaron Donald. This group of seven will be inducted into the Madden 99 club, which only invites the maximum rated players each season. 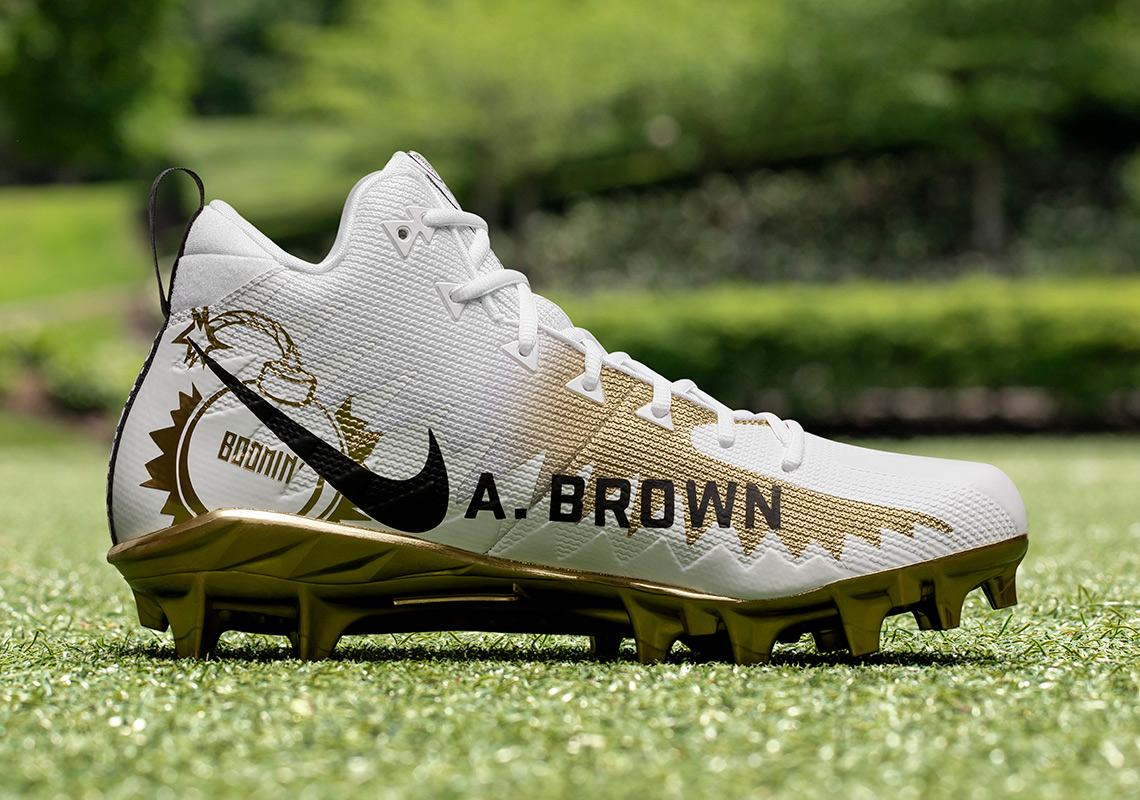 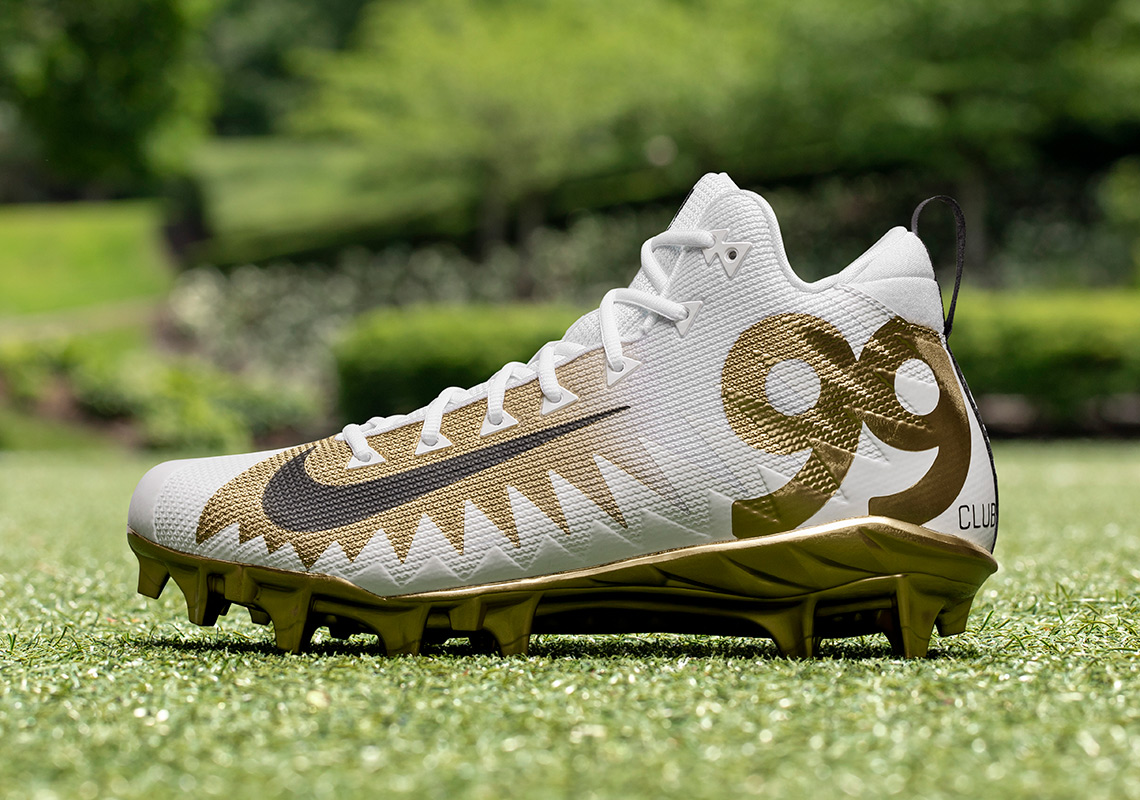 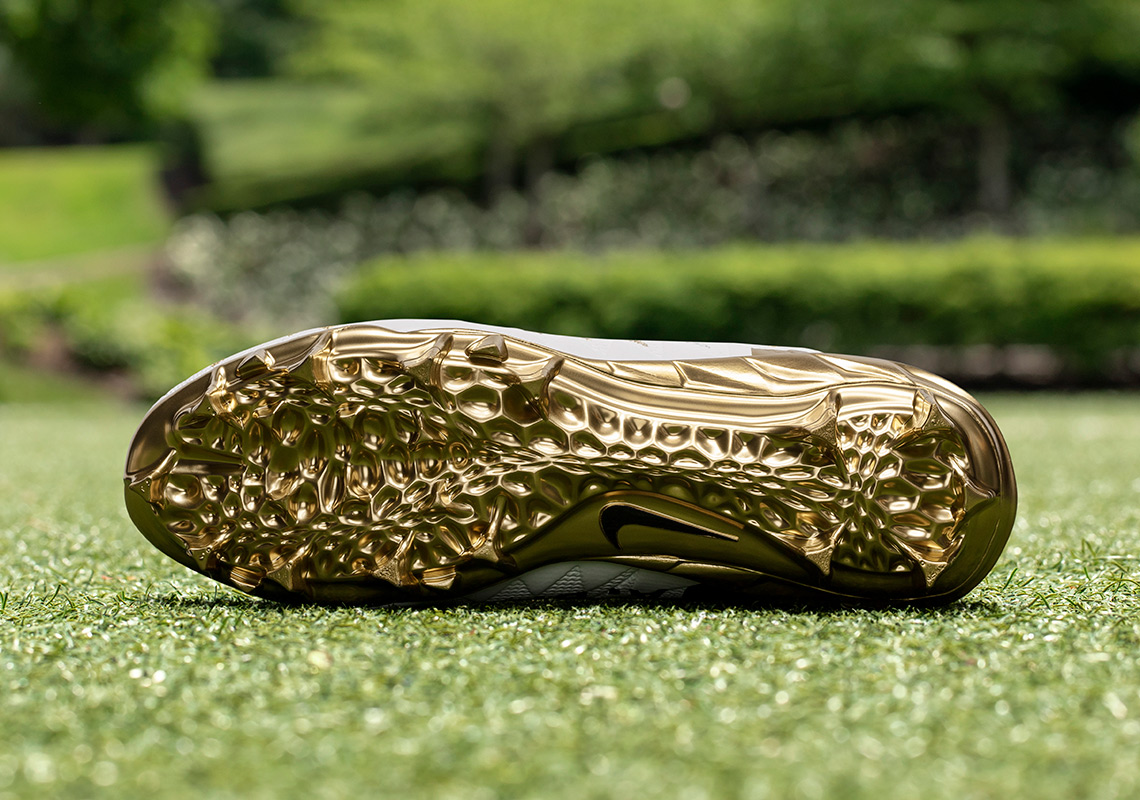 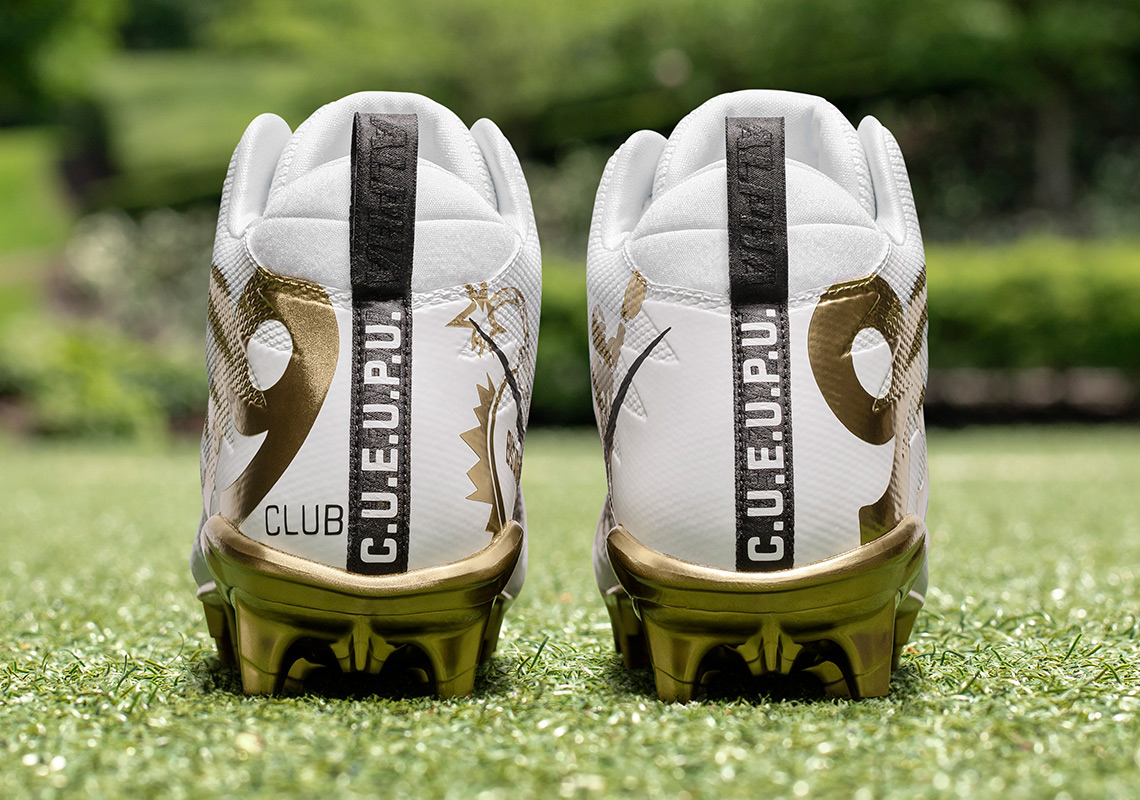 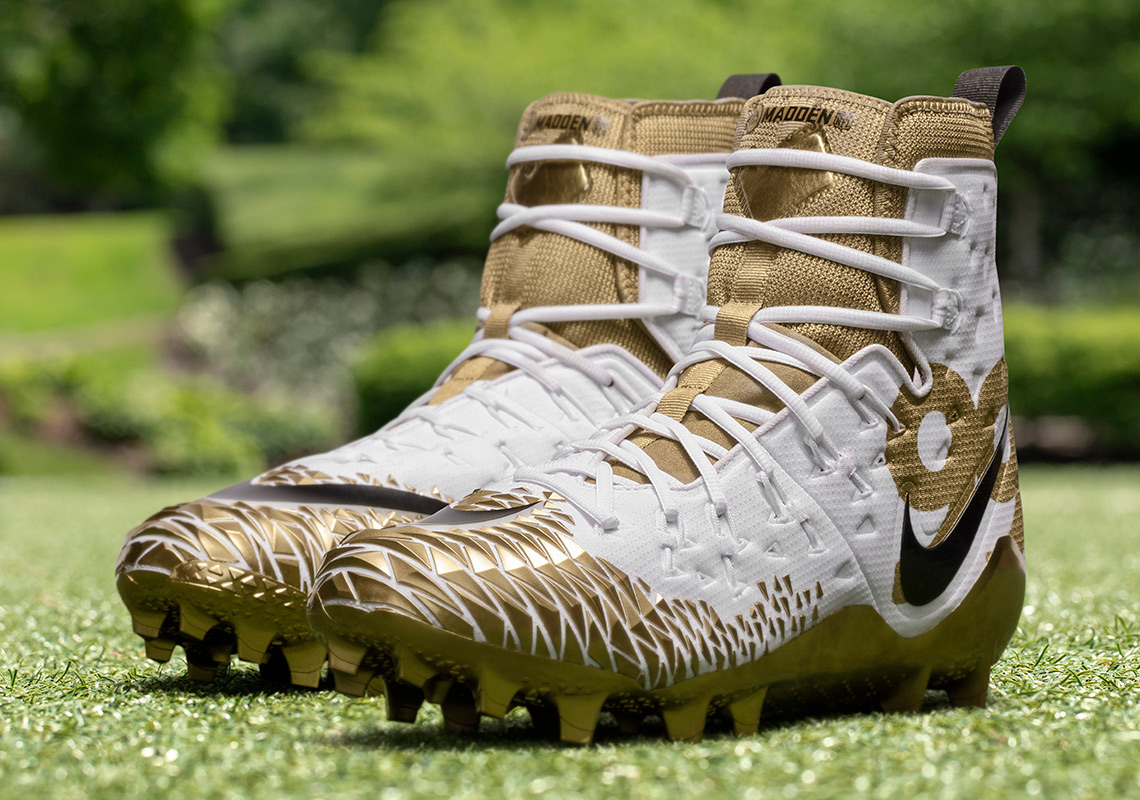 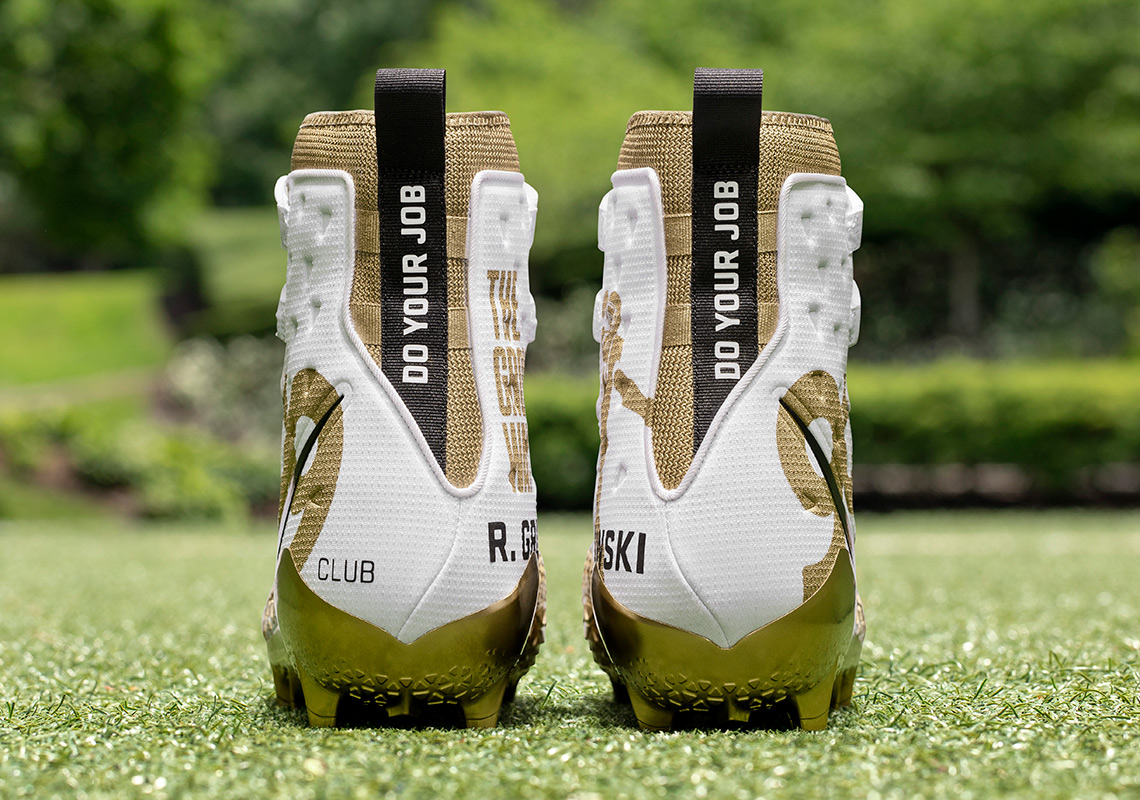 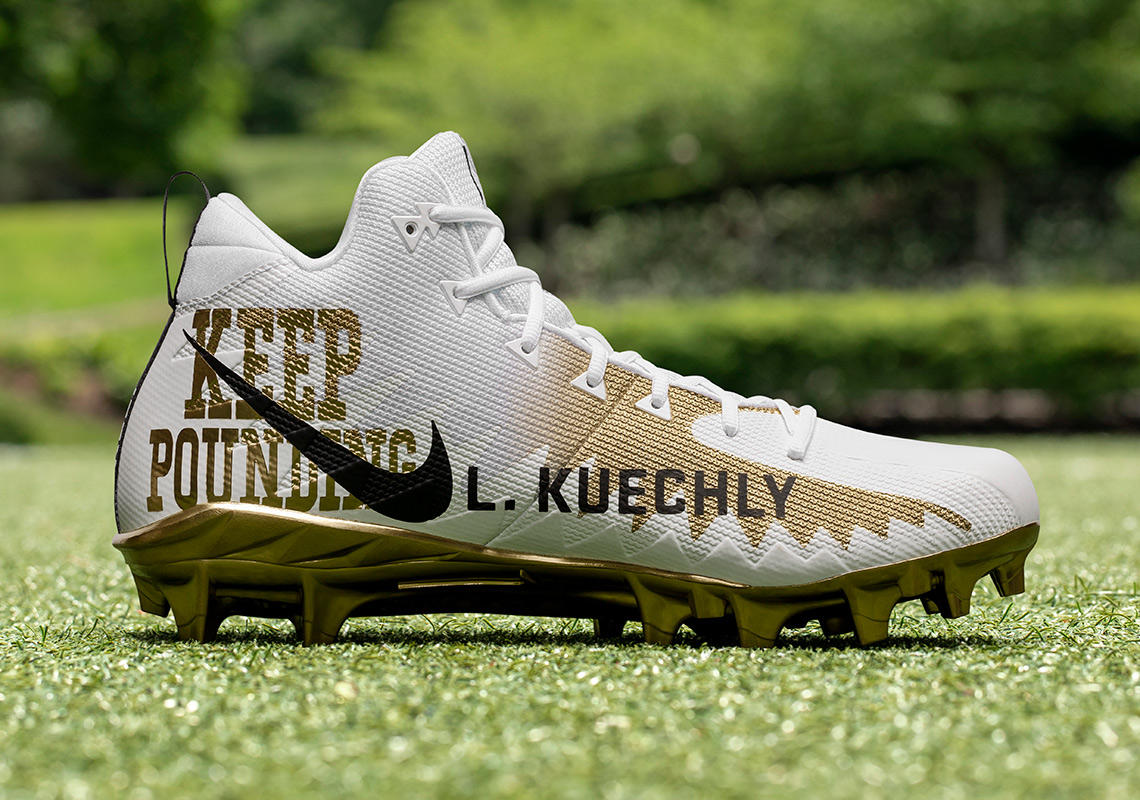 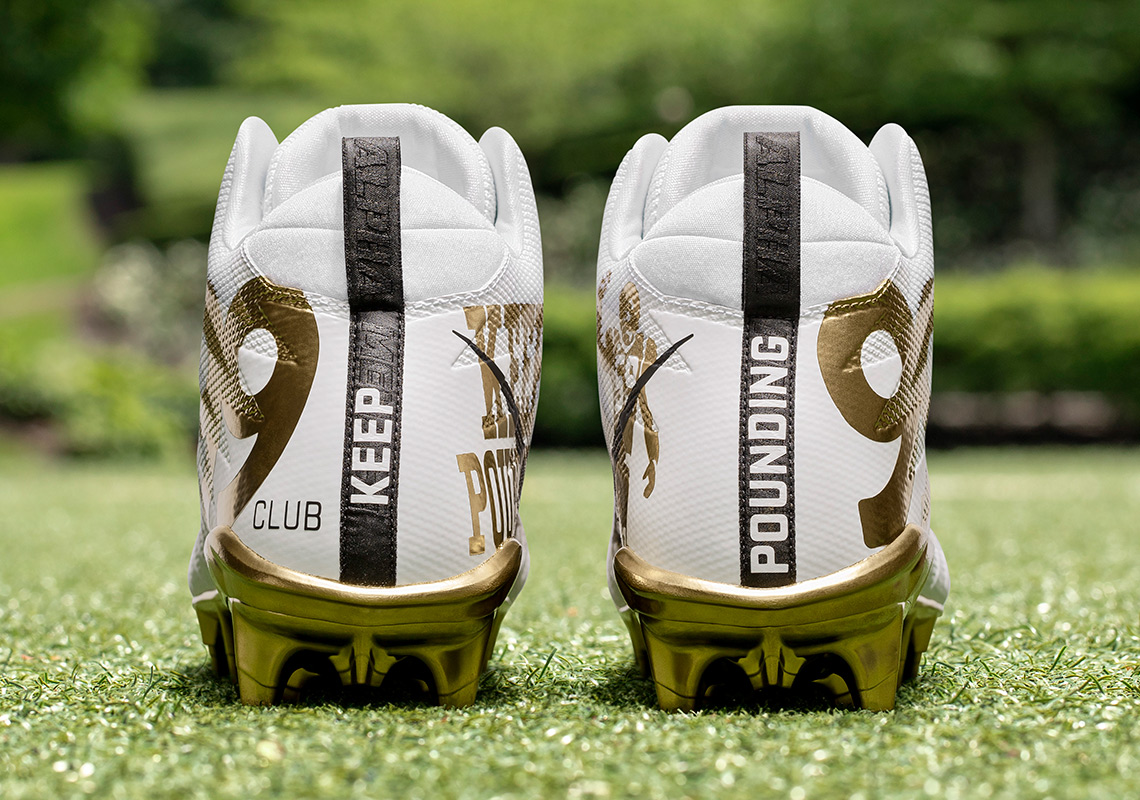 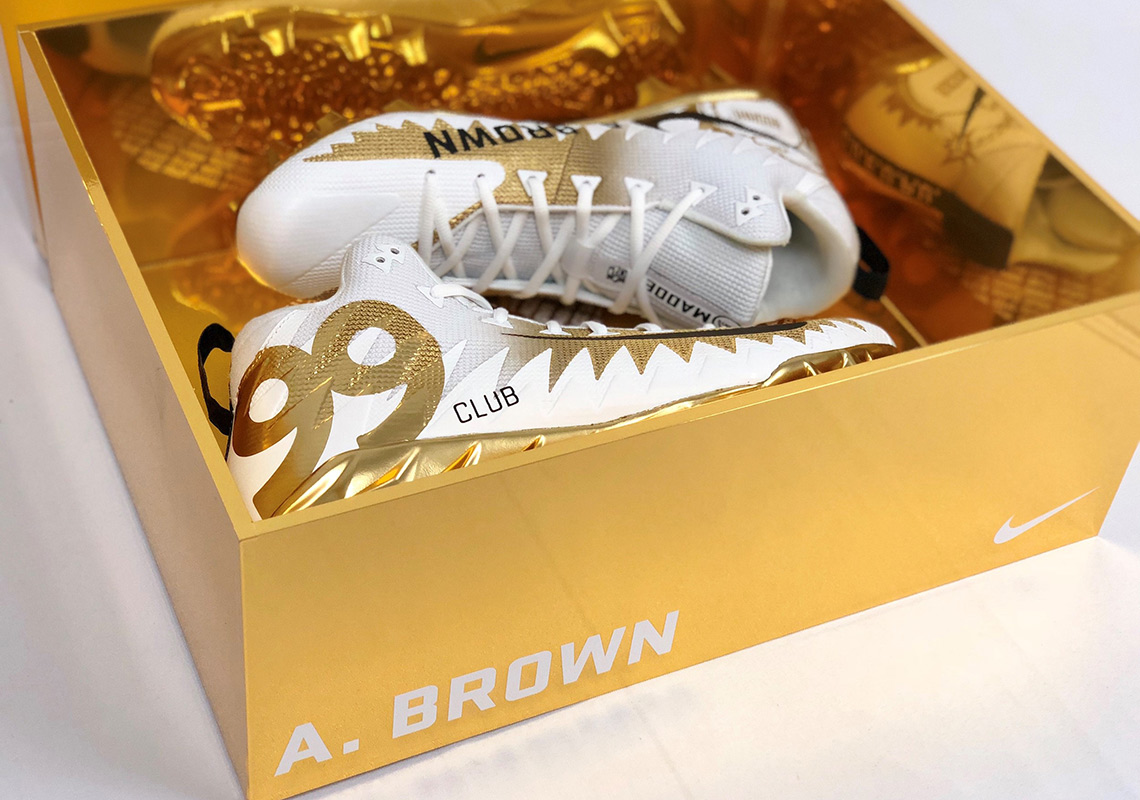 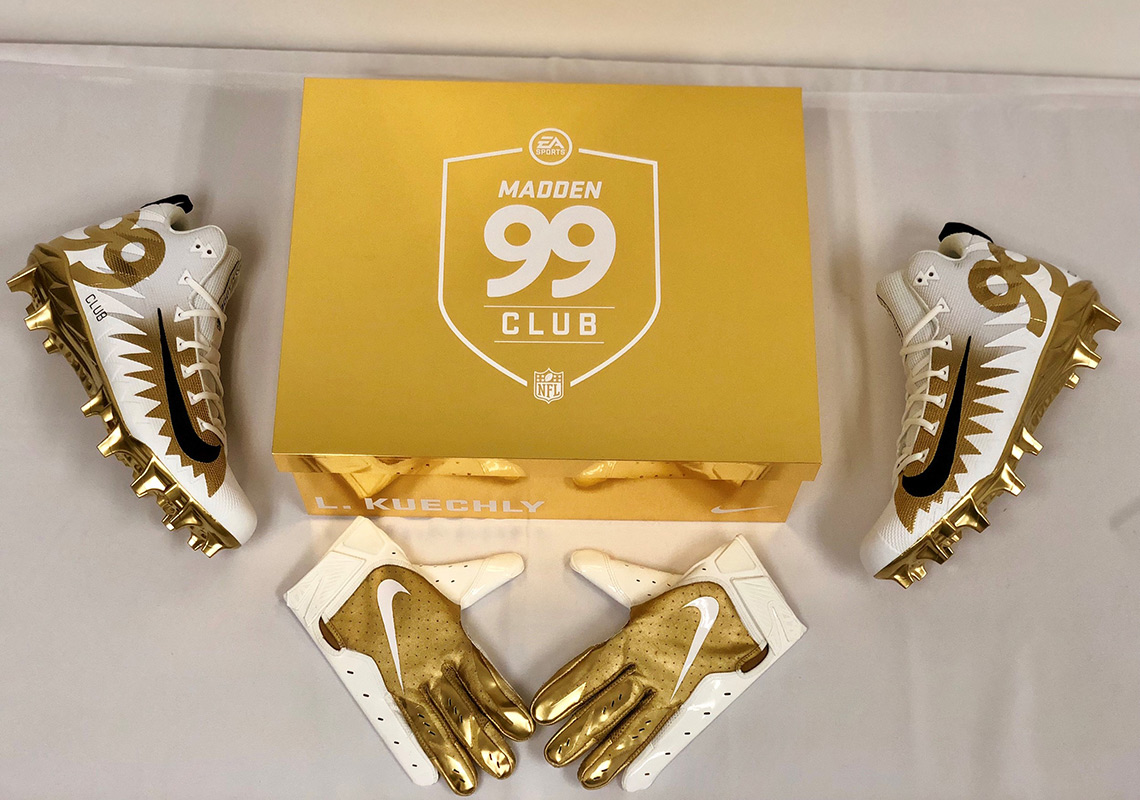 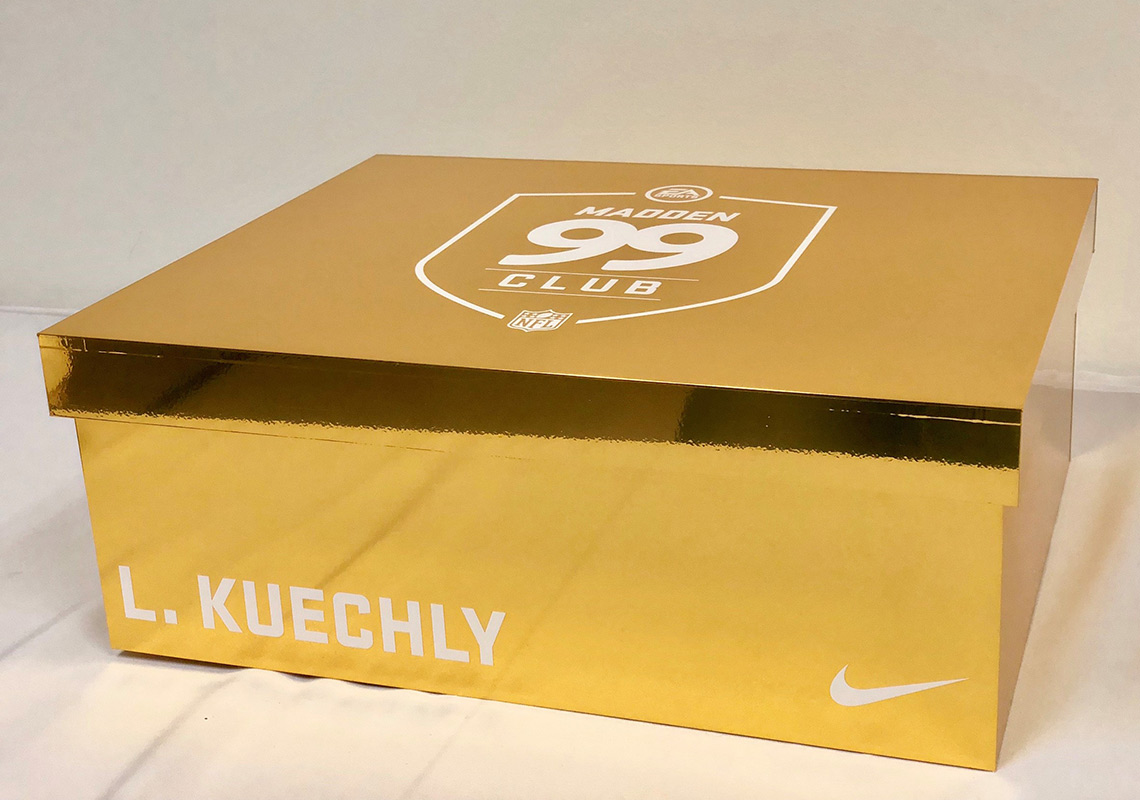 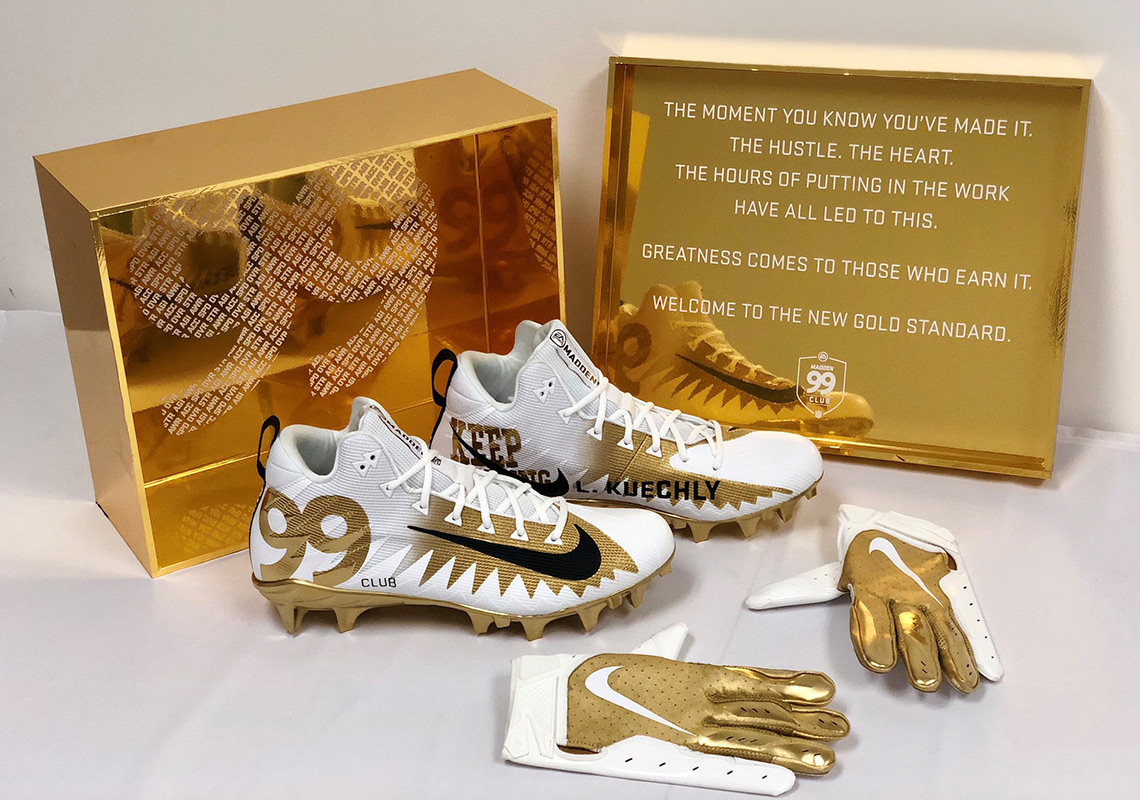 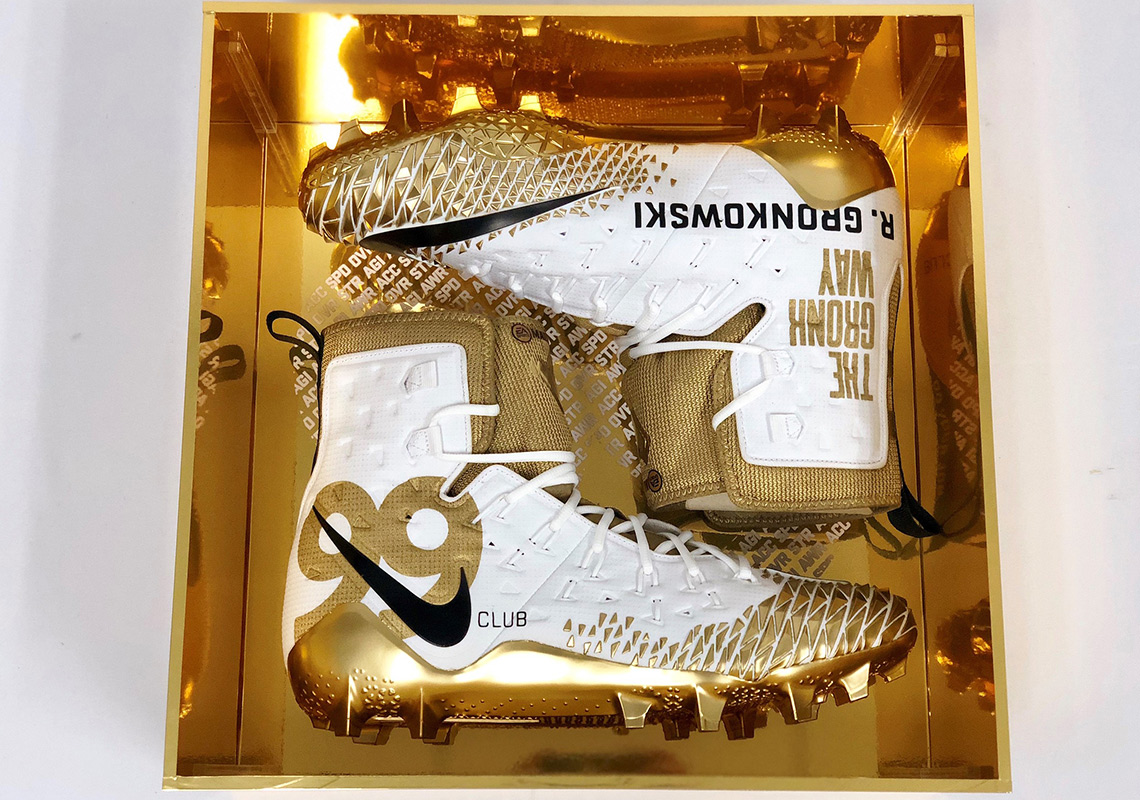