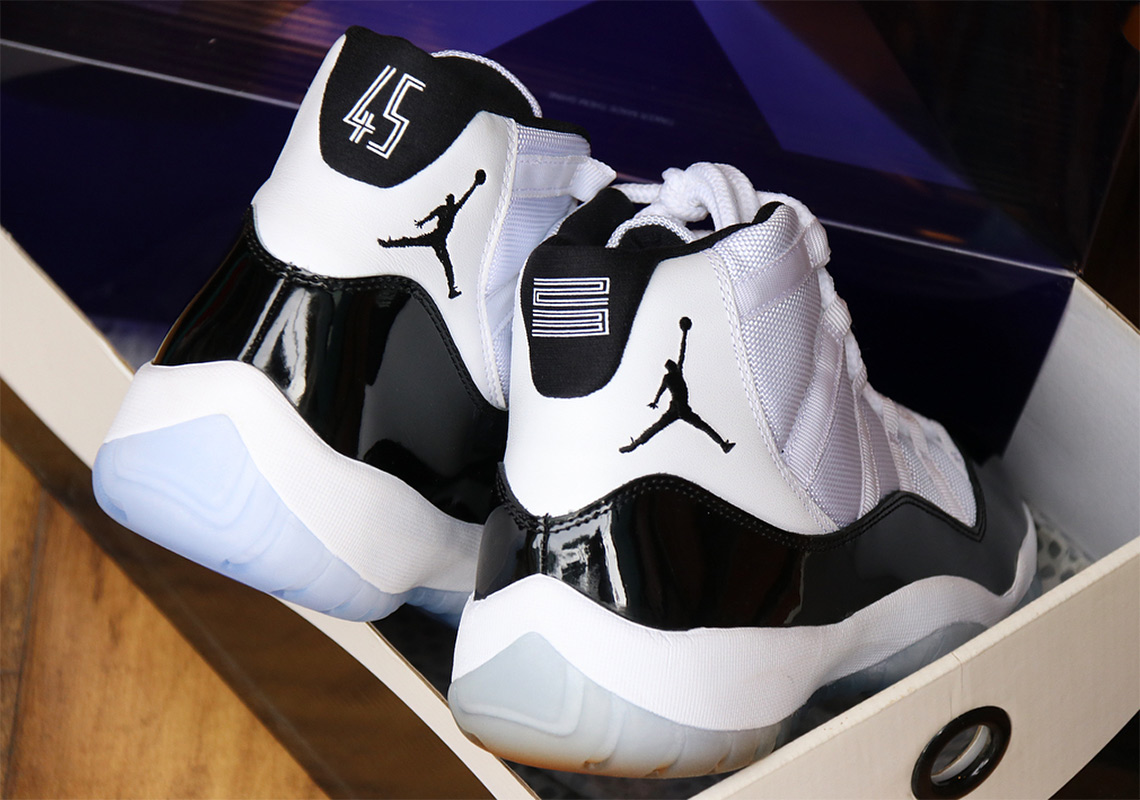 This December, Jordan Brand will have the sneaker industry in an authoritative grasp with the return of the Air Jordan 11 “Concord”, arguably one of the greatest Jordans of all time, and in contention for the greatest sneaker of all time. For the first time since 2011, this luxurious “tuxedo for your feet” is set to hit retailers once again, sporting a slightly different construction than that of the pair that arrived on shelves in 2011. Much like 2016’s Air Jordan 11 “Space Jam”, this Concord will come equipped with number 45 placed on its heel, representative of the number MJ wore upon his return to the league after his brief stint in professional baseball.

Other differences come by way of an exaggerated patent leather mudguard that became the center of discussion amidst the Space Jam release two years ago. While Jordan fanatics hoped that the dimensions would stay true to the releases of the 21st century, this heightened mudguard element is actually a truer representation of the shoes that MJ actually wore on court. Finally, this new version of the Concord will sport a significantly bluer iced out sole unit than that pair from eight years ago, housing its oft-admired Concord purple outsole. While reading this will help you get an idea of the changes, an incredibly detailed set of images below will give you the full picture. Enjoy that look here and prepare yourself for the December 8th release of one of the greatest sneakers in history. 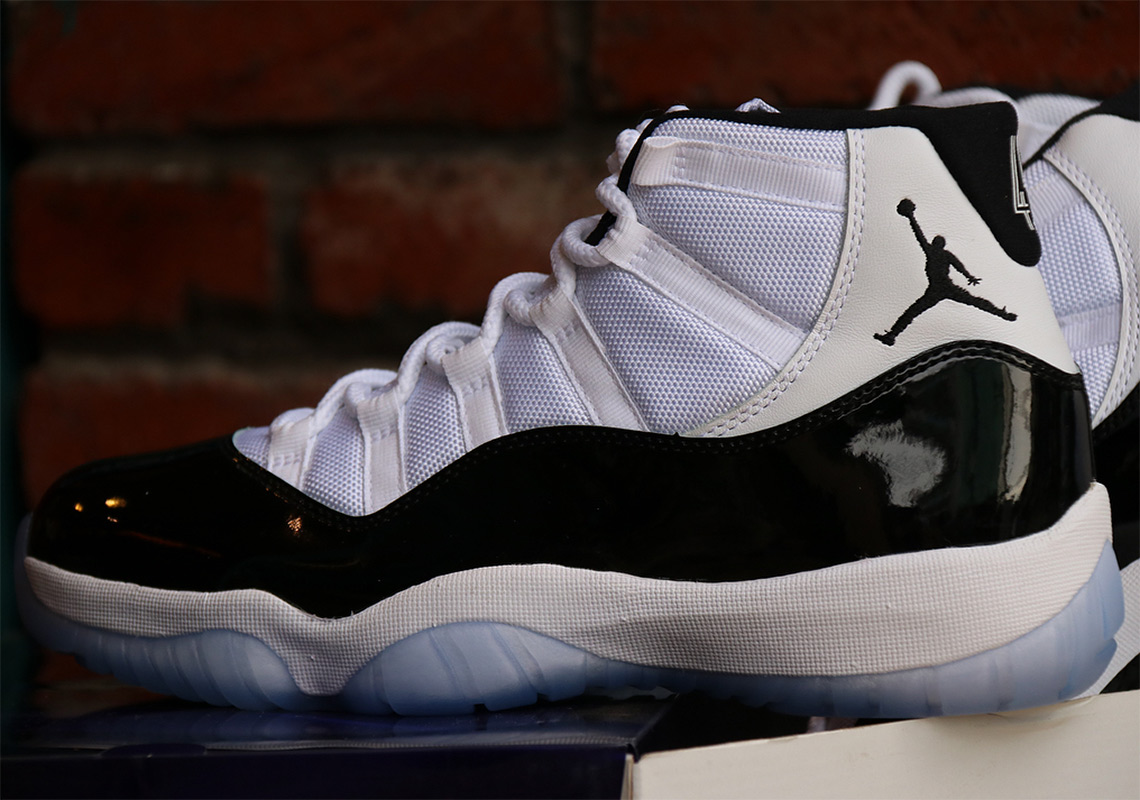 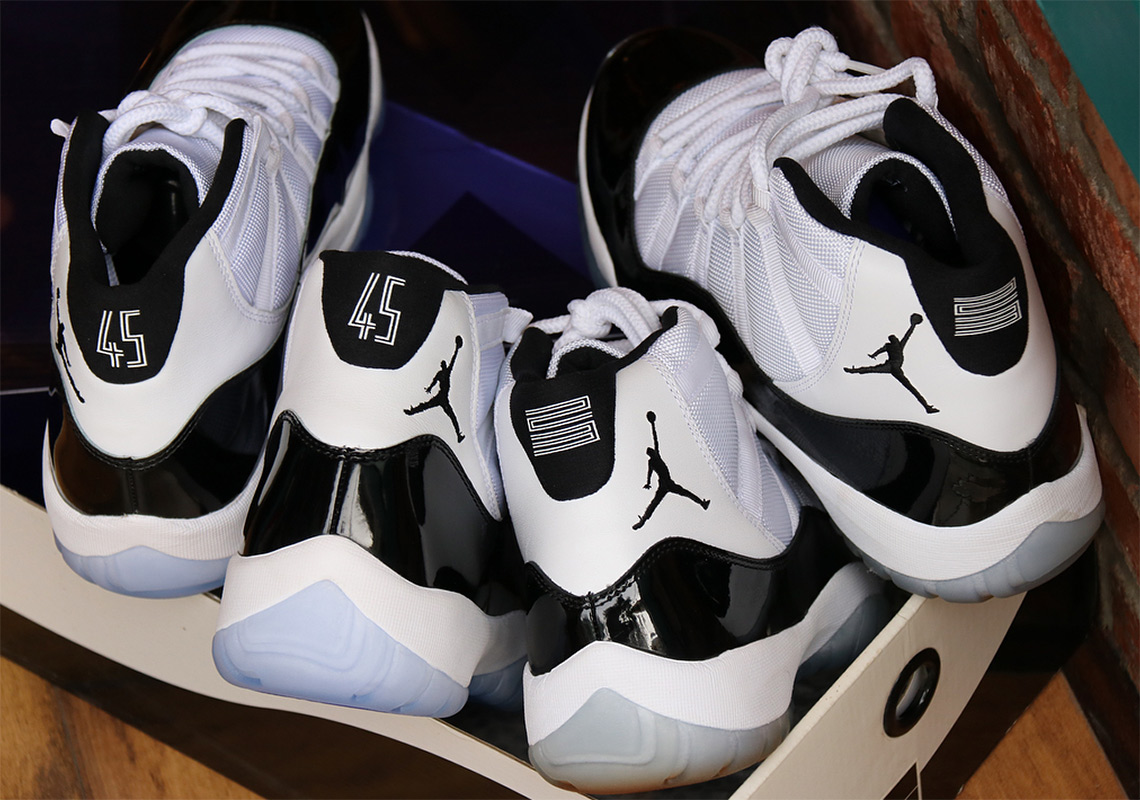 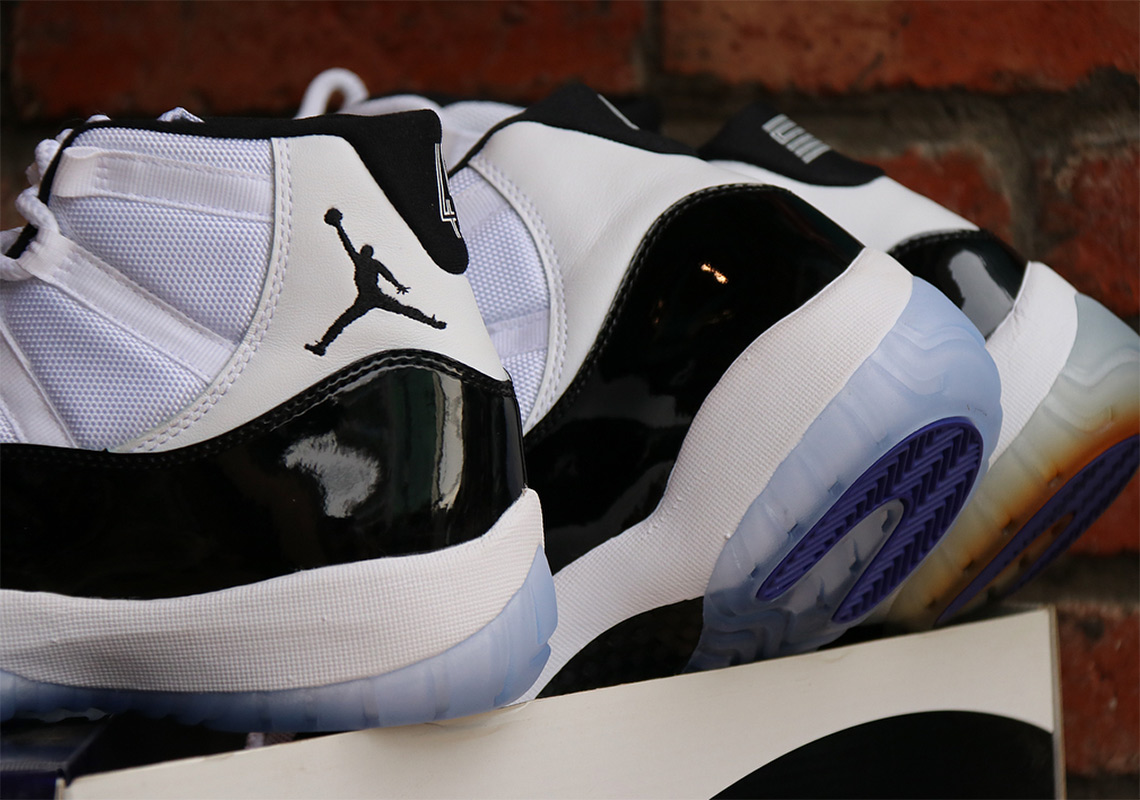 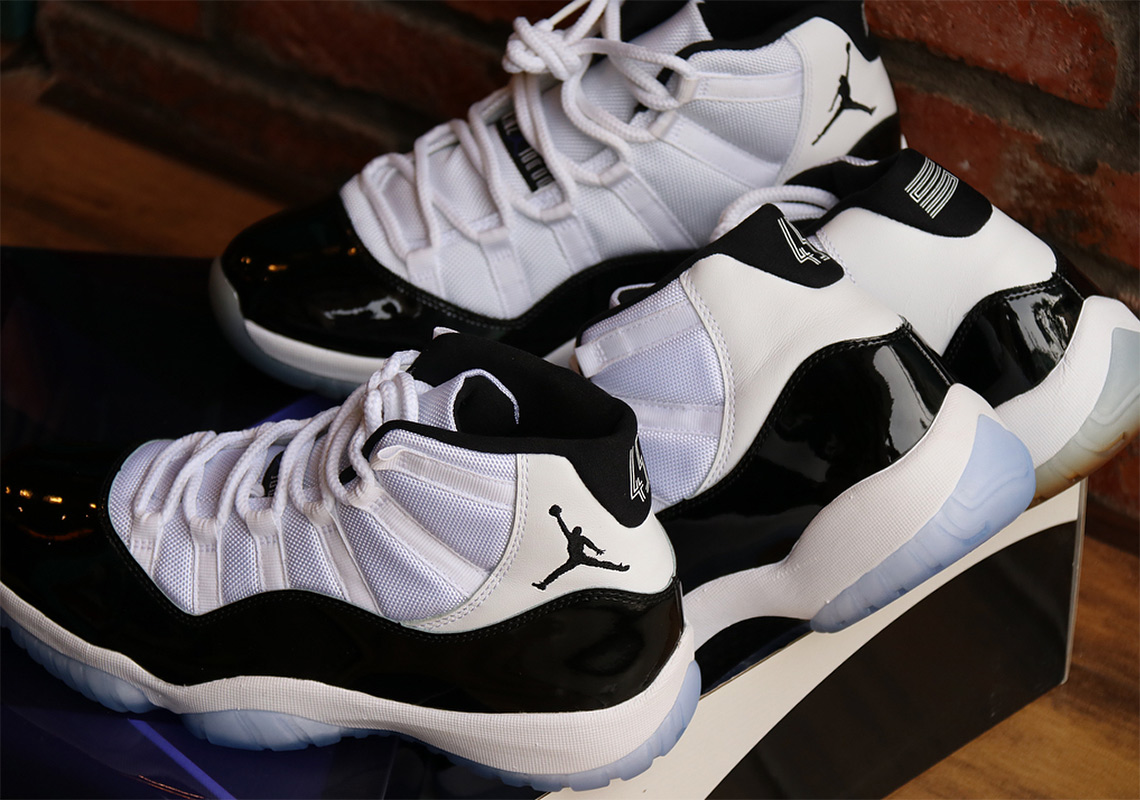 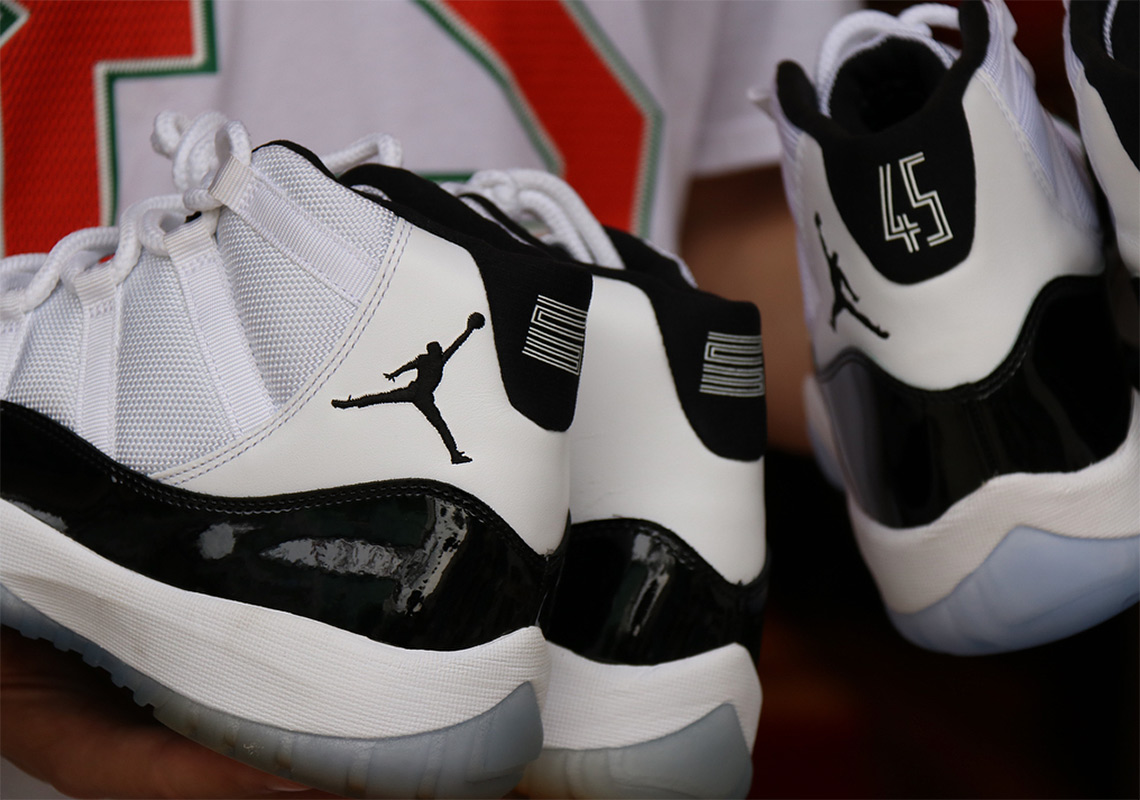 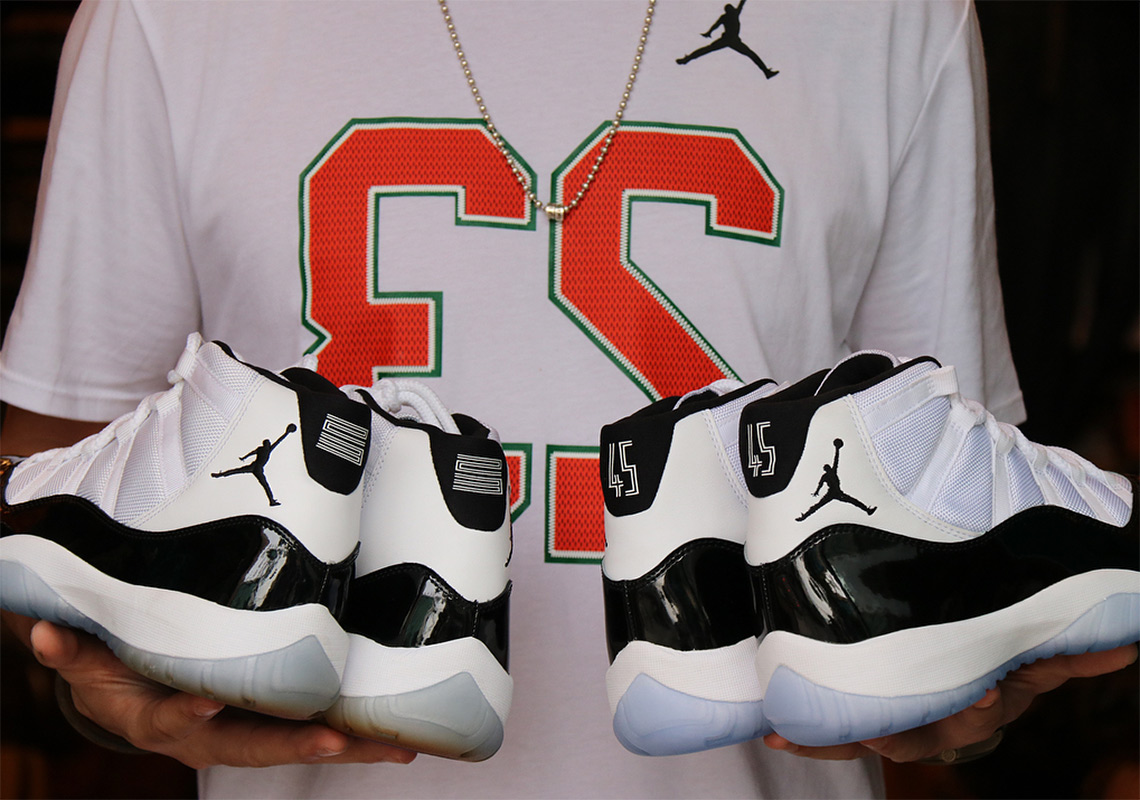 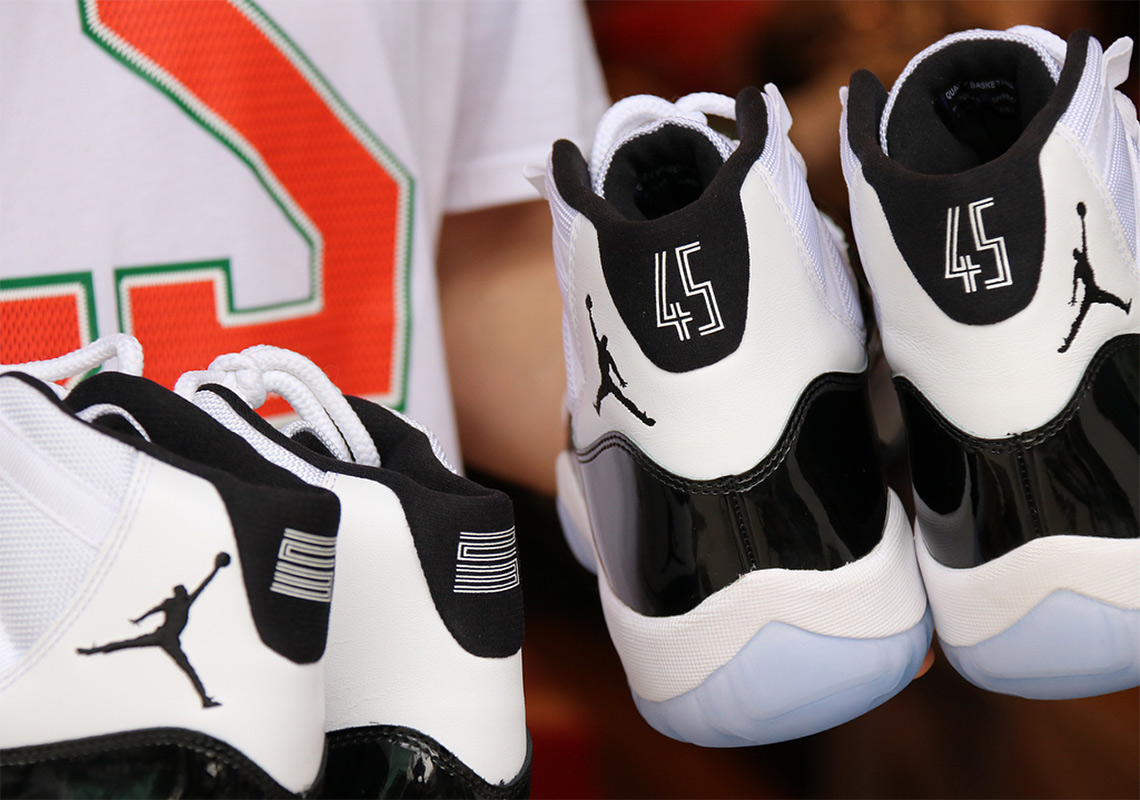 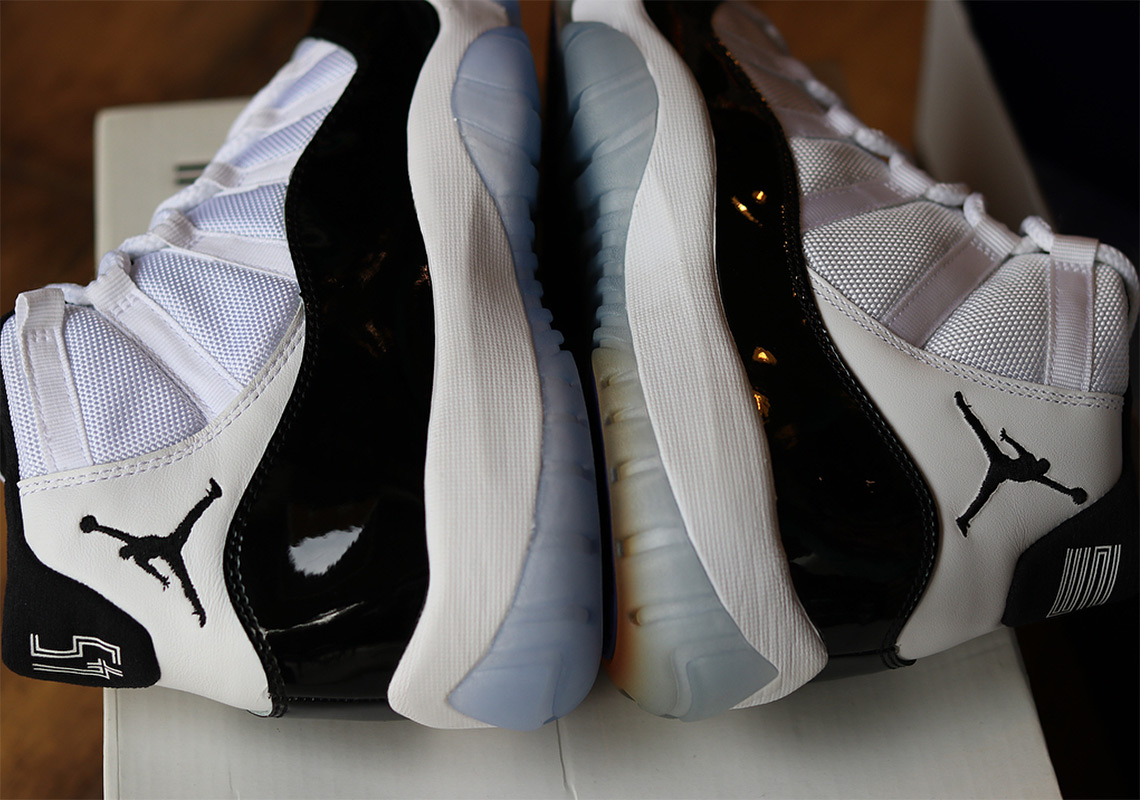 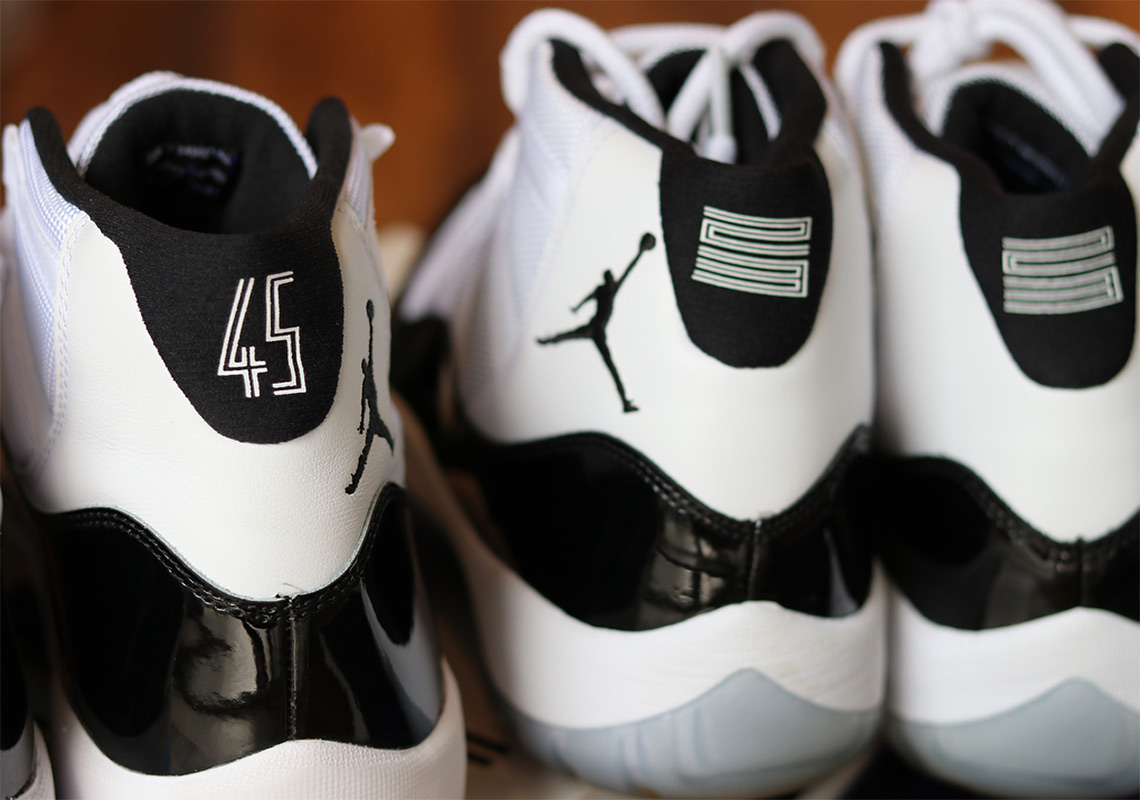 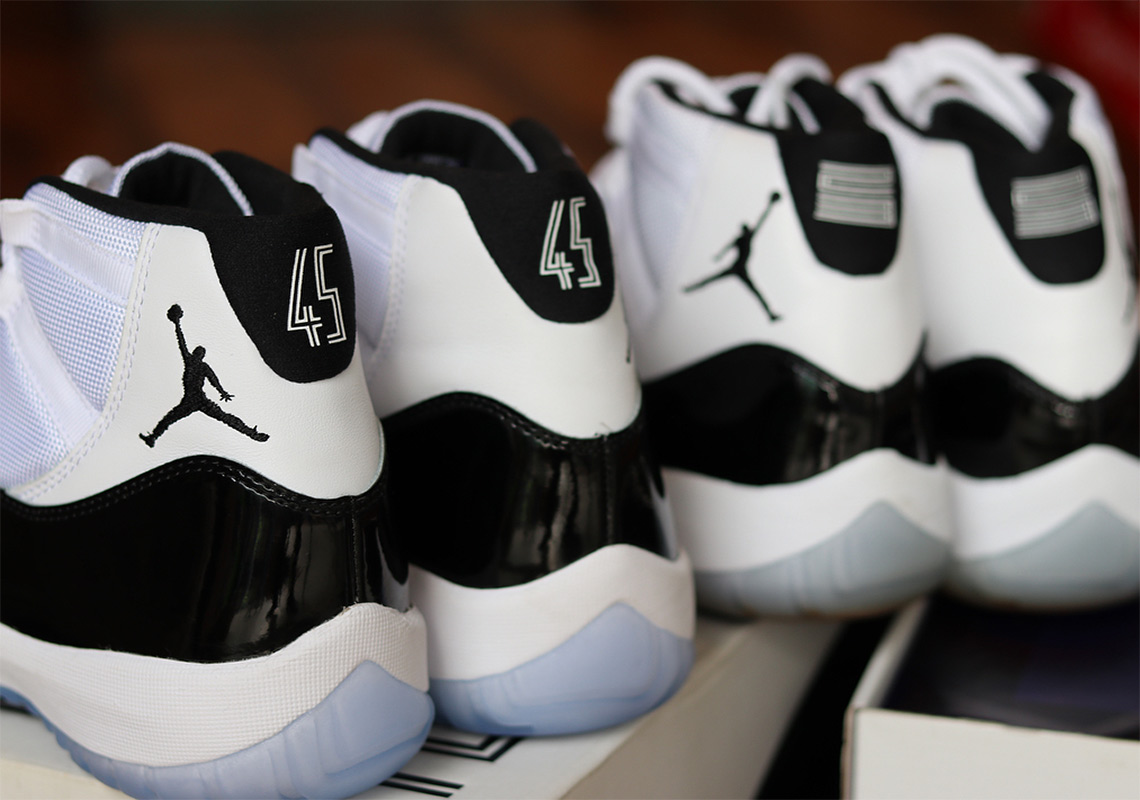 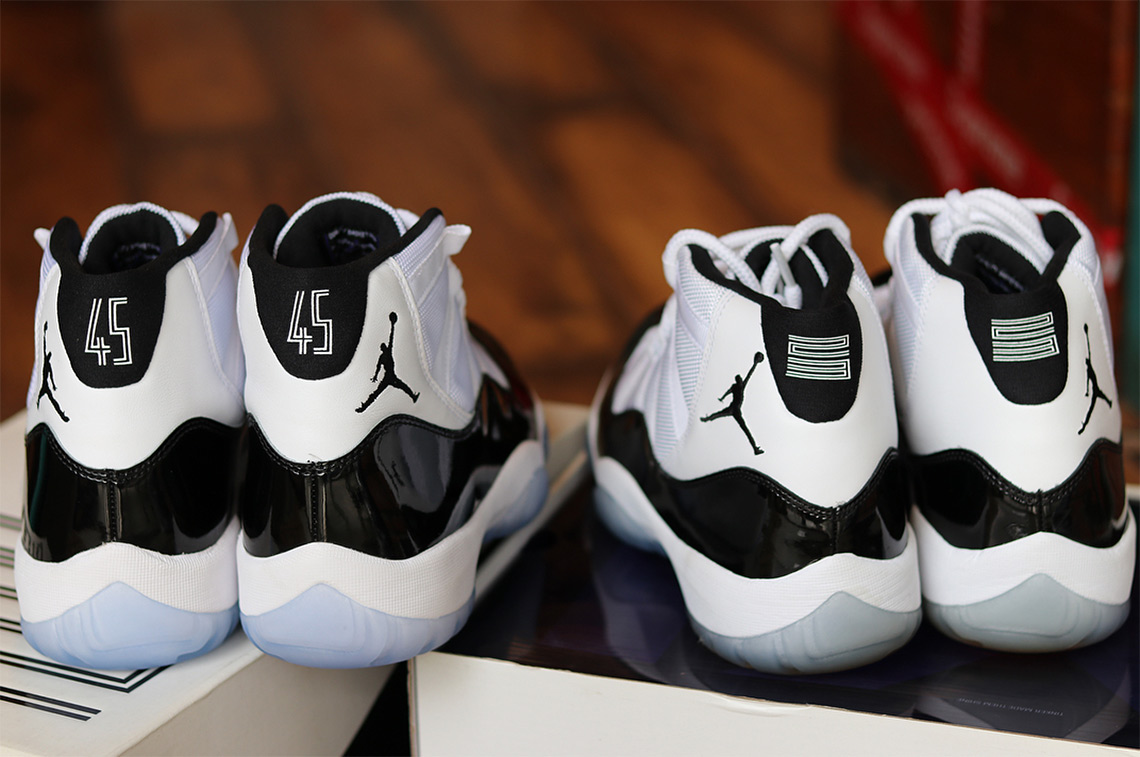