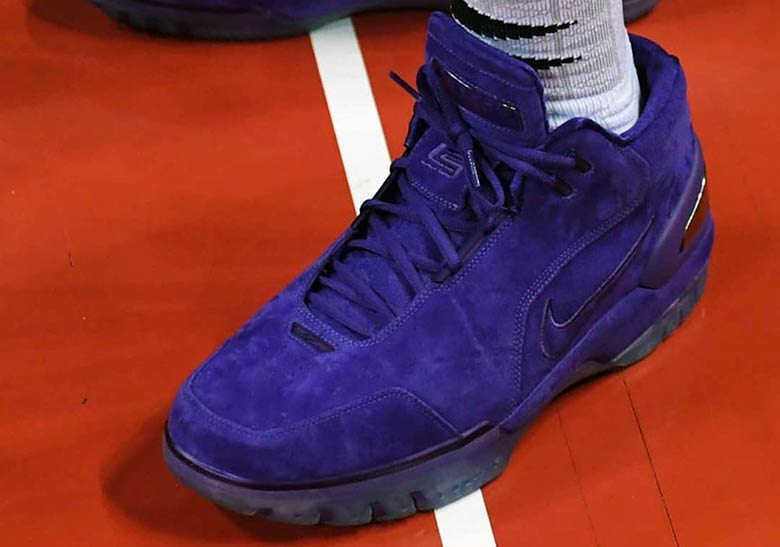 The NBA’s Las Vegas-based Summer League is in full swing. 2018 draft picks and fringe players are playing to ready themselves for the season—and in some cases hopefully earn a spot on a team—and many an active veteran has made a courtside appearance at the games, most noticeably new Laker LeBron James.

The King swung by the Thomas & Mack Center to check out some of his new teammates like Morritz Wagner and Josh Hart in action at a Lakers summer league game, all while sporting a unique pair of royal purple suede Nike Zoom Generations. First spotted on LeBron’s feet before game 3 of the NBA Finals, the shoes were a special 1-of-1 pair created by Nike designer Ben Kirchner, and are constructed of the same leather suede from NASCAR driver Denny Hamlin’s racing boots-rendering them completely fireproof. King James completed his outfit with a Lakers pair of Don C‘s Just Don shorts and a white RWTW tee.

Enjoy a look at LeBron’s 1-off kicks and fit below, and let us know how you think the Lake Show will fare in the stacked Western Conference this season as well.