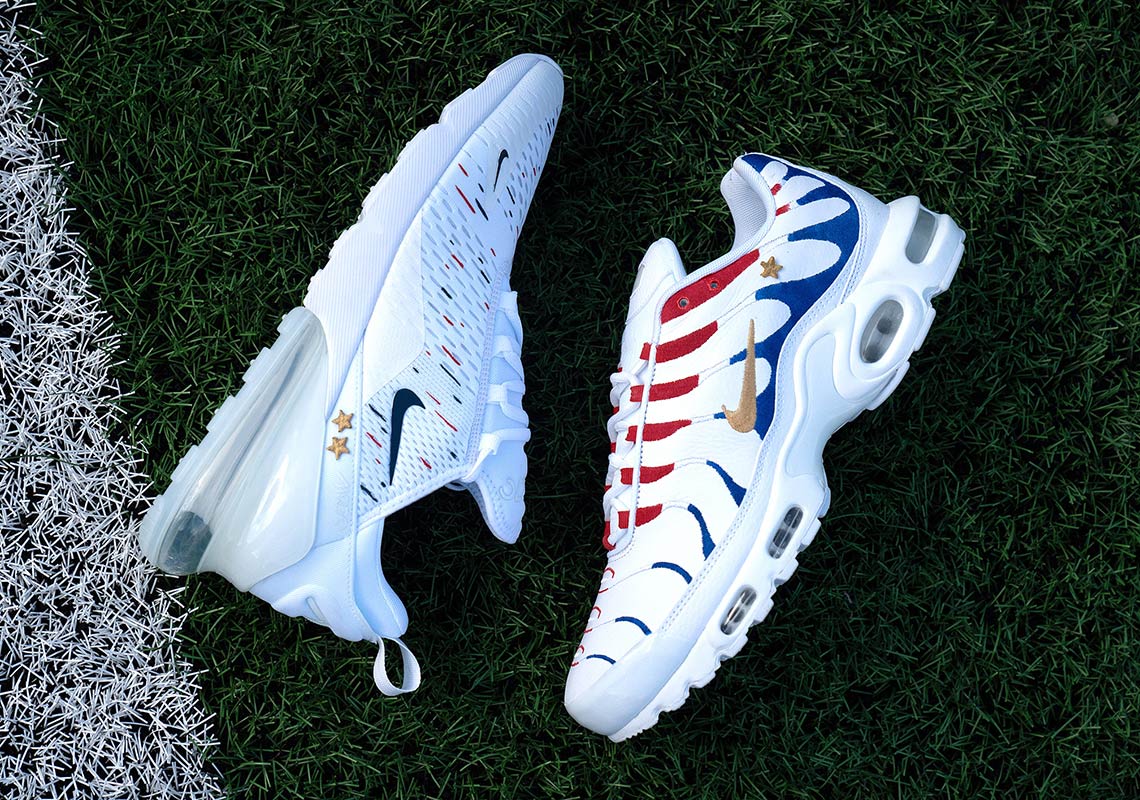 Every four years the 32 best international soccer teams from around the world meet to partake in the grandest tournament in all of sports – the World Cup. Each tournament, a young stud utilizes the stage as a catapult to take his career to the next level and popularize himself to fans around the globe. Four years ago in Brazil, it was Jamés Rodriguez, and this year in Russia, it was 19-year old French national Kylian Mbappé. Proving himself to be France’s top player in a year that they took home their second World Cup Trophy has Mbappé on pace to becoming one of the top footballers in the world before Les Bleus defends their title in Qatar. Not only is Mbappé a world class talent on the field, but he is equally impressive off the pitch, as he donated the entirety of his pay from the World Cup to Premiers de Cordée, an organization which offers free sports programs for disabled and hospitalized children.

In honor of Mbappé’s historic tournament – having scored four goals and becoming the first teenager to score in a final since legendary Brazil star, Pelé – Nike is hooking the teenage superstar up with a special Air Max package. Dubbed the “1998-2018” pack, it honors the two years France took home sport’s greatest prize, utilizing the Air Max Plus and the Air Max 270 as its banner. Meant to represent two golden eras of French football, the Air Max 270 – which debuted in 2018 – represents this year’s title and the Air Max Plus – which first hit shelves in ’98 – is made in honor of Thierry Henry, Zinedine Zidane, and the Bleus of 20 years ago.

Aesthetically, the honeycombed construction of the 270 harkens back tho the speckled pigment of France’s away jerseys with two stars emulating their two memorable runs. Also dressed in white, the AM Plus more predominantly features the blue and red of the French flag, while boasting just the first celebratory star in a regal gold hue. Finished off with special edition packaging that includes “1998-2018” and a French Flag on its translucent cover, as well as both World Cup-winning stars, this is undoubtedly one of the most complete commemorative packs the Swoosh has put together in recent memory. 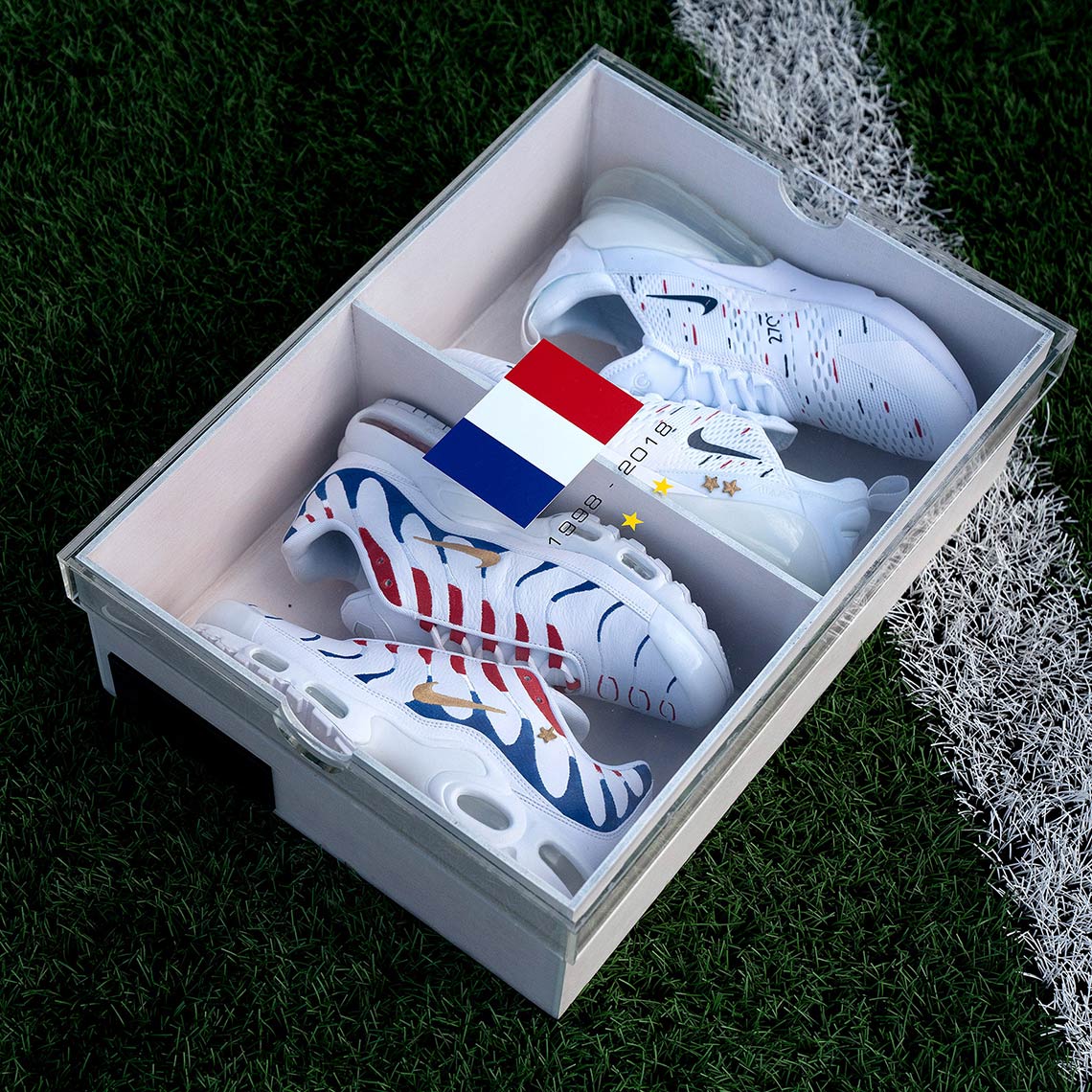 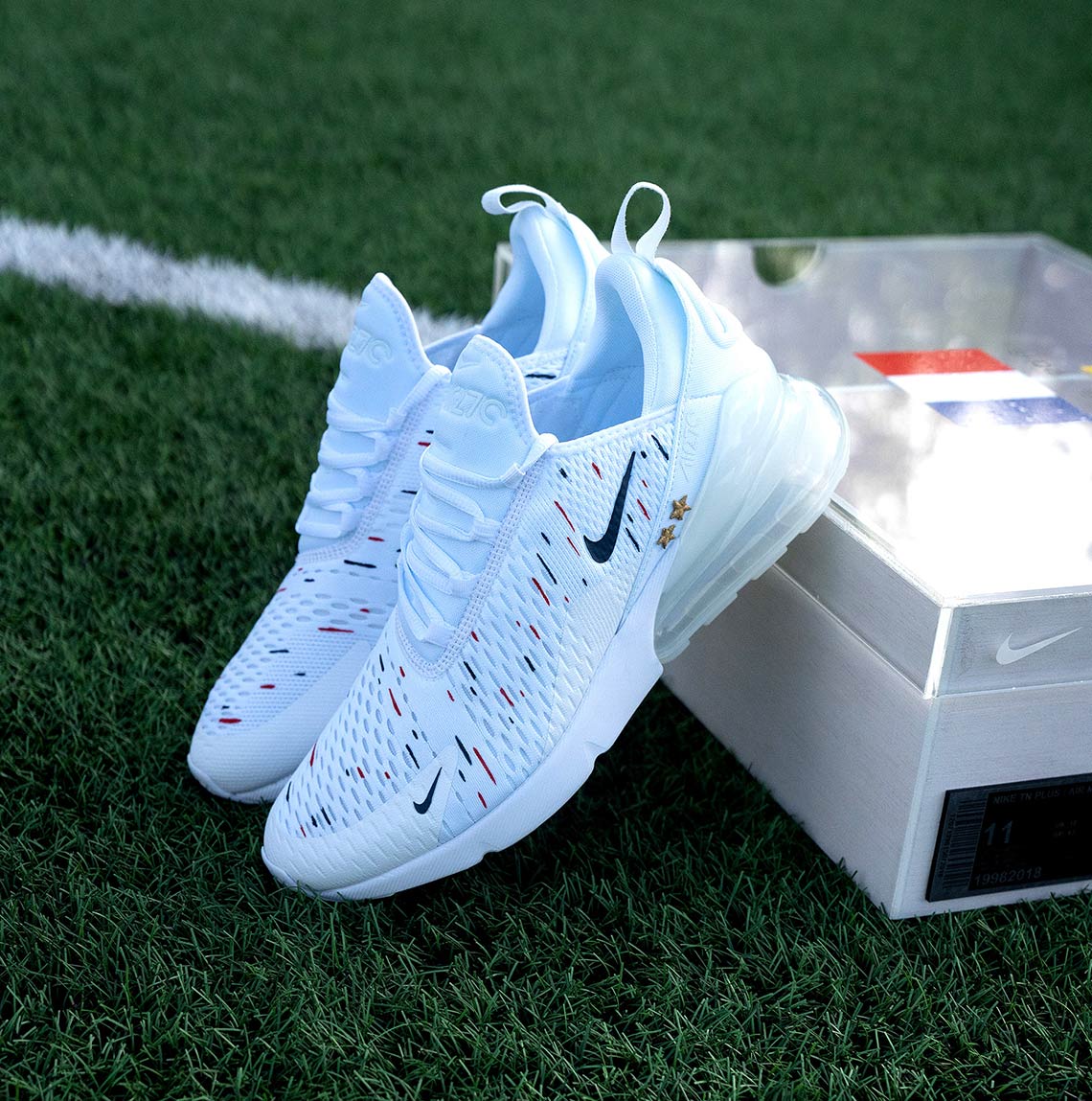 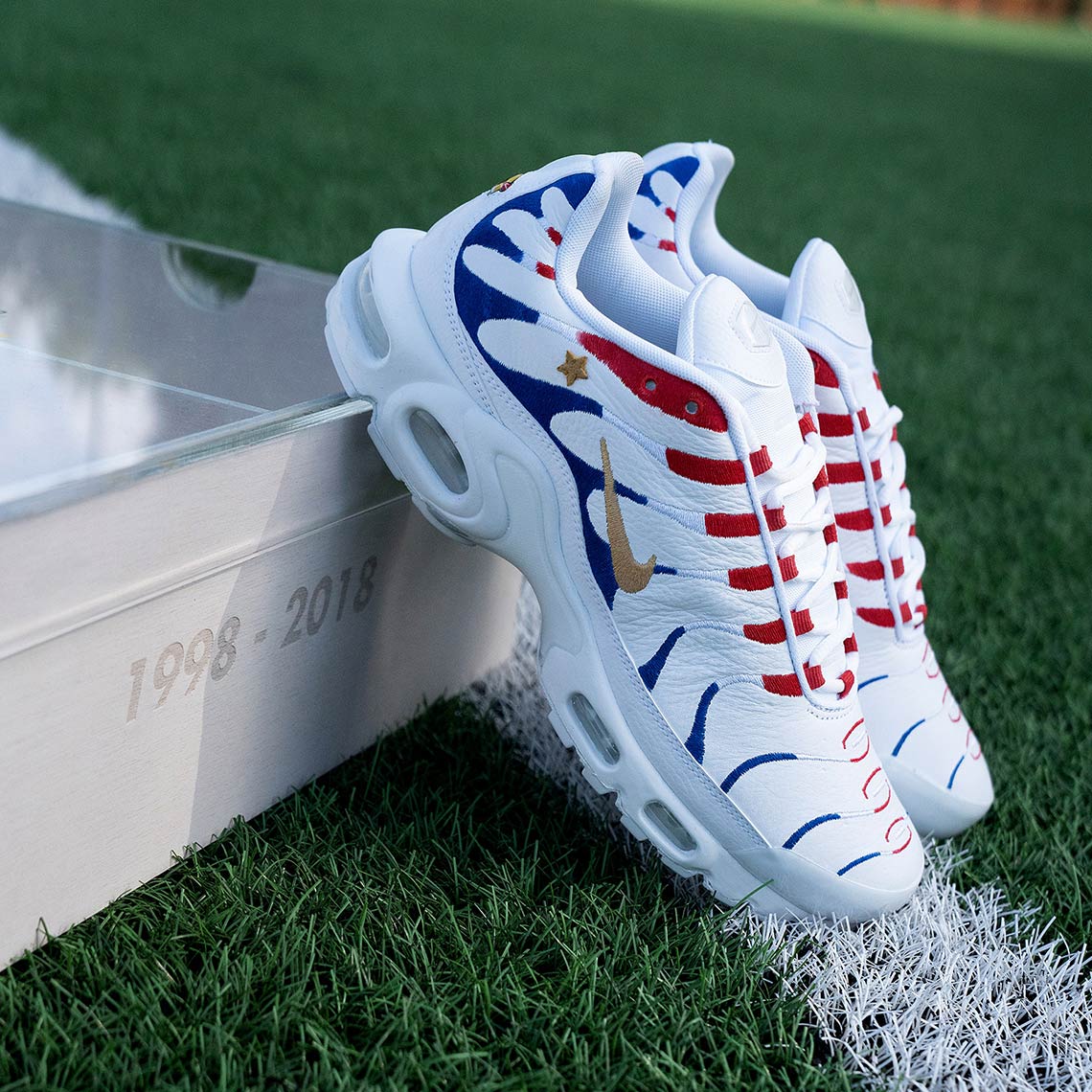 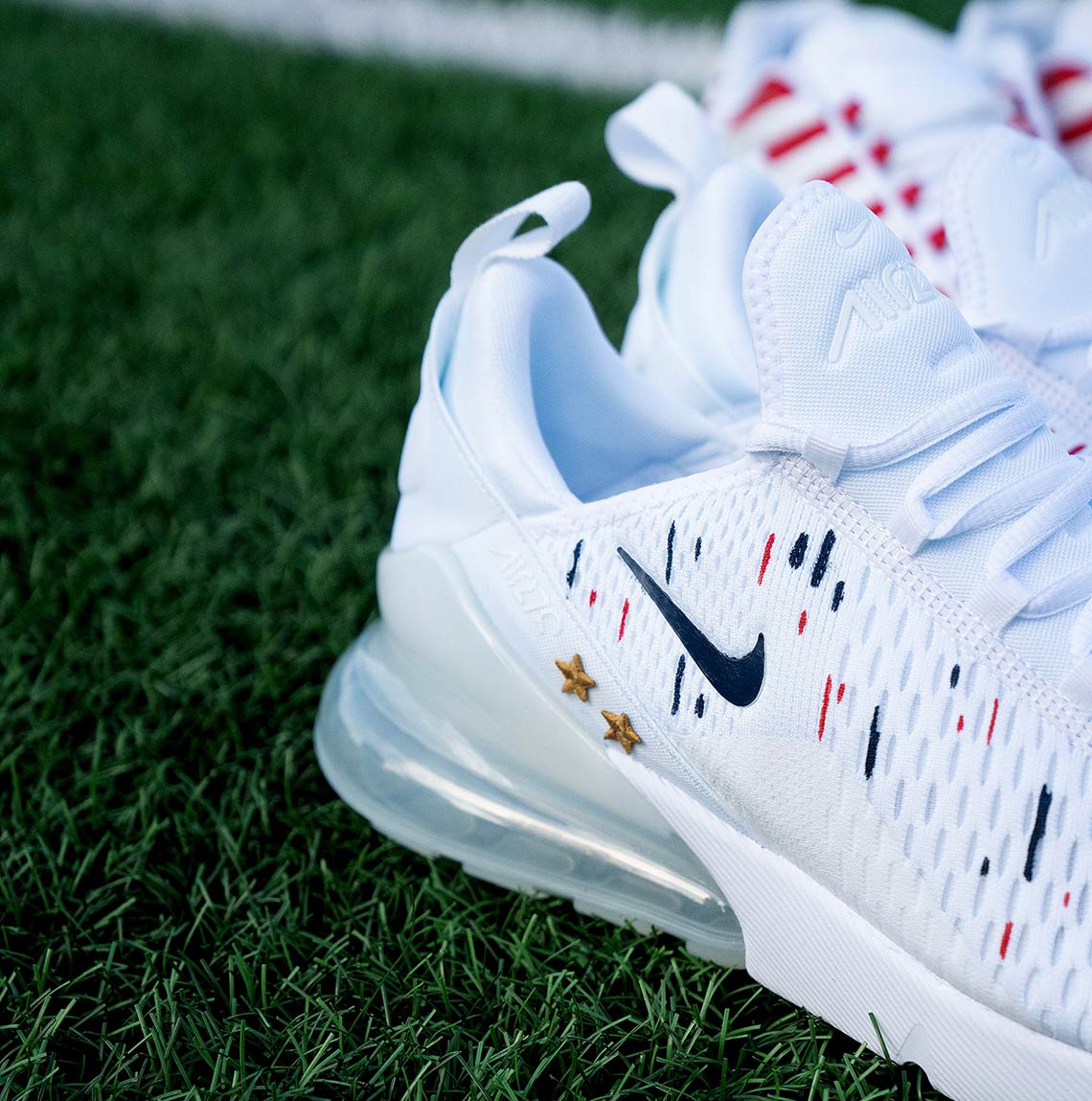 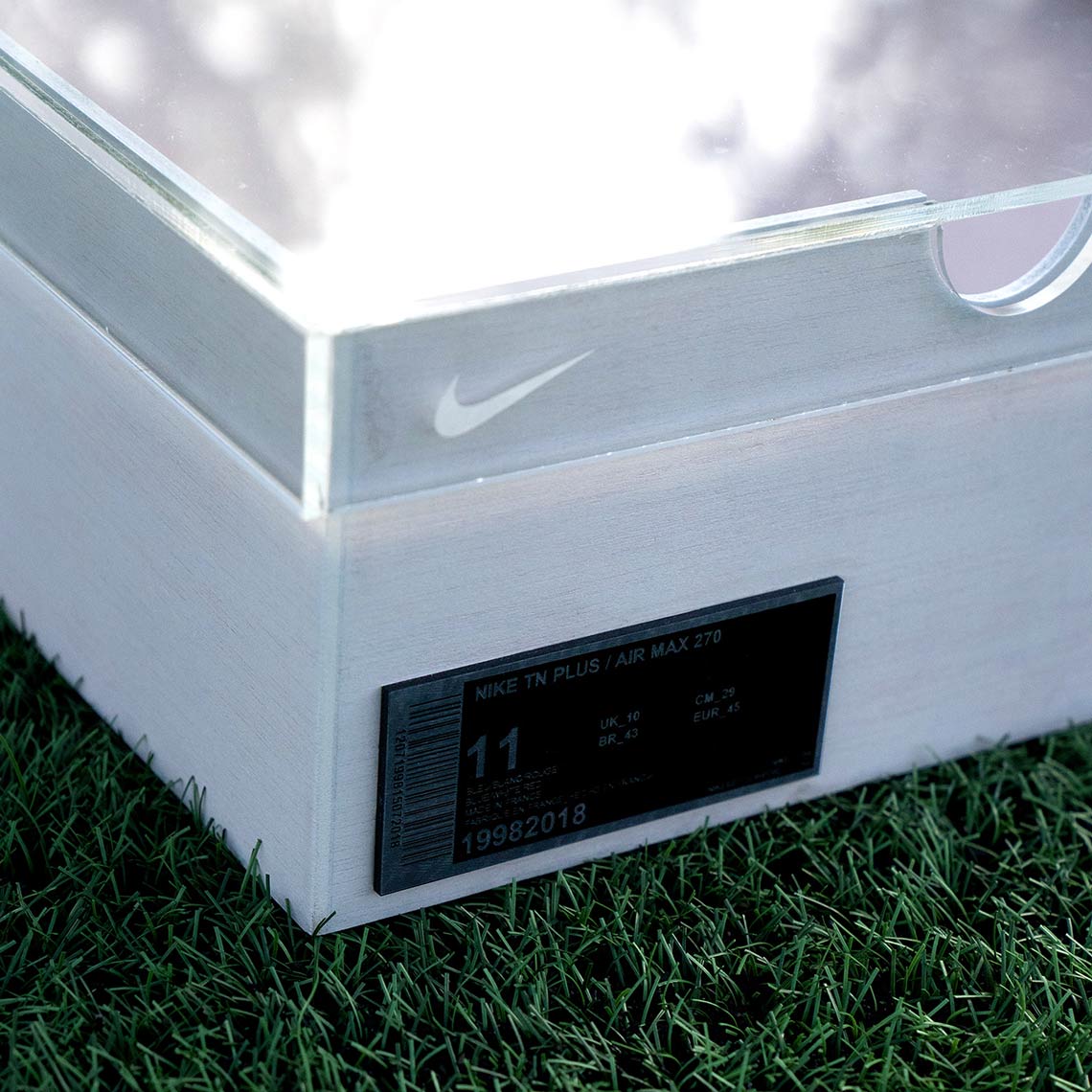