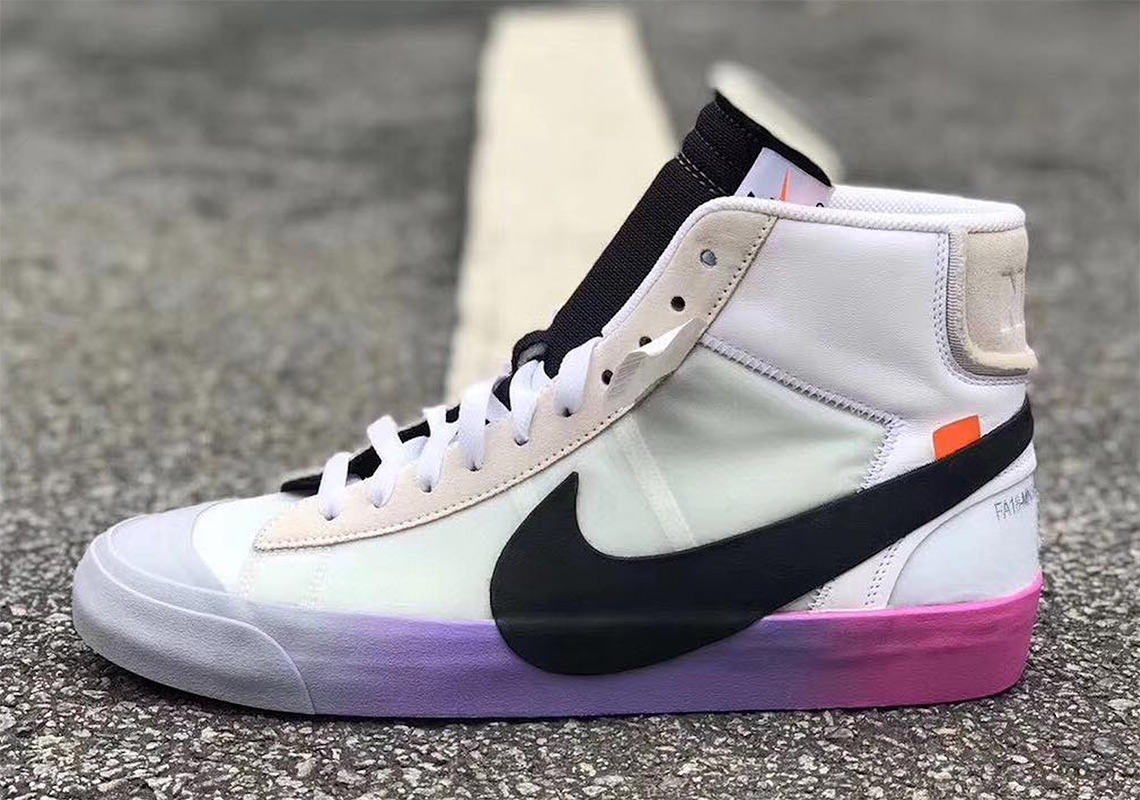 Is Virgil Abloh And Off-White Releasing A Nike Blazer With Rainbow Soles?

Virgil Abloh’s second wave of collaborative Nike sneakers is in full swing, as we are currently sandwiched in between the second and third Presto drop, and are just over two months removed from the return of the Vapormax. One of the most talked about Off-White sequels has undoubtedly been the Blazer, that has since gone on to become of the heroes of the initial “The Ten” collection. While we have already seen a black, white, yellow, and grey version of the skate-ready silhouette surface, today we have a first look at the loudest potential version yet. Its upper keeps things nice and simple with a white and black construction equipped with Virgil’s signature medial text and lateral orange patch, but it is this Blazer’s sole that truly catches the eye. Equipped with a vibrant gradient patter, it starts with an electric pink at the heel and works its way through a regal purple toward a soft bush as it approaches the sneaker’s customary toecap.

Much like the rest of  the aforementioned Blazers that have surfaced, there has been no indication at this time whether this pair is currently slated for an arrival at retailers. Grab a first look at this colorful Off-White Blazer below and tell us if you think it should be released. While you wait, be sure to check out our where to buy list for this week’s Off-White Presto in white. 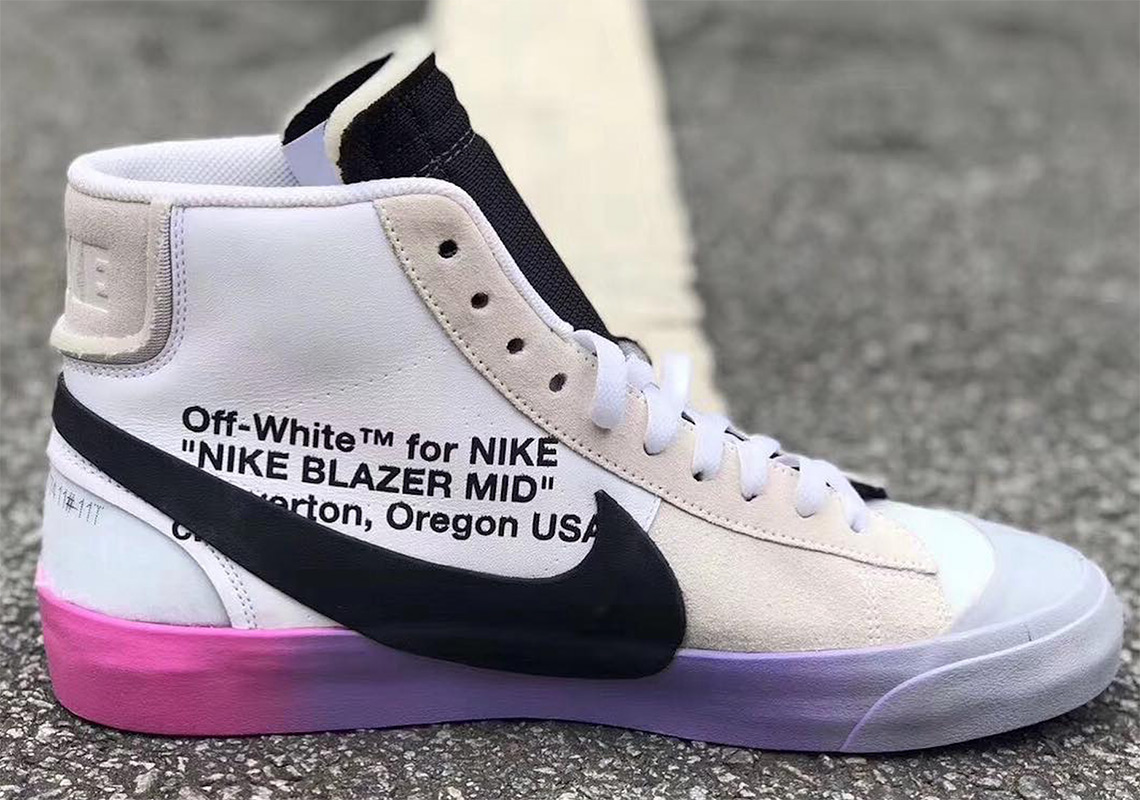 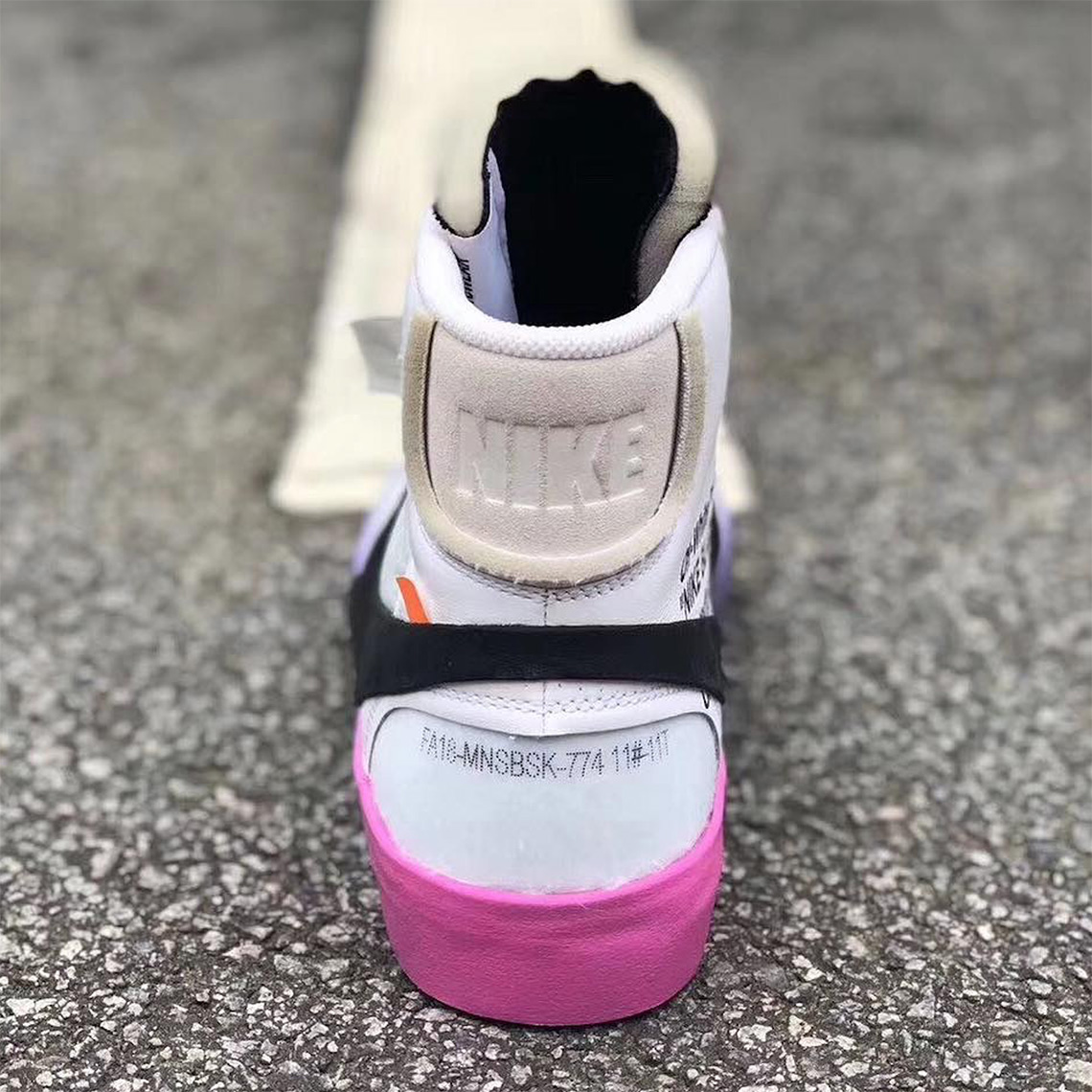