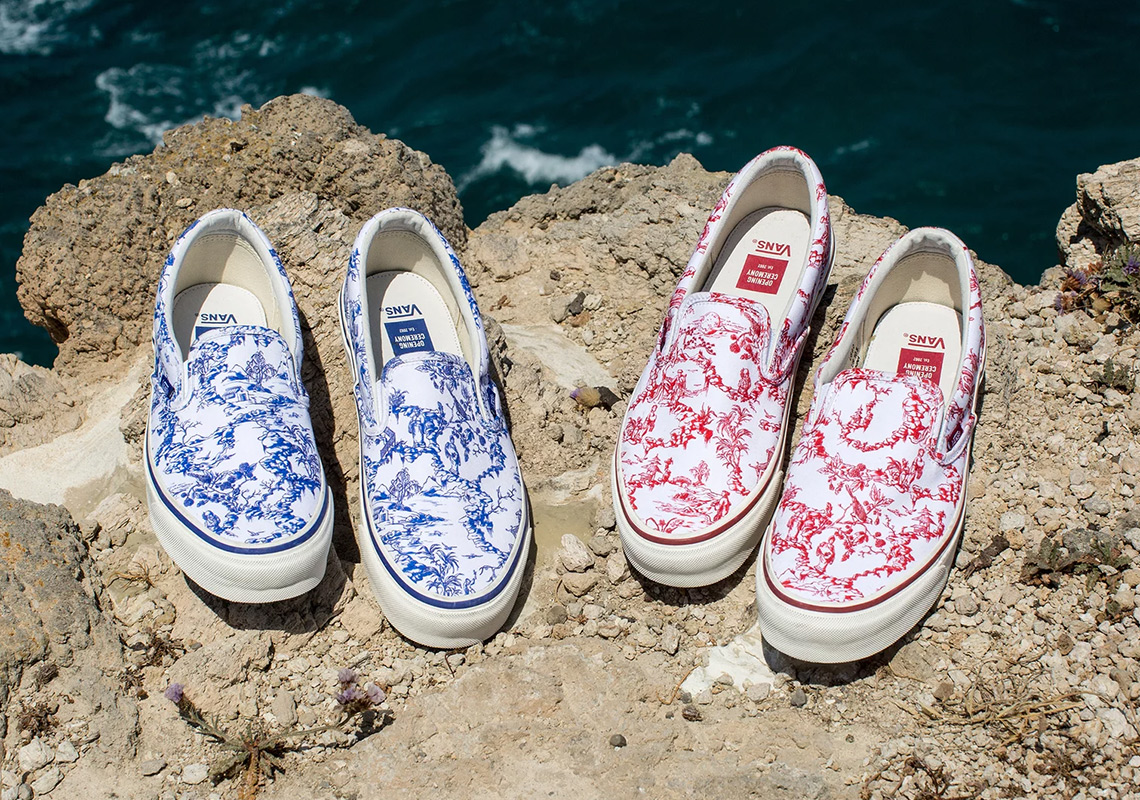 Frequent collaborative partners Vans and Opening Ceremony are back at it again with a duo of classic Vans Slip-Ons entitled the “Chinoiserie” pack. The fitting name nods to the evocation of Chinese motifs in Western design—an inspiration that’s readily apparent on this pack, as both shoes feature an arresting traditional style Chinese print full of flora and fauna. A marshmallow color is used as a base—nodding to traditional Chinese porcelain vases—and the aforementioned traditional print arrives in both a bright red and a royal blue. A contrasting midsole stripe, Vans tag on the lateral midfoot, and co-branded insoles offer small extra details, and each shoe is completed with a marshmallow midsole and classic Vans gum outsole. Both of these intricate new Slip-Ons are available now exclusively at Opening Ceremony for an economical $75 USD. 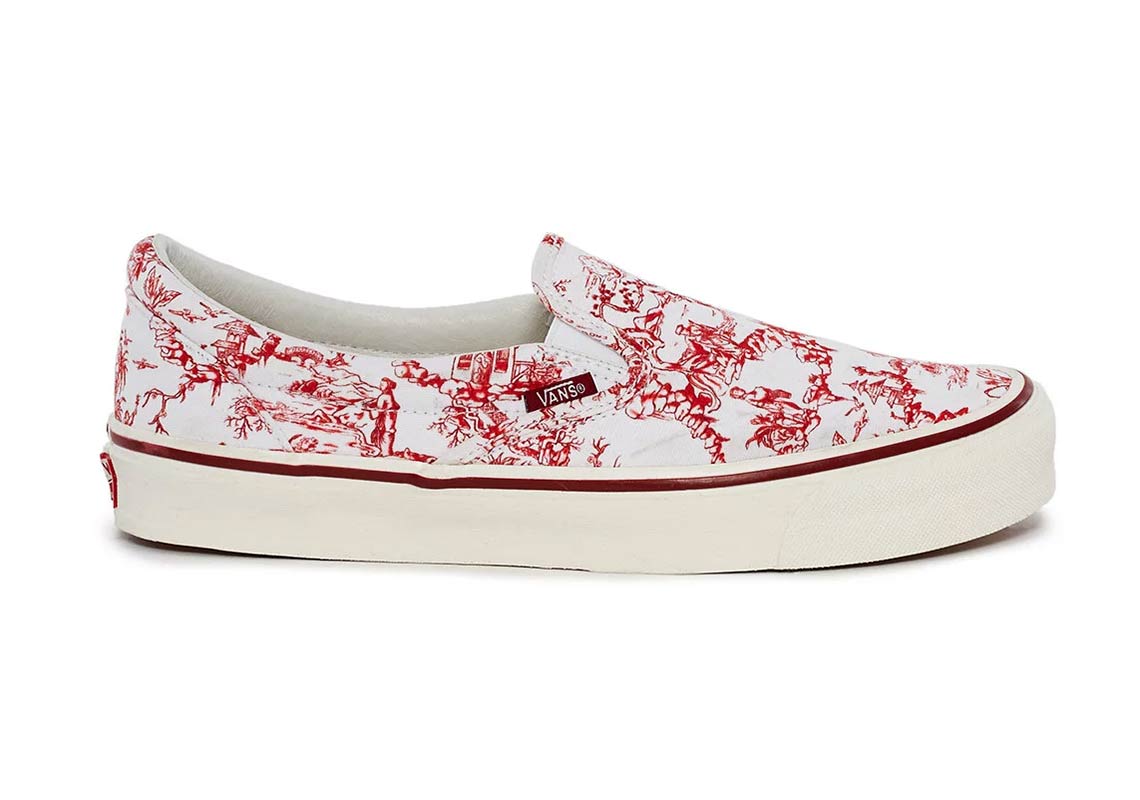 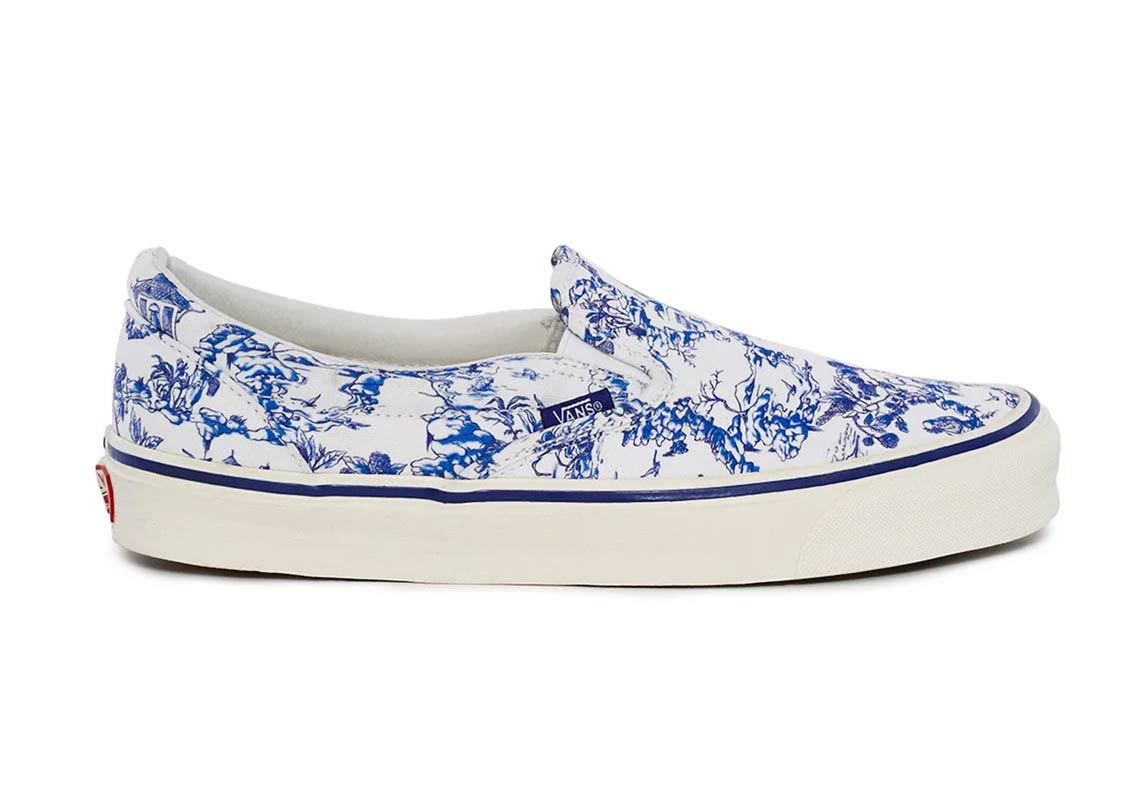 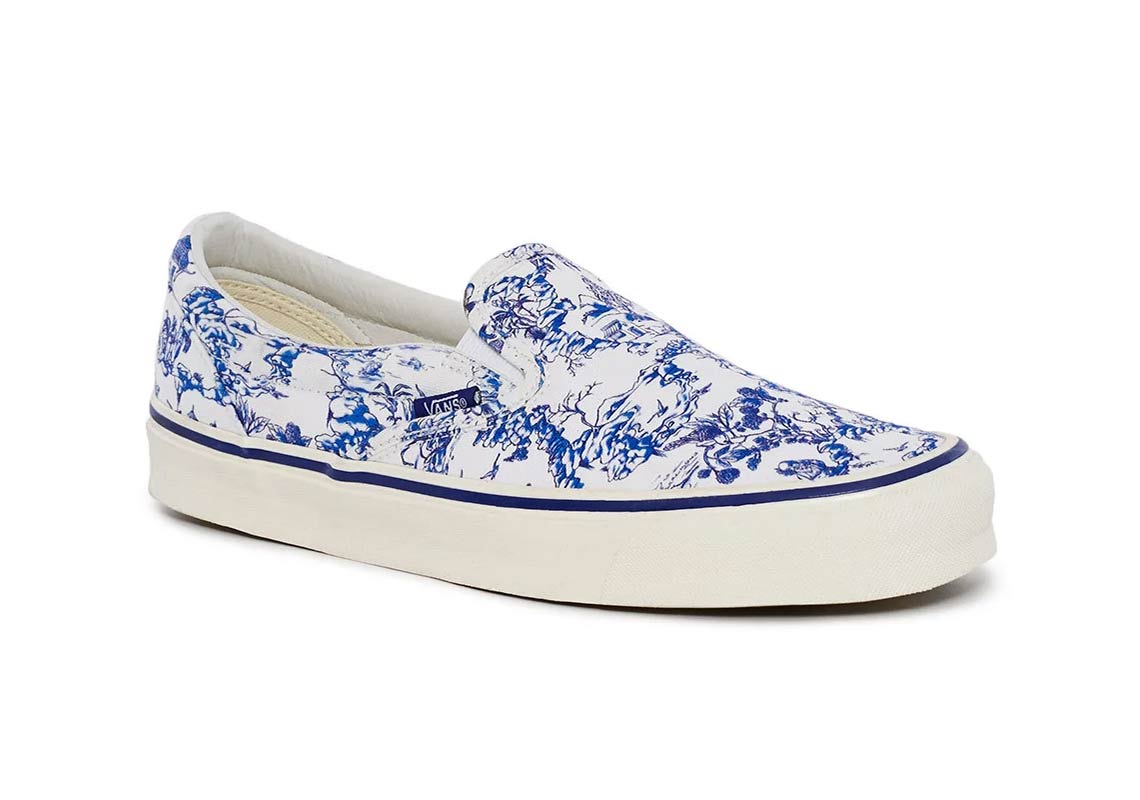 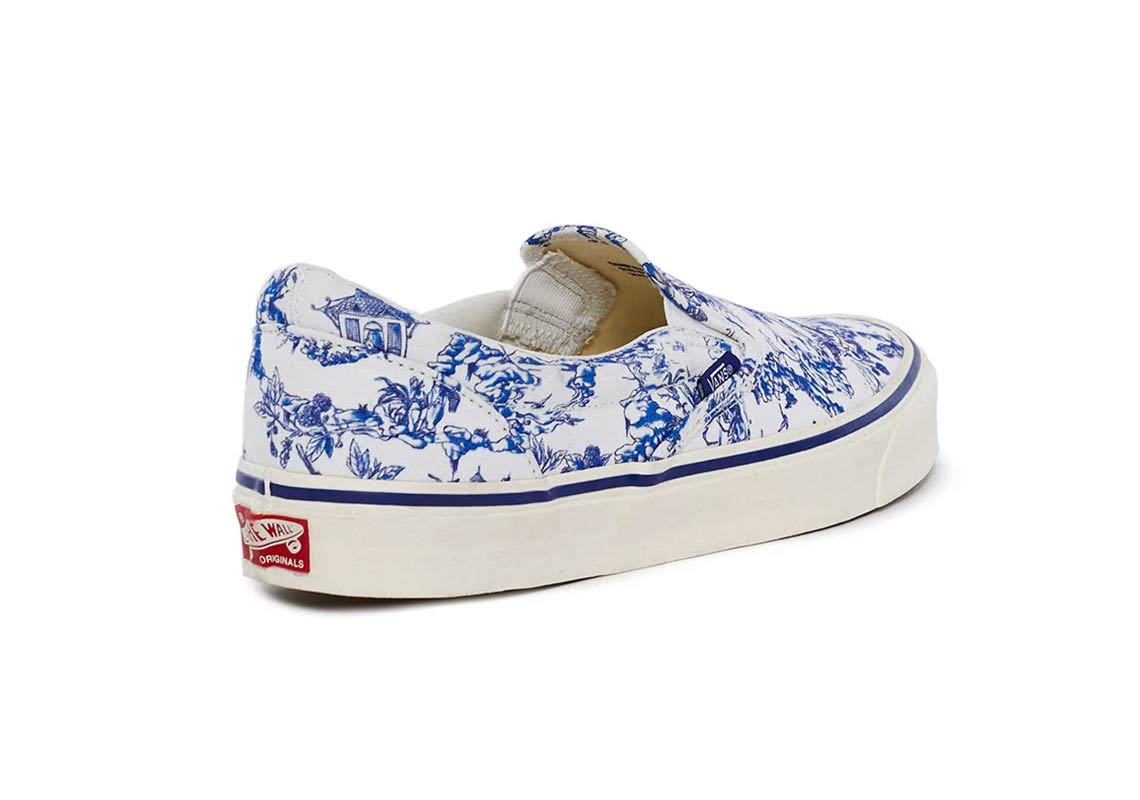 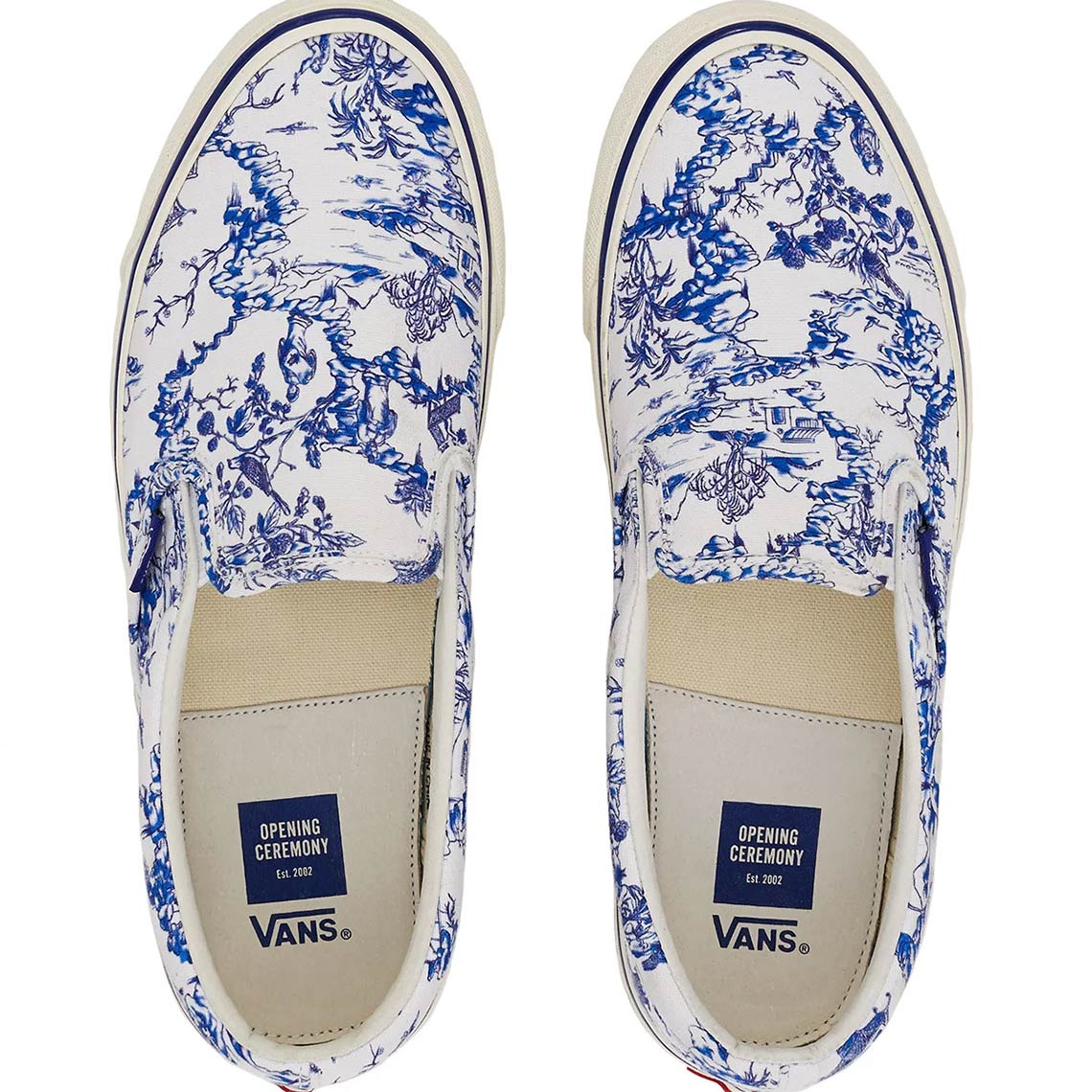 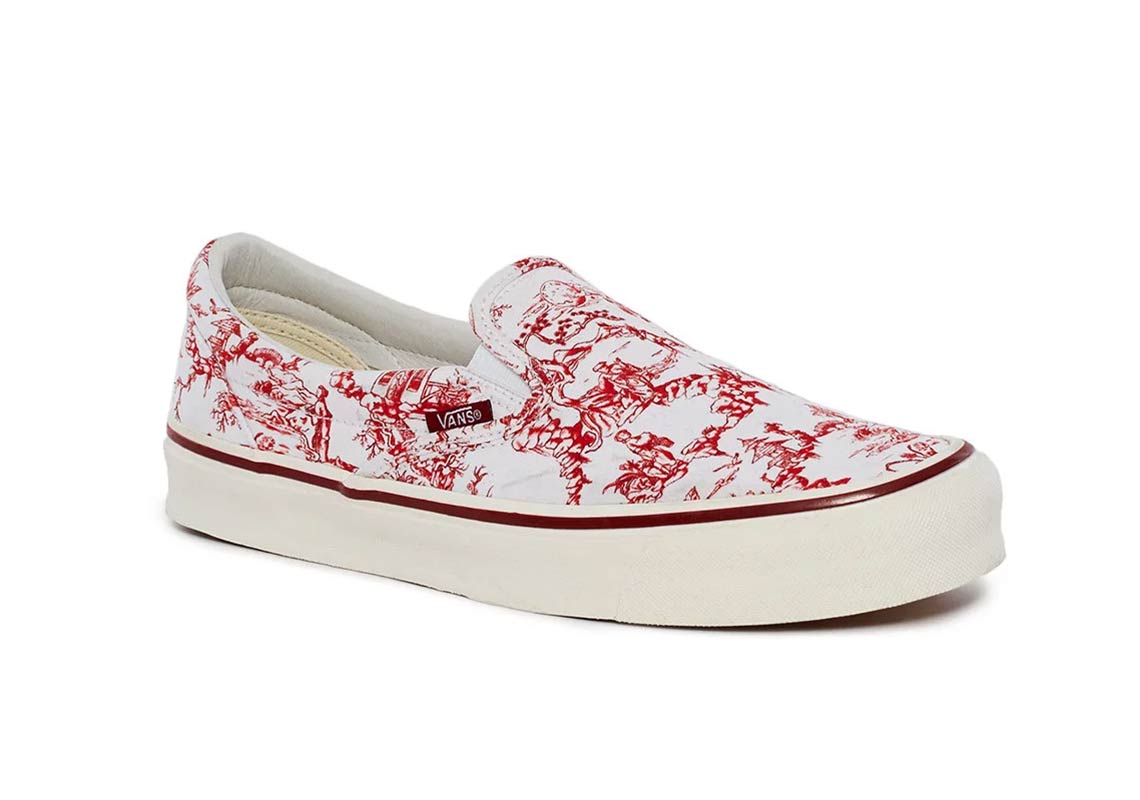 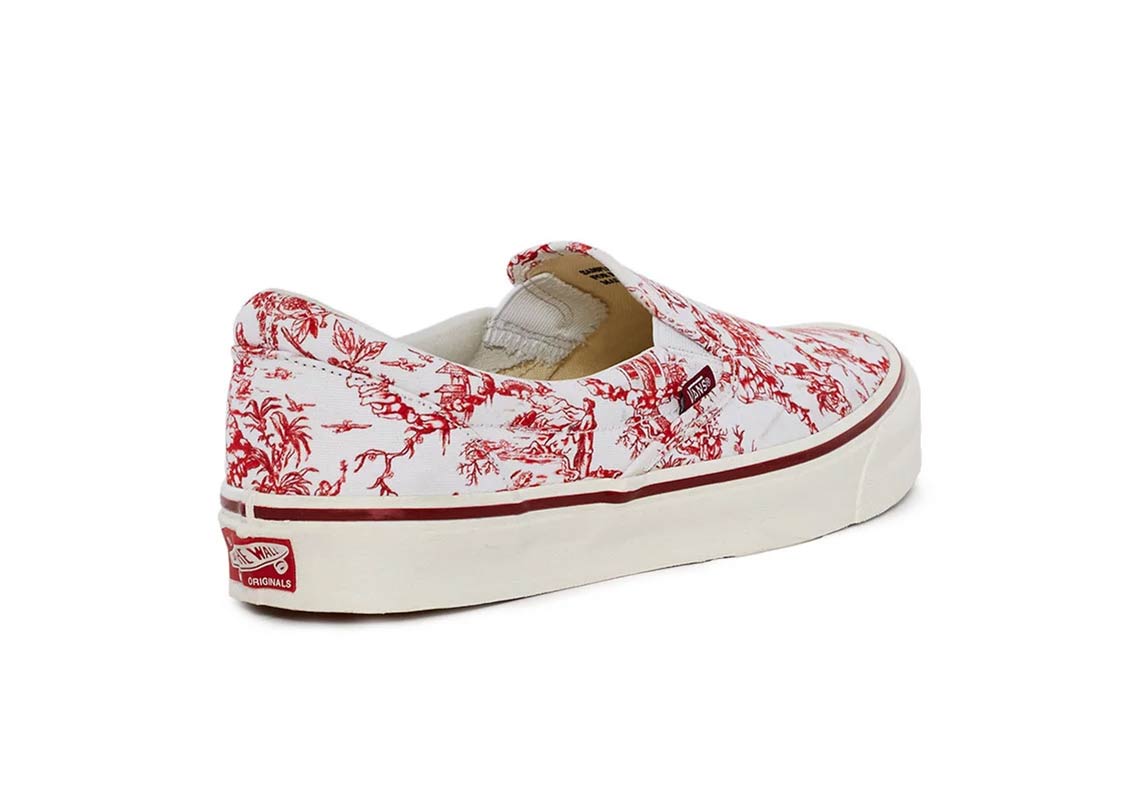 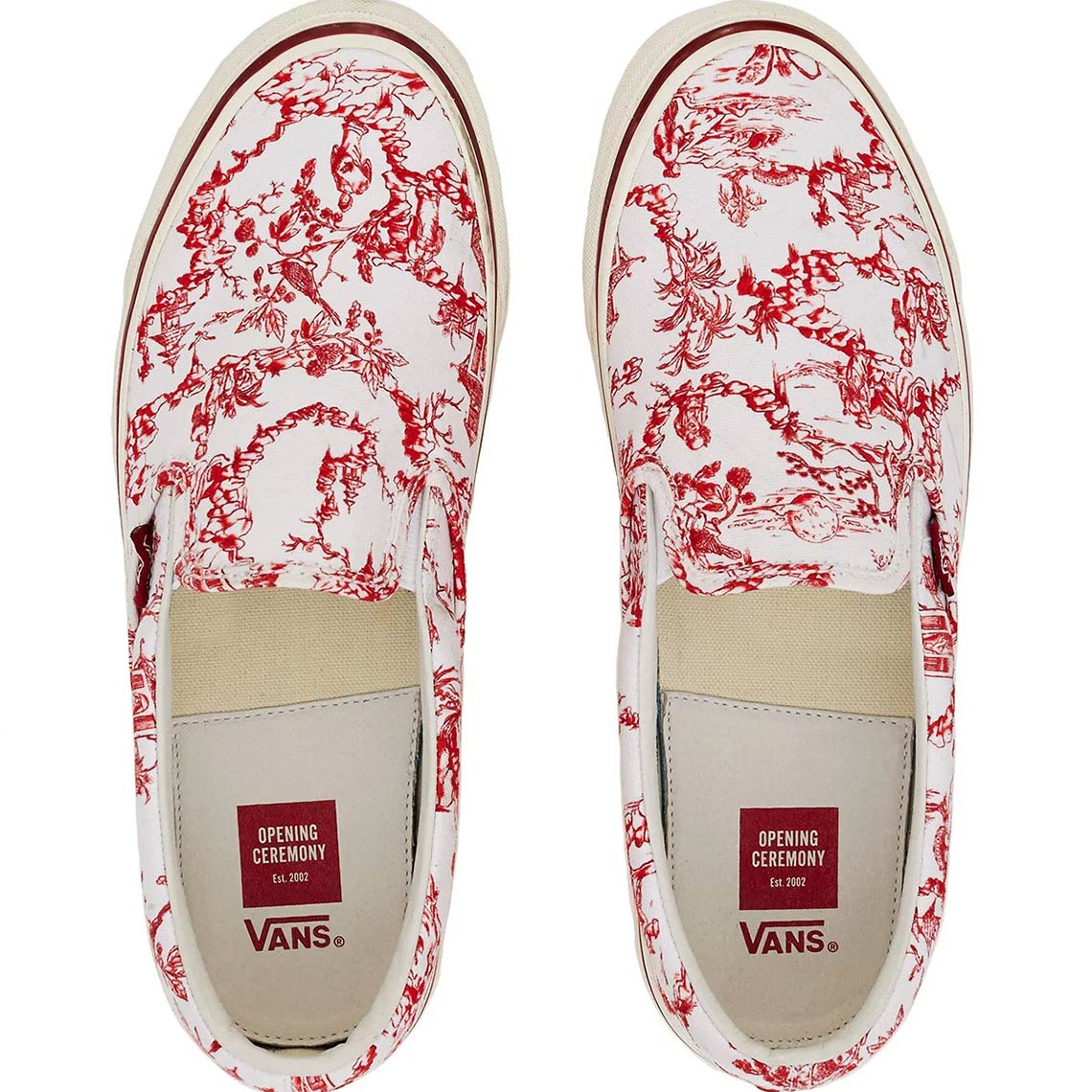