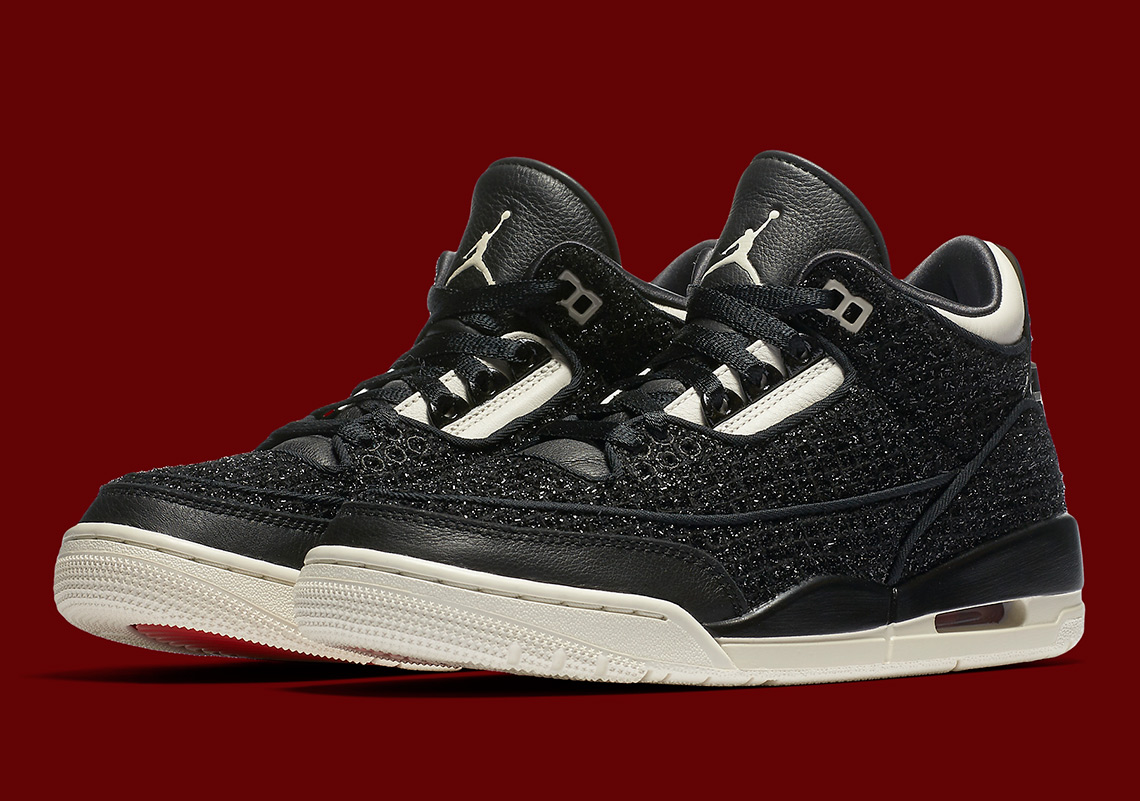 Having already collaborated with the Jordan Brand on its first women’s collaboration earlier this Summer, the revolutionary fashion publication known as Vogue is set to reprise its role with the Jumpman with two installments of the Air Jordan 3. Paying homage to the legendary editor Anna Wintour, both Air Jordan 3 colorways equip her “A.W.O.K.” signature on the heel that represents her final seal of approval after carefully considering each month’s issue. Unlike the Air Jordan 1 High Zips from July that stuck to their customary leather construction, these two unprecedented offerings are highlight by a fabric inspired by Wintour’s wide array of tweed outfits and her glossy black sunglasses.

A sultry combination of red and black are the hero of this esteemed collection. One sports a a predominately black material peppered with white, while its partner pieces together red and black panels. “Edited By Vogue” hangtags replace the Jumpman-branded varieties that typically accompany this model, adding another custom touch to this finely-crafted collaboration.

See an official look at both Vogue x Air Jordan 3 “AWOK” selections below and look forward to their release on September 7th; sizing is exclusively in women’s.

Where to Buy: Air Jordan 3 AWOK 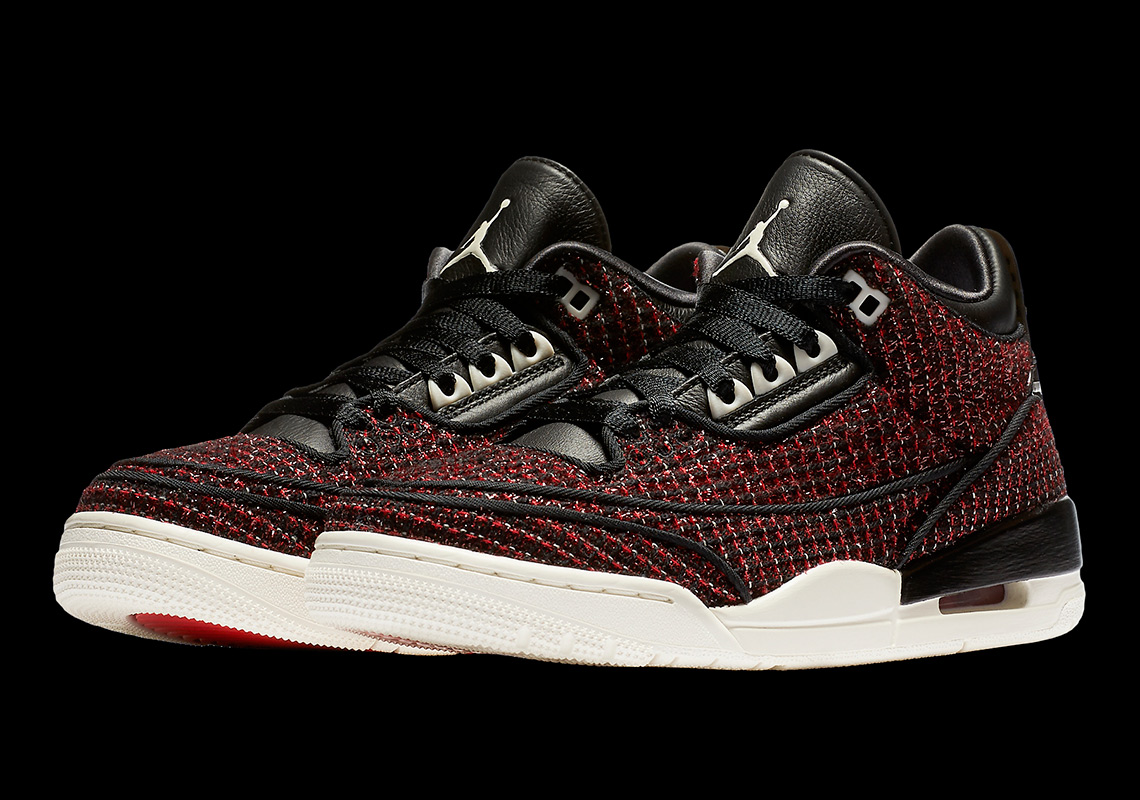 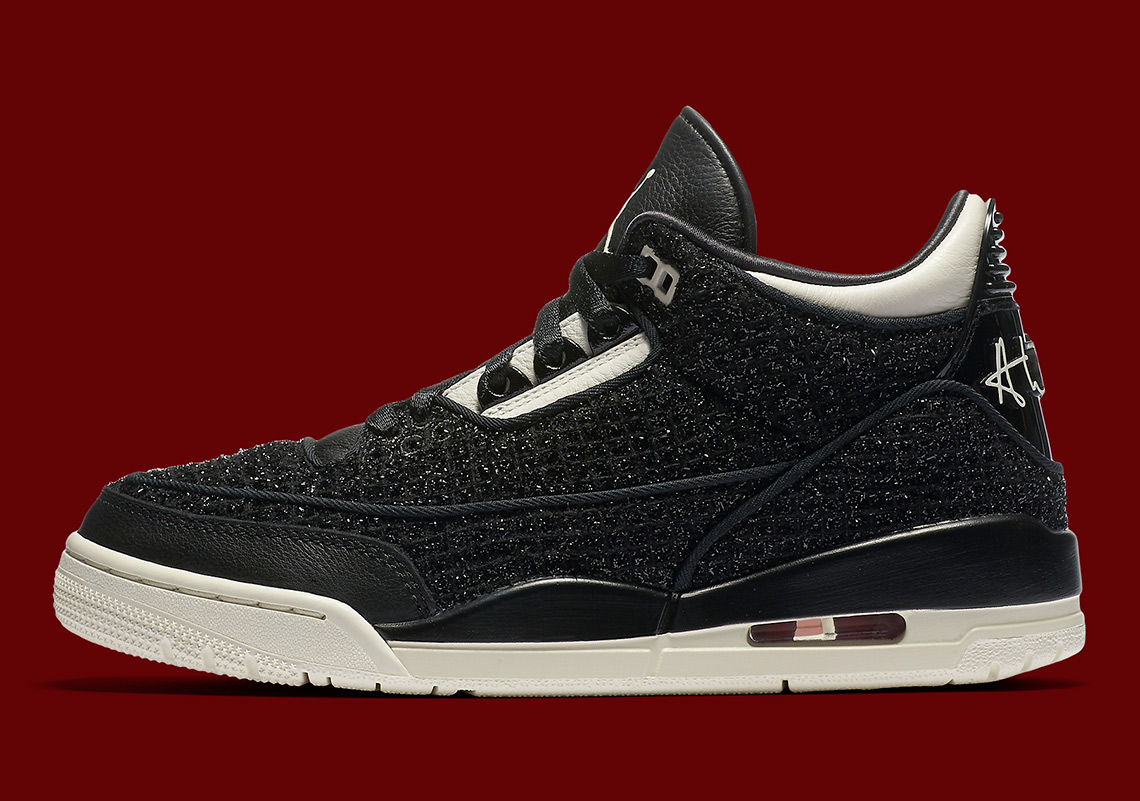 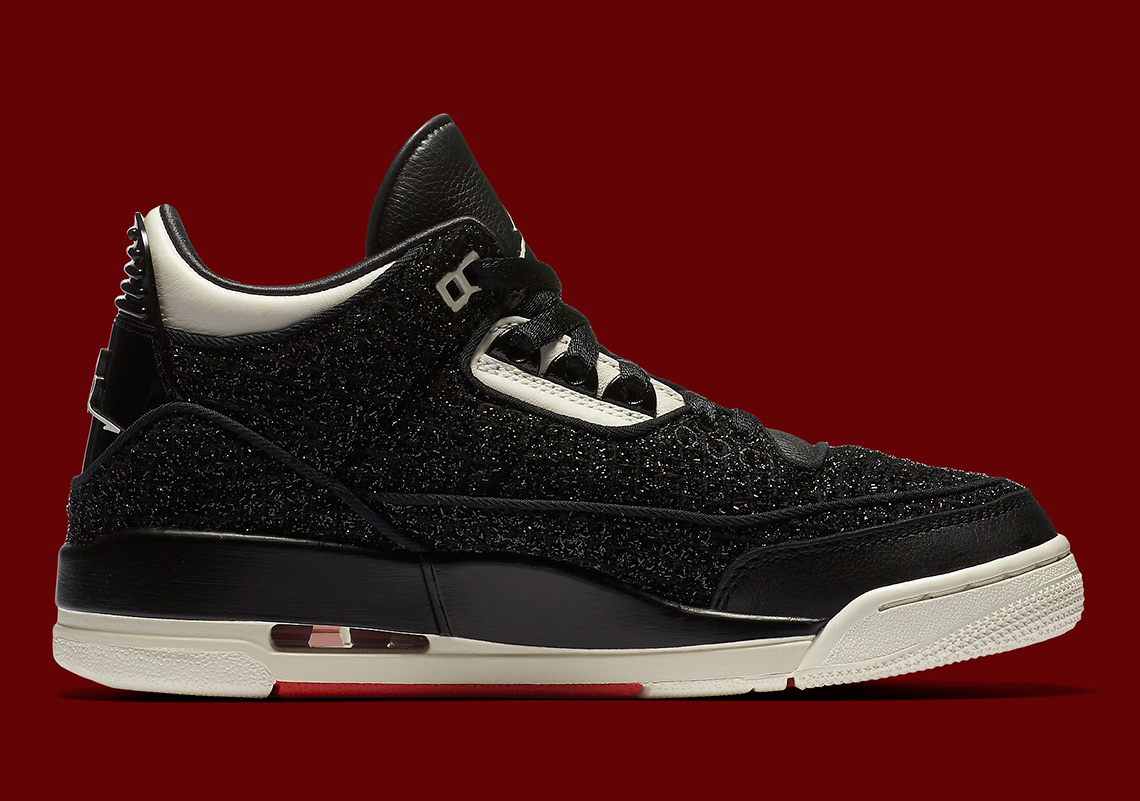 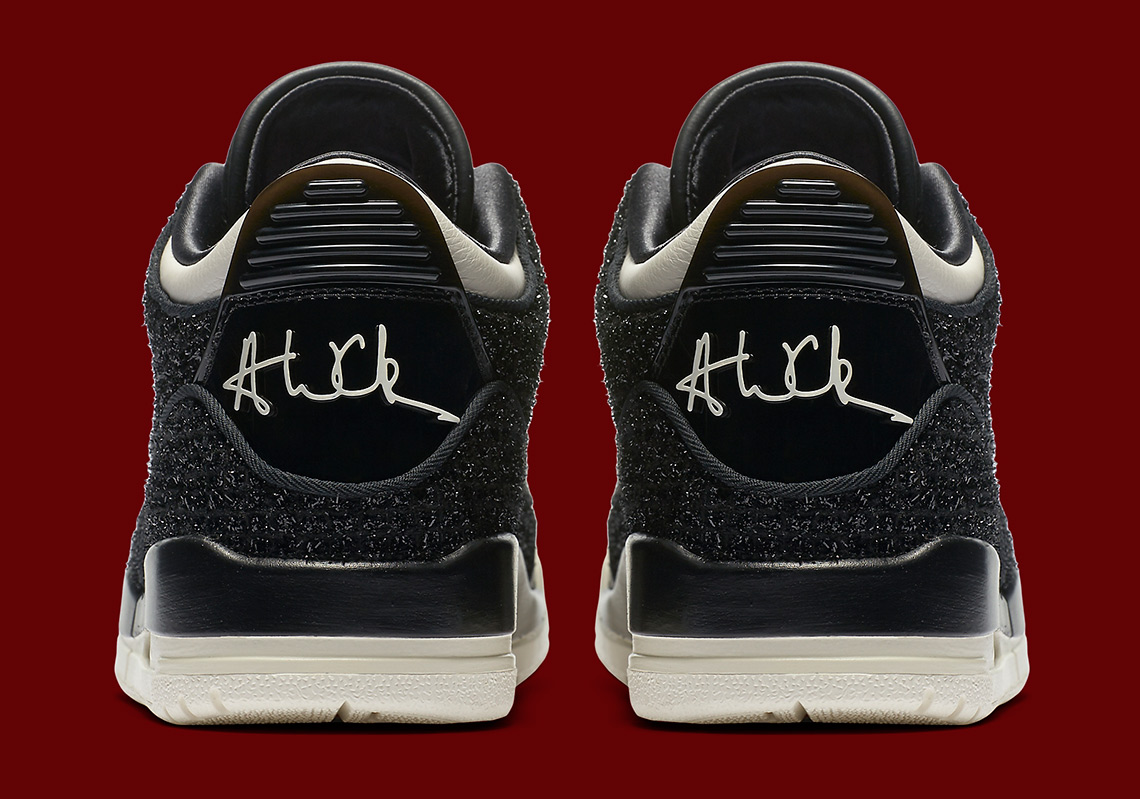 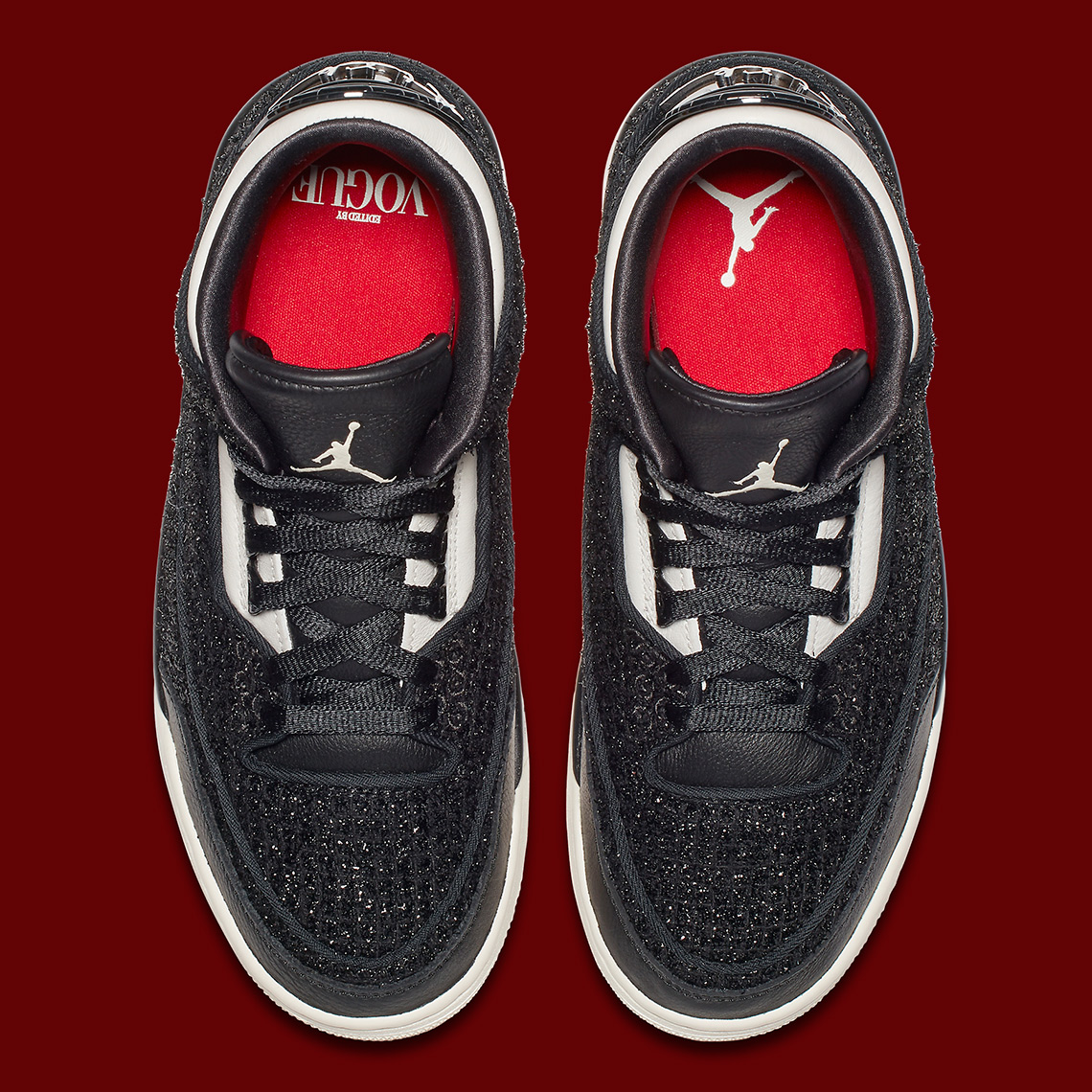 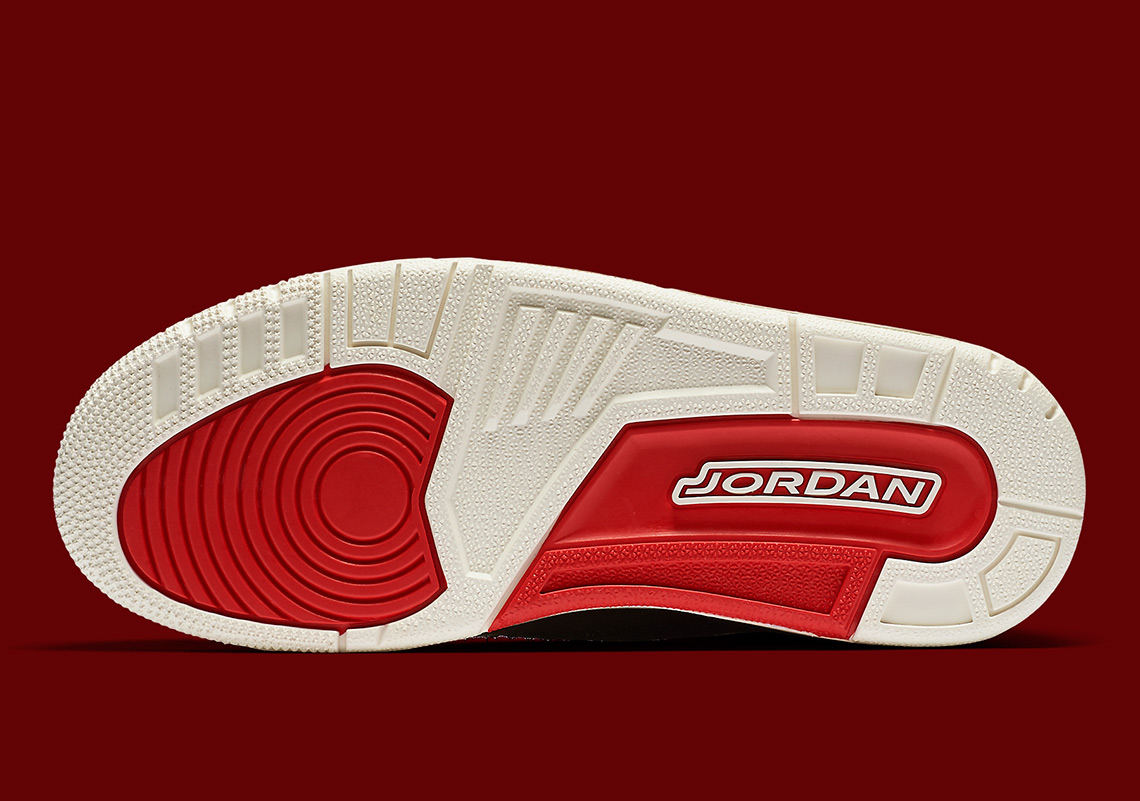 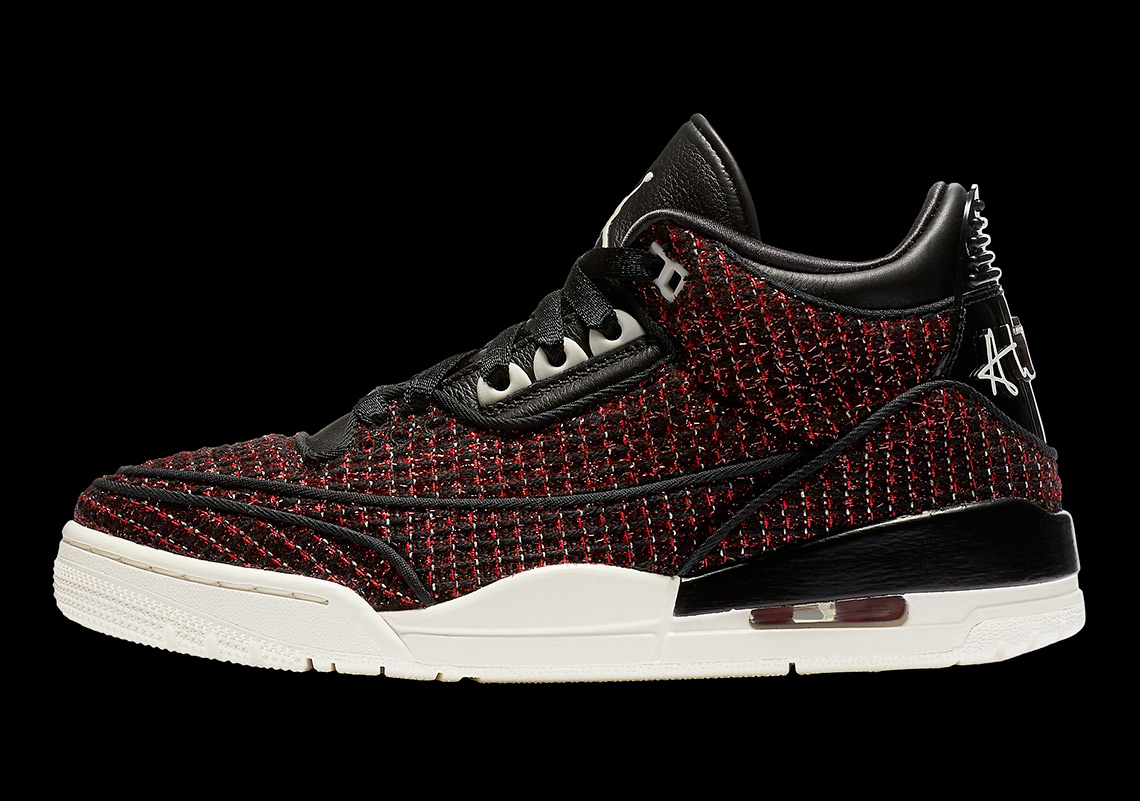 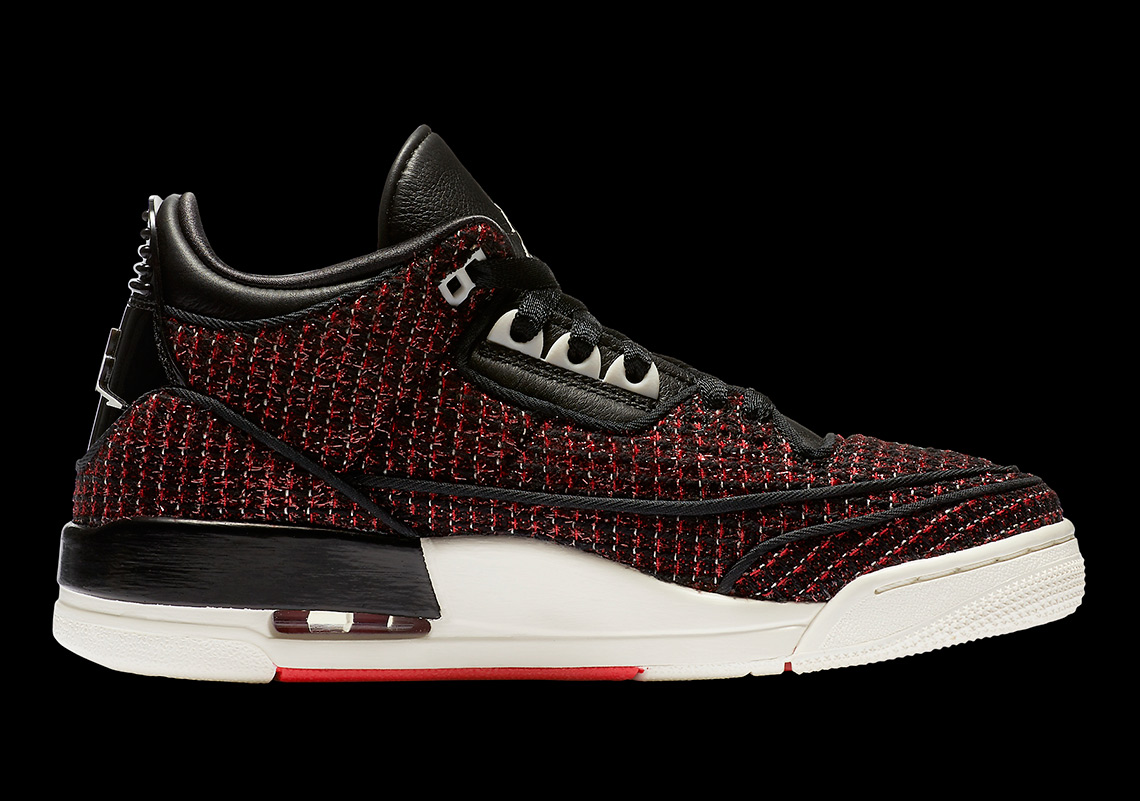 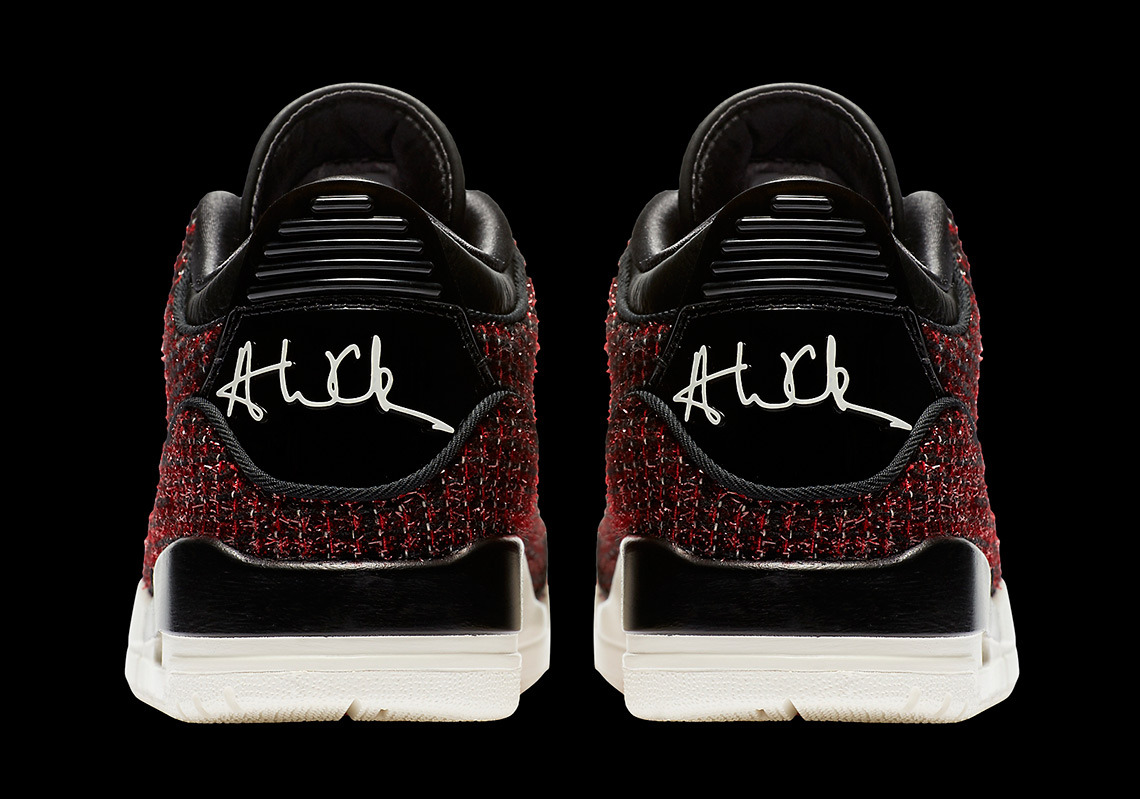 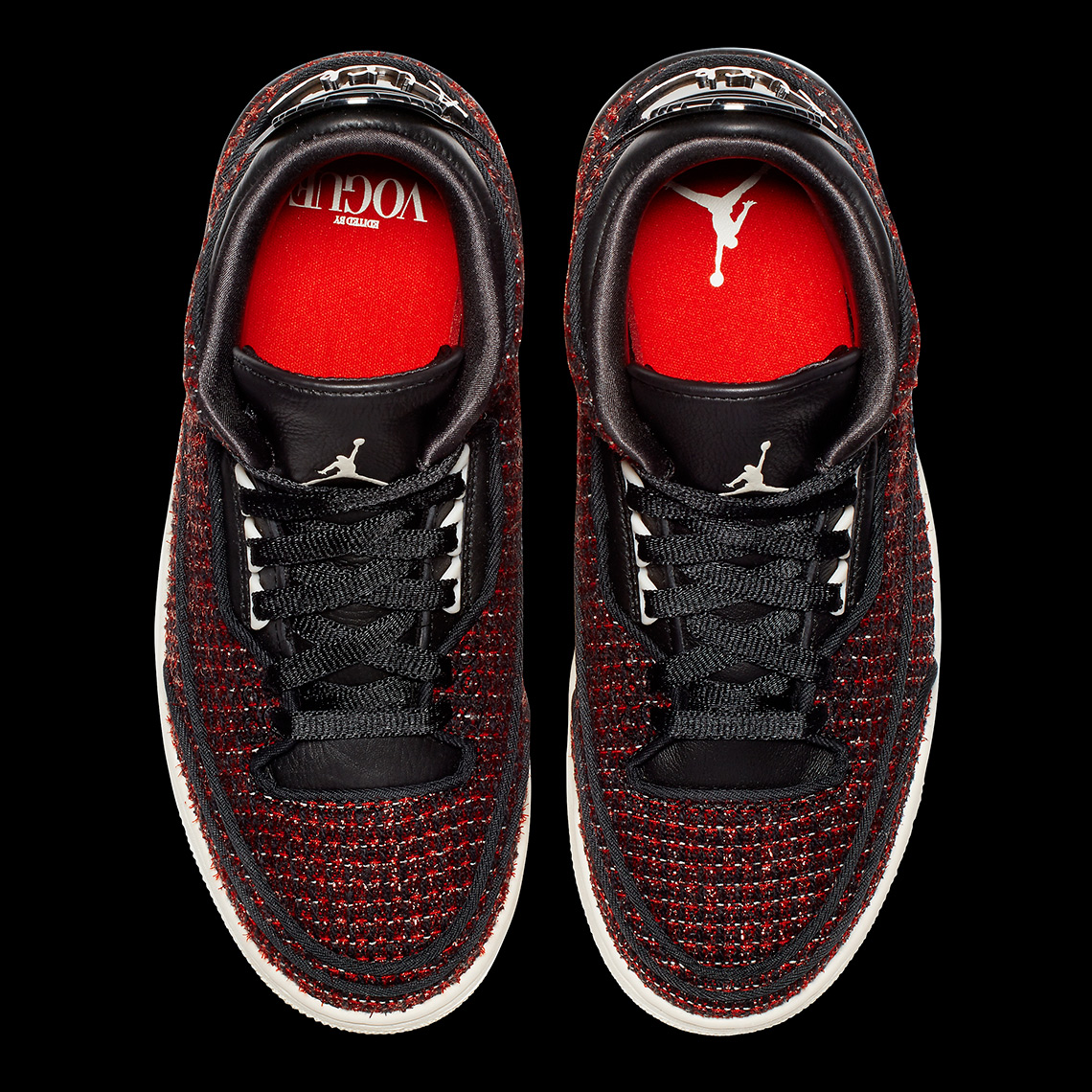 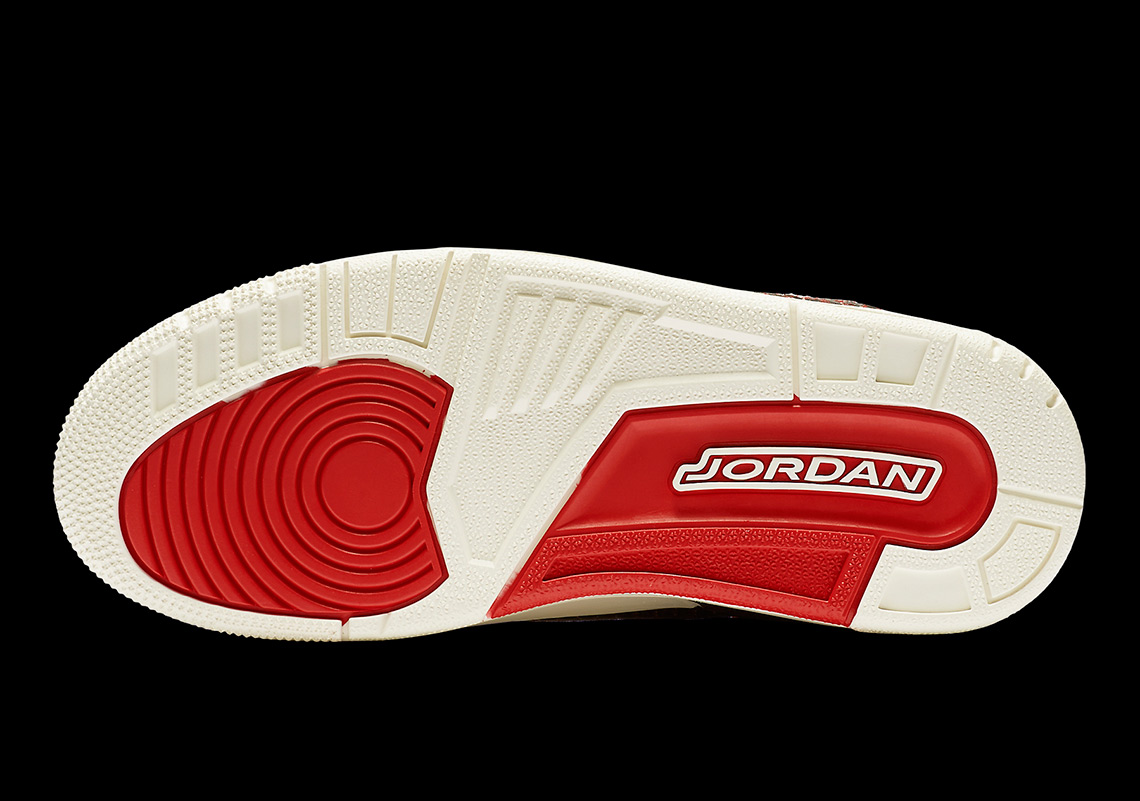 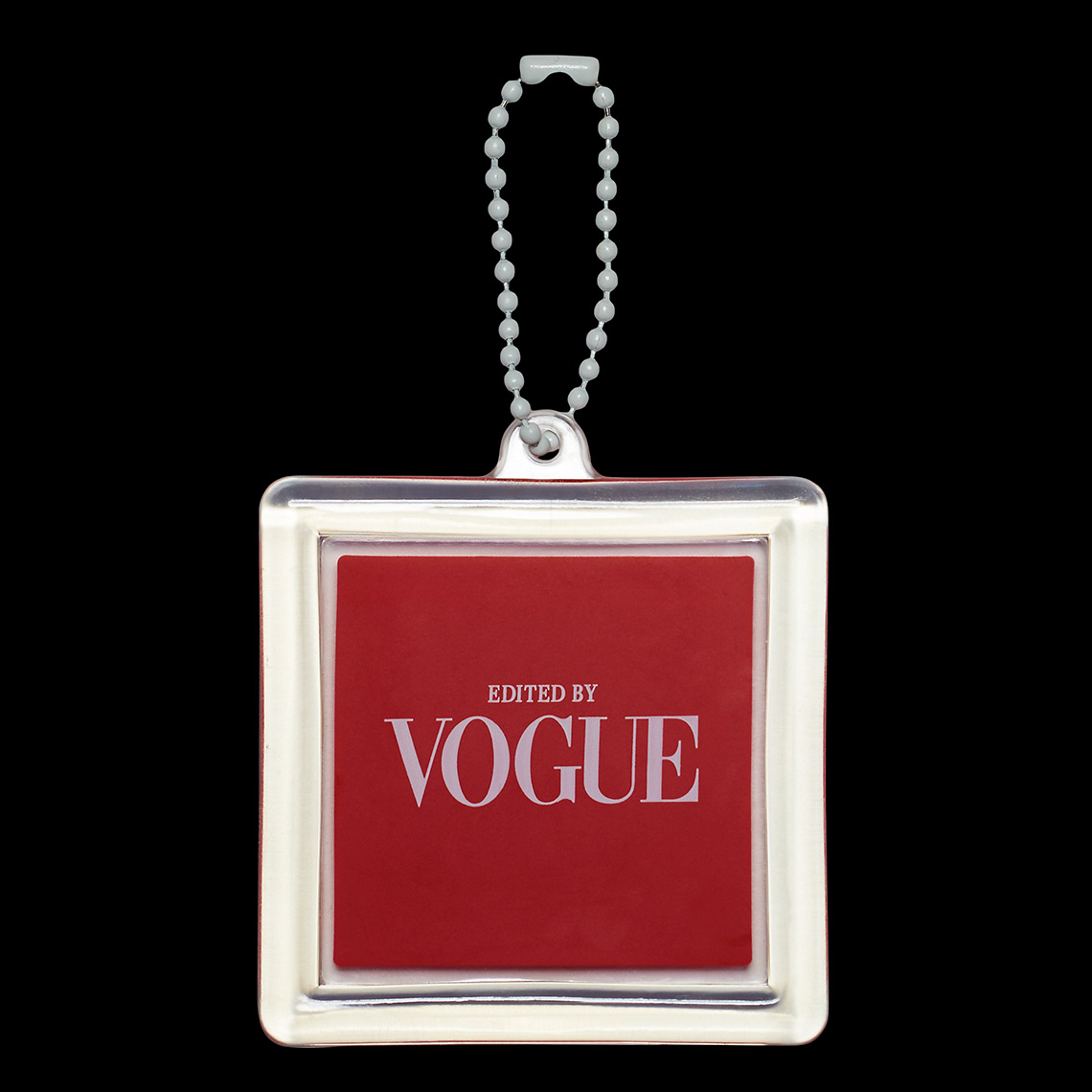