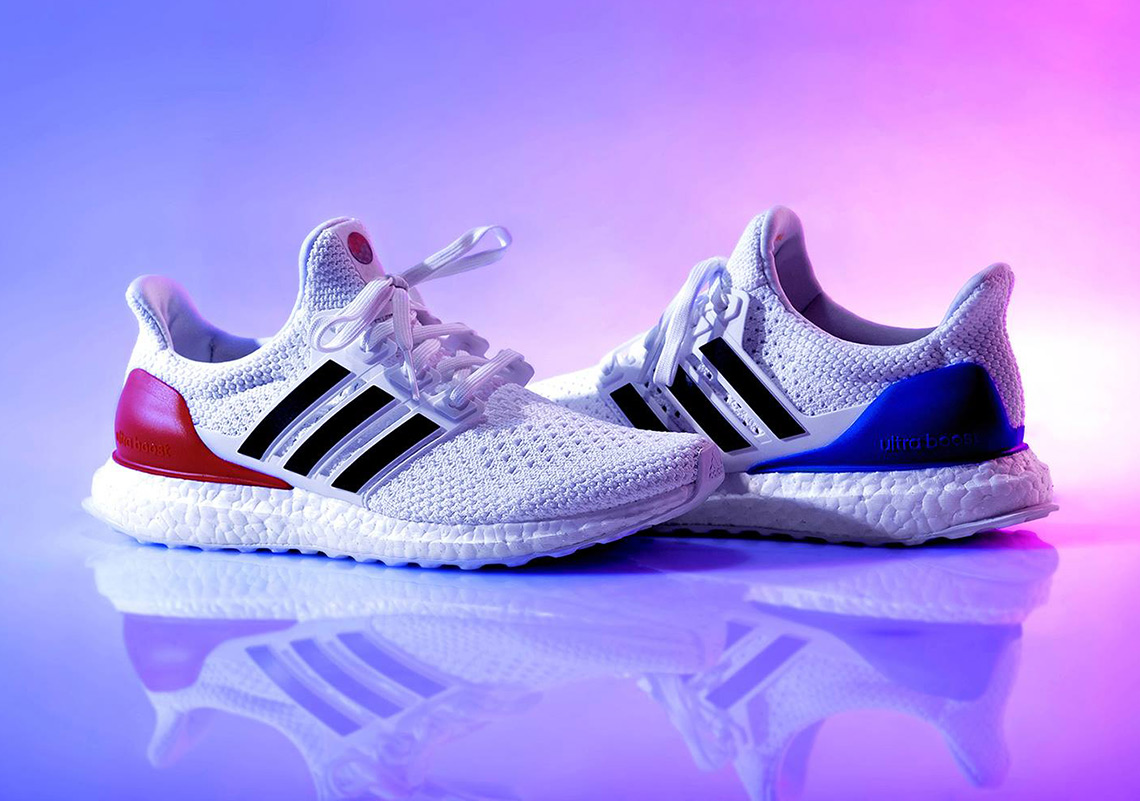 The 30th Anniversary of the Seoul Olympics has been getting a lot of love in the form of limited editions sneakers. Earlier this year, Jordan Brand created an extremely limited edition Air Jordan 3 Retro that remembered the sporting from 1988, with the nation’s flag proudly embroidered onto the tongue. It appears that adidas is putting forth its own tribute with a honorary Ultra Boost release that features alternating red and blue heels, black stripes above a white cage, and yin-yang logo in red and blue on the tongue. The Primeknit upper appears to be either the 1.0 or the 2.0 variety, while a white-on-white combination of Boost cushioning and Continental rubber outsole completes the look. According to adidas Korea, an exclusive release is set for September 28th, 2018 exclusively in South Korea, with quantities likely limited.