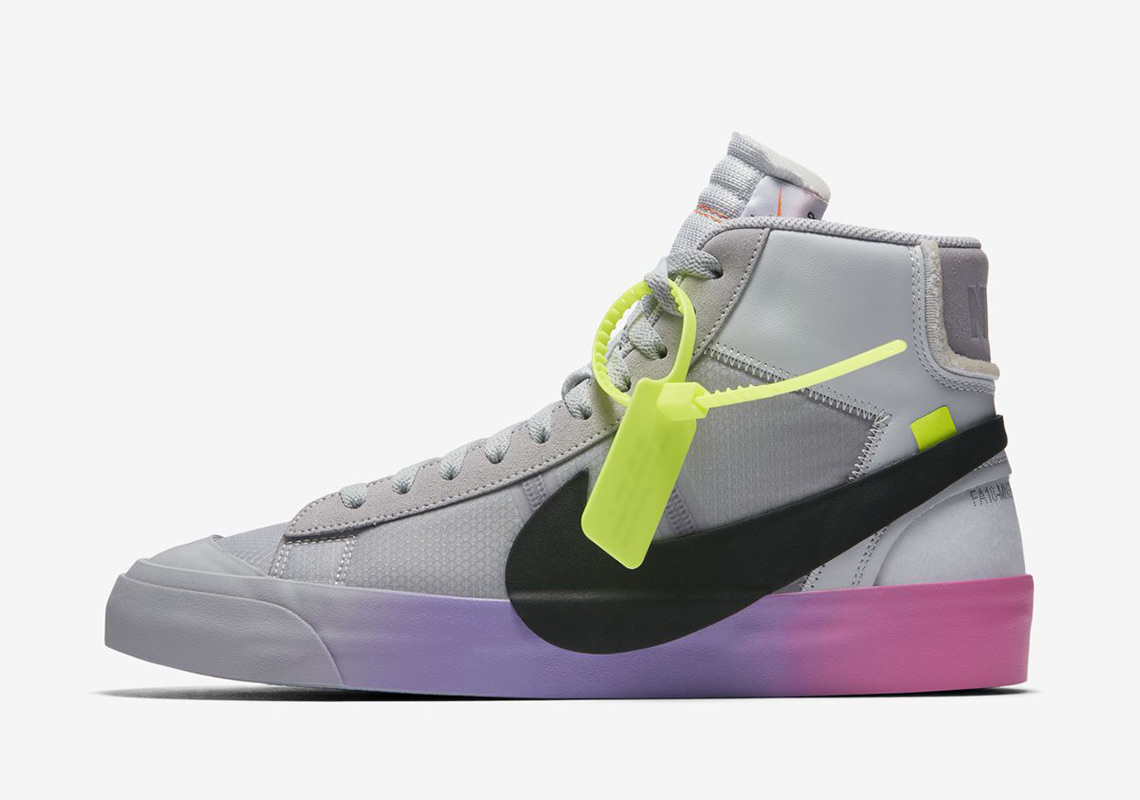 In advance of the 50th annual US Open tennis tournament, Virgil Abloh and his pace-setting Off-White label honored one of the greatest athletes of all time – Serena Williams – with her very own “The Queen Collection” consisting of three Off White Nike shoes and apparel. One of the shoes was the NikeCourt Flare 2 for her on-court use during the tournament, while a pair of Air Max 97s and Blazers done up in a feminine combination of purple, grey, and pink were to release in limited quantity to the masses. While the Air Max 97s released via a special Nike SNKRS drop right as Serena stepped onto the playing surface for her opening round match, the Blazers never quite made it to shelves. However, an official set of Nike Brand images lends to the notion that they will finally be dropping at retailers one way or another. While Williams was unsuccessful in securing her 24th Grand Slam championship, this esteemed collection with the sneaker industry’s brightest star is a notable achievement in its own right. No word regarding the release of these Off-White Blazers has been reported, but it is certainly possible they wind up on SNKRS via some sort of shock drop or in surprise fashion. Enjoy a detailed look below and keep it locked for updates as we have them. 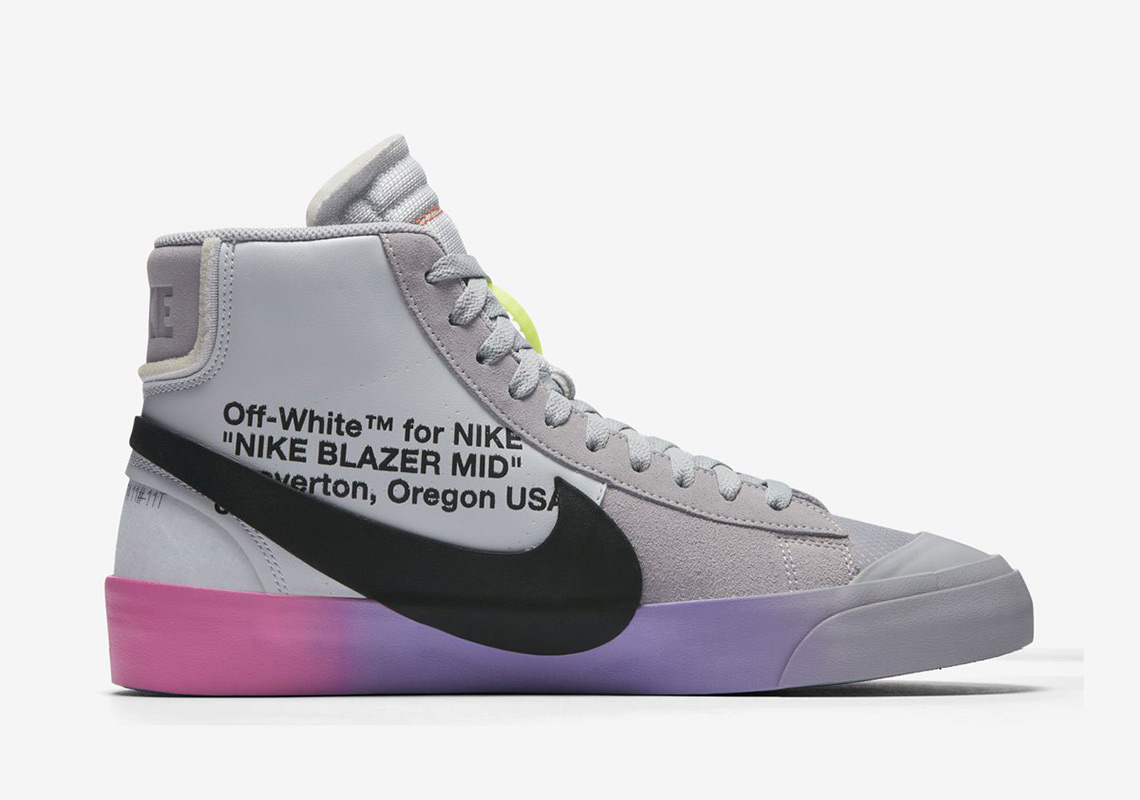 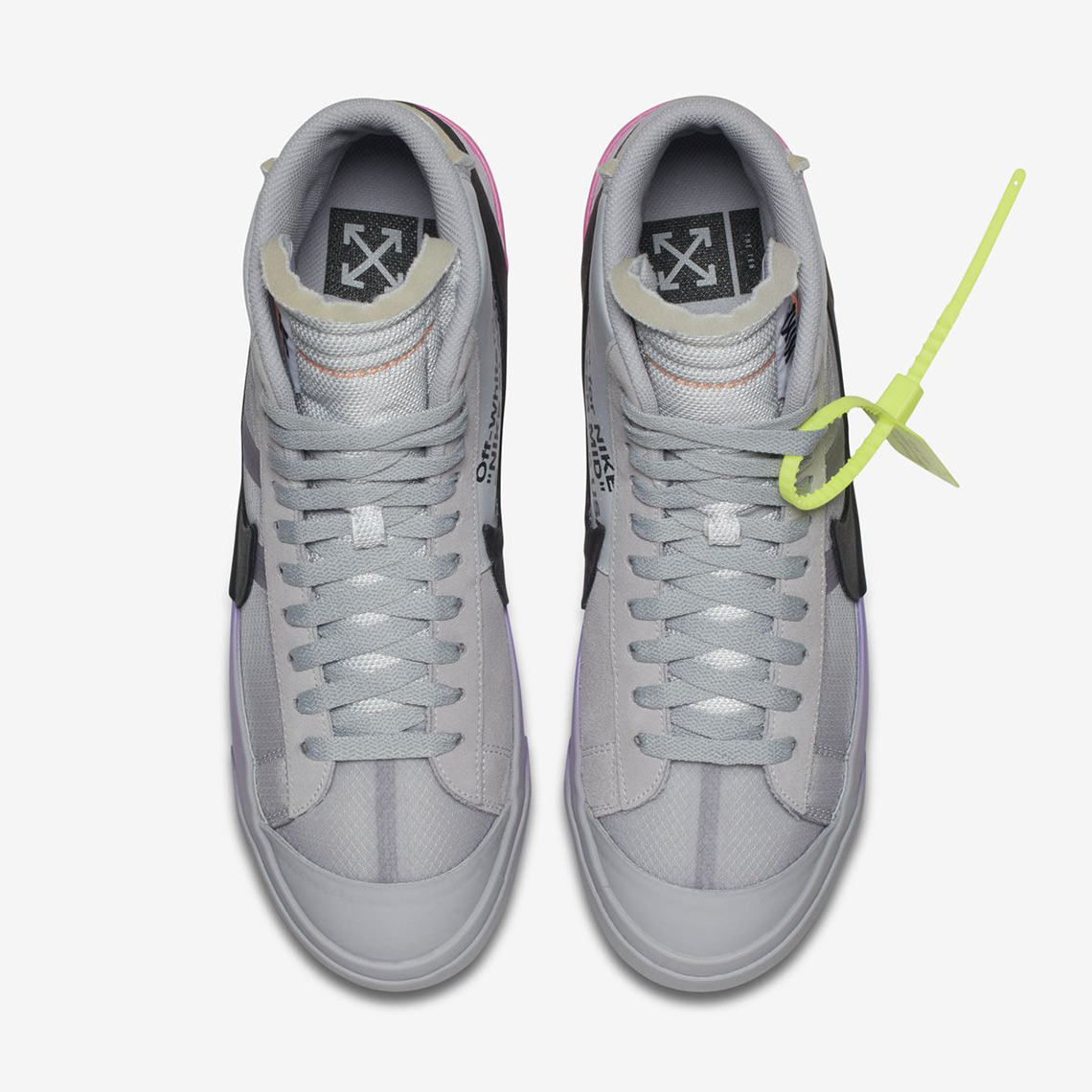 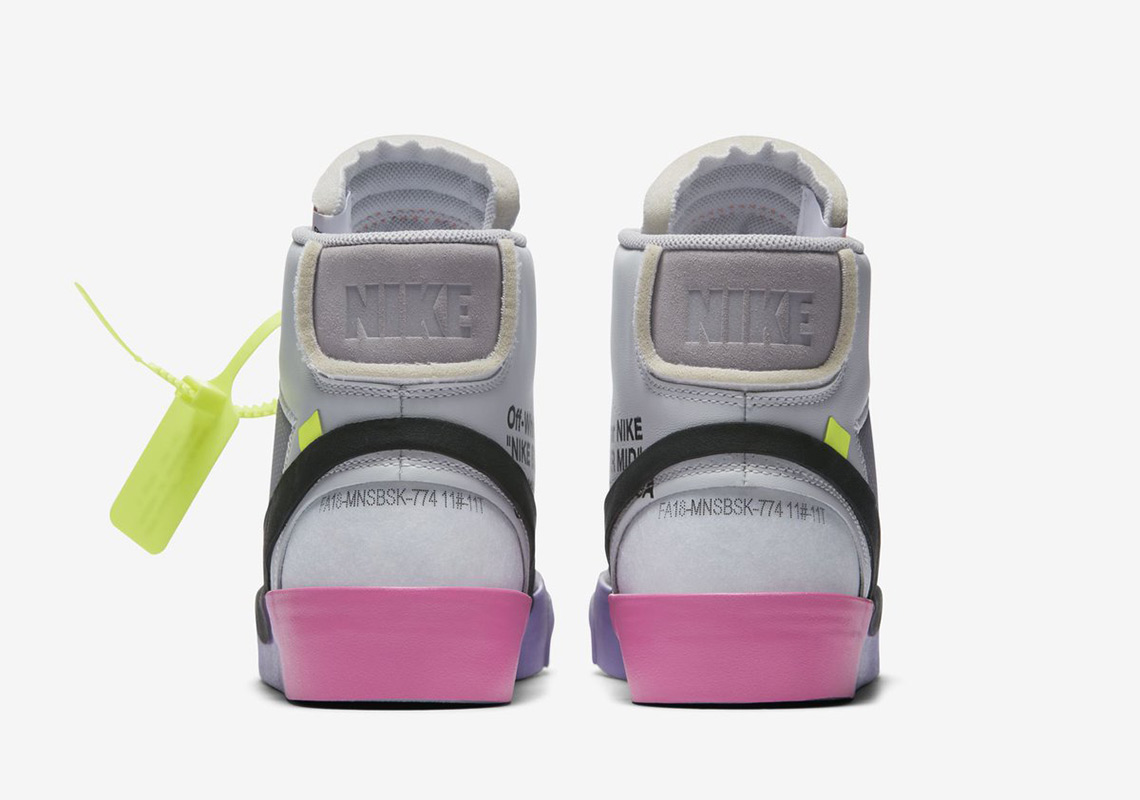