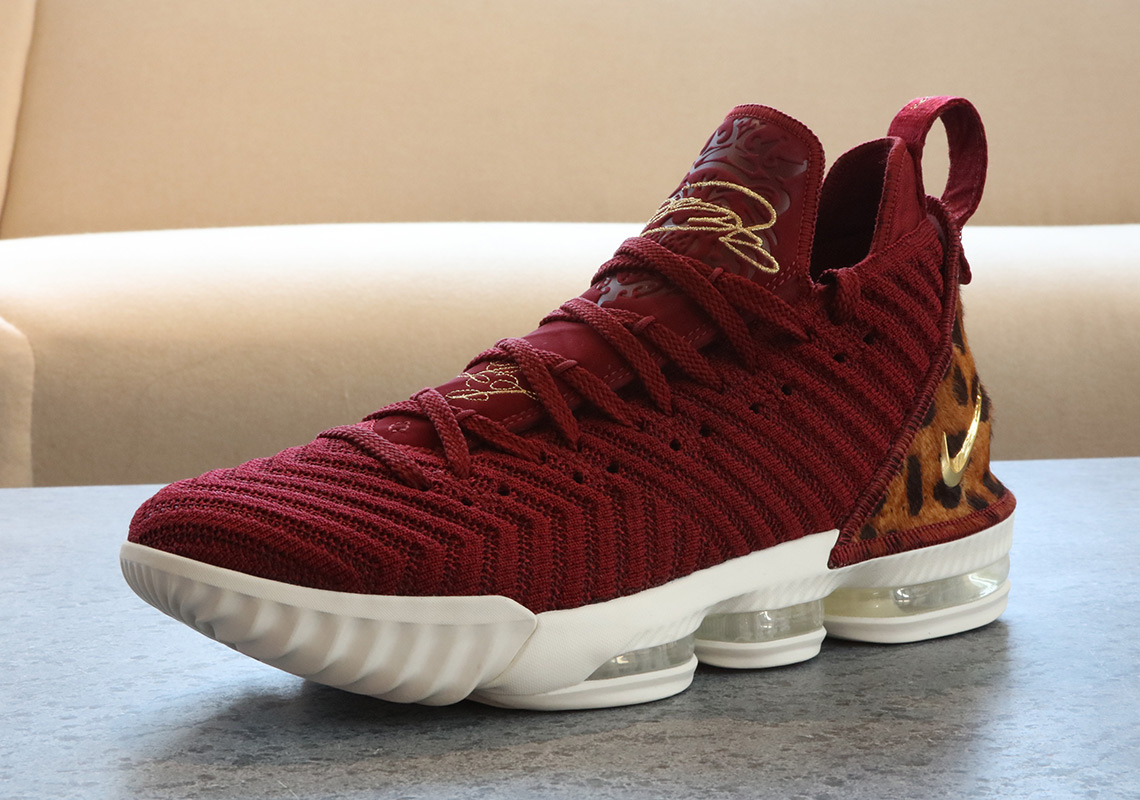 By now, you’ve undoubtedly heard that the first entrants into the Nike LeBron 16 line help tell the story of the King’s incredible versatility. His ability to play all five positions on the court in one game is unparalleled. He has the vision of a point guard, the shooting ability of a two, and the size and strength to guard nearly any big man in the league. Of course, LBJ is most at home when he’s playing the small forward position, helping his team stretch the floor with his unprecedented athleticism for a man at his height and size. On October 18th, James’ will start the fourth chapter of his NBA career with the Los Angeles Lakers in Portland against Damian Lillard and the Trail Blazers while lacing up a “King” colorway of the LeBron 16. Serving as the small forward version of the “1 Thru 5” collection, its regal cheetah-print equipped aesthetic derives from an Air Zoom Generation ad campaign from early on in his legendary career. Its red, Battleknit upper is resemblant of the throne he sits upon in the ad, while a leopard print heel draws connection to the jungle vibes given off by the three menacing lions sitting at his feet.  Finishing touches on this premium selection include that poster plastered onto its insoles, and metallic gold accents on its Swoosh, heel, and throat, sitting atop a debossed lion head graphic. No official release date has been confirmed, but you can expect the release of the LeBron 16 “King” to coincide with the tip-off of the 2018-19 NBA Season. 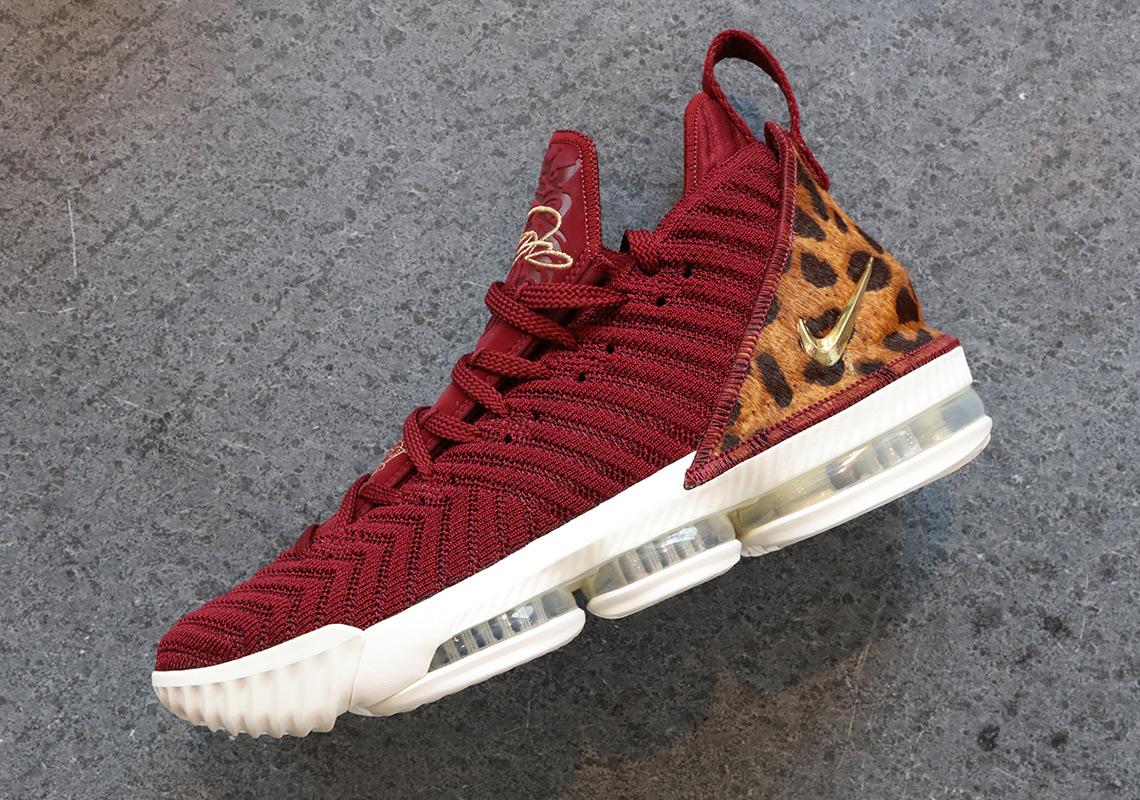 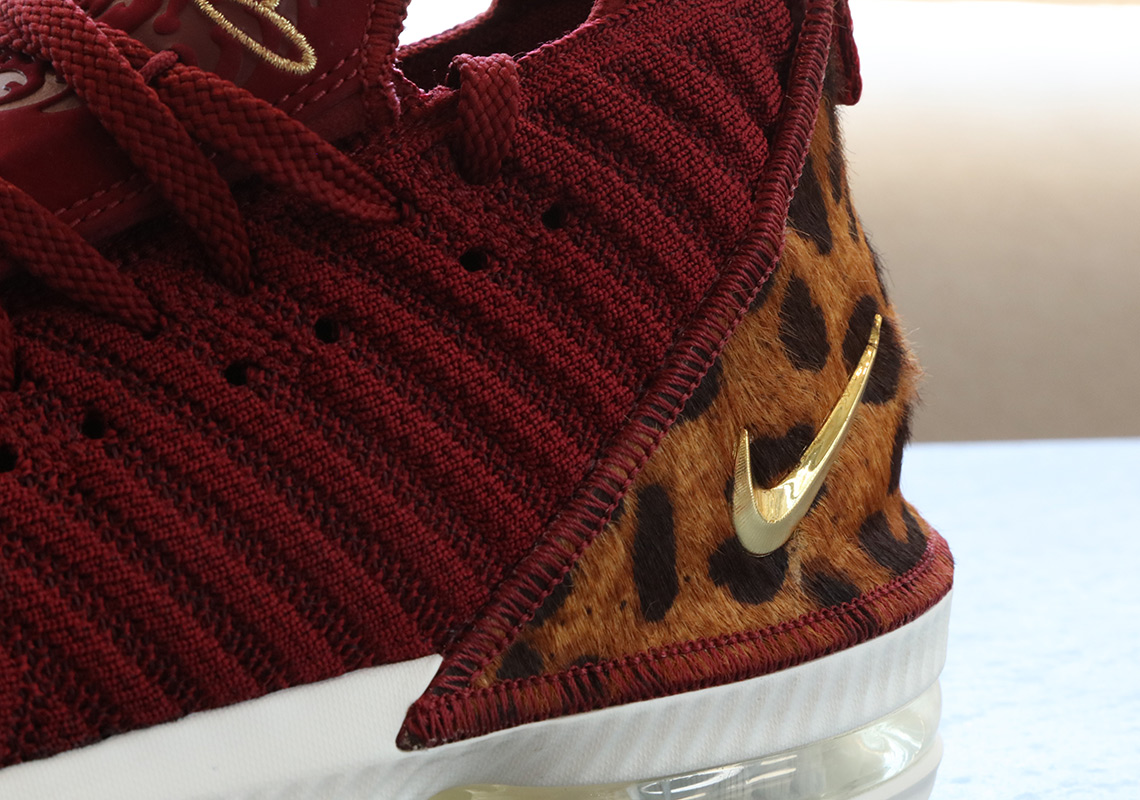 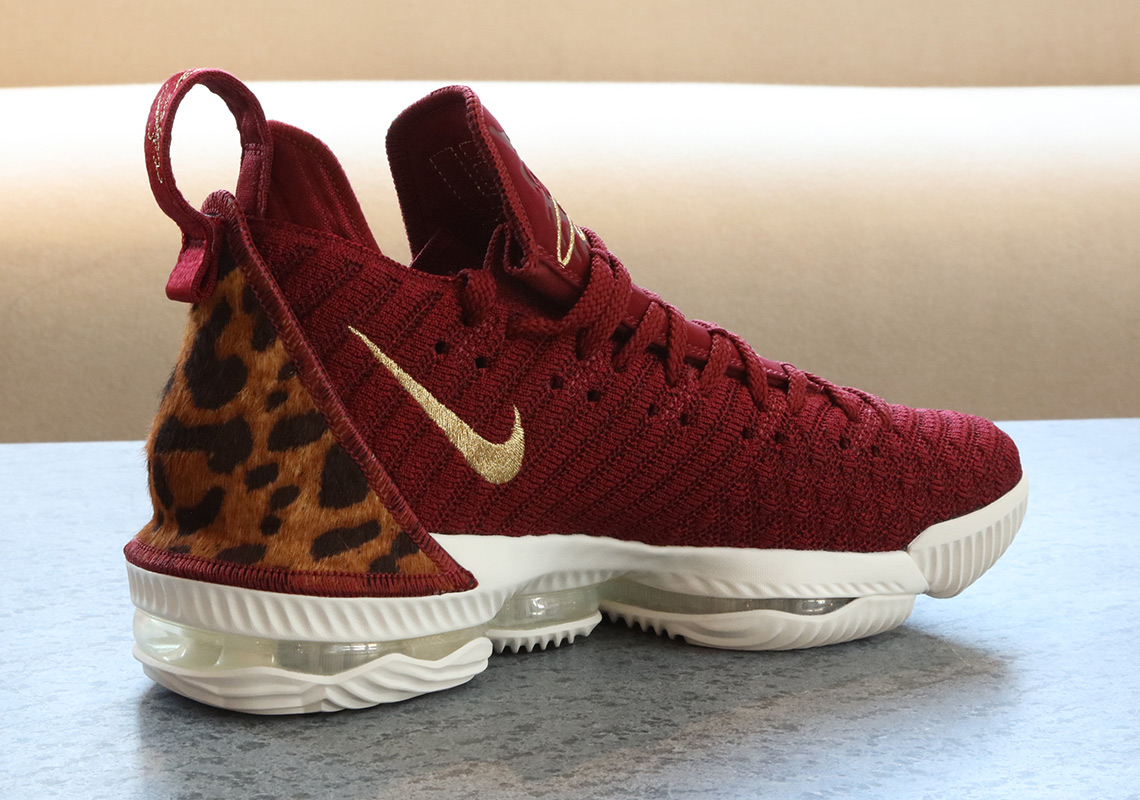 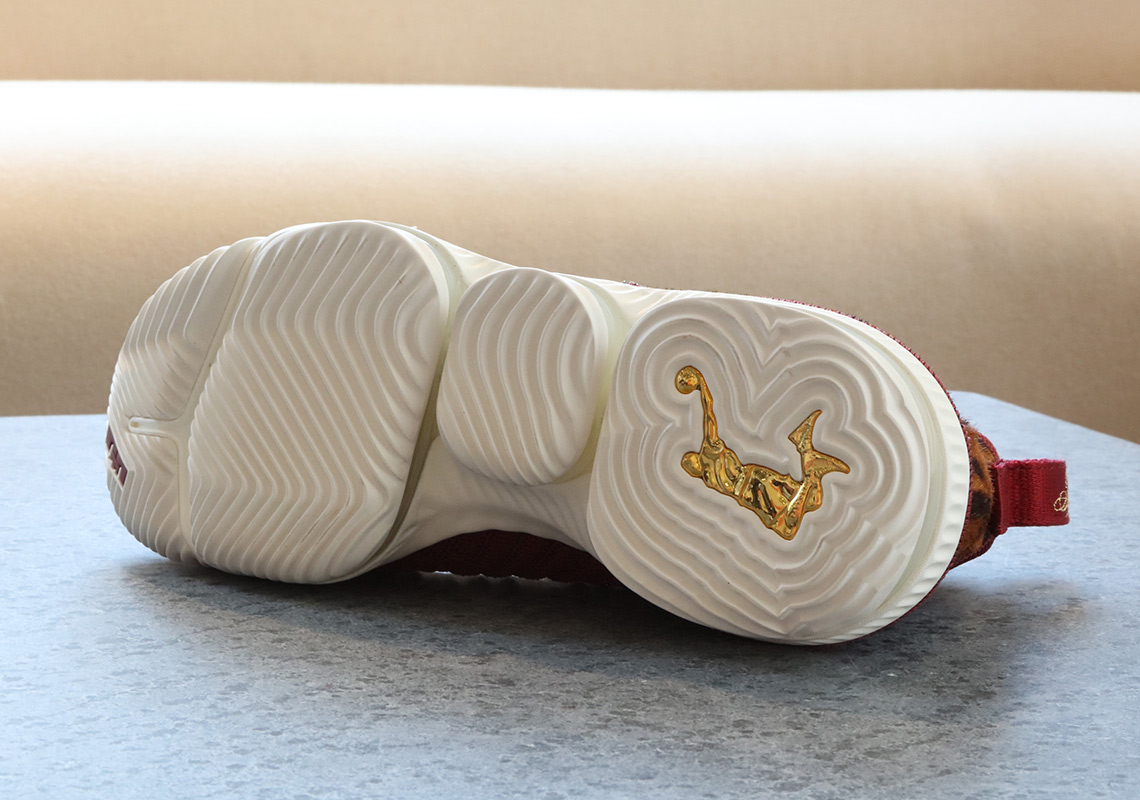 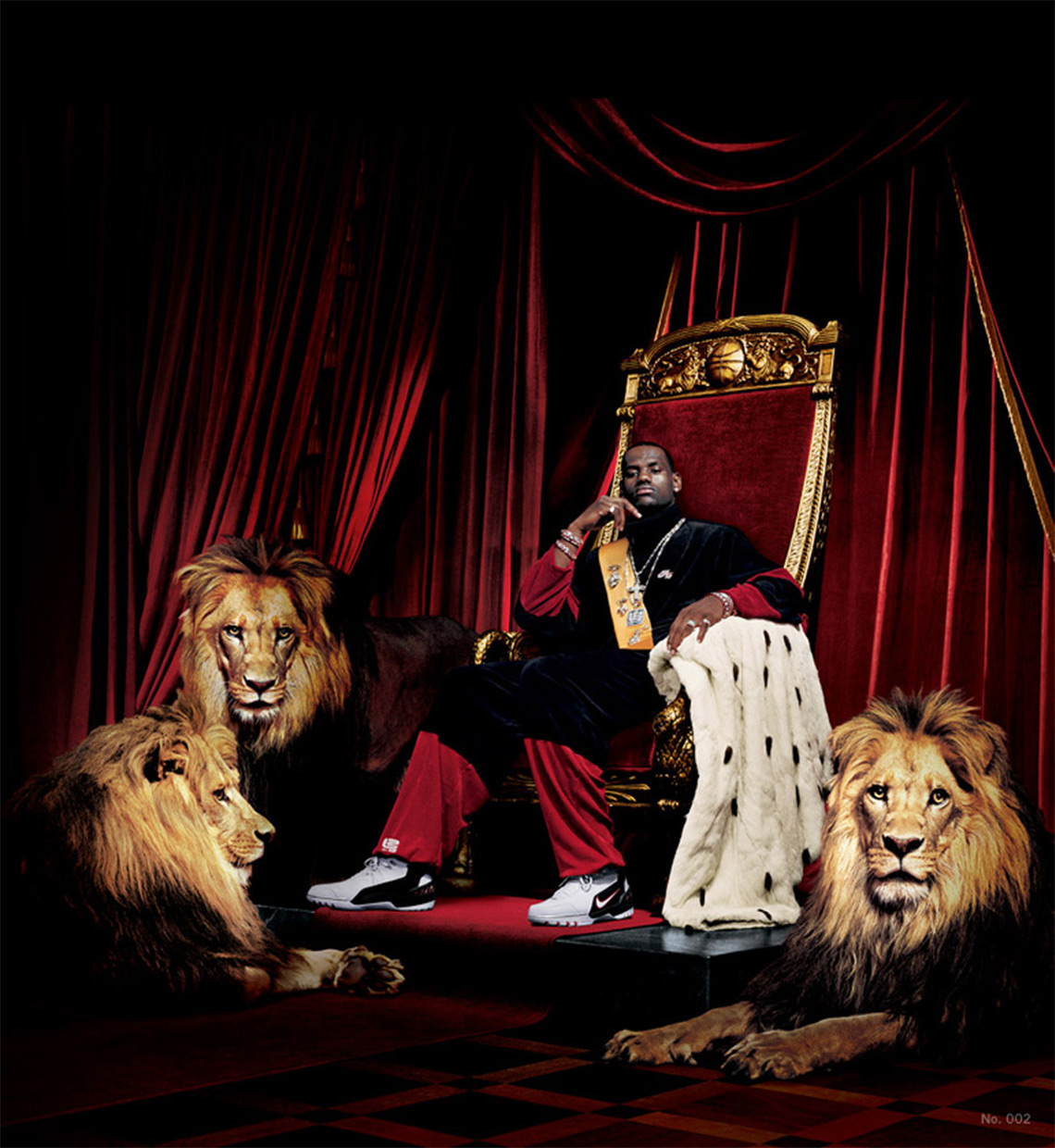