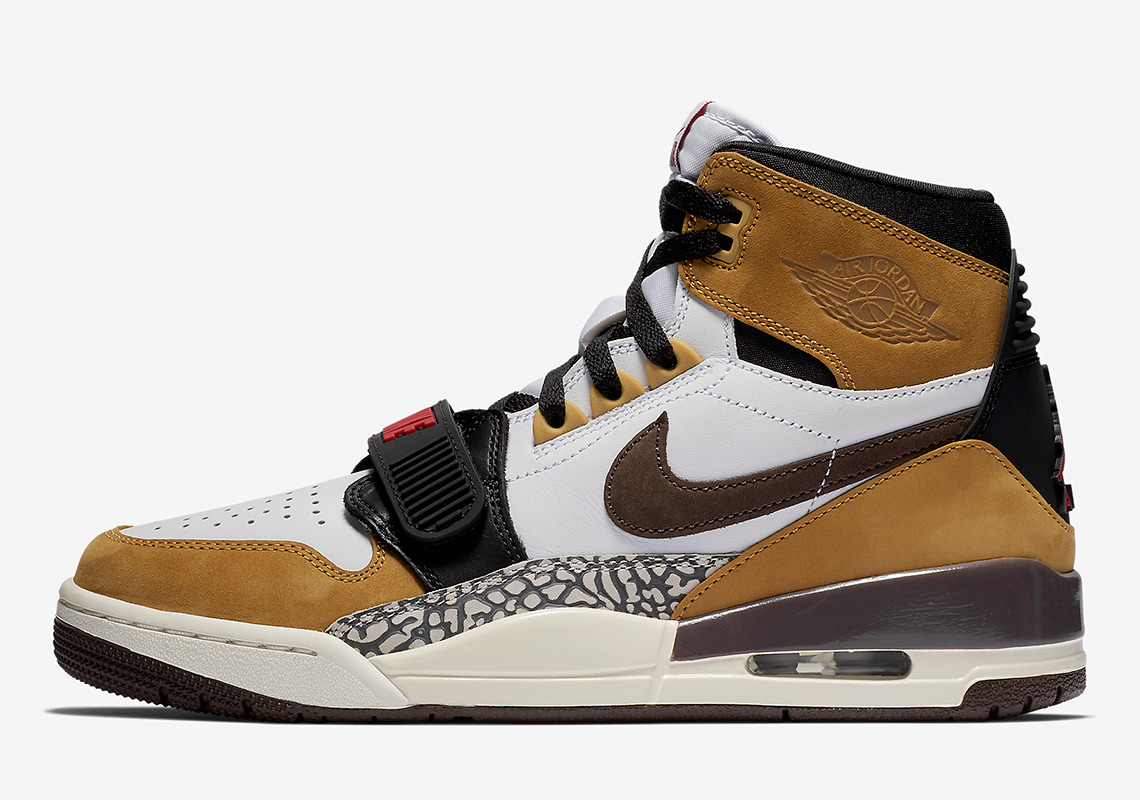 A homage shoe containing elements of the Air Jordan 1, Air Jordan 3, and Alpha Force Low, the Jordan Legacy 312 presents an interesting hybrid look with a great deal of special details. Originally introduced in conjunction with Don C of Just Don fame, the 312 usually calls upon classic Nike releases for colorway/material inspiration — but now it’s dropped in a colorway seemingly inspired by the upcoming “Rookie Of The Year” AJ1s. The upper uses white leather as a base, while a fall-ready wheat nubuck adorns the mudguard, heel, and collar. The Legacy’s signature elephant print arrives on the midfoot, while black covers the strap and heel tab. For a finishing touch, a rich brown appears on the midfoot swoosh, midsole, and outsole — and small red branded hits provide pops of bright color. These unique kicks just released in Hong Kong and will likely see a stateside release later this Fall, so be sure to keep it locked here for all your updates and let us know what you think of this new Legacy colorway. 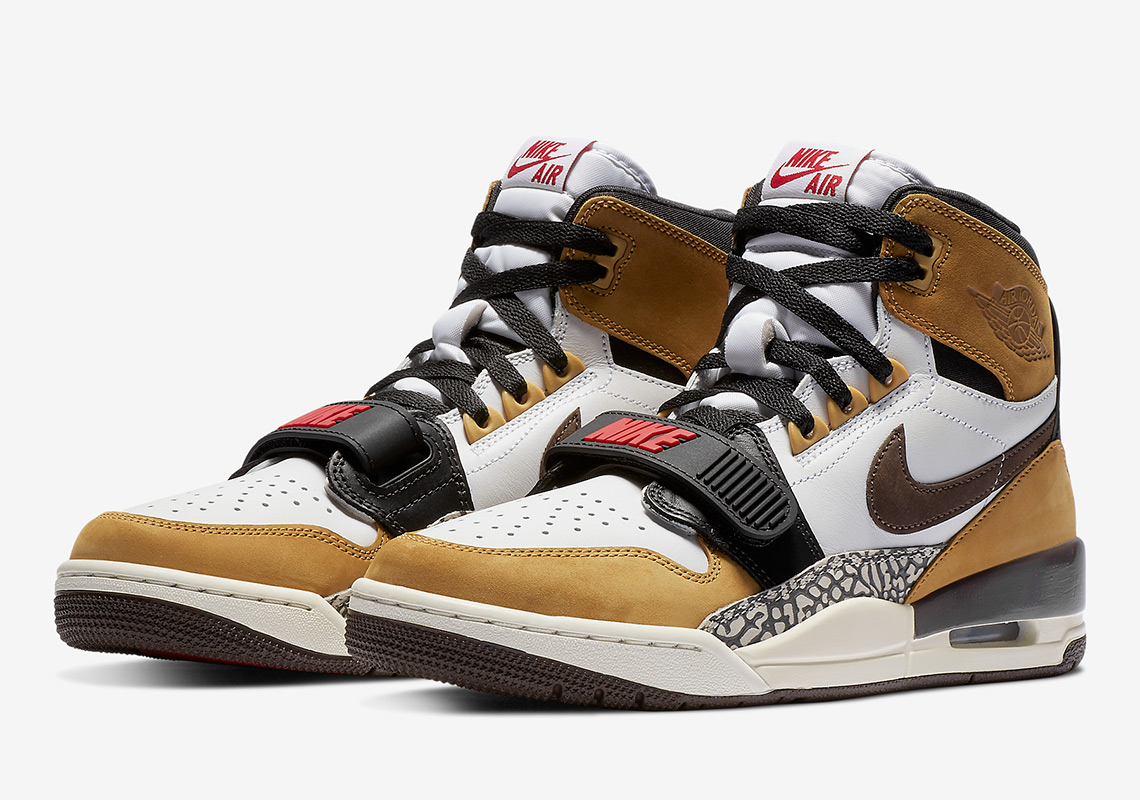 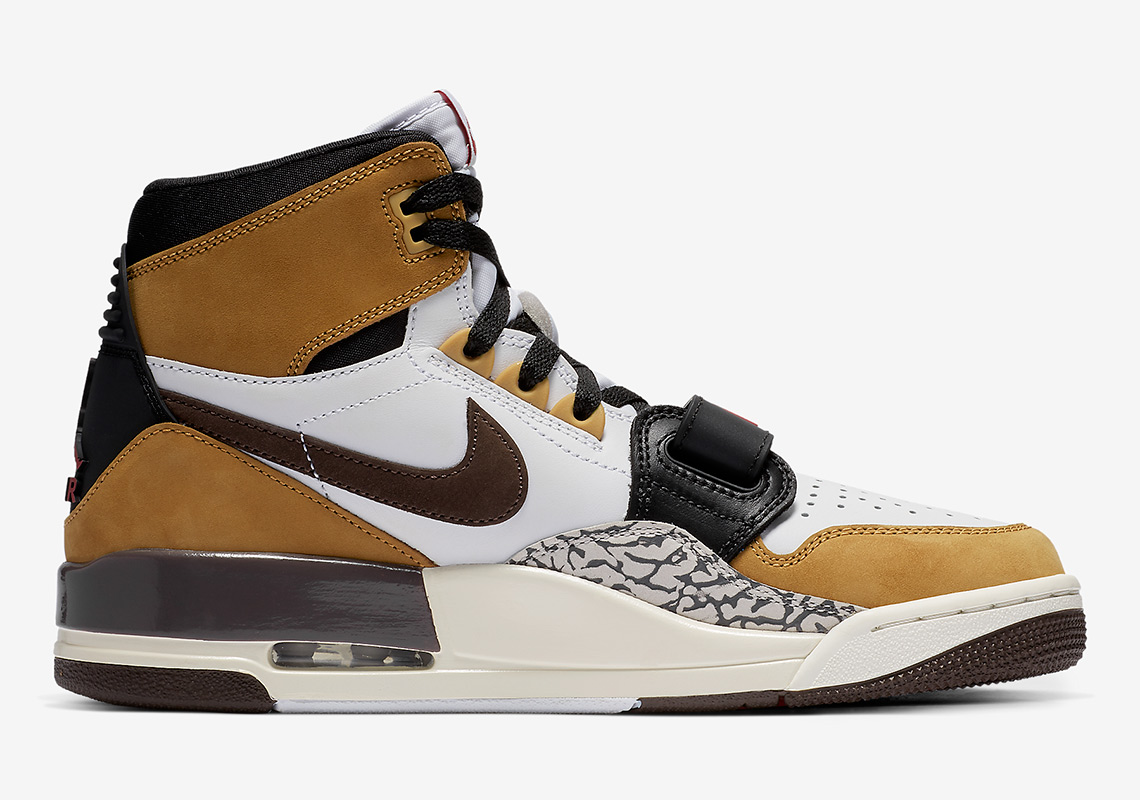 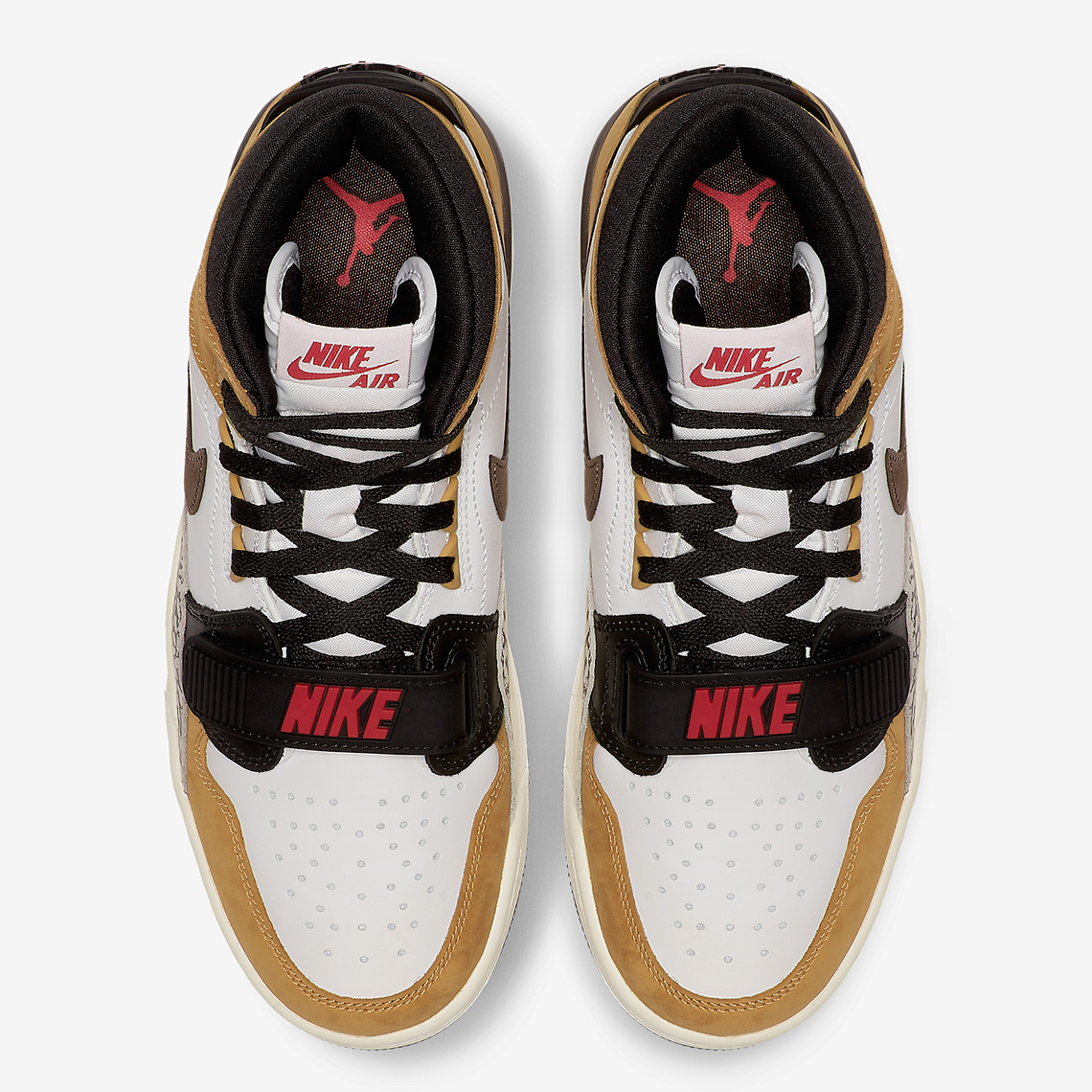 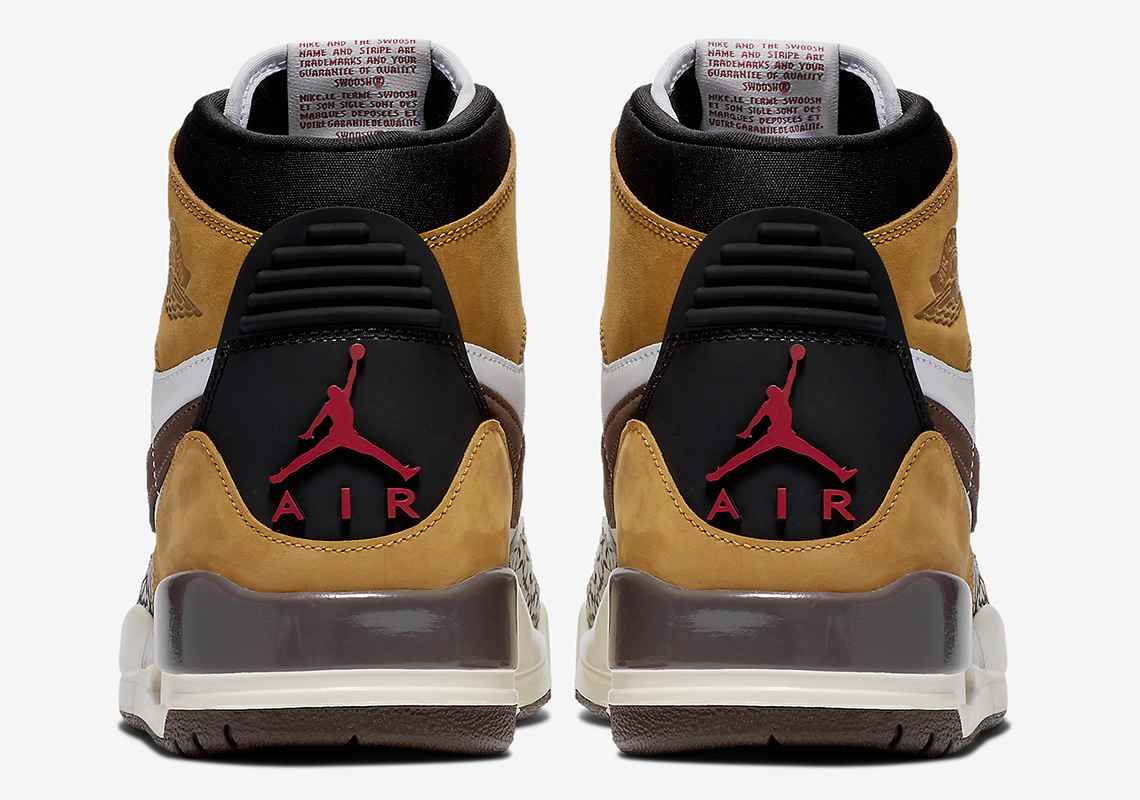 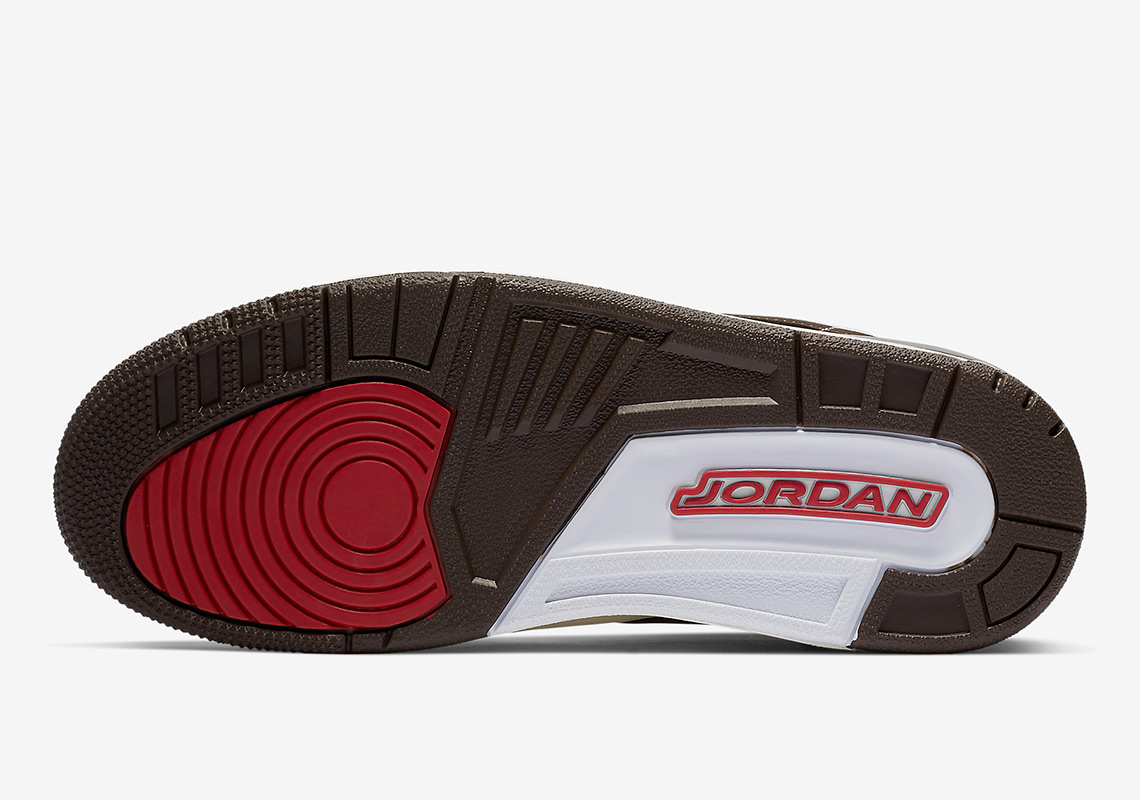