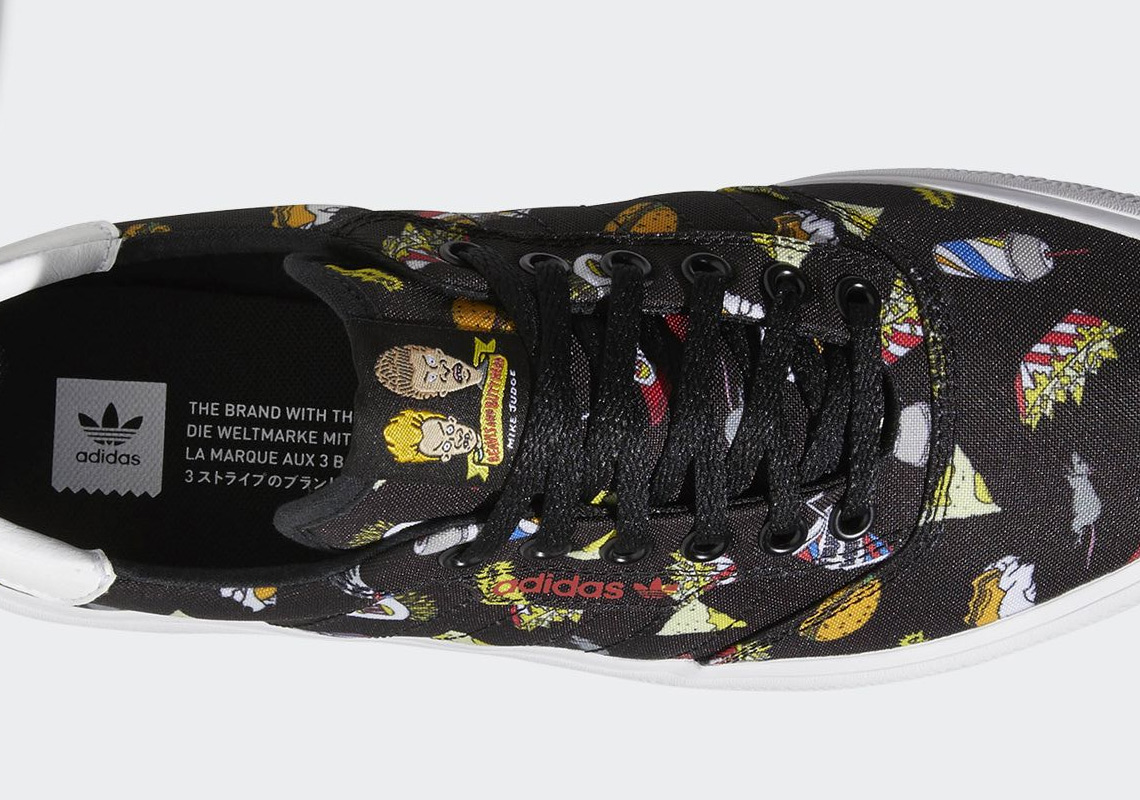 Beavis And Butt-Head Are Getting Their Own adidas Shoe

A duo of — usually — lovable idiots, Mike Judge’s Beavis and Butt-Head hold a firm place in ’90s pop culture: their show was hated by parents, loved by teenagers, unabashedly boorish, and relentlessly hilarious. The “dynamic” duo never really left — having enjoyed a long run in syndication and even relaunching briefly in 2011 — but now they’re back in a major way: with a special adidas collaboration that calls upon the adidas 3MC Vulc to serve as the centerpiece. The black canvas upper boasts an all-over print that nods to Beavis and Butt-Head’s favorite fast food snacks. Nachos, burgers, fries, slurpees and large fountain sodas all make an appearance — as does the large grey rat that’s a frequent guest in Burger World — their place of employment — as well as their dilapidated house. The two scatterbrained teenagers themselves then appear on the tongue, accompanied by a small yellow banner. Branding is kept to a minimum, as the three midfoot stripes are represented via their black stitched outlines, and a small red adidas Originals logo also appears towards the eyestays/on the white heel piece. The skate-ready sneaker is then completed by a white midsole and gum outsole. If you’re looking to take a trip down memory lane, Beavis and Butt-Head’s special adidas shoes are set to release November 3rd — so check our Where To Buy list to see where you can grab a pair, and enjoy a full set of official images below as well. 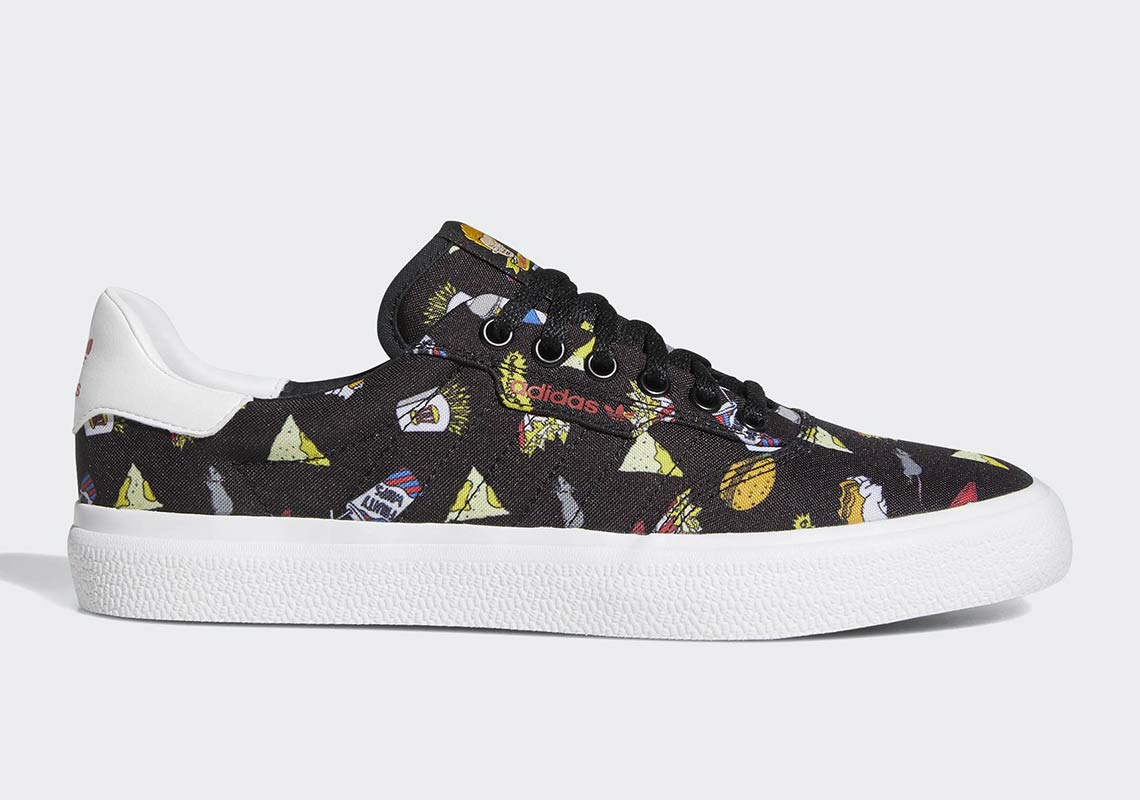 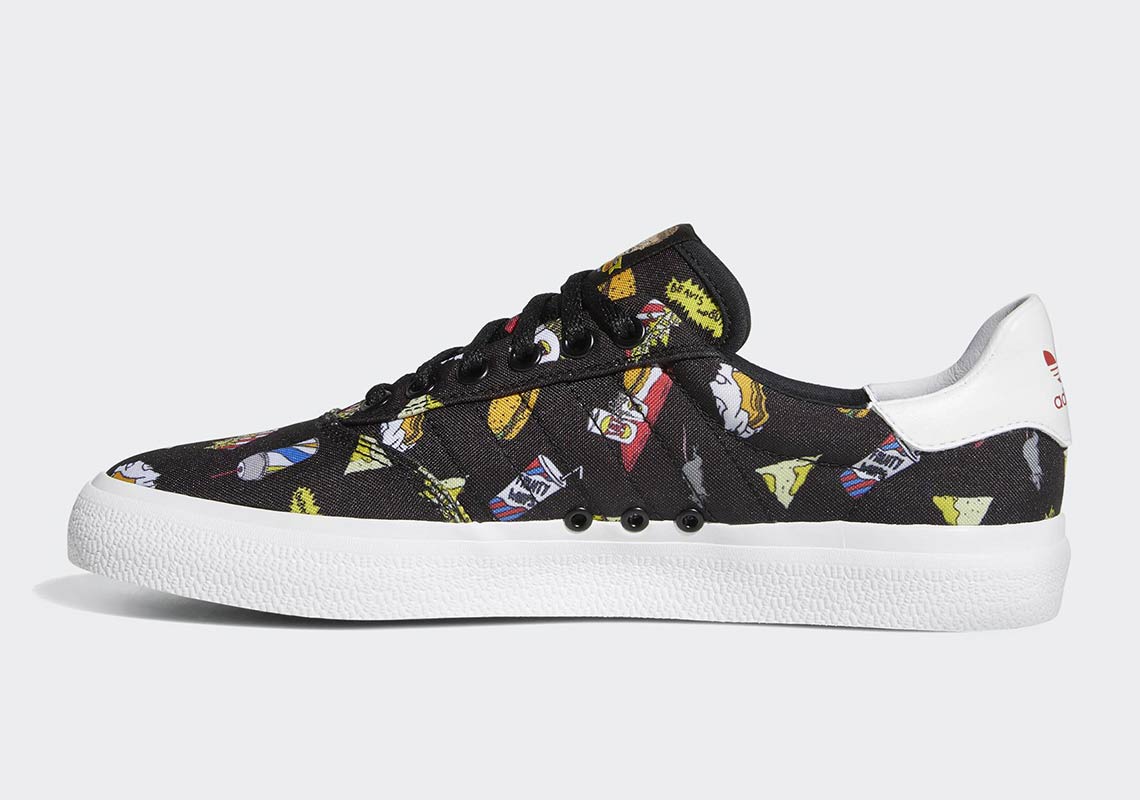 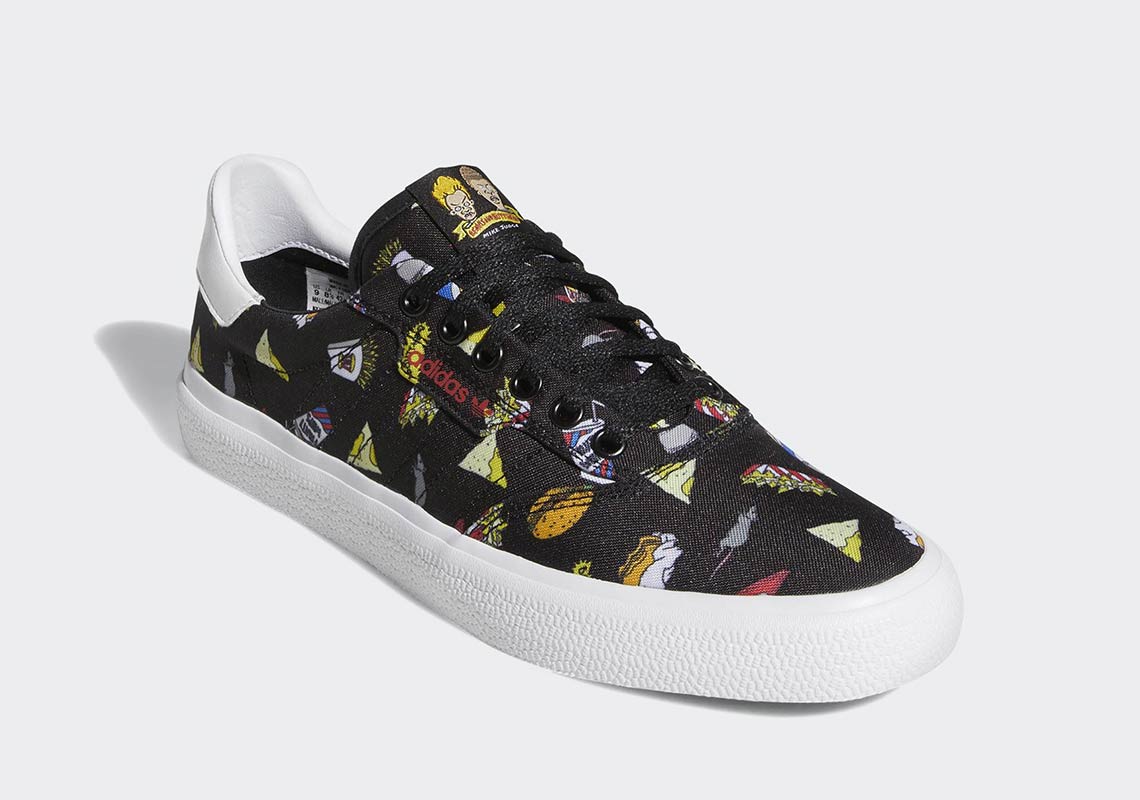 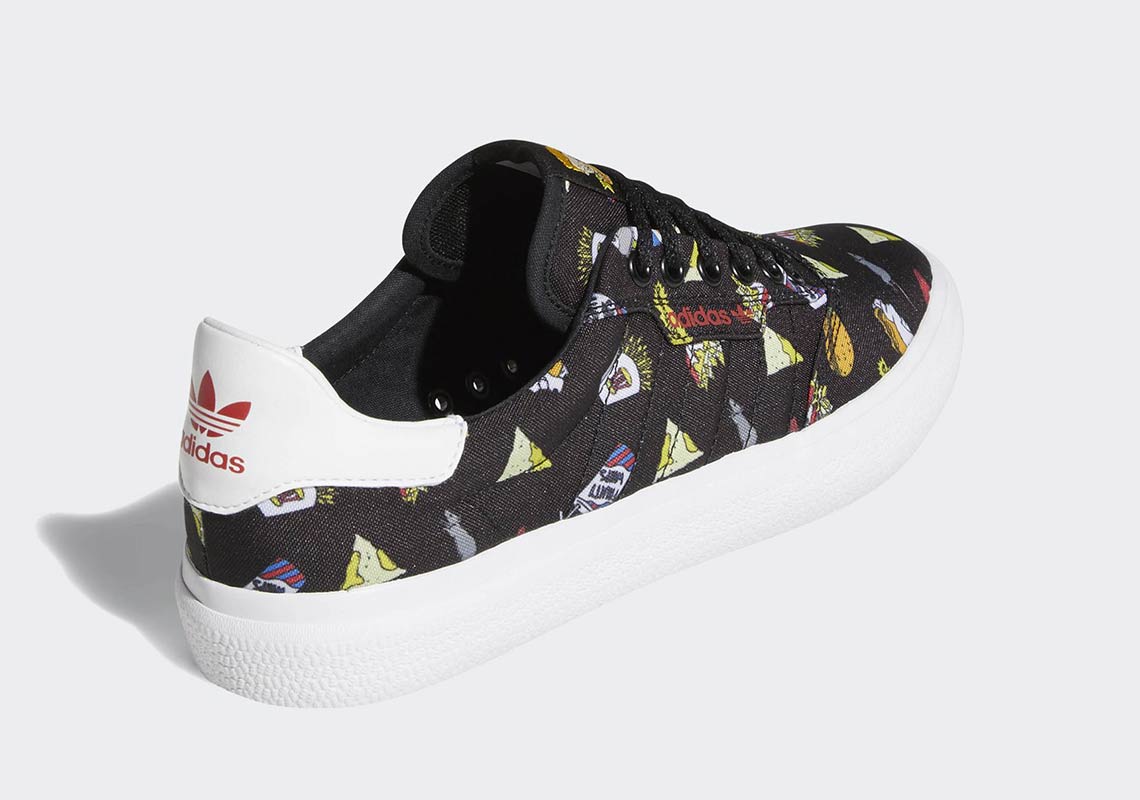 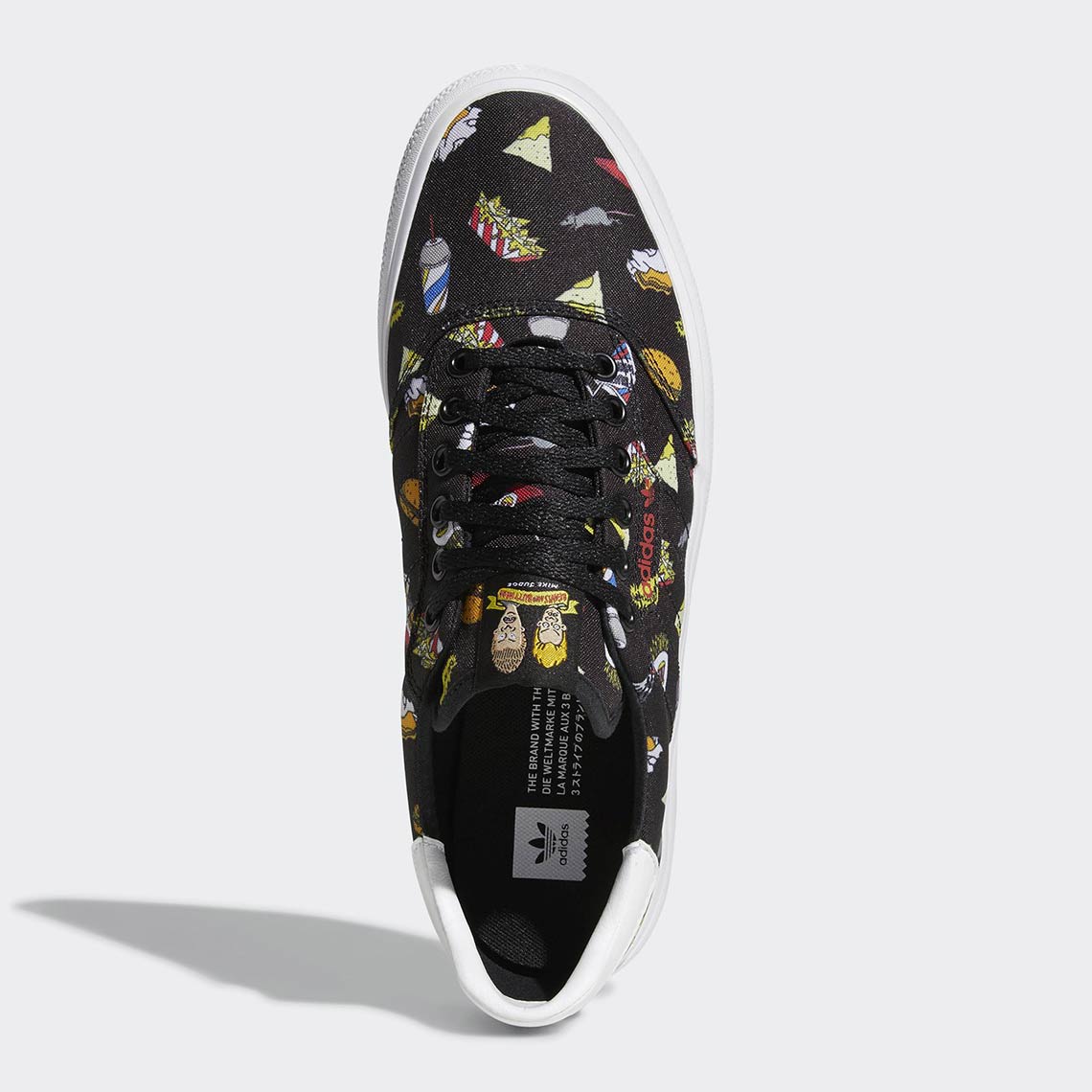 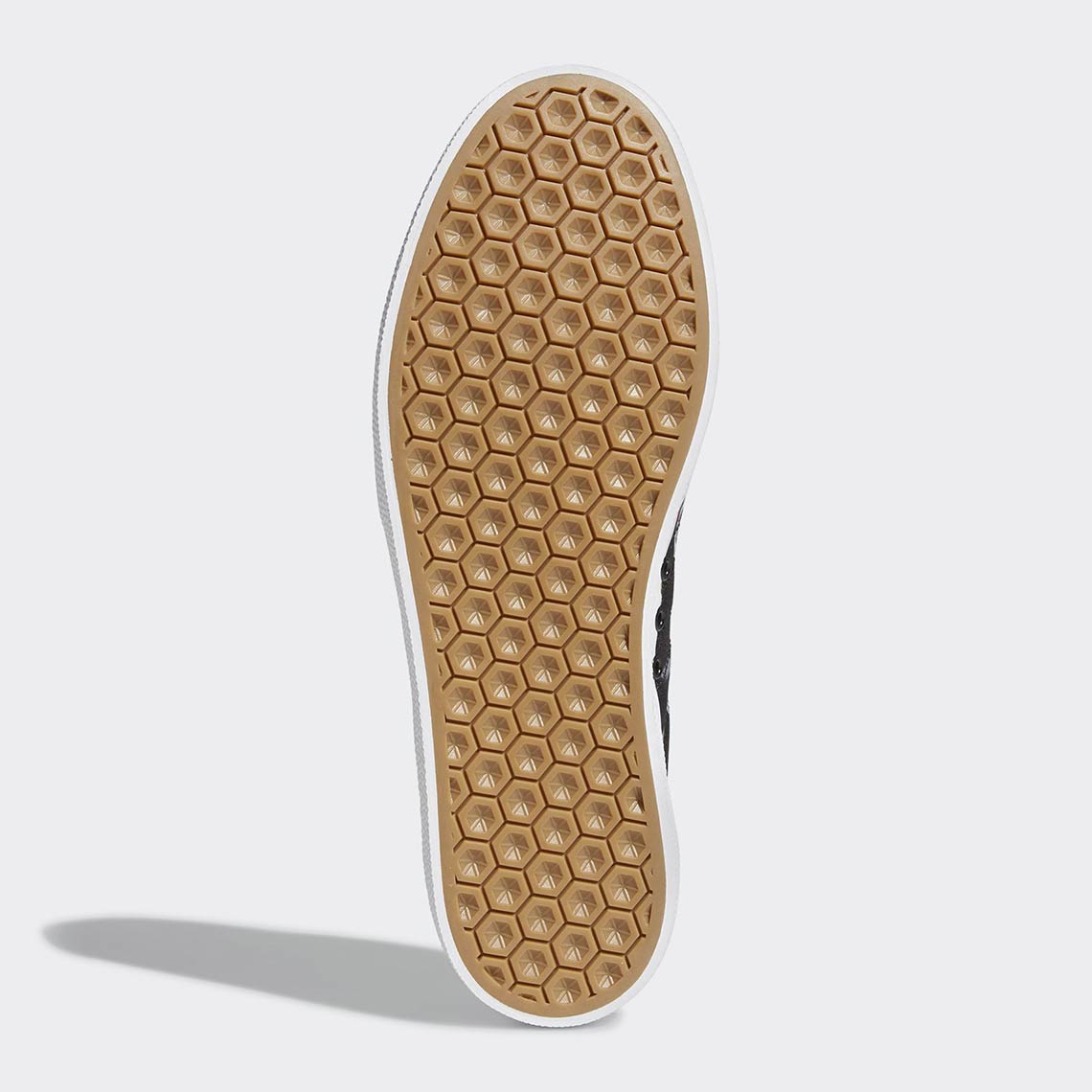