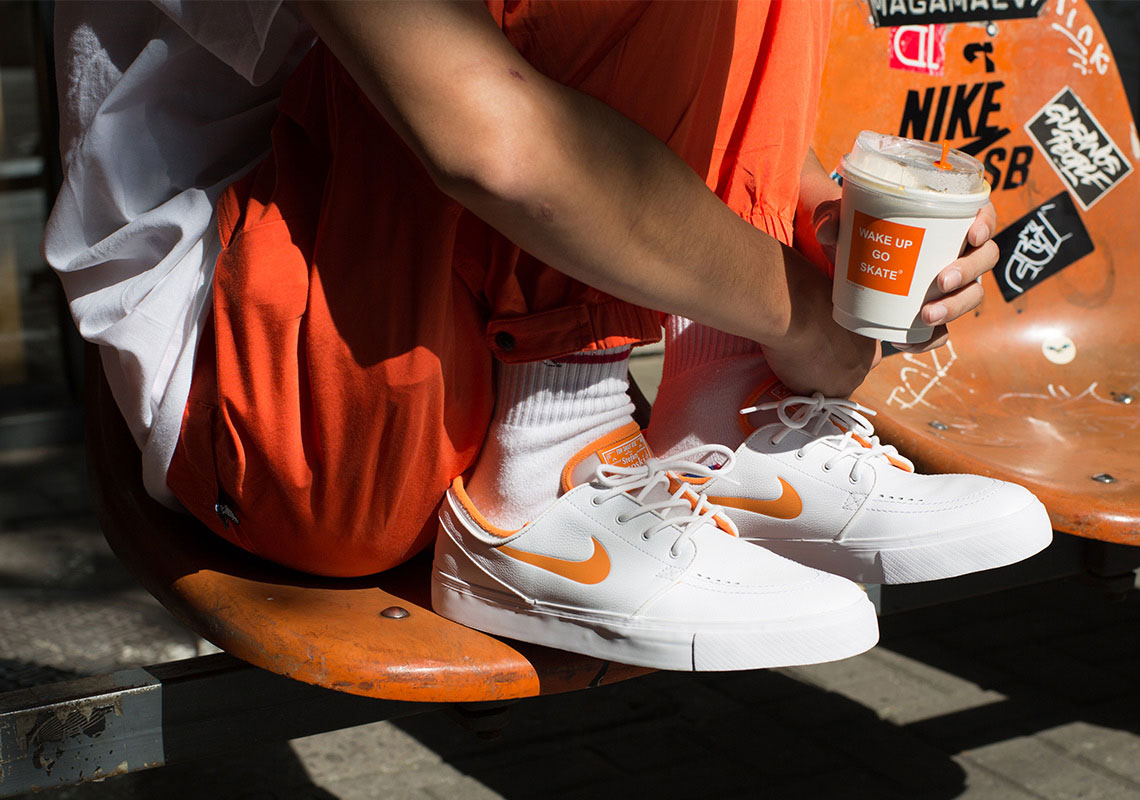 With Nike SB’s welcome revival, brought on by its resurgence in streetwear and the revisiting of past classics, it is only fitting to honor the once hallowed line by tapping back into an OG collaborator. Jeff Han of Fly Skateshop has worked an illustrious background in airplane manufacturing and milk sales, but his true call to fame has always been within skate culture. As the founder of the first and longest running skate shop in Shanghai, Han became an easy choice for the Beaverton brand to tap back into.

For his sixth collaboration with SB, the two collaborative partners are bringing a return to the Janoski in a colorway that honors Han’s 20-year legacy. The colorway itself is inspired by FLY’s coffee cup design, which can be seen on the model’s stark white leather upper and notes of the brand’s orange tone along the profile swoosh, tongue, and lining. Packed with details, the insole features the Chinese pronunciation of the shop’s namesake as well as Han’s own slogan “WAKE UP GO SKATE”, which boldly stands to inspire the lazy skaters he’s grown a distaste for. Along the outsole “FLY” is subtly printed while continuing the branding along the heel with a bench logo, calling back to the chairs that are stationed firmly at each of FLY’s storefronts.

The FLY x Nike Janoski is set to release as a SNKRS STASH on October 27th in Shanghai while a larger though equally exclusive launch at select China-based retailers will be slated for October 28th. 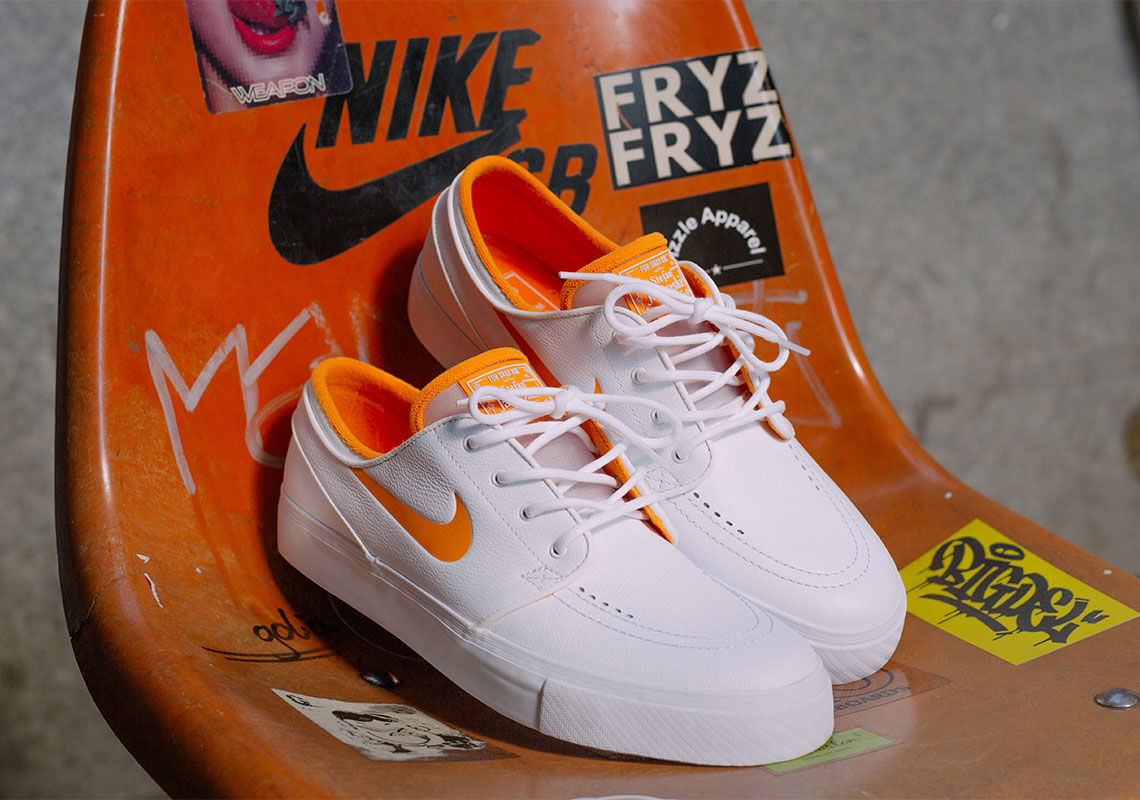 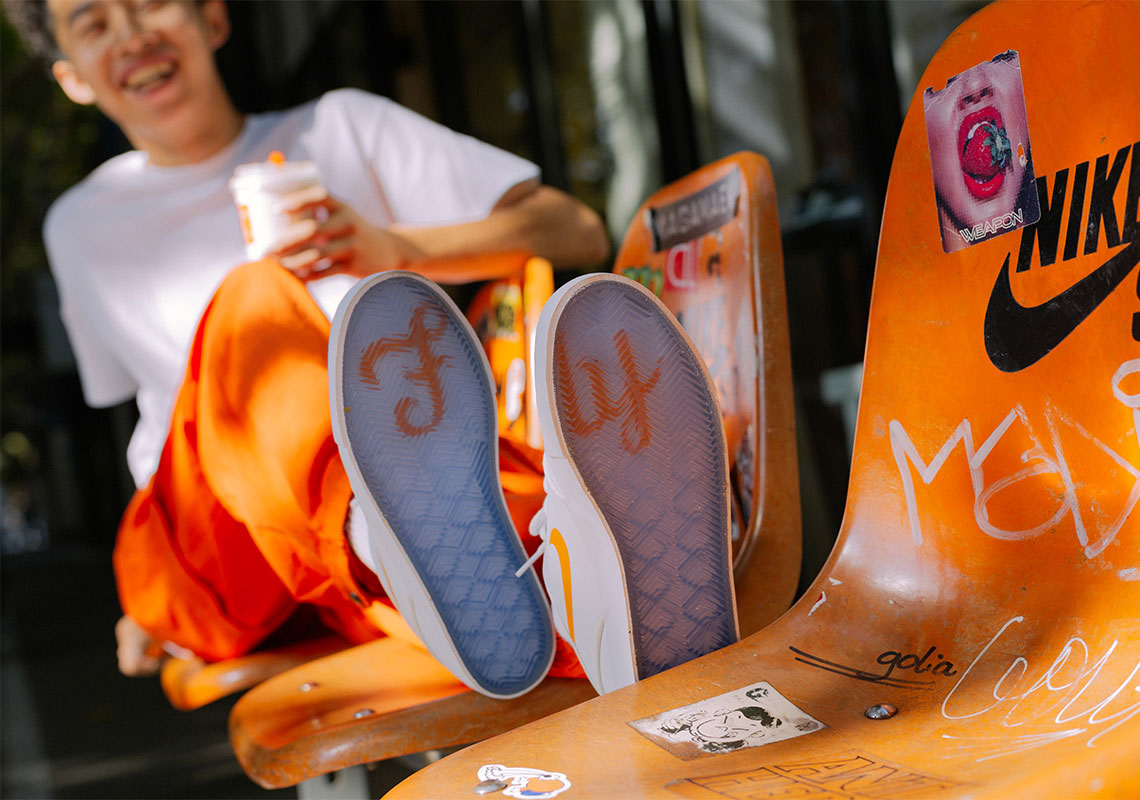 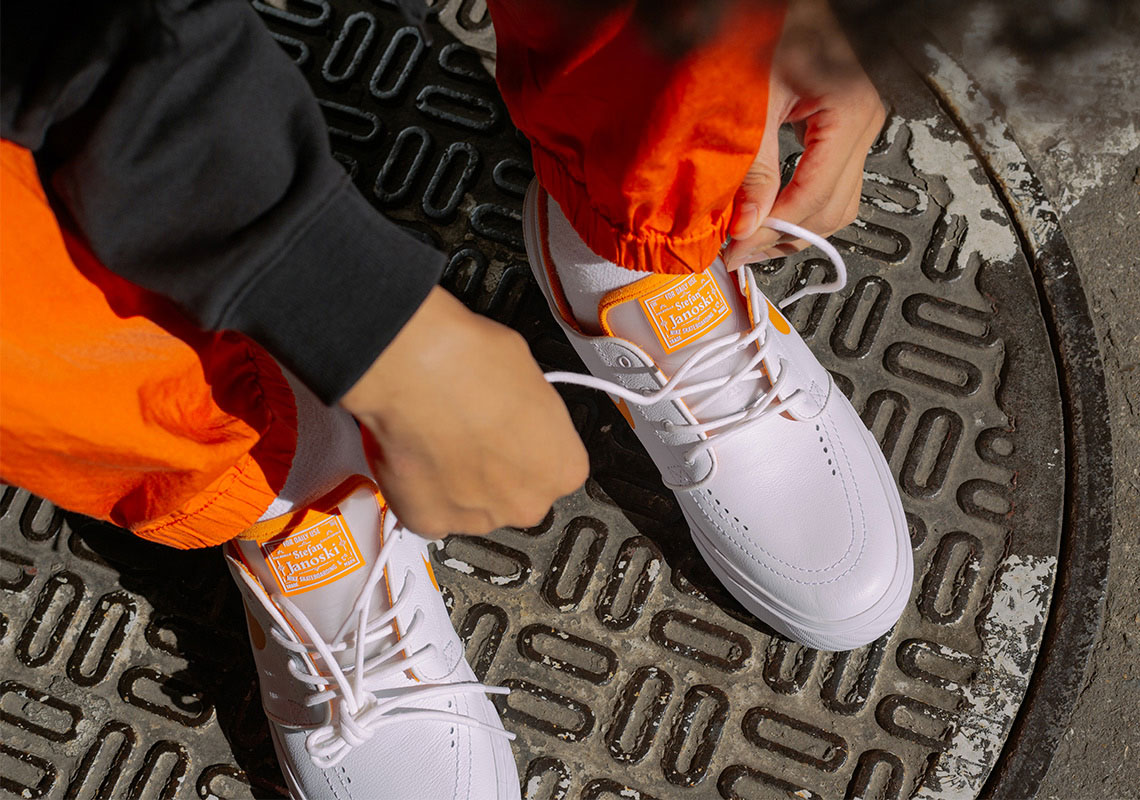 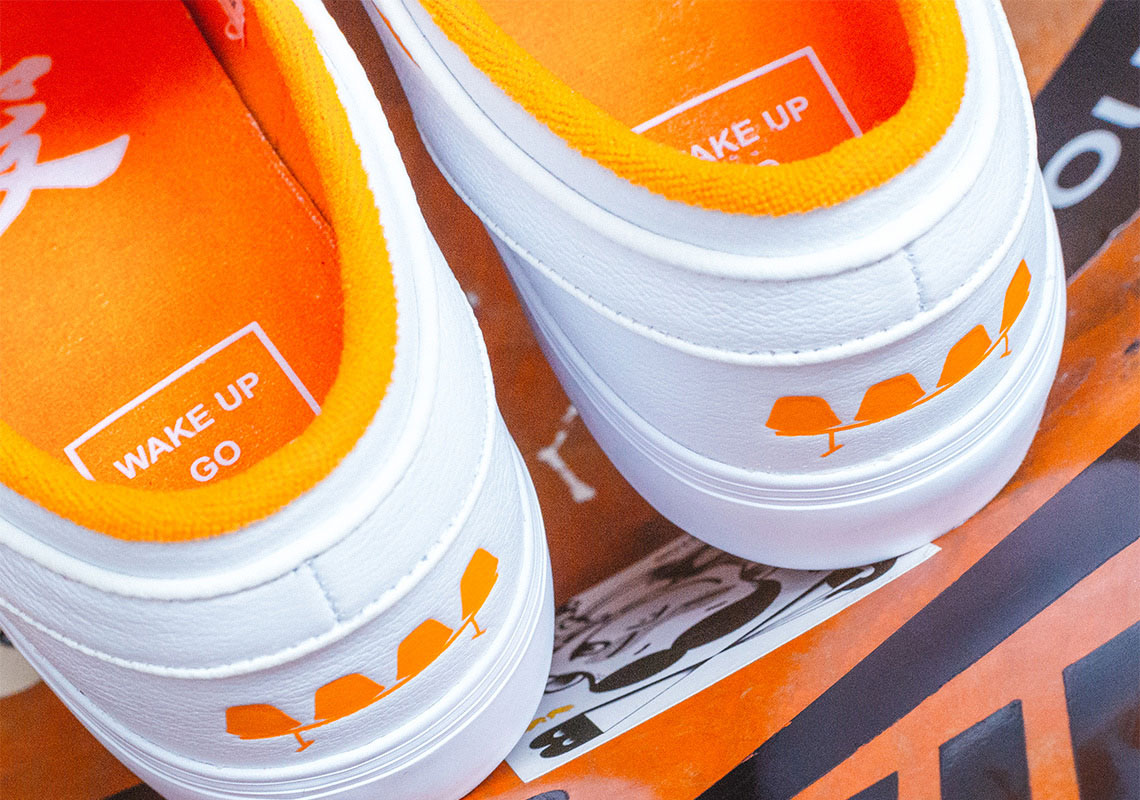 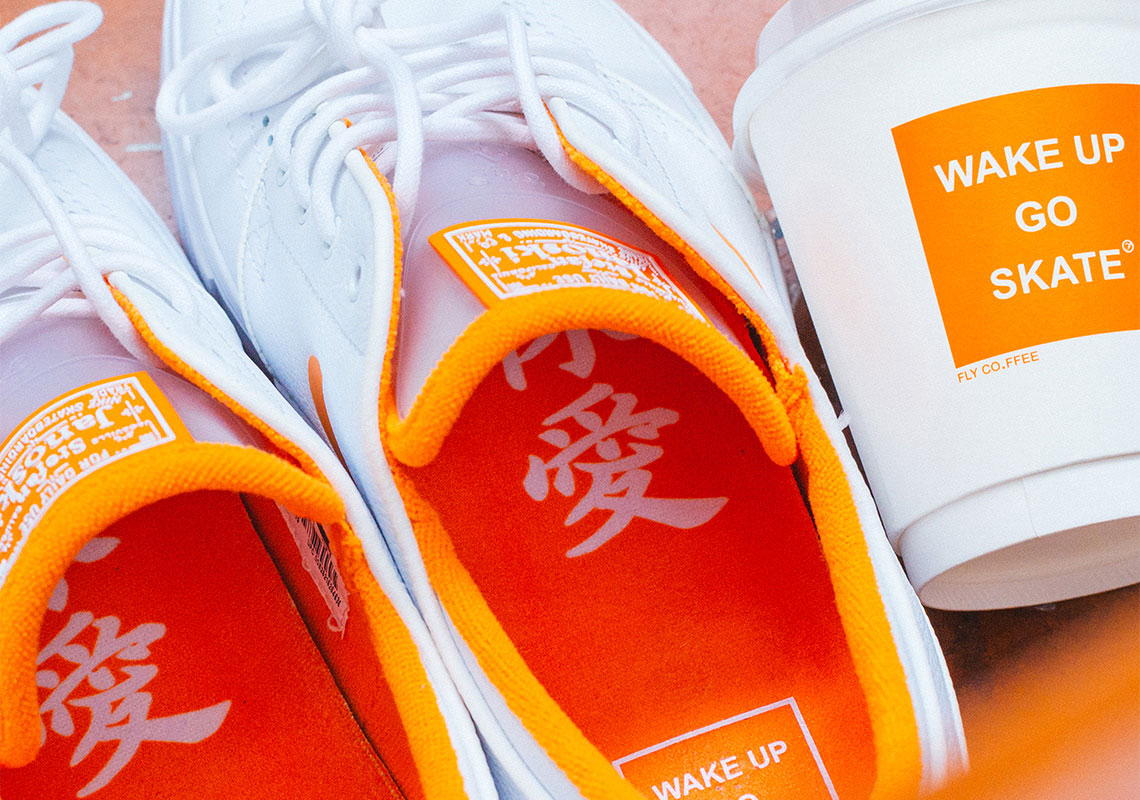 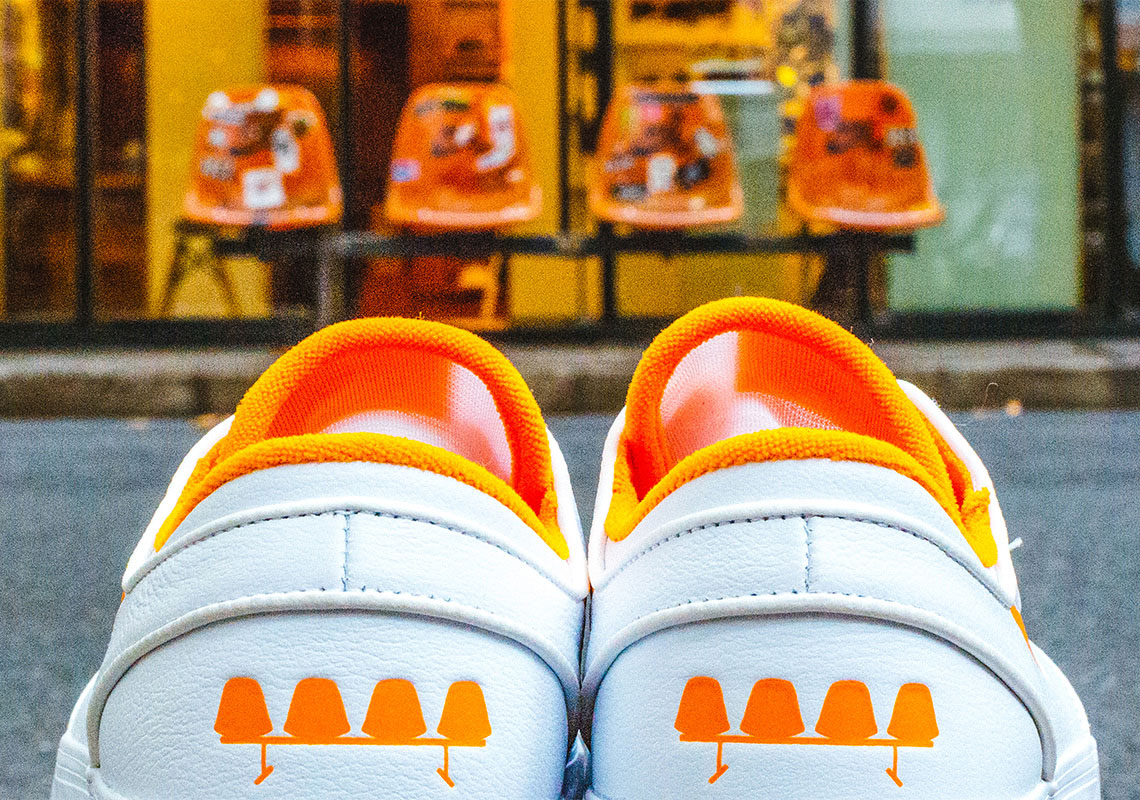 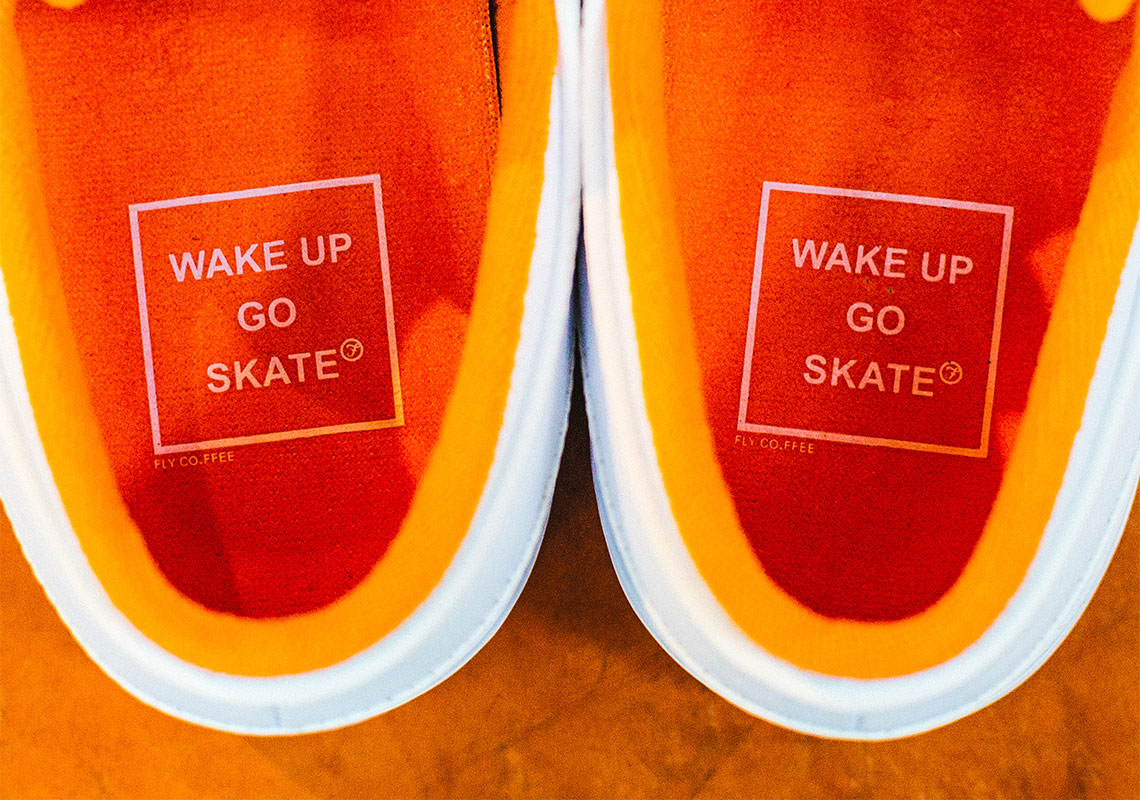