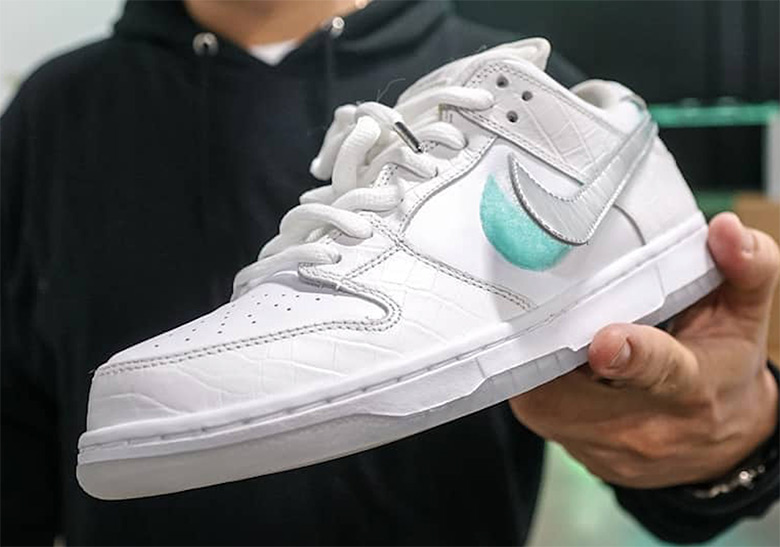 Diamond Supply Co sent excitement coursing through the veins of Nike SB lovers the world over when they revealed a black SB Dunk Low complete with removable Velcro Swooshes earlier this week. Now, things are getting even better for their loyal Diamond Lifers: it was recently revealed that a white colorway would be dropping alongside the black pair. The base color may be different, but the materials are very much the same — the upper calls upon a combination of reptile-textured and smooth leather, while the shiny silver Swoosh that can be peeled off to reveal an aqua blue Velcro base is present as well. A white midsole adds further to the tonal look, and a translucent outsole/bold silver lace tips complete the angelic aesthetic. Since first collaborating with Nike SB in 2005 — and then linking up for another project in 2014 — Diamond’s footwear has established a firm place in skate culture due to its high-street aesthetic and instantly recognizable look that’s certainly continued on by these white Dunks. A release date has not yet been revealed, but you can enjoy a first look at the new Nike shoes here. 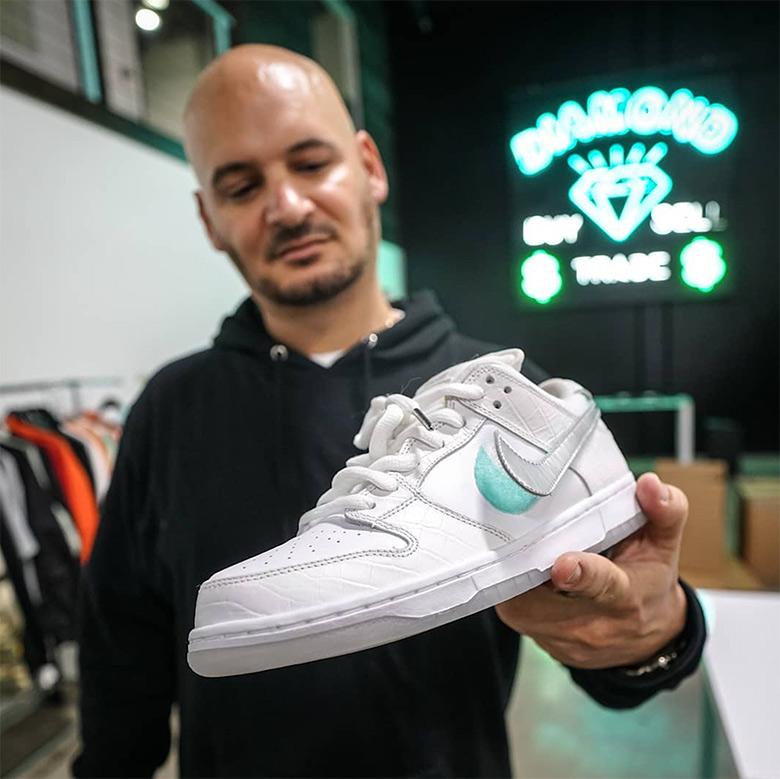