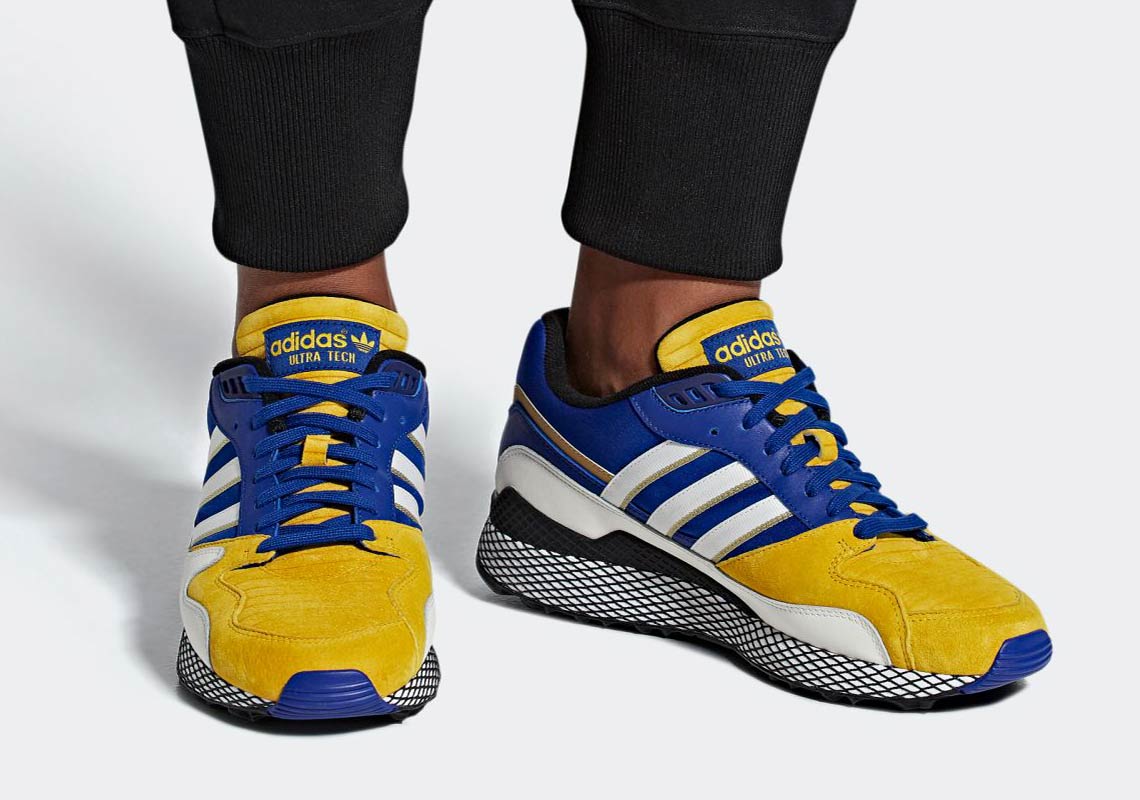 Next month, adidas and Dragon Ball Z‘s third collaborative pairing is set to release, paying homage to the numerous hard fought battles between Vegeta and Majin Buu throughout DBZ lore. Representing the Saiyan side of things, is a Vegeta-flavored rendition of the retro-inspired Ultra Tech silhouette. Starting the series off as one of Goku’s biggest enemies, the prince of the fallen Saiyan race eventually made his way over to the anime protagonist’s side but continuously found himself in a power struggle throughout DBZ’s countless seasons. Much like the rest of this esteemed collection, Vegeta’s Ultra Tech is ripe with details, from a ribbed toebox resemblant of his yellow armor, to an “Over 9000” hit on both heels that harkens back to his most famous catchphrase, that actually went on to inspire a viral meme. Under the hood, this finely-crafted iteration sports adidas Dragon Ball Z-branded insoles and a number five Dragon Ball graphic on the underside of its tongue, signifying this sneaker being the fifth of seven releases. No official release date for this new set currently exists, but grab an official look below and keep it locked for updates. 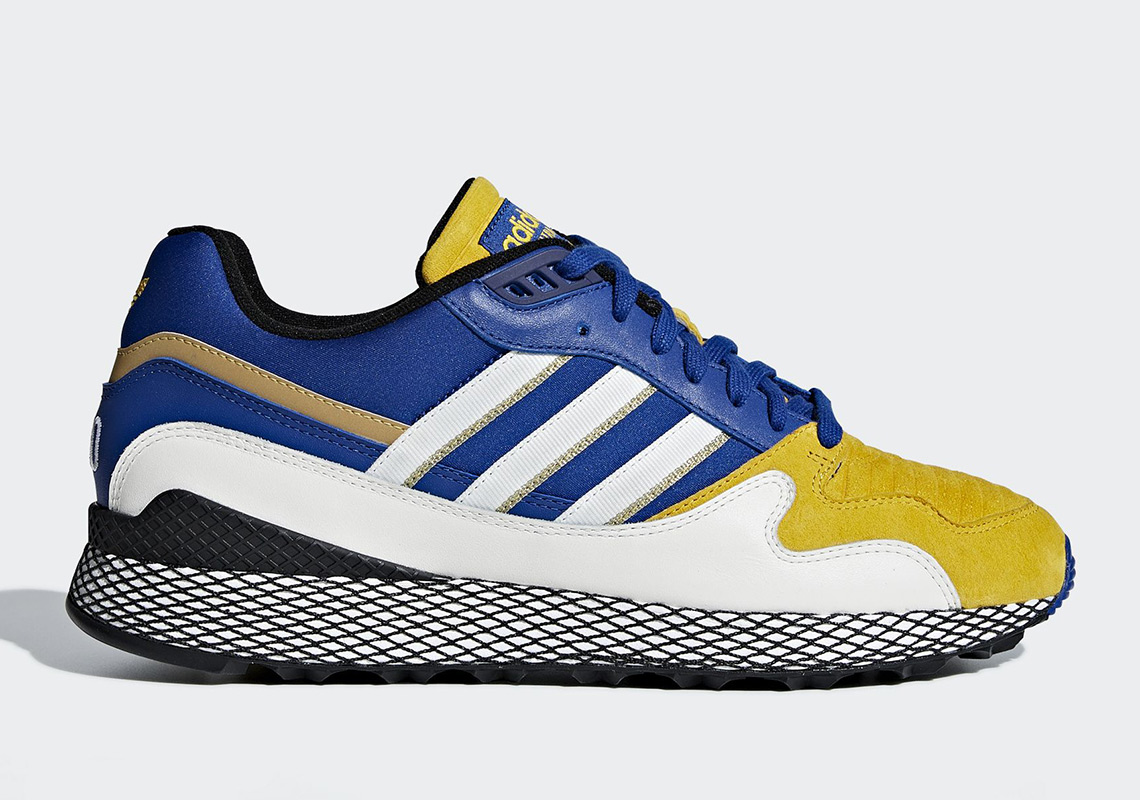 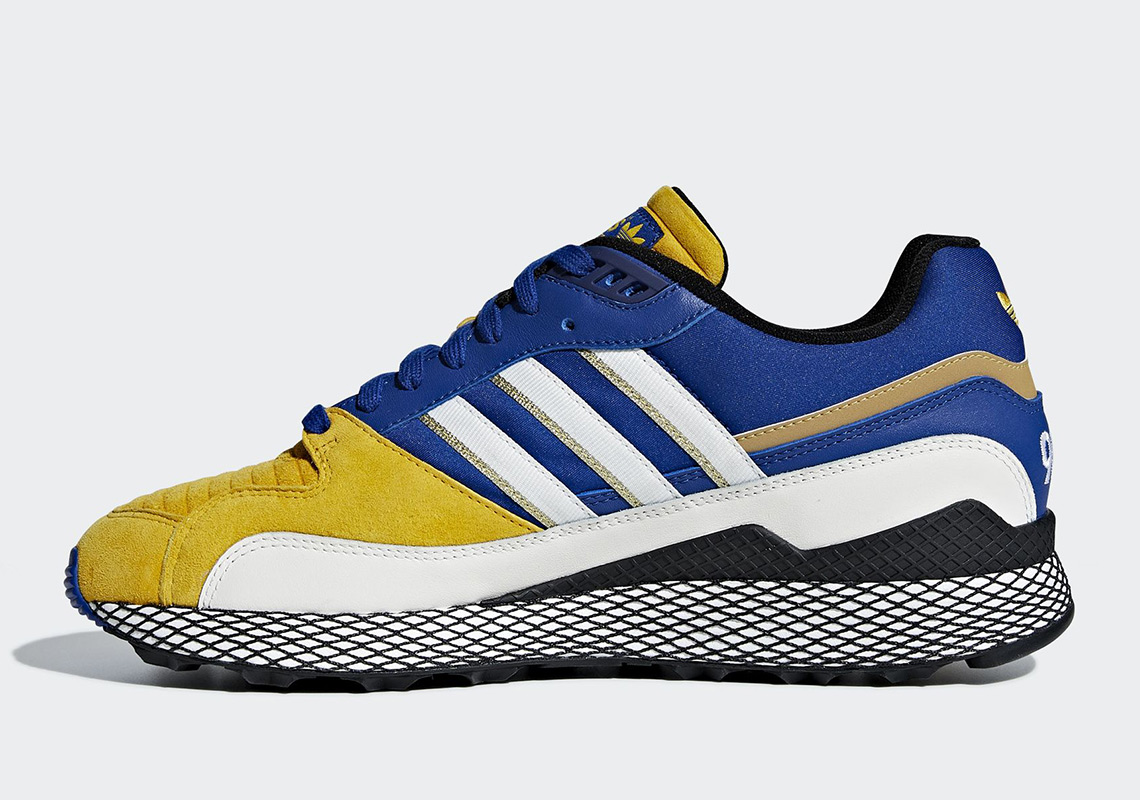 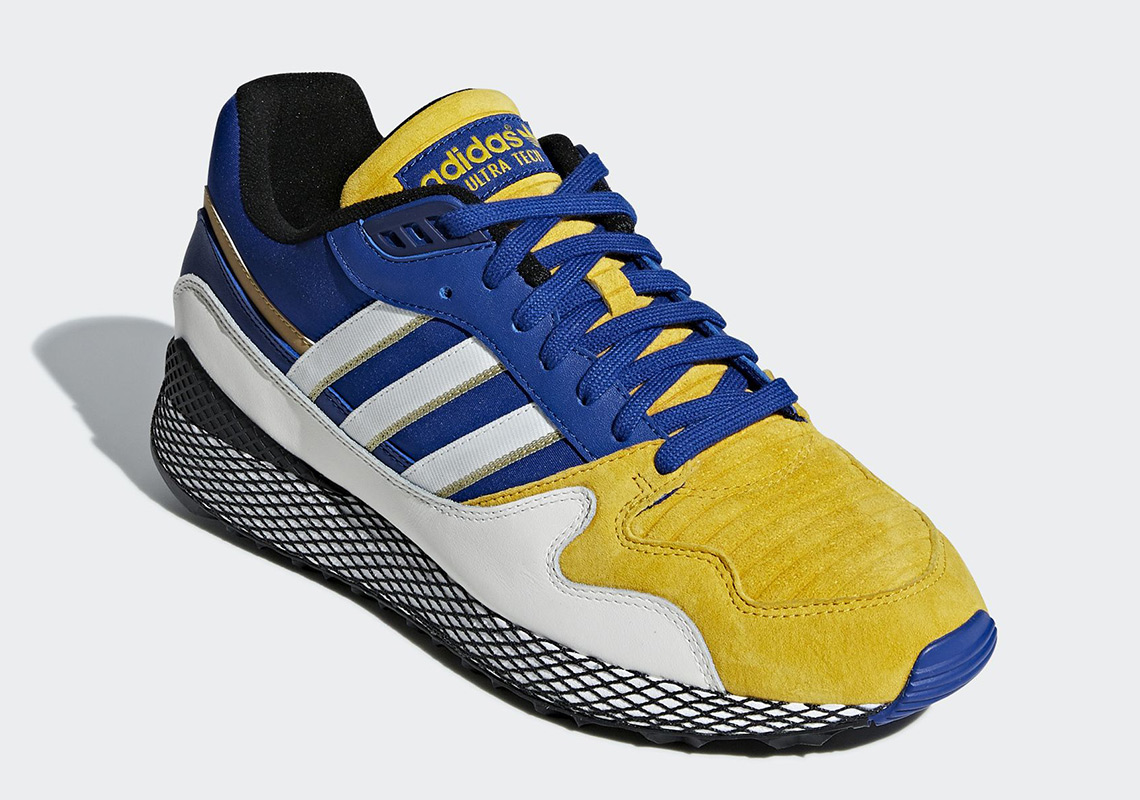 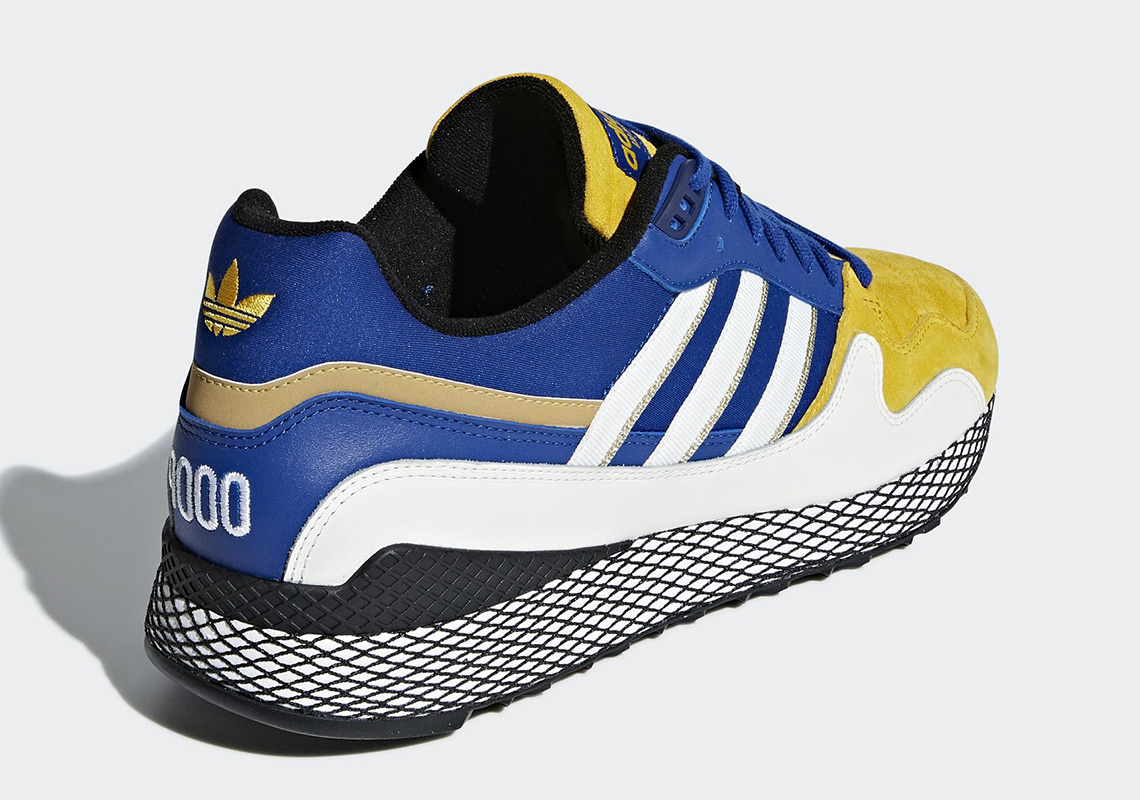 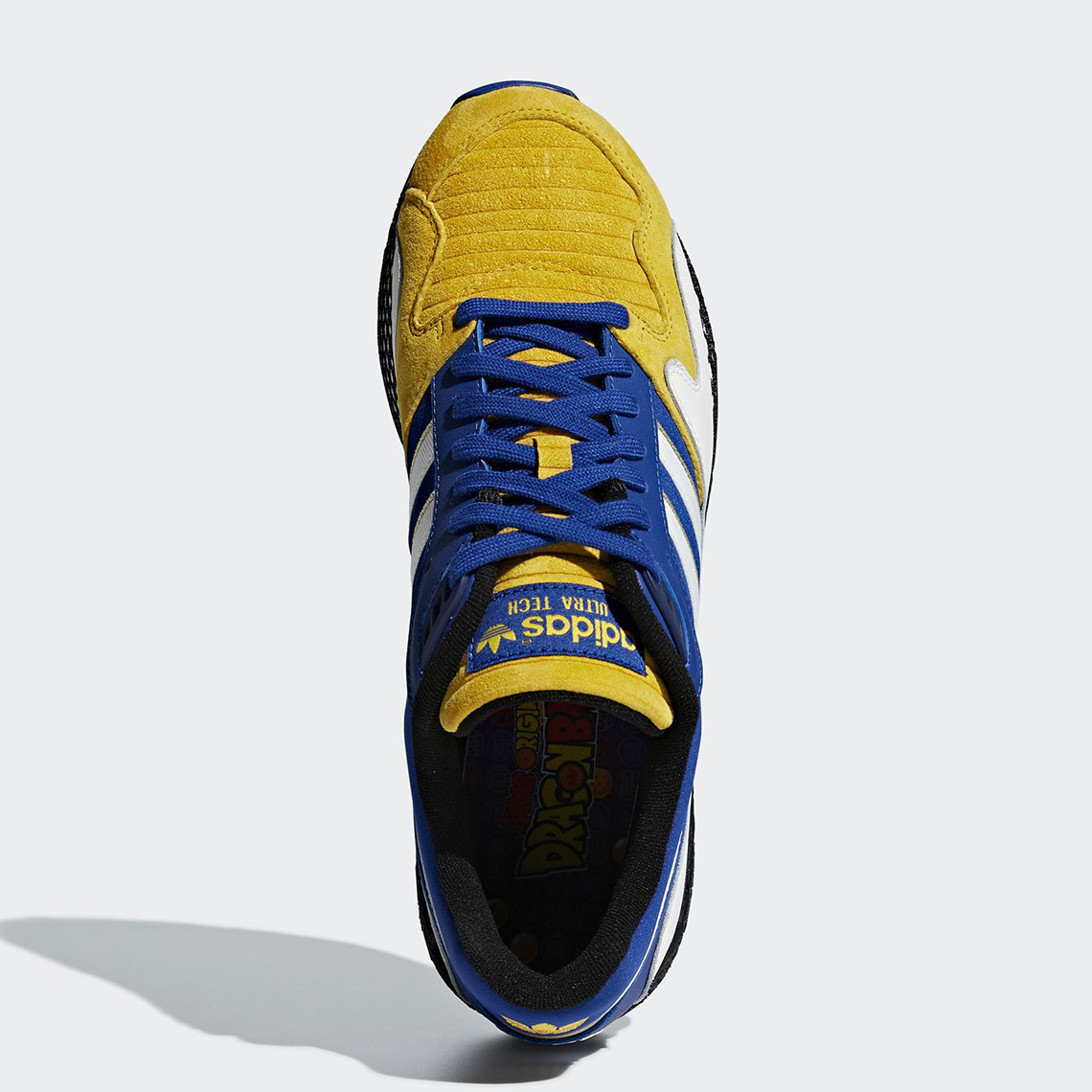 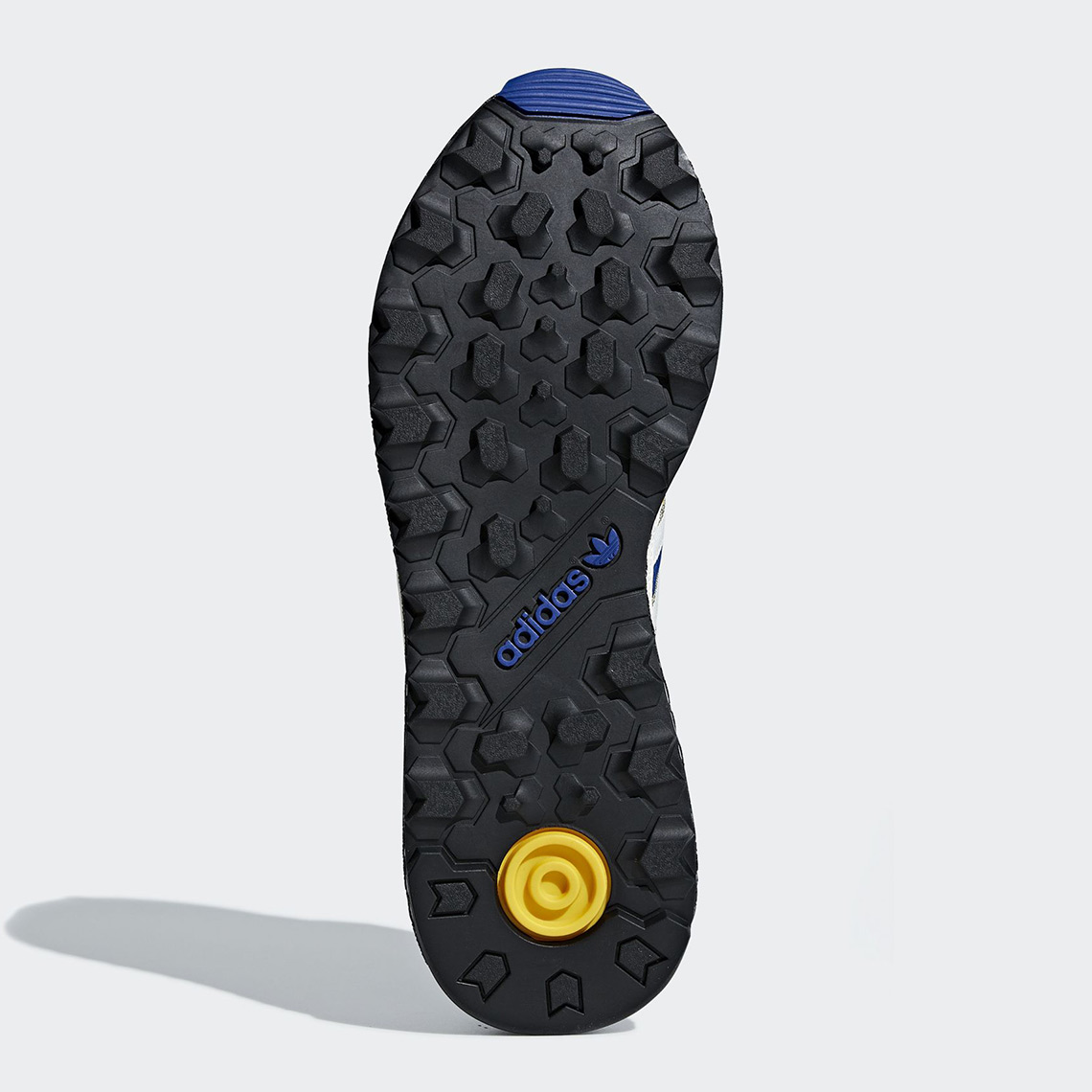