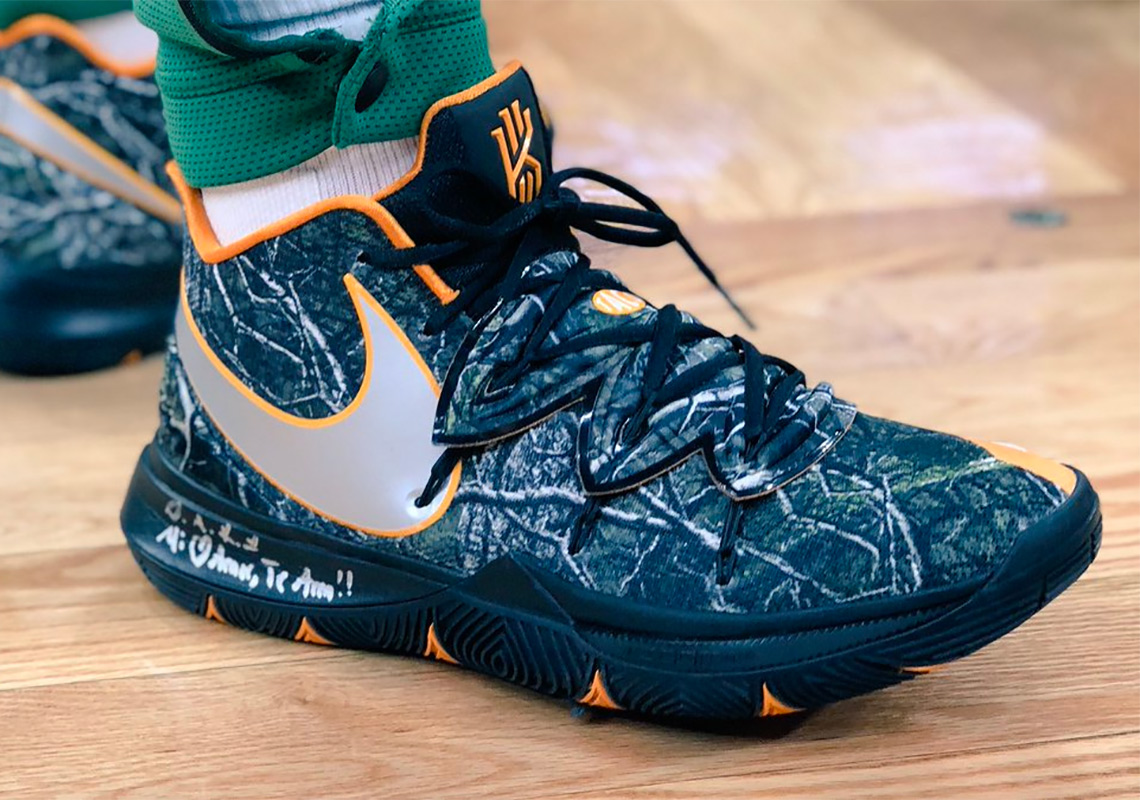 On the heels of the brand’s official unveiling of the signature shoe, Kyrie Irving has debuted the Nike Kyrie 5 signature shoe in tonight’s game between the Boston Celtics and Milwaukee Bucks. This special PE features woodland camouflage style patterns on the upper typically used for hunting bucks, bright orange accents and interior lining, and a massive Swoosh that wraps around the entire heel. What makes this particular PE so interesting is that it was designed in collaboration with none other than Travis Leonard aka Taco, the DJ who was affiliated with Los Angeles based rap collective Odd Future. It might seem like a strange pairing, but Taco and the star baller have forged a friendship over the years, which only speaks to Irving’s tendency to go a bit off the wall and against the grain. Kyrie’s also been spotted wearing Odd Future and Golf Wang gear from time to time, and his love of skateboarding draws yet another connection to the mischievous group of musicians. 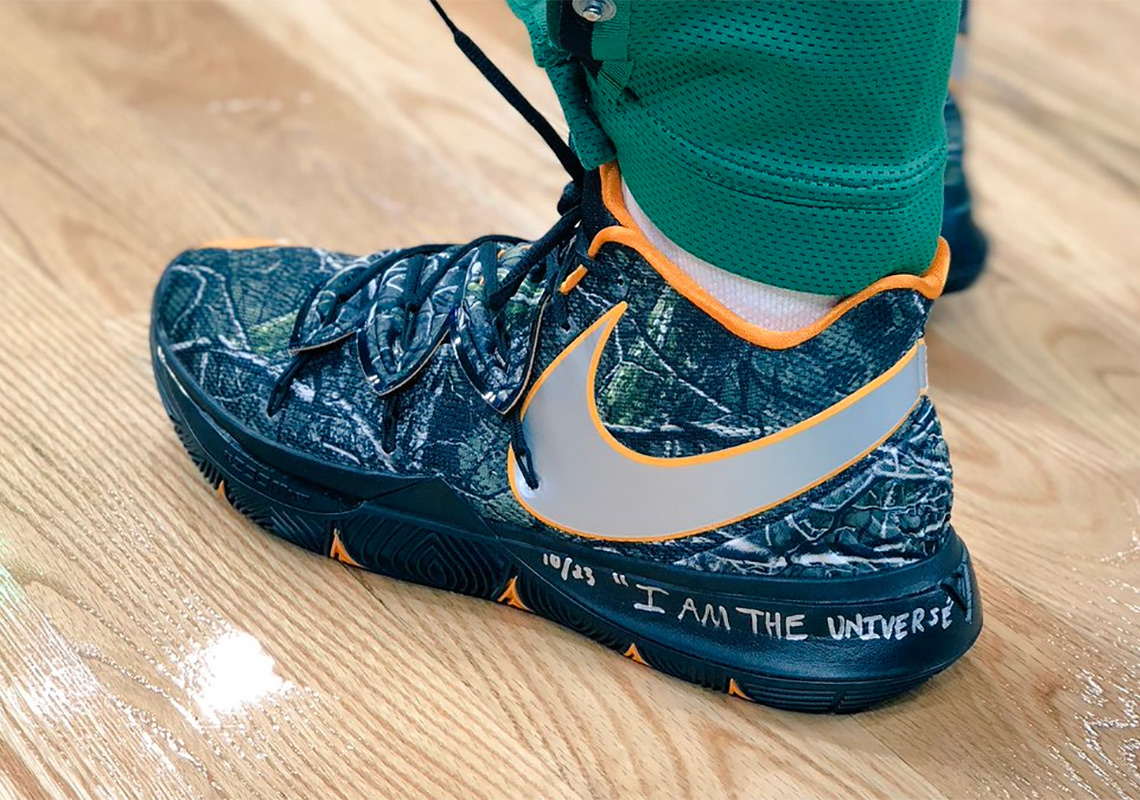 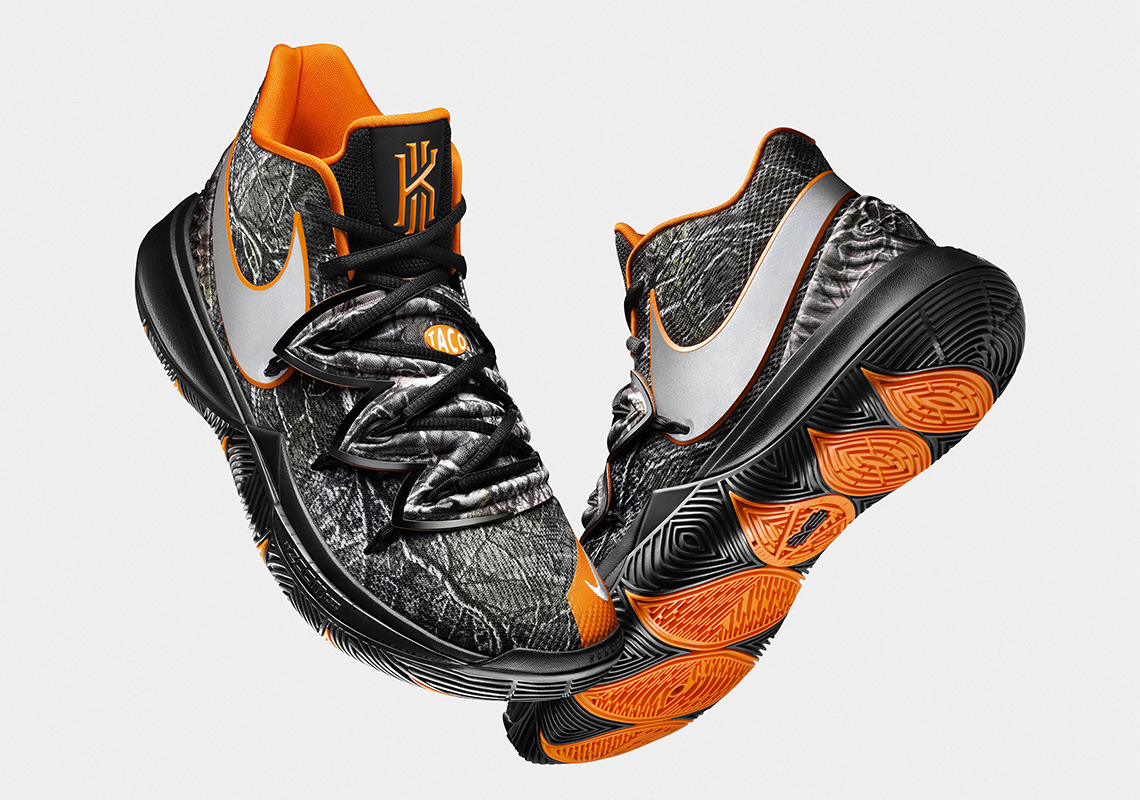