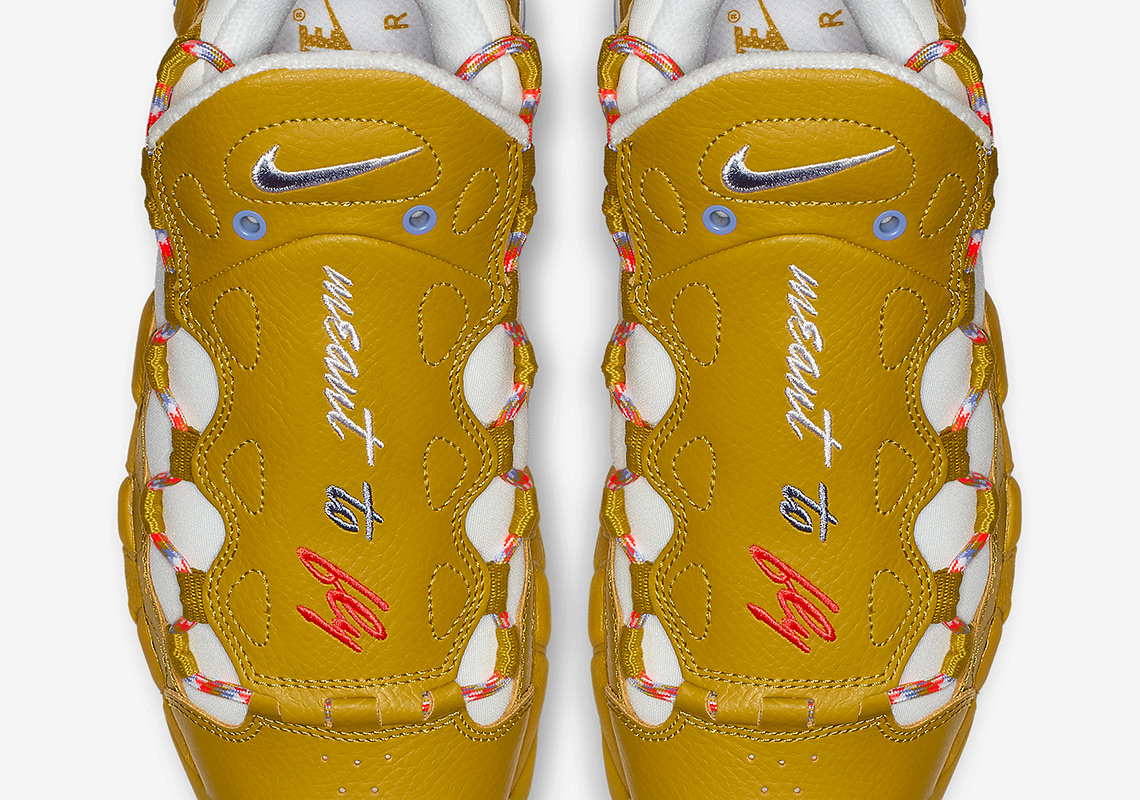 Nike’s newest Air More Money creation helps further the brand’s increased emphasis on two particular – and unrelated – things, the female sneakerhead and the resurgence of retro 90s hoops models. With a “Meant To Fly” nickname bestowed upon this iteration, it harkens back to an old school Nike ad from the 1980s that spread the message,  “Who said woman was not meant to fly?” as an advertisement for the WNBA. Dressed in gold, the More Money’s removable shroud boasts the same message in red, white, and blue, surrounded by matching hues on its rope and heel loop. White tones down this sneaker’s loud upper underneath its aforementioned shroud as well as inside its instep. Pairs of the Air More Money “Meant To Fly” are slated to arrive at Nike.com and at other stockists on November 11th. 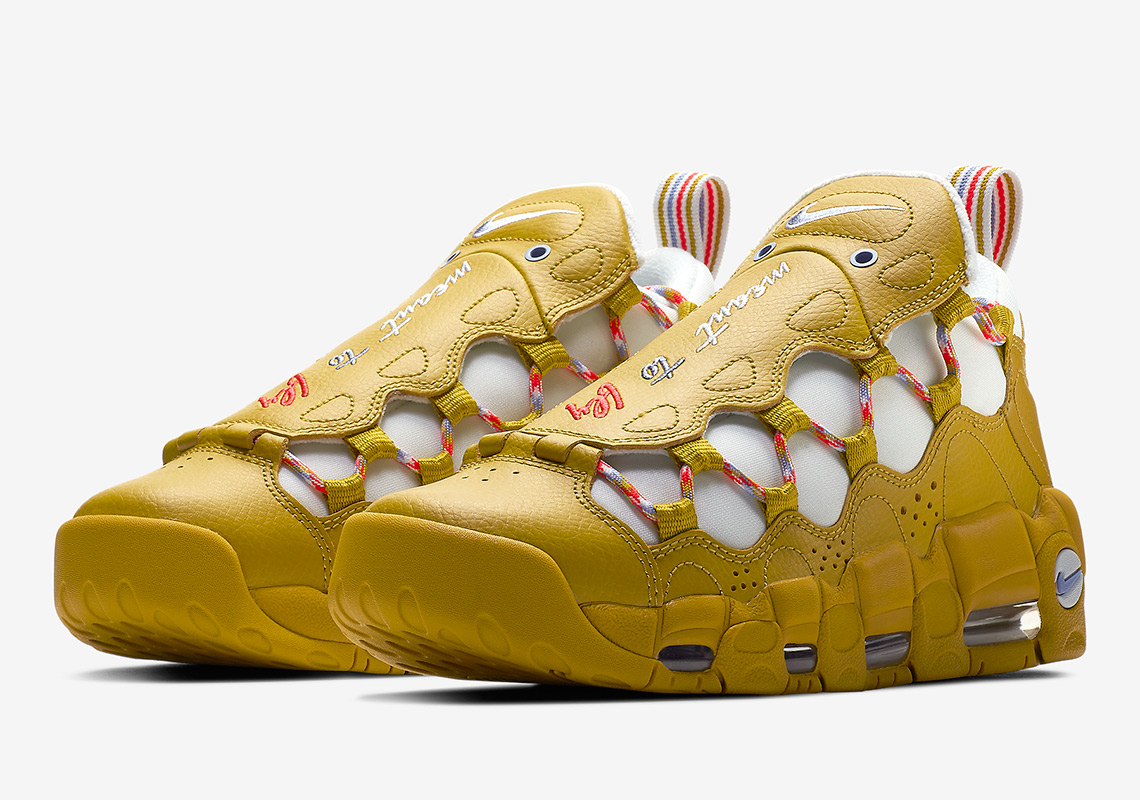 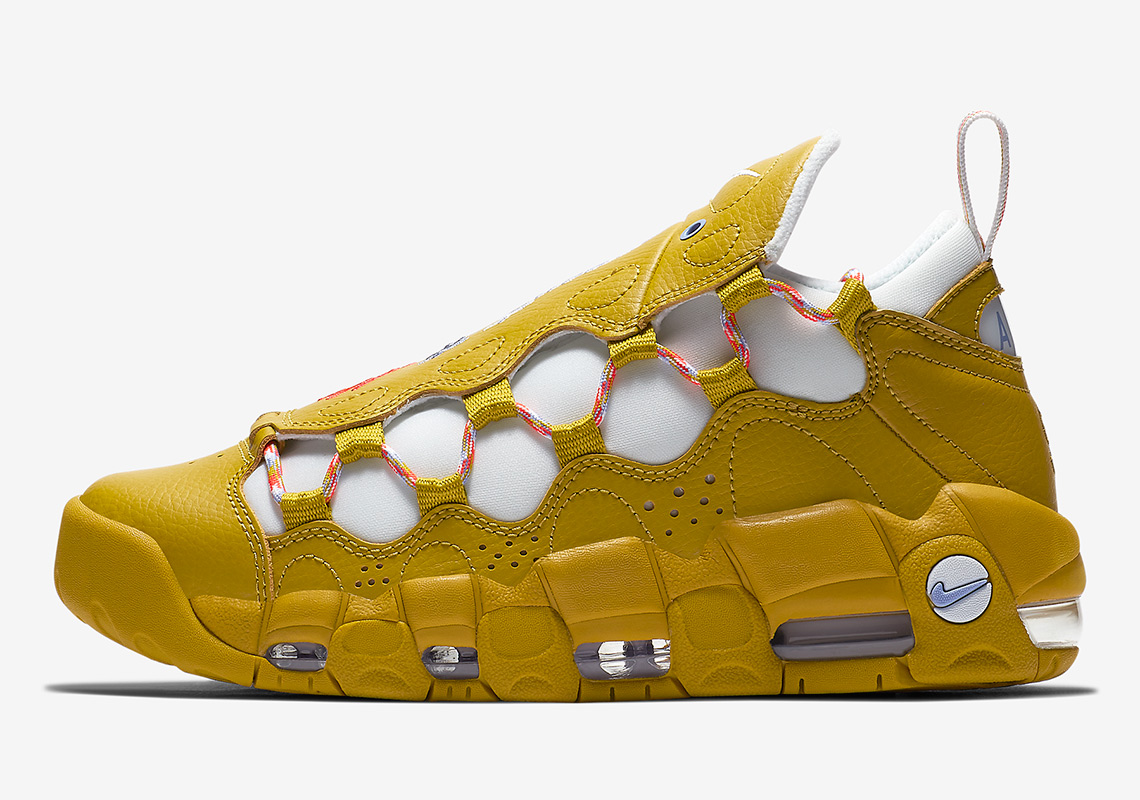 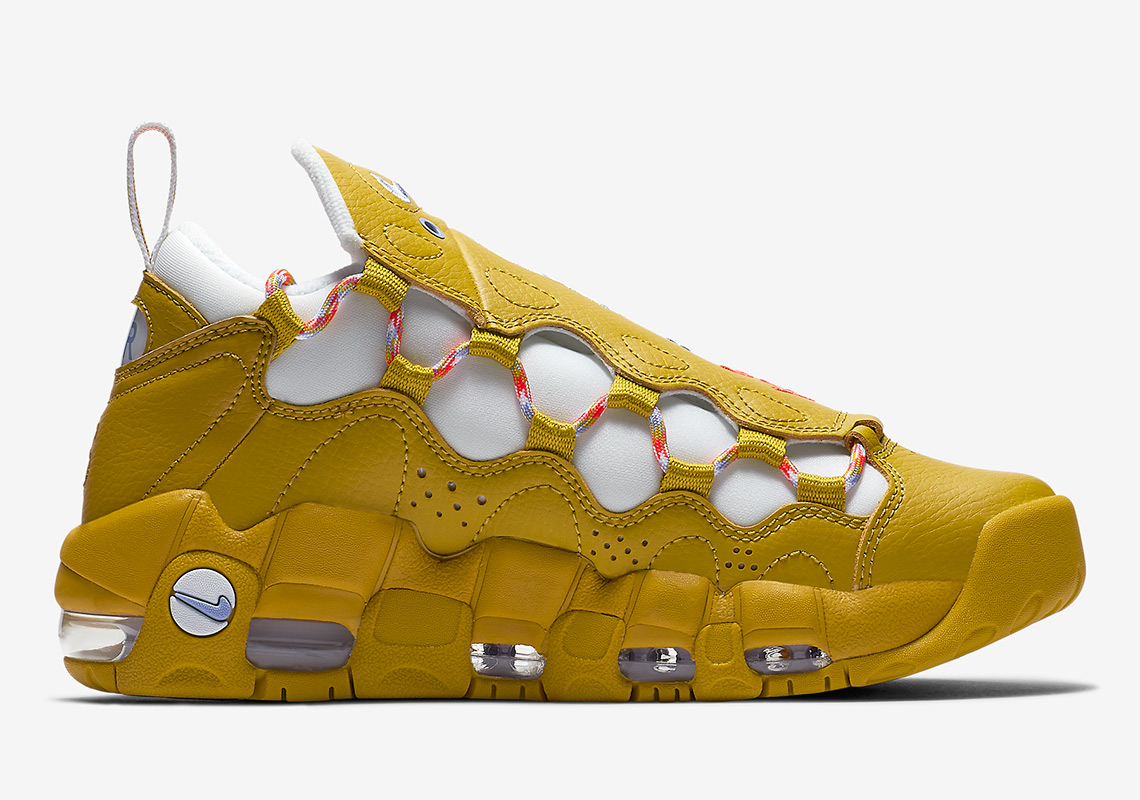 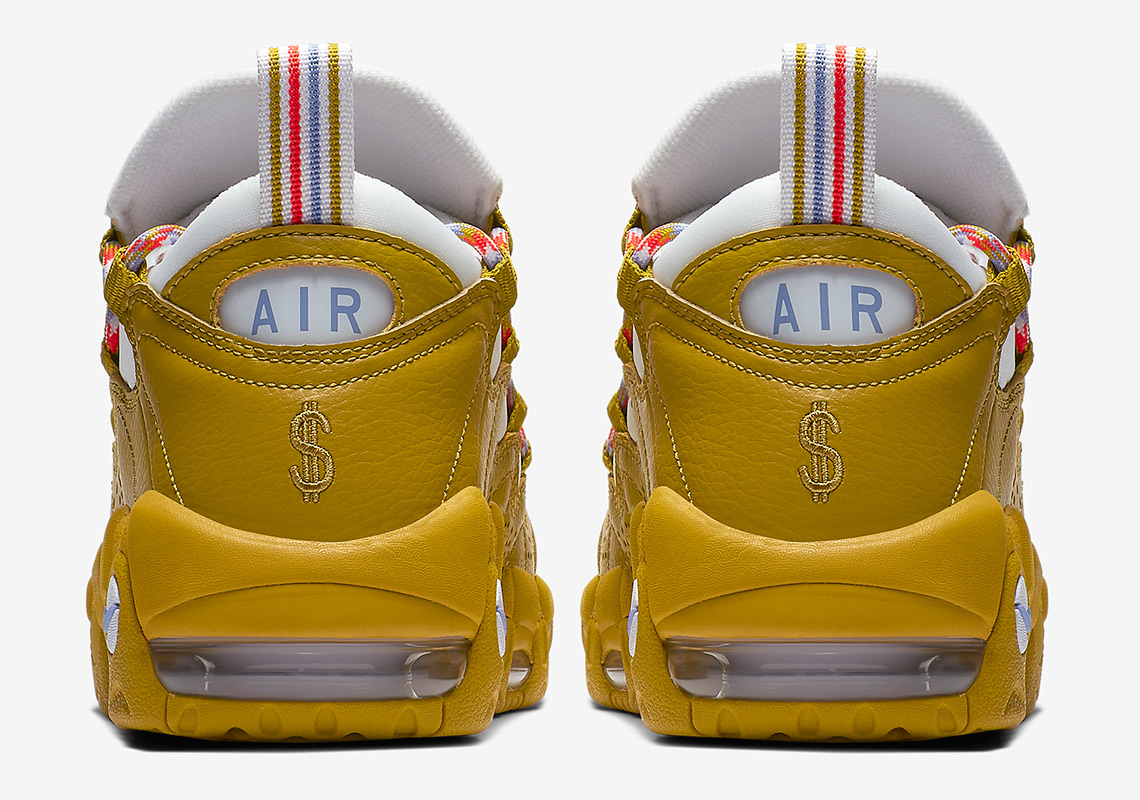 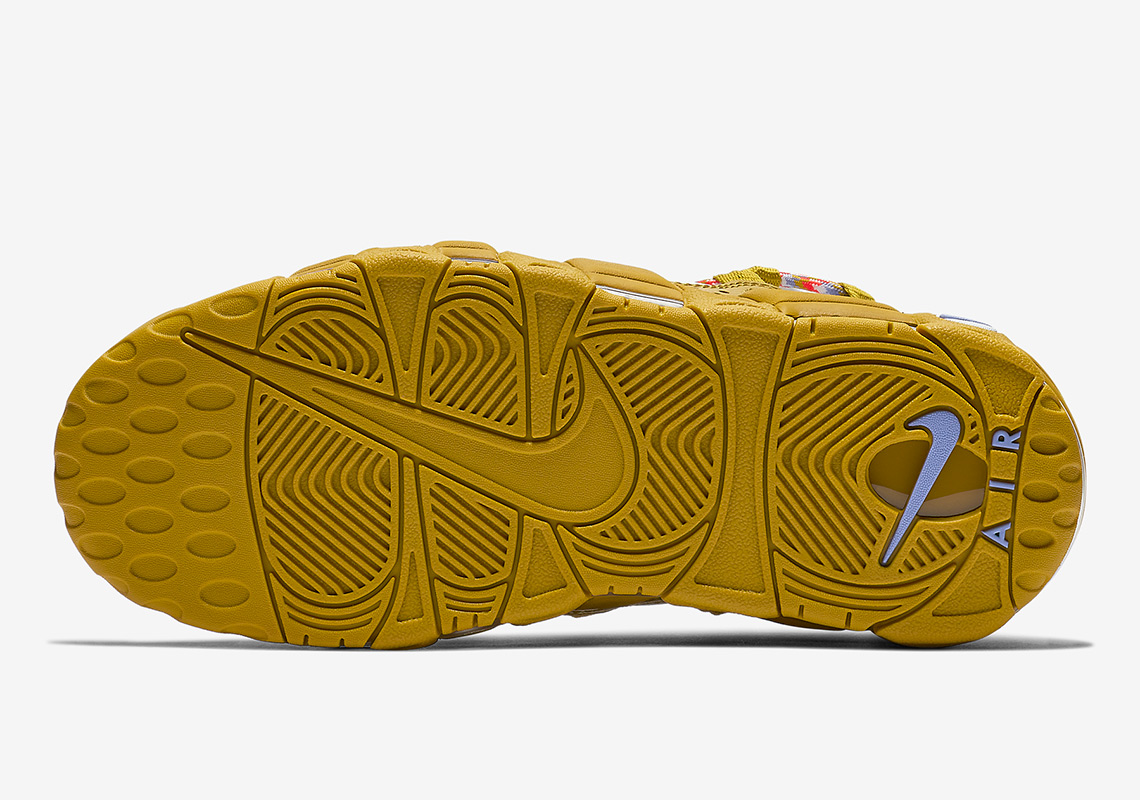 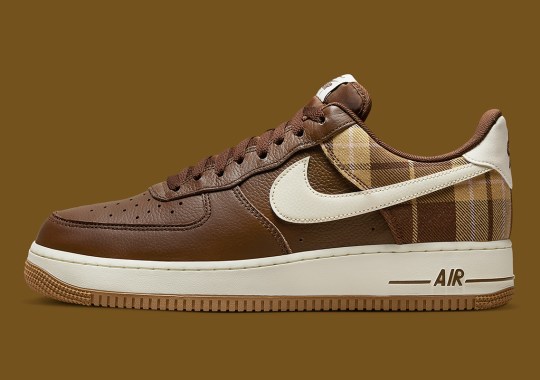