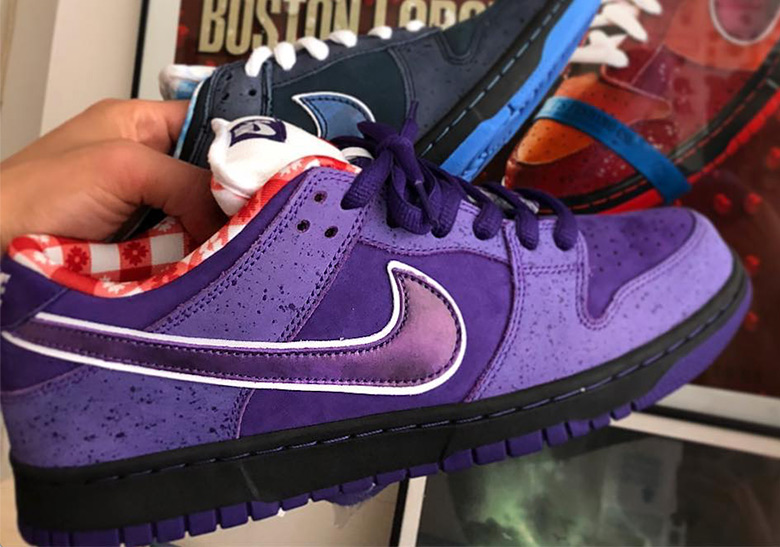 Nike SB is coming back in a major way this holiday season. After the release of the Diamond Dunks at ComplexCon caused a near-riot — forcing the drop to be cancelled — Boston-based Concepts is the next esteemed SB partner to offer up a new take on one of their classic collaborations: a pair of Purple Lobster Dunks. The striking new shoes feature all the accents that the line has become famous for, with speckled detailing and a bib-patterned sockliner inspired by the large bibs you wear when devouring the delicious crustaceans, all on top of a luxurious two-tone purple base. Concepts first brought a lobster-inspired design to market ten years ago to pay homage to the local fishing culture and the natural rarity of certain colors. A red pair originally dropped in 2008, followed by a blue pair and an extremely rare yellow pair in 2009. It was revived in an alternate fashion earlier this year when Boston Celtics point guard Kyrie Irving sported a pair of “Green Lobster” Nike Kyrie 4s on-court. According to recently spotted billboards in California, the “Purple Lobster” Dunks will release December 14th, so keep it locked here for further release/pricing information as it’s available. 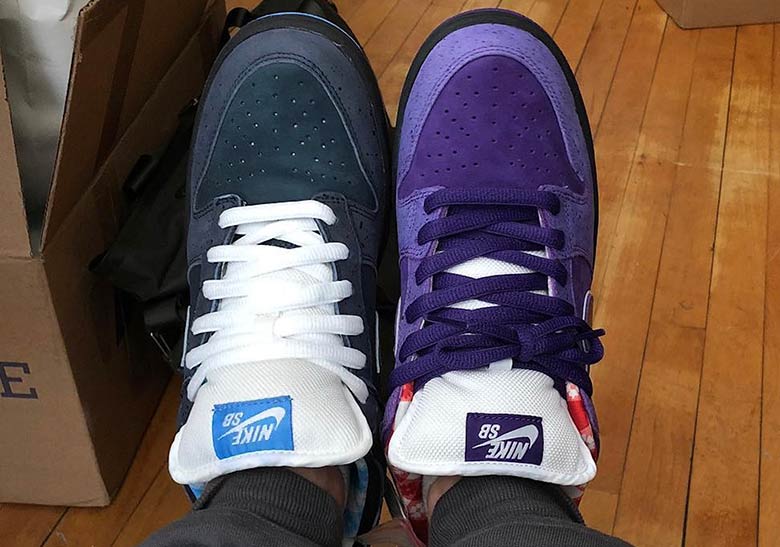 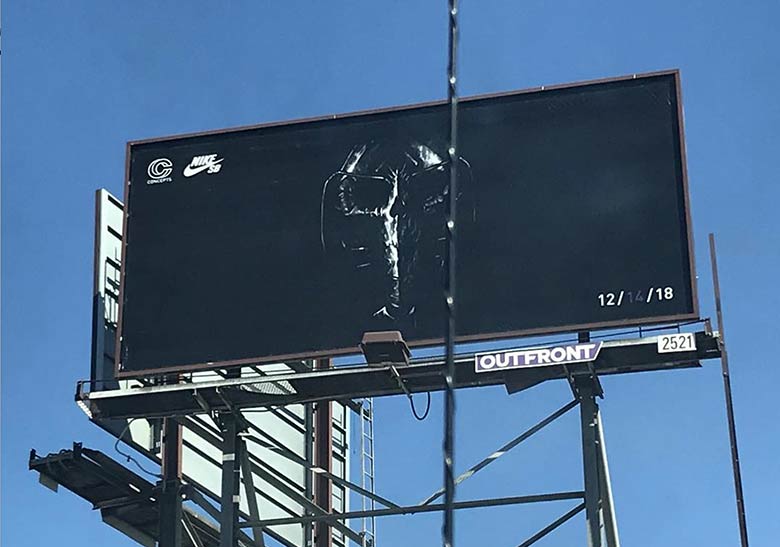