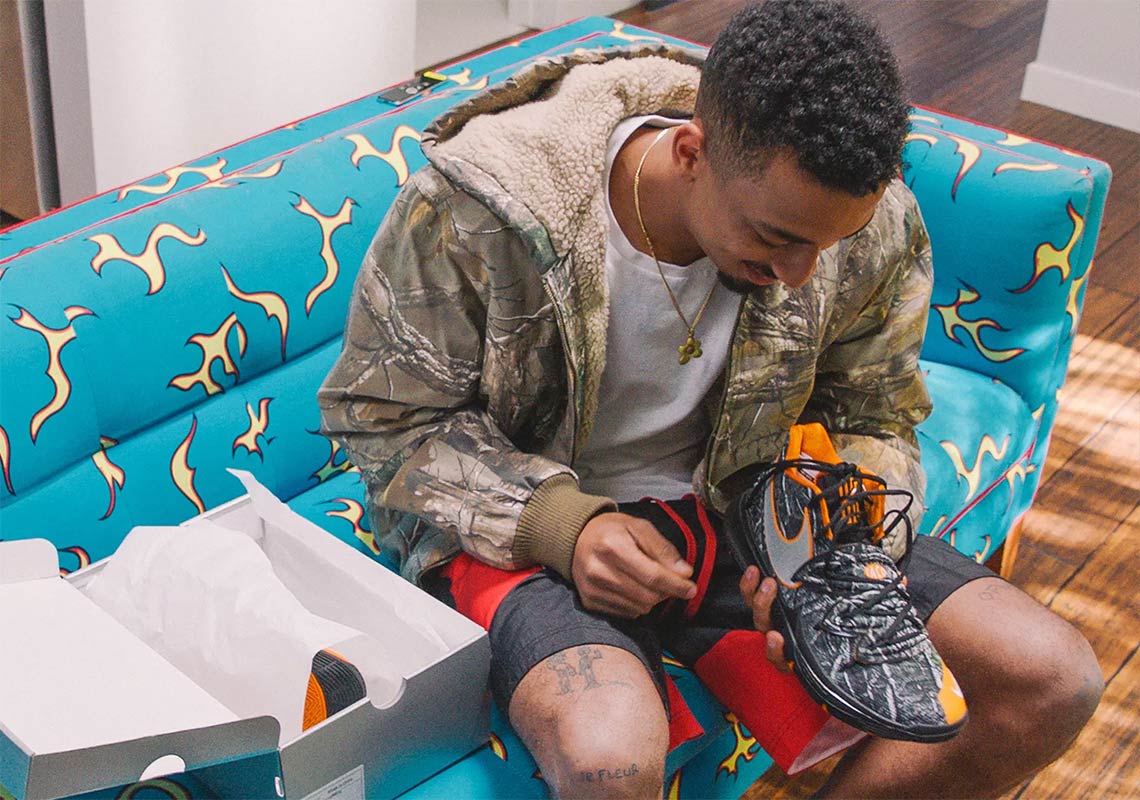 Taco Explains His Connection With Kyrie Irving Through Nike Collaboration

When a collaborative Nike Kyrie 5 with Travis “Taco” Bennett was first announced, it seemed strange to many. What did Kyrie Irving and Tyler The Creator’s DJ have in common? More than you may initially think. Although the two chose vastly different career paths, their origin stories and ascents to success are strikingly similar. Both came up as part of a team — Irving with LeBron James on the Cavaliers and Taco as part of the Odd Future collective — then made major moves to come into their own and truly rise to the very top of their professions. It’s more than just similar backstories though: the two share a love of video games/unique music, and Bennett was even a talented basketball player in his younger days. The special shoes are just as unique as the two collaborative parties, featuring a striking woodland camouflage upper with hunting-style neon orange accents and large silver swooshes. If you’re in LA or Boston, you can unlock exclusive access to the “Taco” Kyrie 5s, and if you’re not, you can expect Taco and Kyrie’s new kicks to release on Nike SNKRS November 16th for $130 USD. 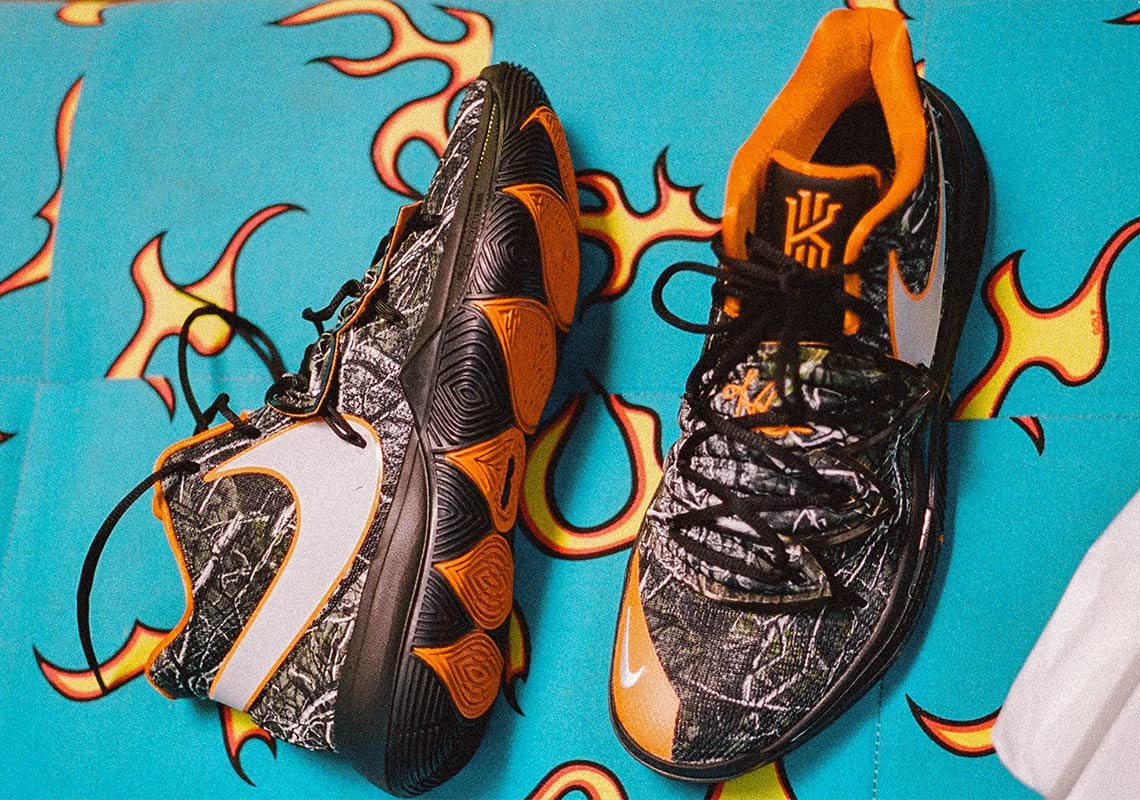 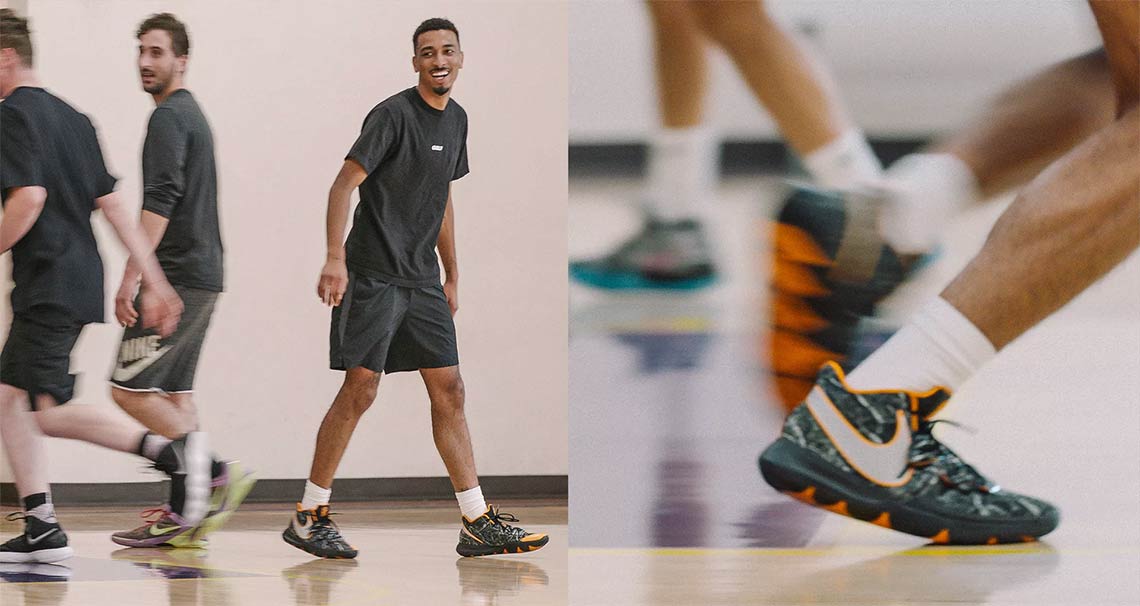