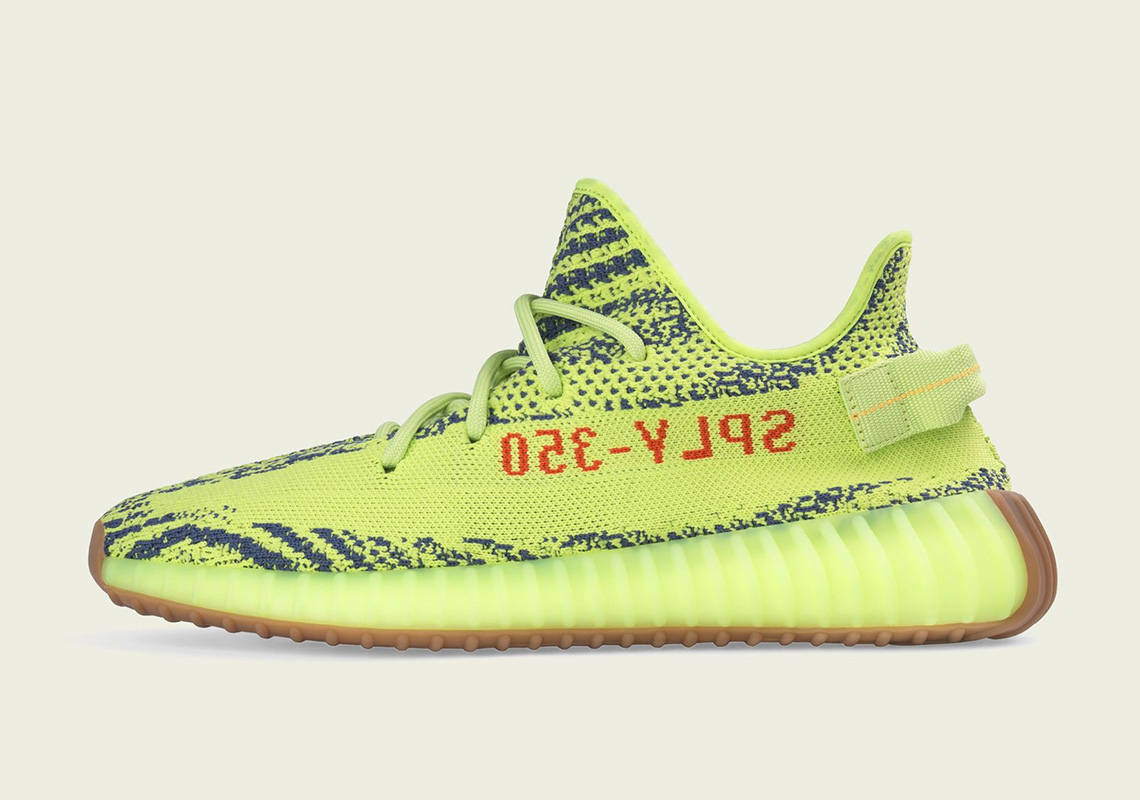 The adidas Yeezy Boost 350 v2 “Semi Frozen Yellow” is set to release again on December 14th, 2018. Originally dropping in late 2017, this new colorway featured a bright highlighter yellow upper with dark blue streaks and a solid gum brown outsole. Beyond the attractive colorway, these Yeezys were among the rarest out there as they’ve retained a consistently high resale value. Now, like numerous other 350 v2s before it, the Semi Frozen Yellow Yeezy are slated to restock worldwide on December 15th, and it’s safe to assume that significantly more units will be available to consumers this time around, making them widely available like the Triple Whites and the Zebras of September and November, respectively. Enjoy an official look below and for now, check out the growing store list for the Sesame Yeezys dropping on November 23rd. 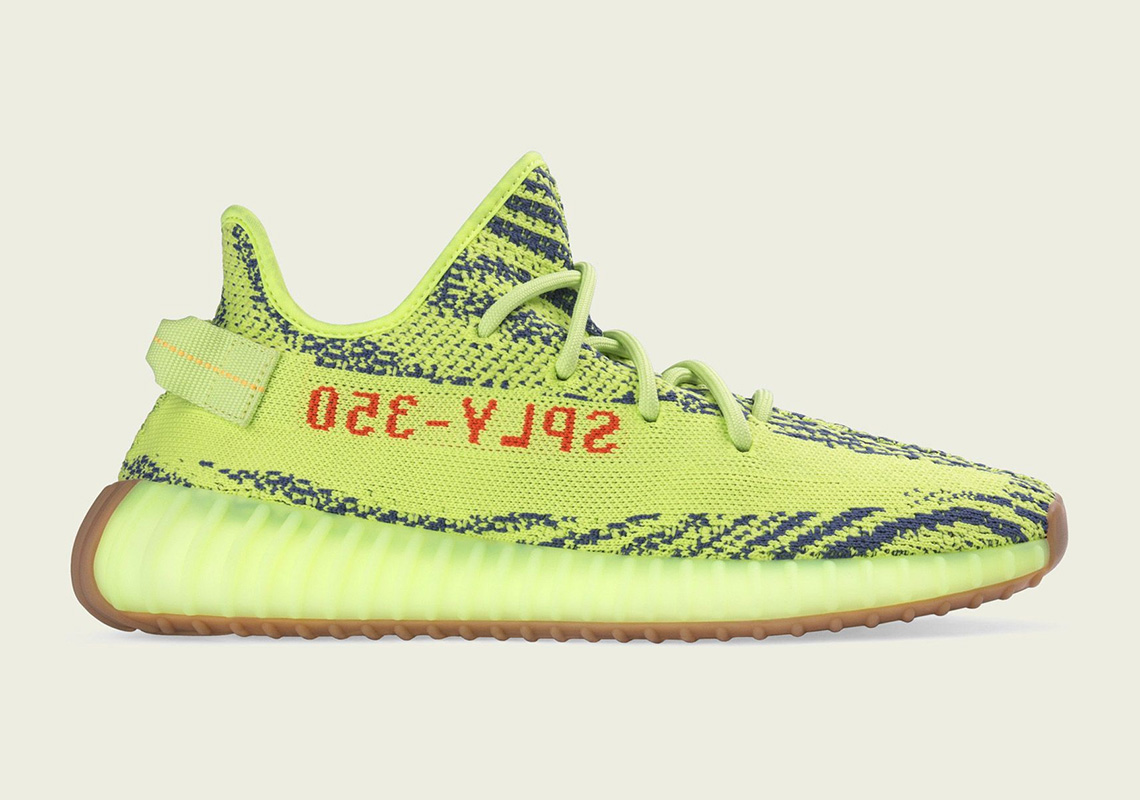 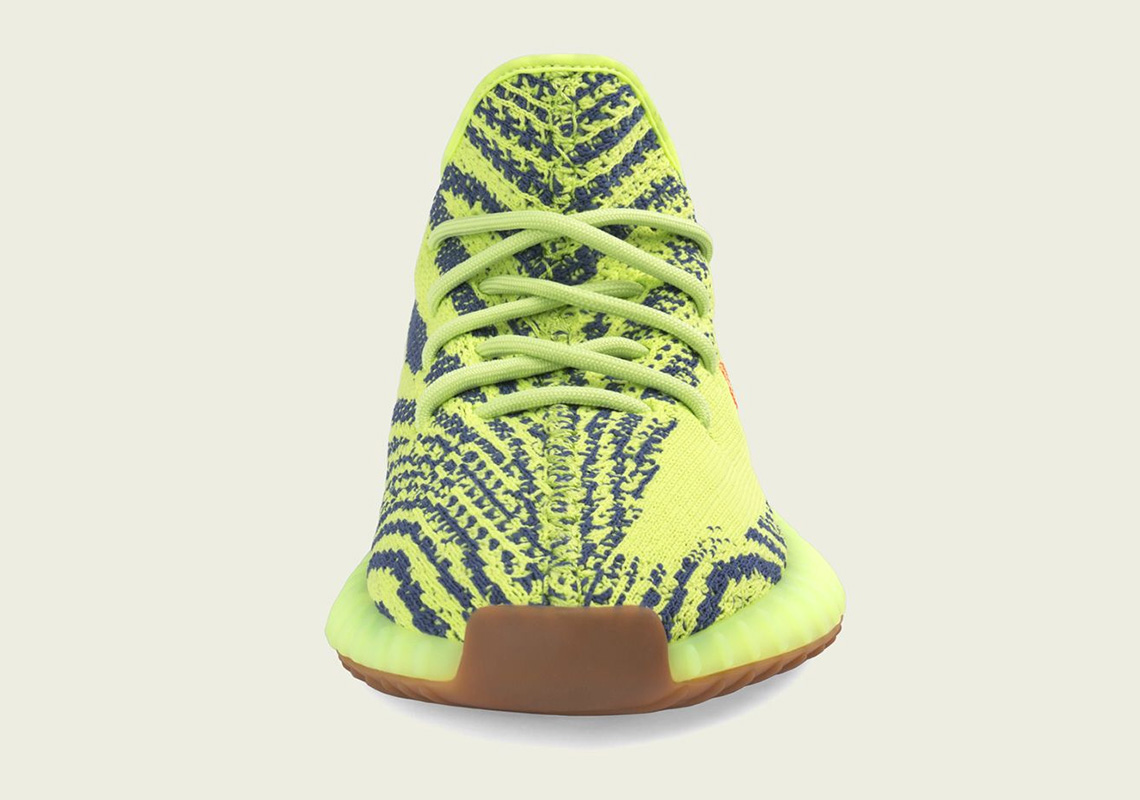 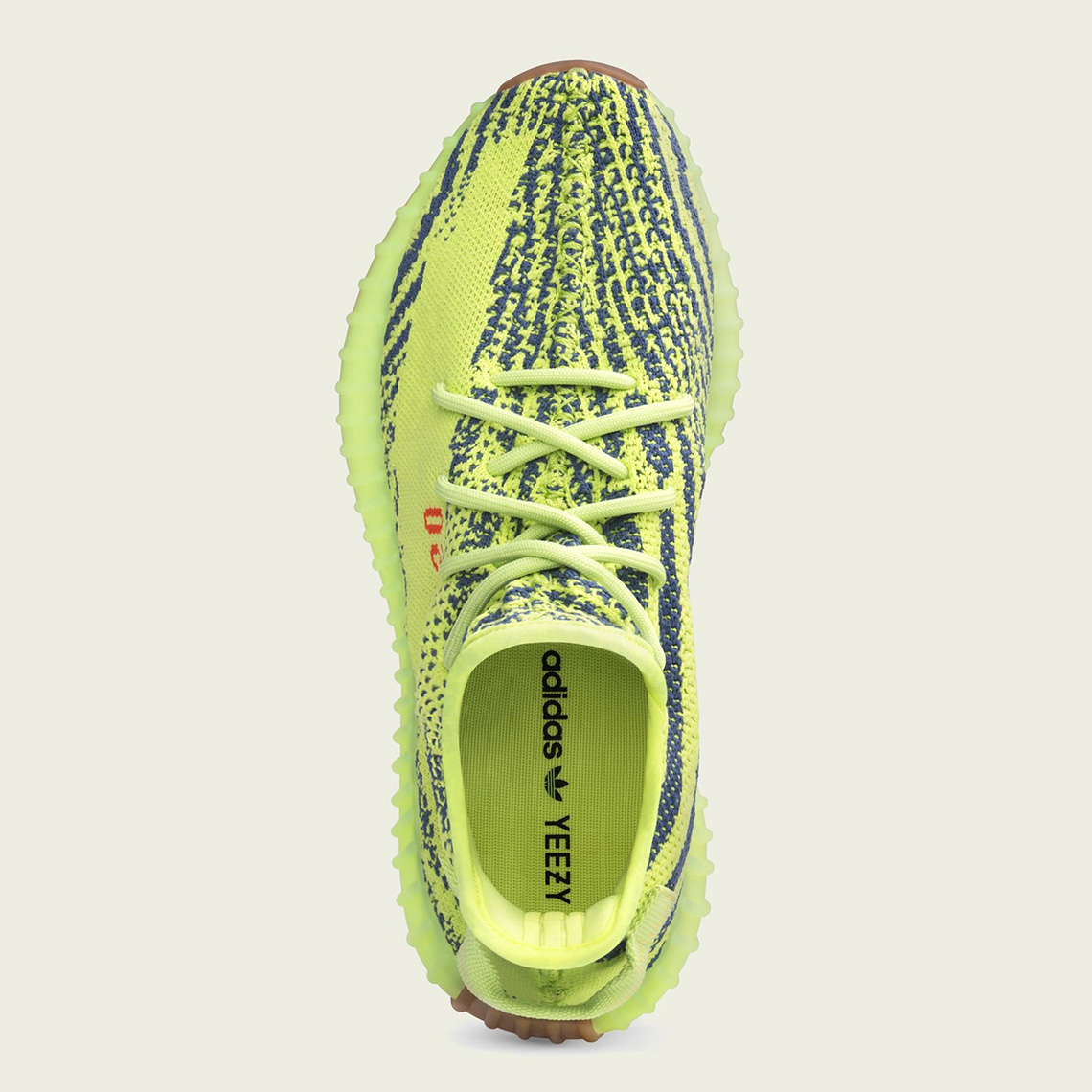 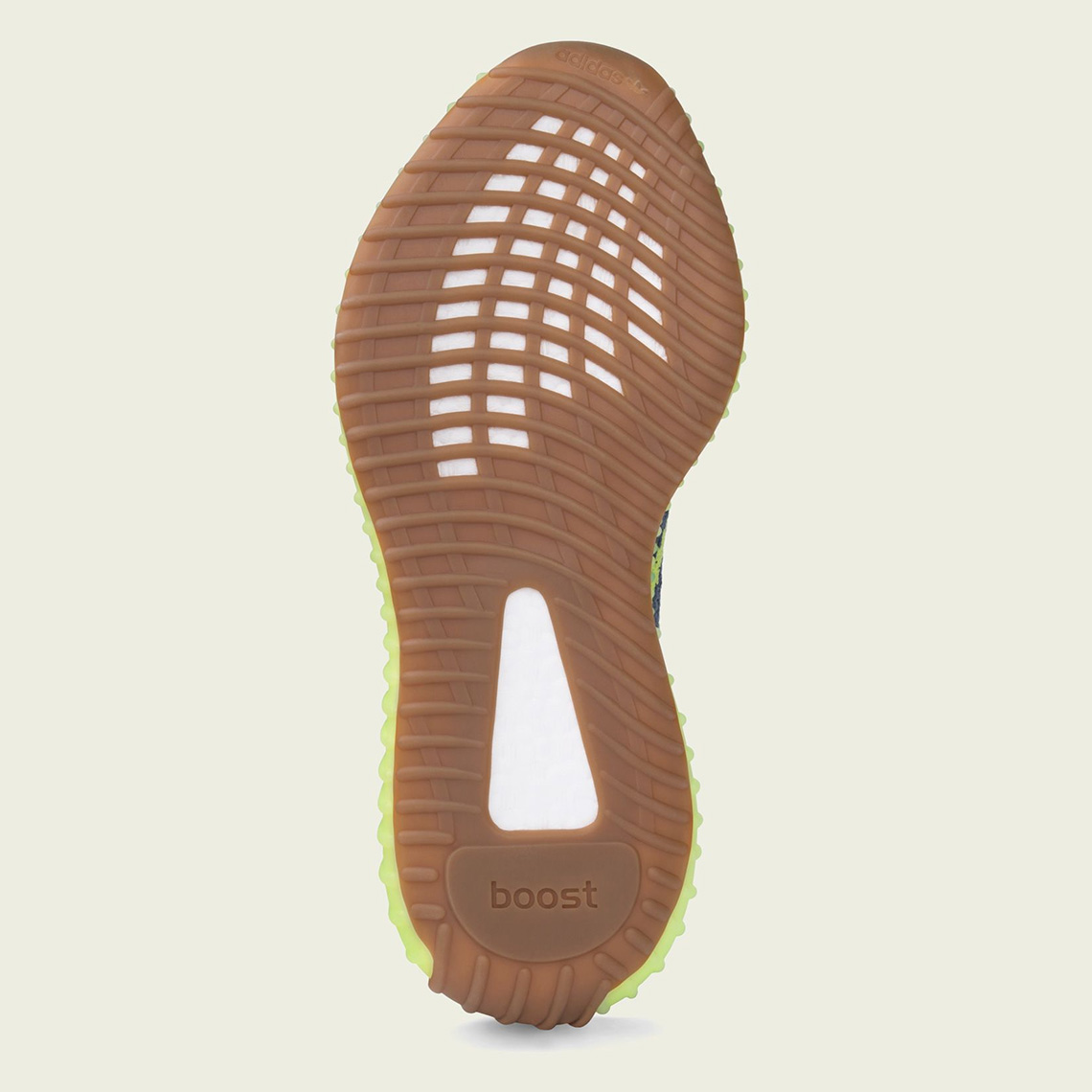